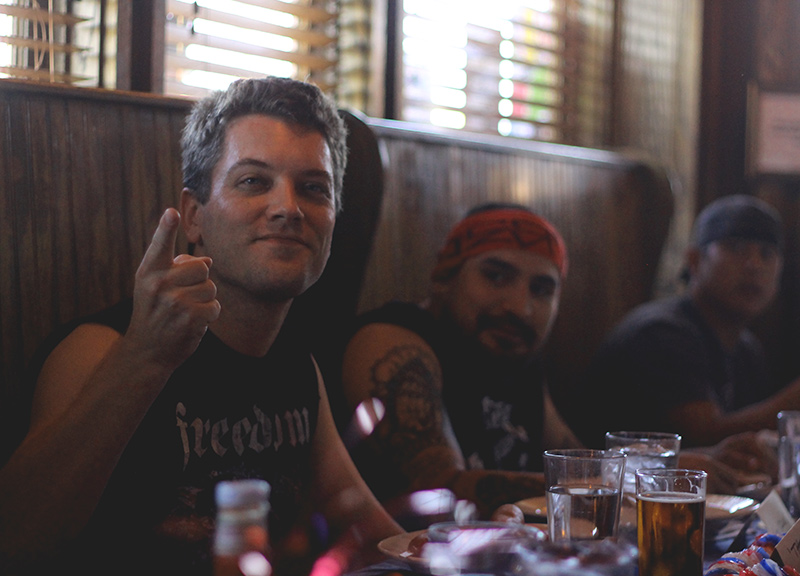 Nathan Biller of McKinney is a beast.

On Thursday, as part of The Libertine Bar’s fifth annual “Brass Knuckles Corndog Beatdown” (read: corn dog-eating competition), the dude squeezed a whopping 26 corn dogs down his throat during the competition’s 15-minute run. That total is, in fact, a Libertine record.

Should we really be surprised by Biller’s feat, though? Honestly? No. Not in the slightest.

Biller, subject of a 2010 Observer cover story and known throughout the competitive eating world as “Nasty Nate,” has long held his place as the top eater in Texas. The Georgetown alumnus was once even ranked as highly as No. 19 in the international competitive eater rankings.

Still, Thursday’s eat feat marked a clear improvement for Biller: His 26 corn dogs in 15 minutes at this affair is a definite a step up from the 12 he ate in 10 minutes as part of a competition at the State Fair of Texas in 2006.

And it was undoubtedly an entertaining thing to watch as he and a group of other, far-less-experienced eaters wiggled their bodies and forced as many corn dogs into their bodies as they possibly could. Biller in particular was a sight to be seen, writhing his throat to help get the dogs down and constantly appearing as if he were on the verge of regurgitation.

In the end, though, he never would ralph. Others, well, they weren’t so lucky. The packed house at the Libertine, which featured a crowd almost a hundred crammed into the space with a dozen or so lookers-on standing atop the bar for even better views, cheered on with glee as one contestant eventually quit on his efforts, his last bite coming up in his mouth — too much for his esophagus, clearly.

No word on if the bottle of Pepto Bismol he received in the wake of that moment helped. But we imagine it did.

But was it worth it? In Biller’s eyes, yes.

“Best corn dogs I’ve ever had!” he shouted out to the crowd with his arms triumphantly raised above his head, immediately upon his being declared the battle’s winner.

We’ll take his word for it. 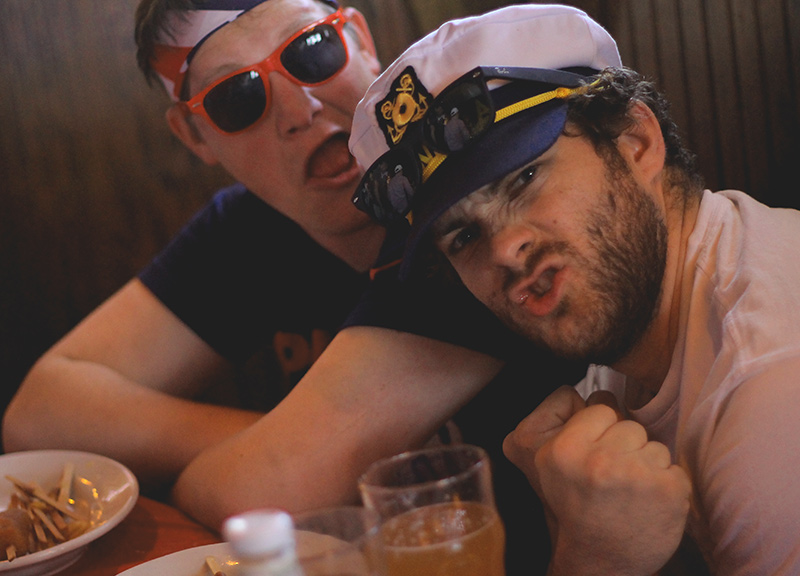 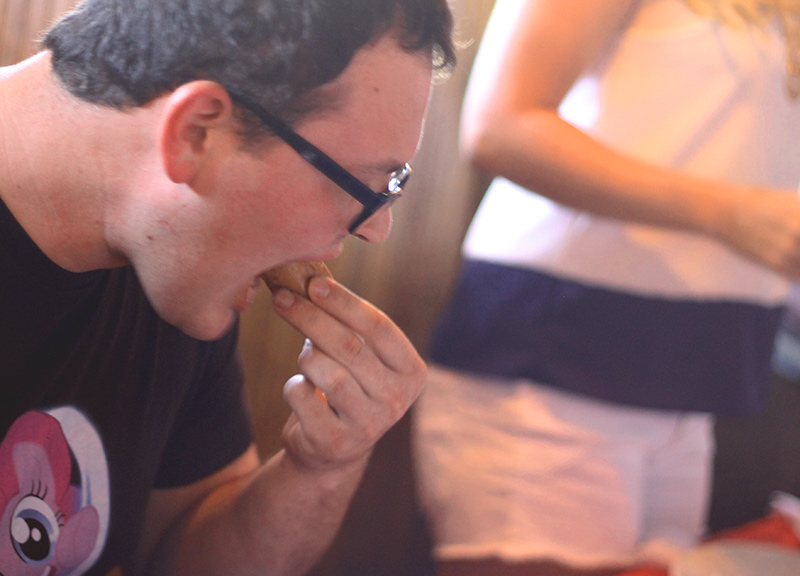 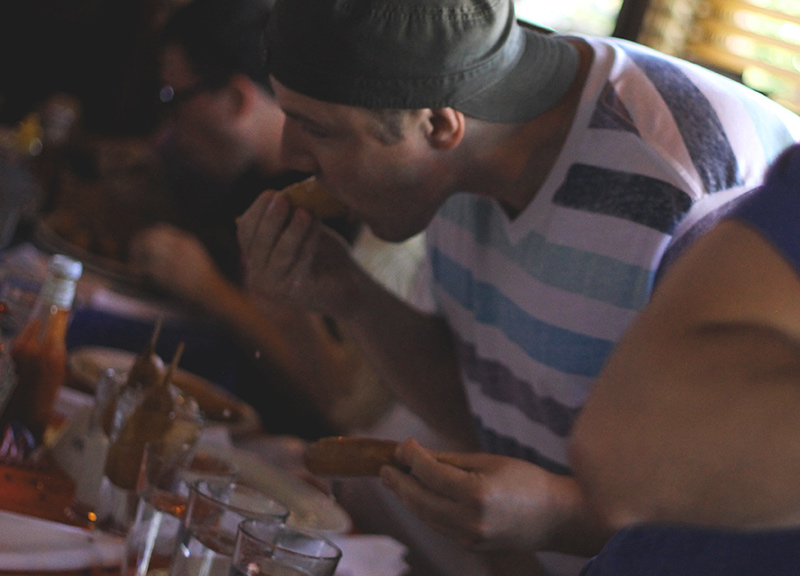 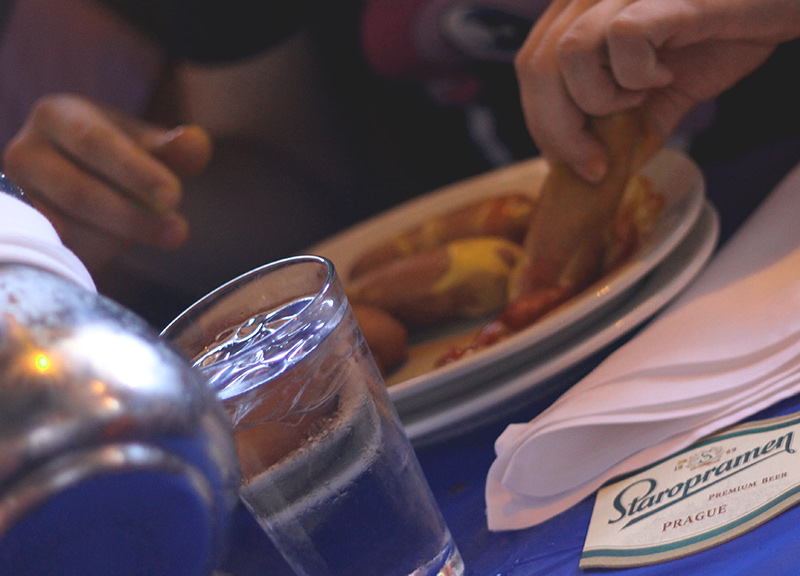 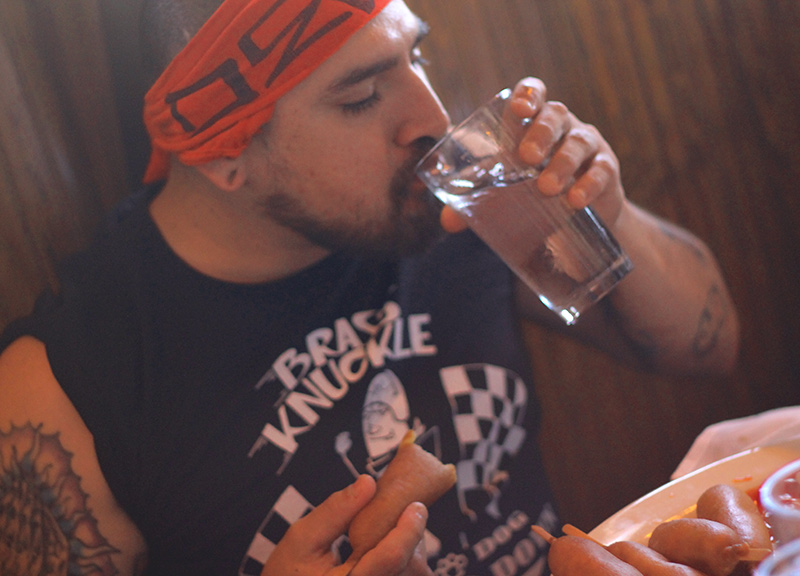 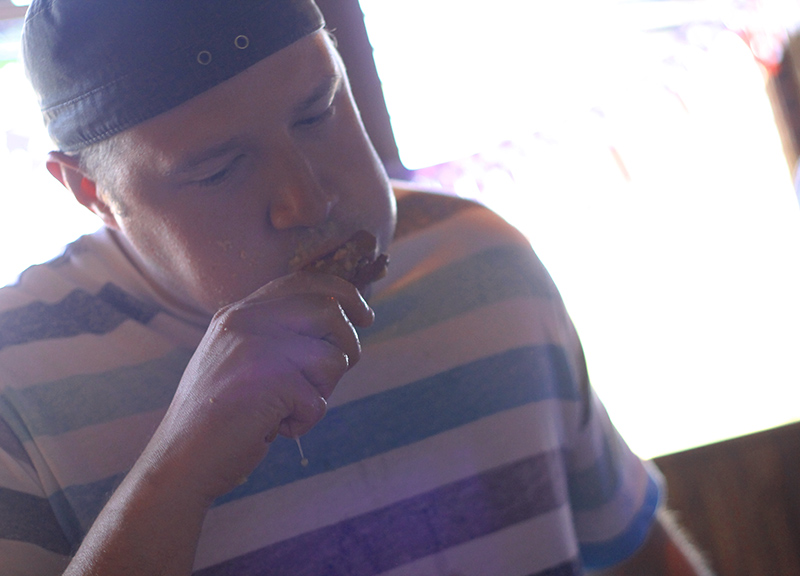 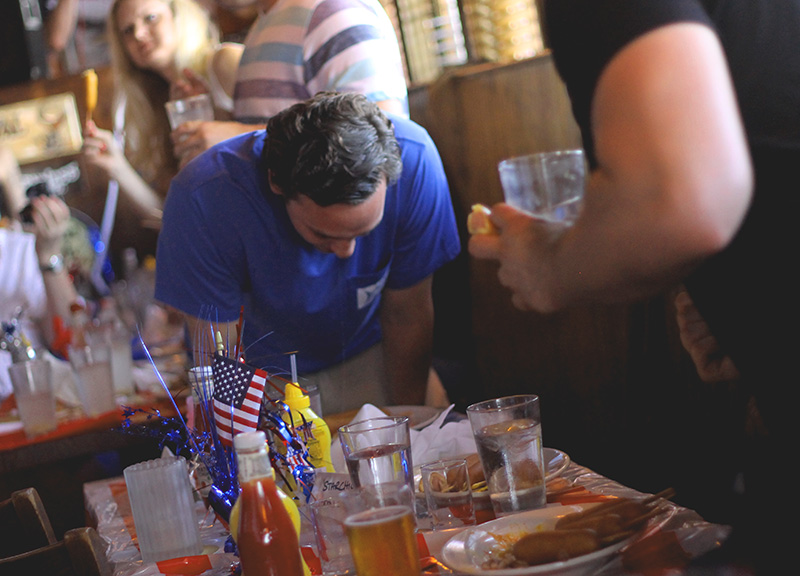 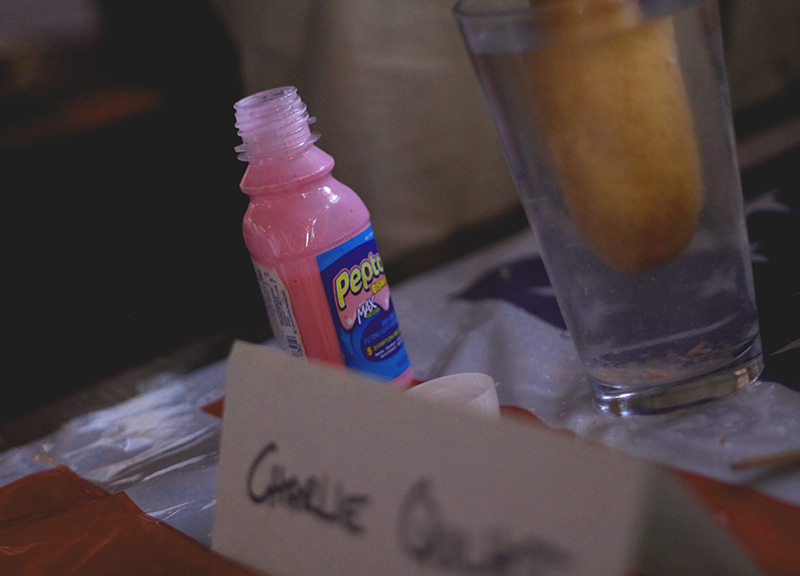 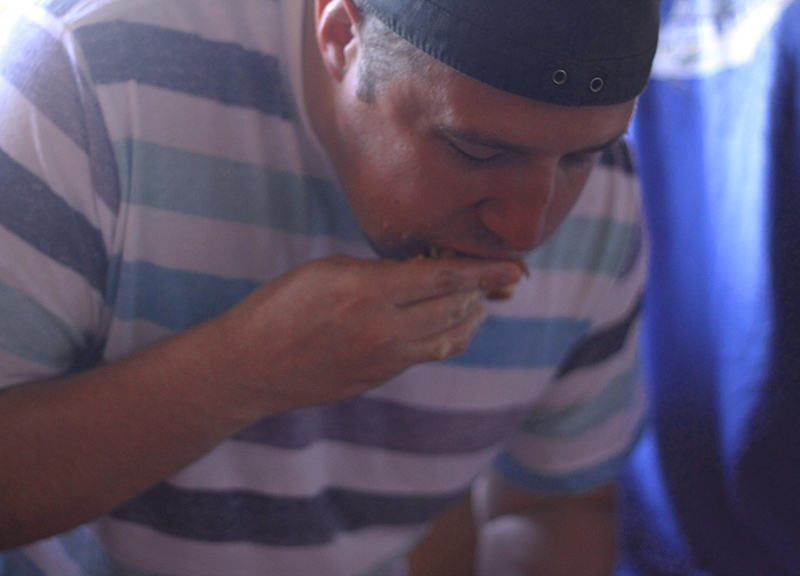 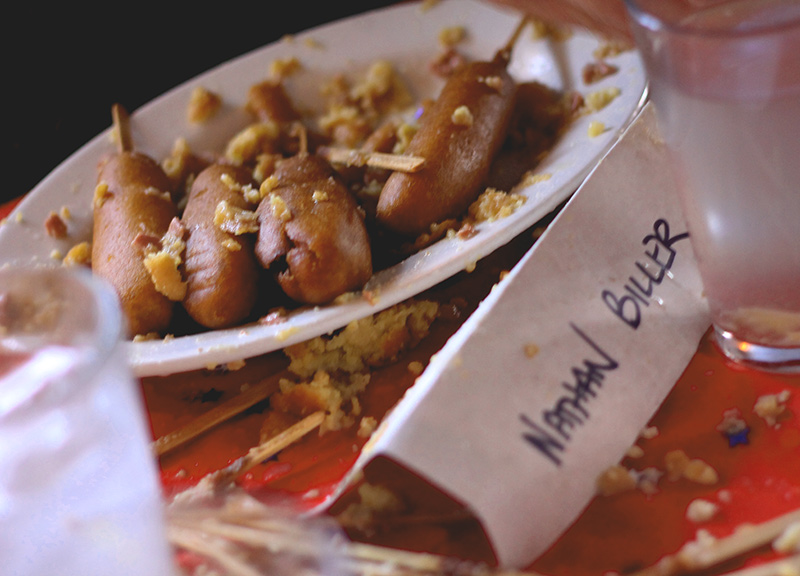 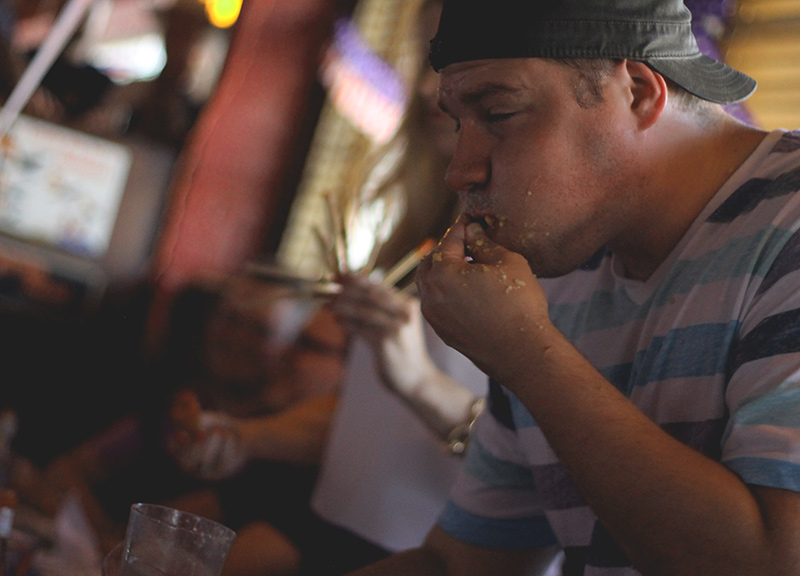 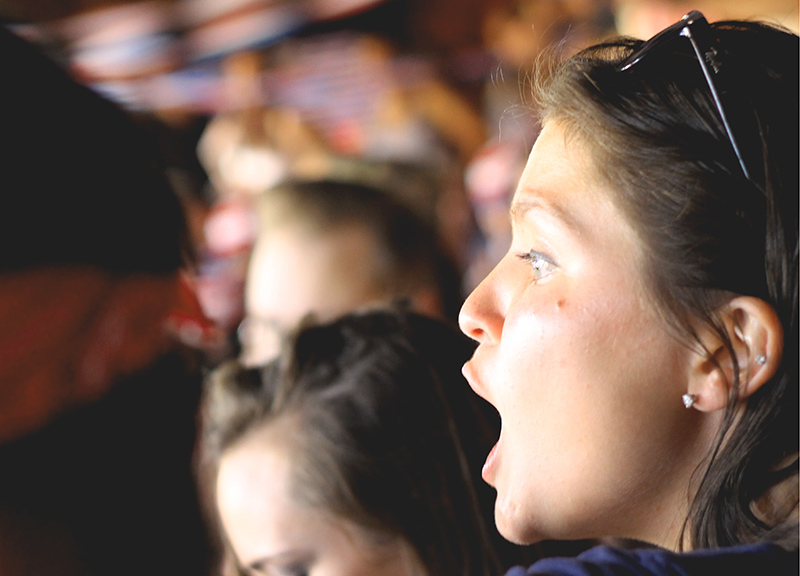 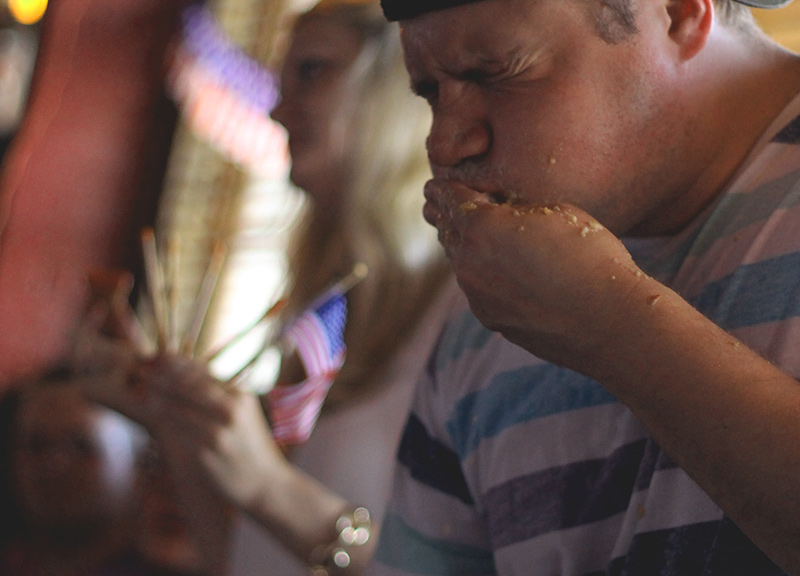 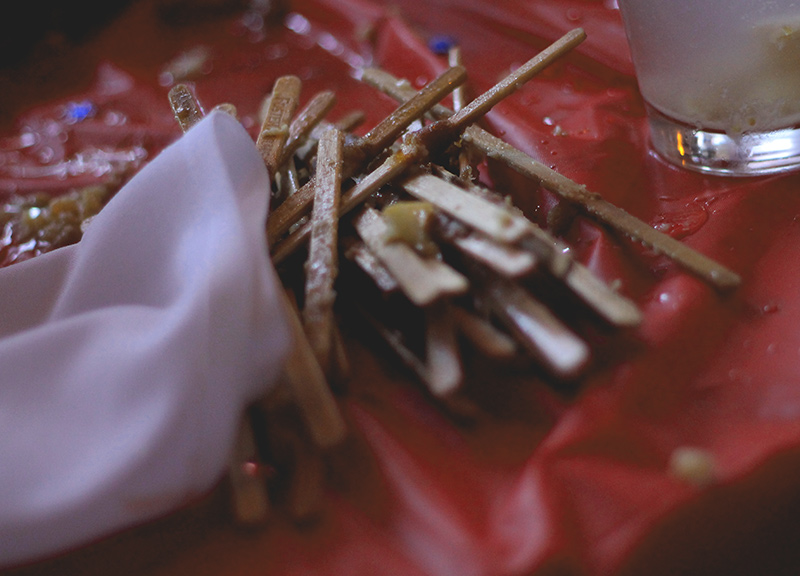 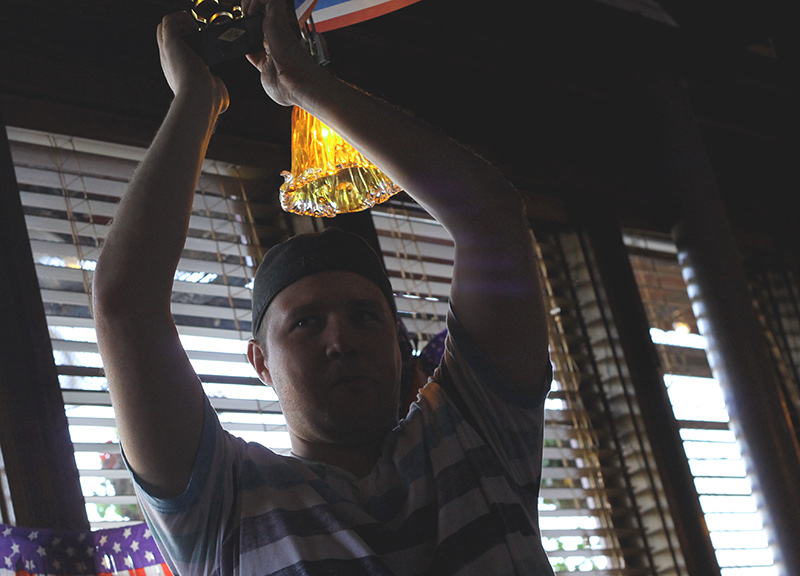 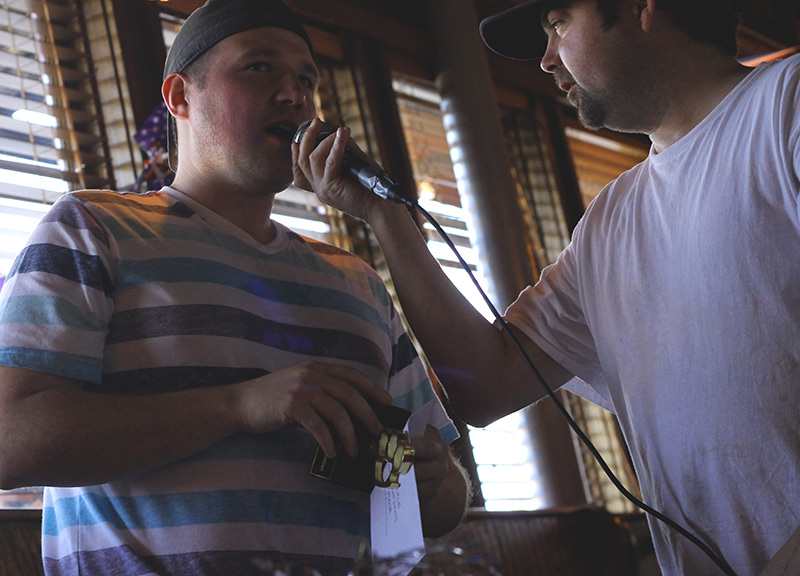 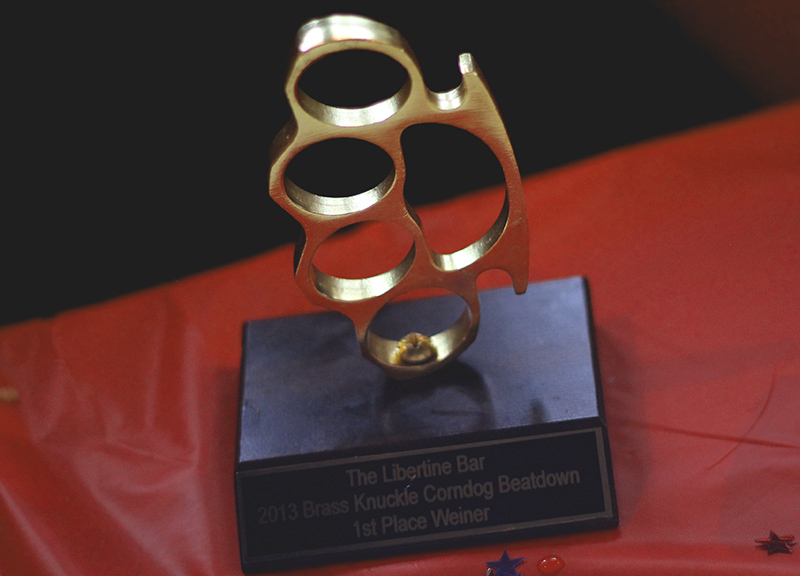