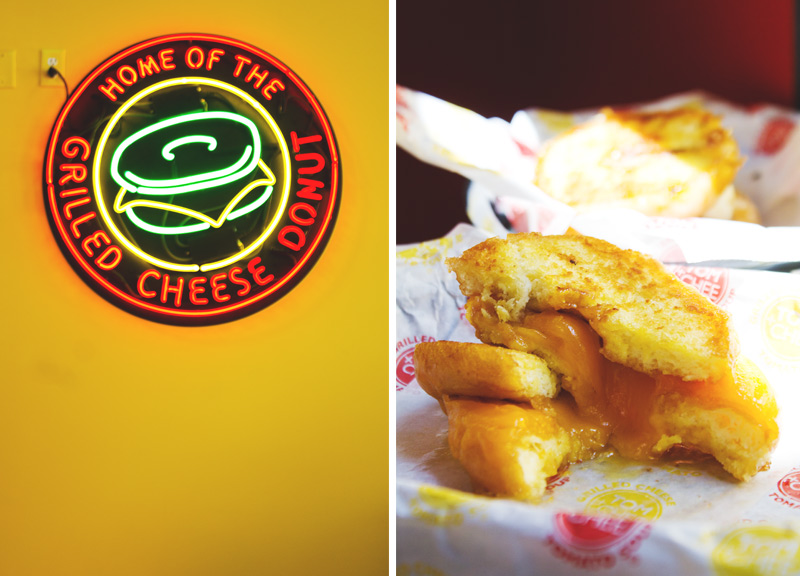 Four Doughnut-Bunned Sandwiches You Need In Your Mouth Right Now.

Fun fact: Once upon a time, doughnuts were the treat of choice at Halloween celebrations.

And though candy now stands as the more recent cultural standard for that holiday, you can never count doughnuts out. That's because, beyond artisanal doughnut shops simply being all the rage these days, doughnuts are also currently making in-roads into the sandwich game.

No, they're nowhere near the healthiest choice when it comes to a serving of grain — but they are a damn delicious option. Which is why we're now seeing doughnuts serving as the buns for sandwiches and burgers all across the market right now in what is pretty much the most perfectly stereotypical Dallas food trend ever.

In honor of this now-unavoidable movement, let's take a look at four spots around Dallas whose doughnut sammies are actually worth the hype.

Tom + Chee. As grilled cheese restaurants gain steam across the nation, this Cincinnati-based Shark Tank investment boasts itself as the “home of the donut grilled cheese” in its claim to fame. And they can back that up, too: In addition to a perfectly proportioned and awesomely buttery classic cheddar version, Tom + Chee also offers such variations on its doughnut grilled cheese concept as The King (made with the ubiquitous combination of bananas, peanut butter and bacon) and a S'mores sandwich.

Glazed Donut Works. Aside from the Kolache and the occasional meat-stuffed croissant, most traditional doughnut shops don't really carry much in the way of savory options. But Deep Ellum's Glazed Donut Works has a reputation for not following traditions. On this menu, you'll find items like a doughnut grilled cheese with bacon, as well as a Monte Cristo made with ham, turkey, Swiss and a house made raspberry jalapeño jelly that's well worth waiting in line for. On the sweeter side of things, they've also recently rolled out a Fluffernutter that incorporates a grilled chocolate yeast doughnut, Nutella and house-made marshmallow fluff for an almost brownie-like, beautifully messy indulgence.

Easy Slider. The old adage that good things come in small? It almost certainly wasn't first uttered in reference to Easy Slider — but it damn well should've been. Listen: There's a reason why this truck is soon getting its own storefront, and it's because even the pickiest of celebrity chefs go weak in the knees for Easy Slider's tiny, delicious wares. If you're looking for a break from traditional buns here, the Glazed & Confused is your go-to. In this one, miniature glazed doughnuts — courtesy of Glazed Donut Works — are laced with Angus beef patties, cheddar, thick bacon slices and jalapeños, making for a perfect combination of sweet and salty.

Hypnotic Donuts.
Owning a doughnut shop that boasts a full kitchen has its perks — and the people behind this shop take full advantage of these with its awesome The Jim. In this offering, an oversized fried chicken breast is glazed with maple syrup, and served between a toasted glazed doughnut with some Sriracha coming on the side. The infamous red chili sauce is a great addition; it provides the right amount of spice to the sweet and crunchy components of the sandwich, making for an array of complex flavors. 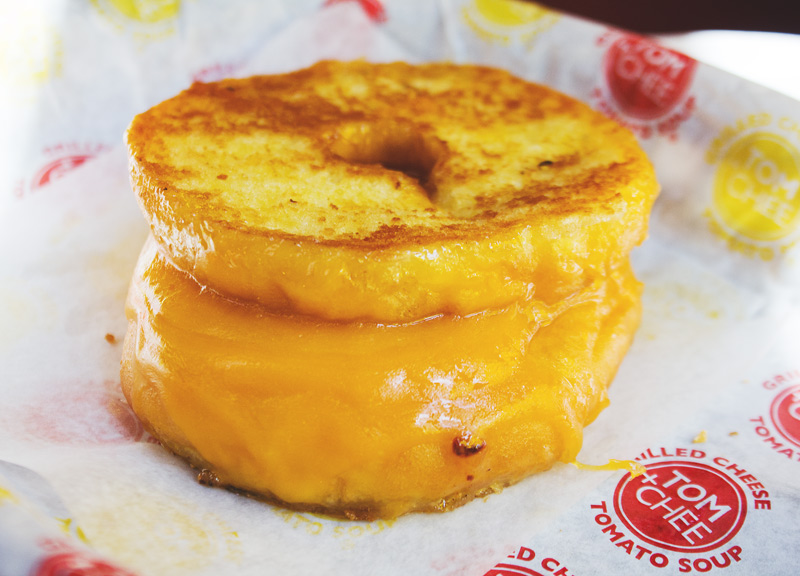 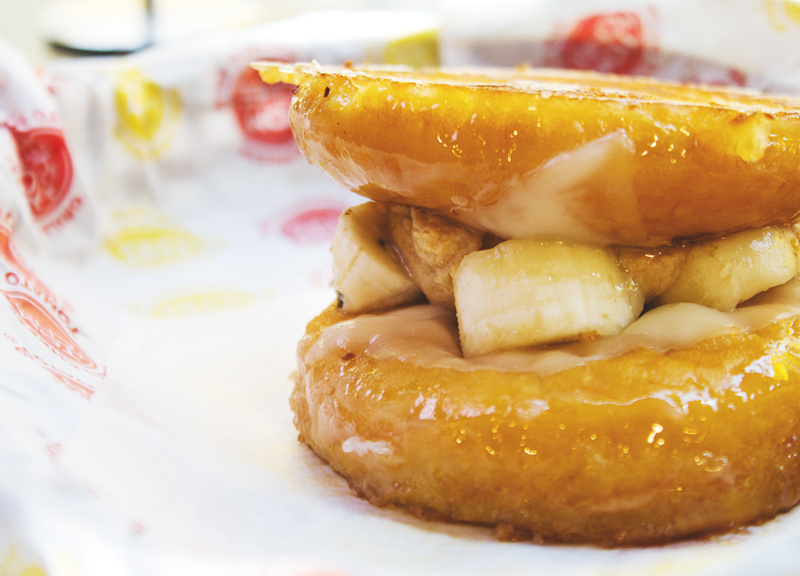 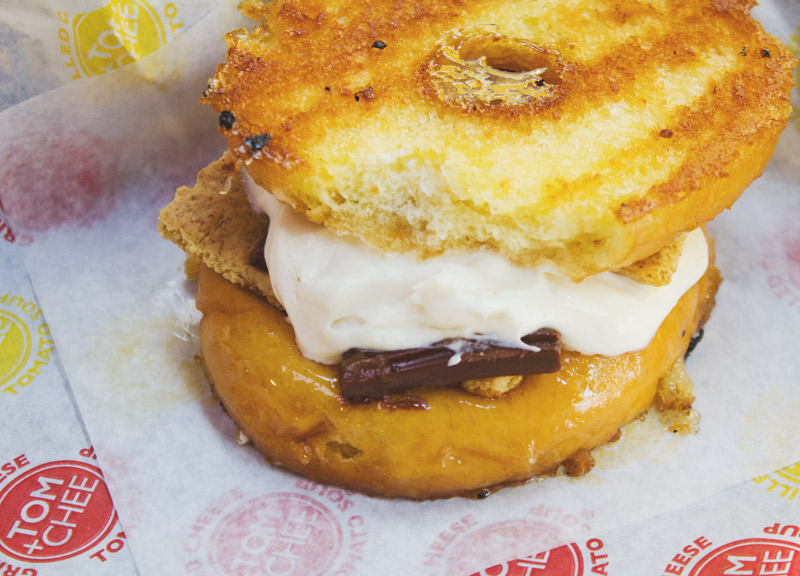 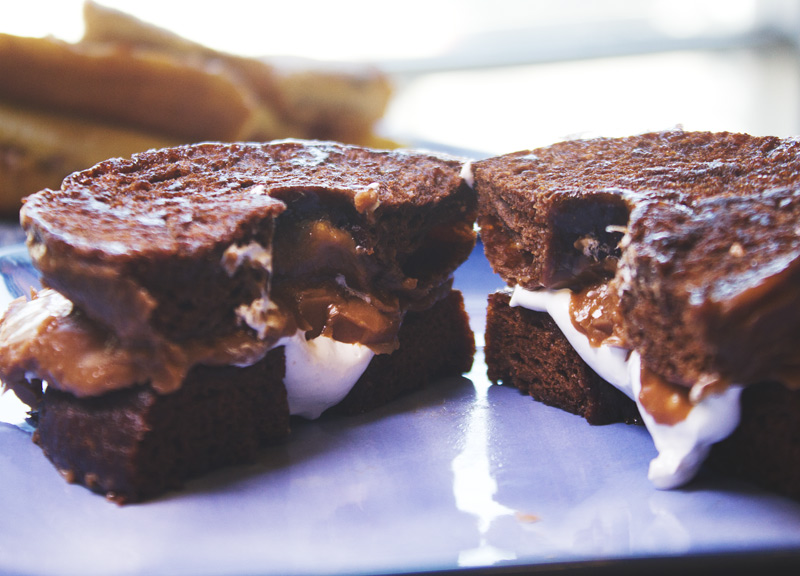 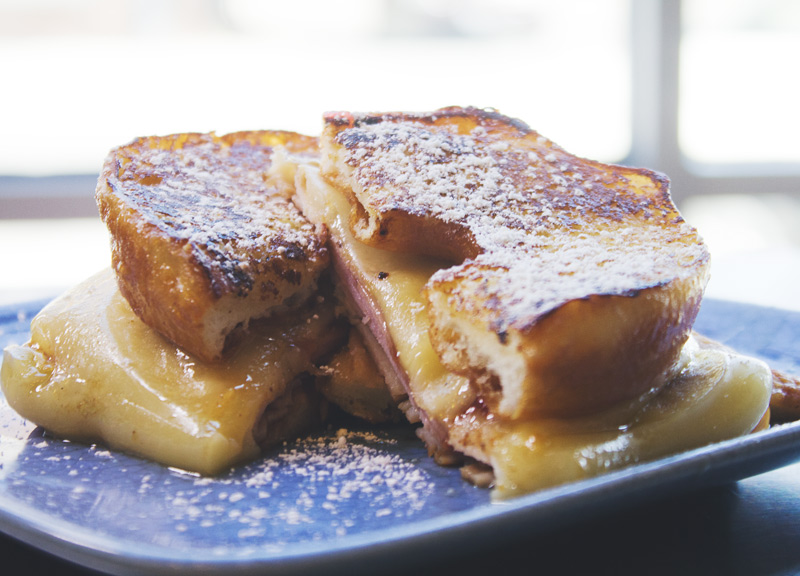 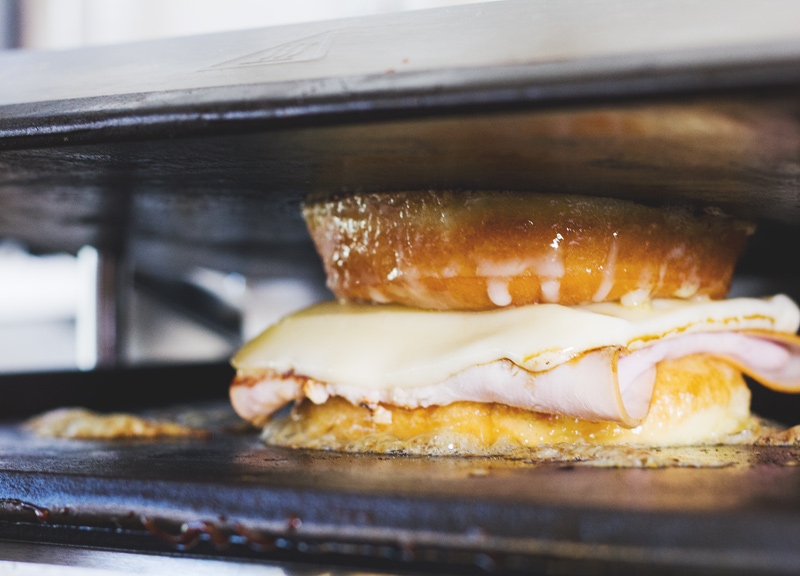 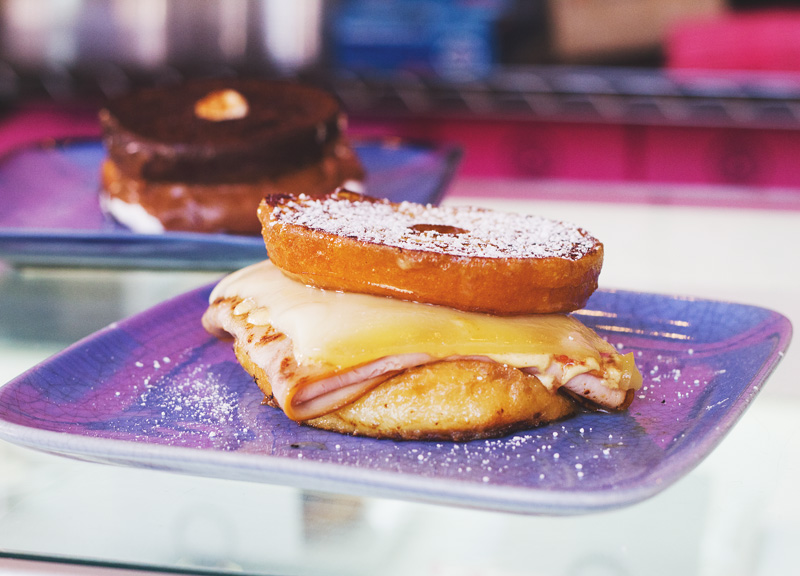 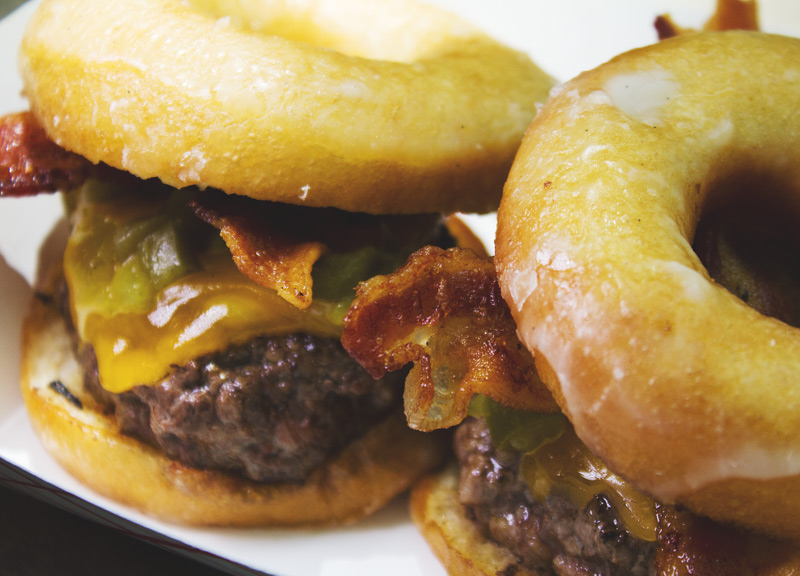 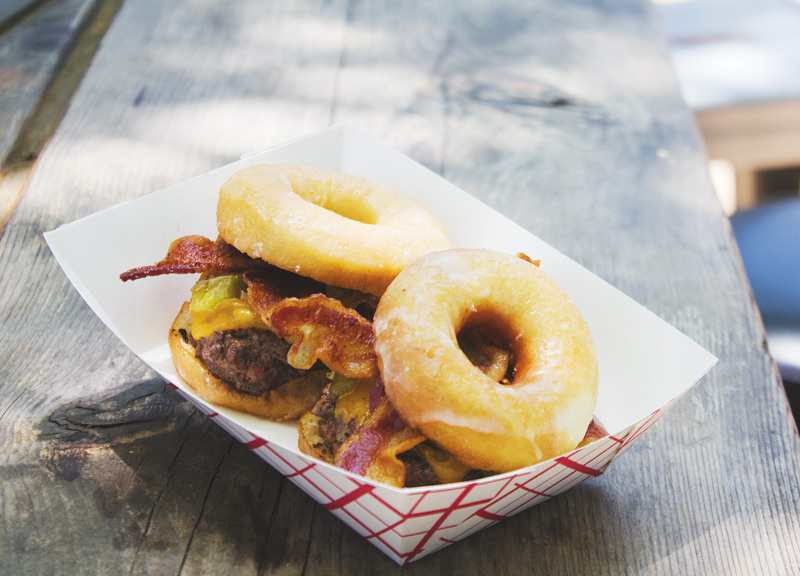 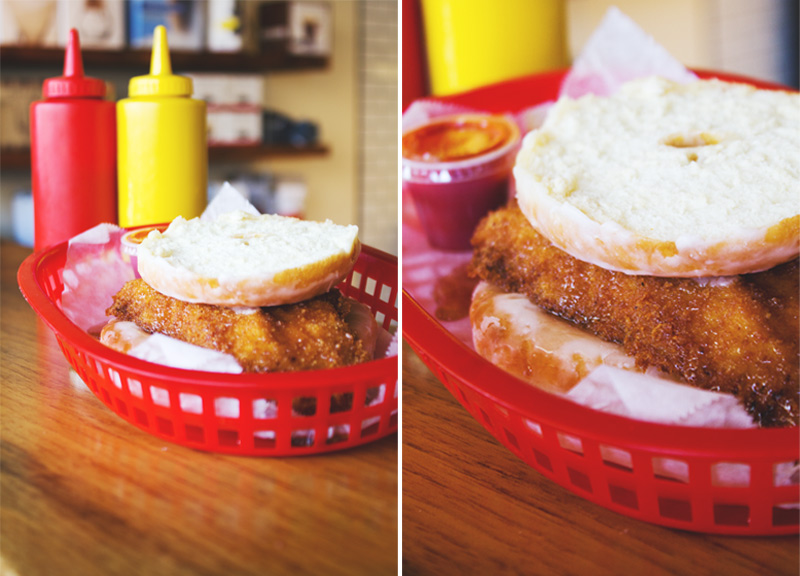 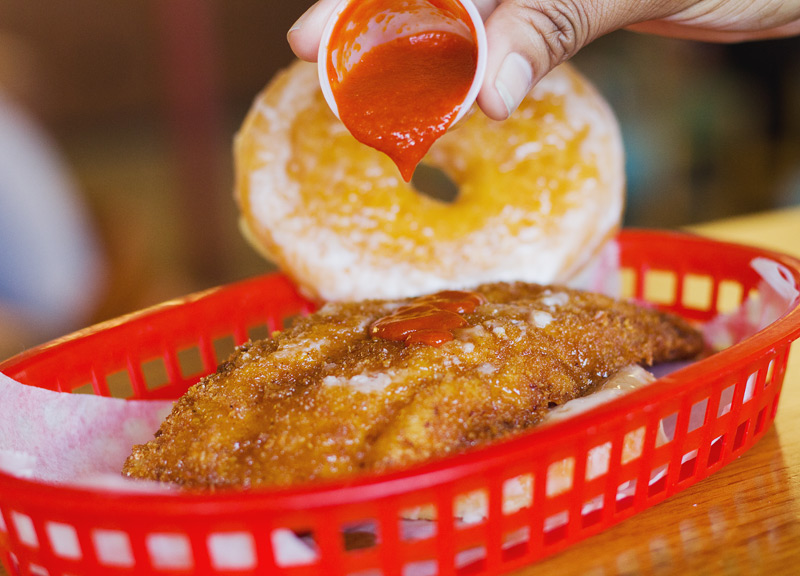 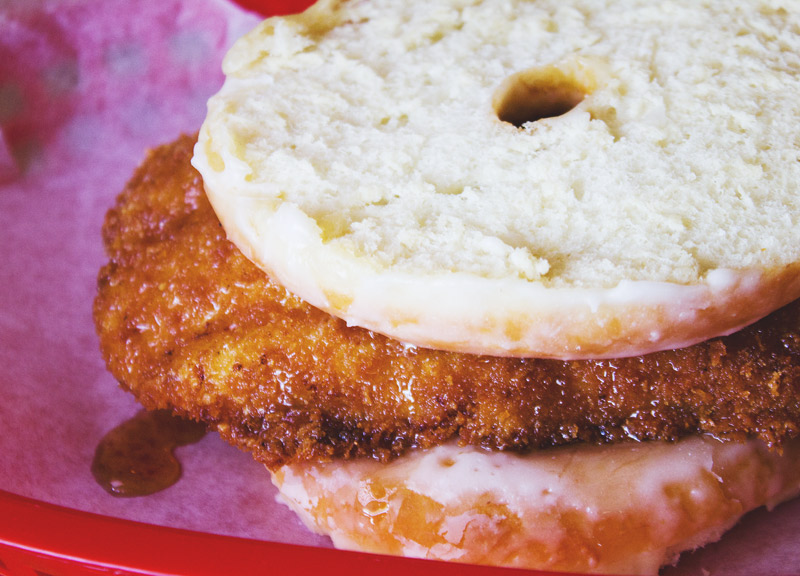