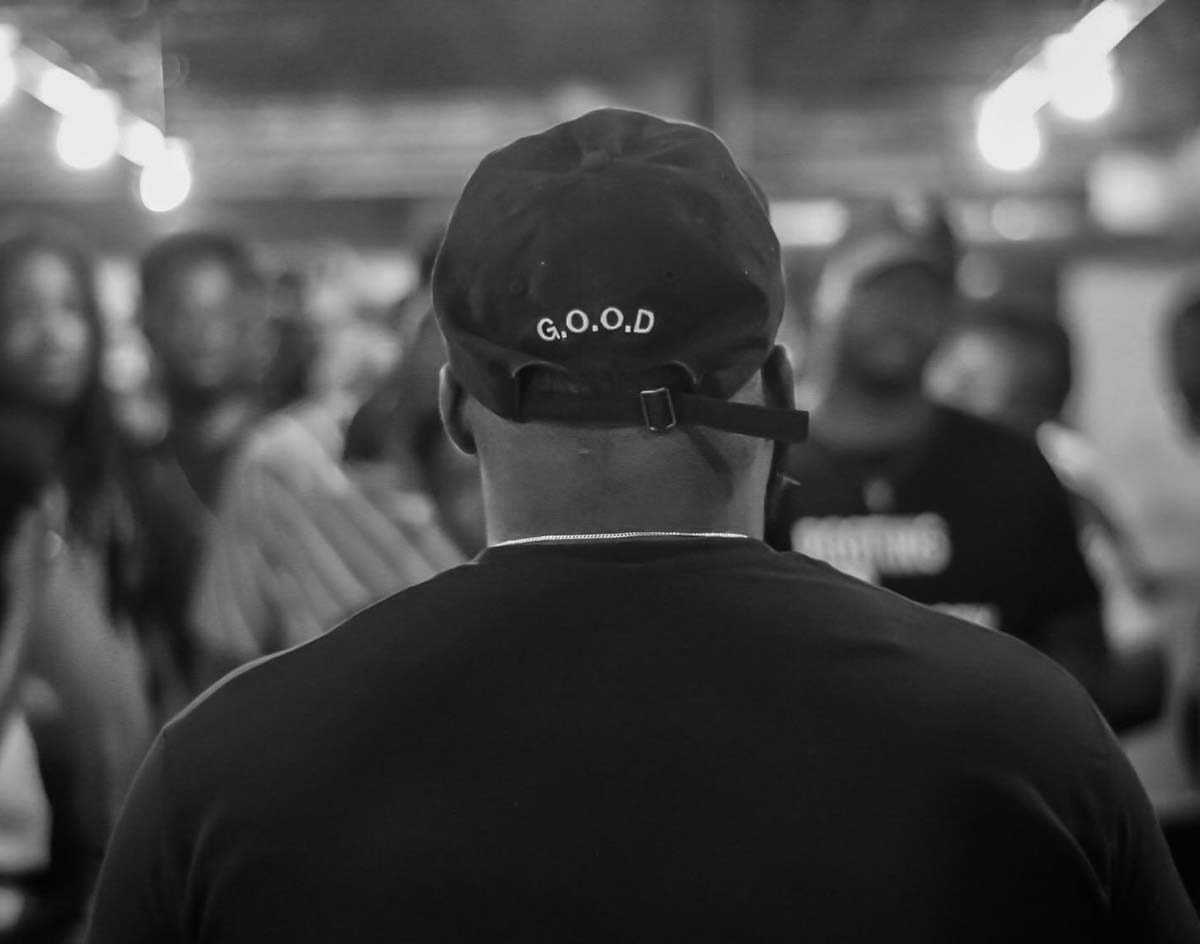 On Monday Night, A Large Group Of Kanye West’s Dallas Fans Gathered To Freely Discuss The Confusion And Betrayal They’ve Felt In The Wake Of The Artist’s Recent Actions.

Some 80 or so Dallasites packed into the Trinity Groves streetwear and vinyl toy retailer Culture Club on Monday night to participate in an emergency discussion called to order by the hosts of Dallas’ popular and recurring Hip-Hop Book Club series.

The topic of the evening? Whatever the hell is going on with Kanye West these days.

Dubbed “The State of Ye” and presented in a town hall format, the event was set up so the rapper’s Dallas fans could work out their thoughts, opinions and feelings on the controversies surrounding West’s recent actions — his comments about slavery, his open flirtation with the political views of the far-right, his bizarre recent single releases — in a public, supportive and open-minded setting.

“A lot of people had pent-up emotions about what’s happened, and I think Kanye’s comments hurt a lot of people,” said A.T. Essien, one of the co-founders of the Hip-Hop Book Club and one of the co-organizers of Monday’s meet-up. “[We] just wanted people to get their thoughts and emotions out.”

A break from the normal kinds of album-specific discussions that the Hip-Hop Book Club regularly holds around the region, Monday’s affair opened with the hosts opening the floor to grievances from the event’s attendees. An outpouring of emotions then followed as fans who grew up listening to West and had become heavily influenced by him — one attendee called him “a pillar in our community, a beam of light and truth” — openly questioned and debated the merits of the rapper’s recent behavior, which was repeatedly deemed as “reckless” by the conversation’s participants.

Seeing such a massive group discussion unfold in real-life, rather than in the online setting where we’ve all become accustomed to seeing such talks, was a powerful thing to witness. Better still, the chatter stayed civil and its participants remained respectful, even when things got a little heated during the two-hour discussion.

For all the back-and-forth, everyone in the room uniformly agreed that West’s recent statements to TMZ about slavery being “a choice” were a major disappointment. It was in how the participants felt about that disappointment where their opinions to the questions at hand — Does West’s recent behavior indicate that he has somehow changed on his fans? Can you separate the art from the artist? — began to differ. On the one side, there was the “I Miss The Old Kanye” camp, which worries that West has lost touch with his origins, with his culture and with the plight of the modern black American experience. On the other side stood the fans who recalled West’s infamous “George Bush doesn’t care about black people” statement on national television and argued that the rapper has always been a provocateur prone to making controversial statements in order to generate greater conversation.

For all of its specifics having to do with West, Monday’s “The State of Ye” discussion was really about so much more than the musician. As the discussion wore on, its focus turned to race and to the acceptance of new ideologies — talking points that had as much to do with West as with the conversation’s participants themselves. As these peers listened to one another, grieved with one another, provided words of encouragement to one another and tried to make sense together of the betrayal they collectively felt, the event felt less like a forum for debate and more like a support group for like-minded individuals who needed to find a safe space through which they could work out their emotions.

Regardless of whether any conclusions were come to or opinions changed, “The State of Ye” certainly provided its attendees with the opportunity to freely express their thoughts. And to that end, it was undoubtedly a productive meeting of the minds, with feelings openly shared as part of a larger effort aimed at healing and moving forward.

Said discussion participant BJTheBlogger with a sense of relief once the night’s proceedings came to their close: “One thing the black community is good at is taking something bad and making it great.”