What The Hell Is A Hip-Hop Book Club? 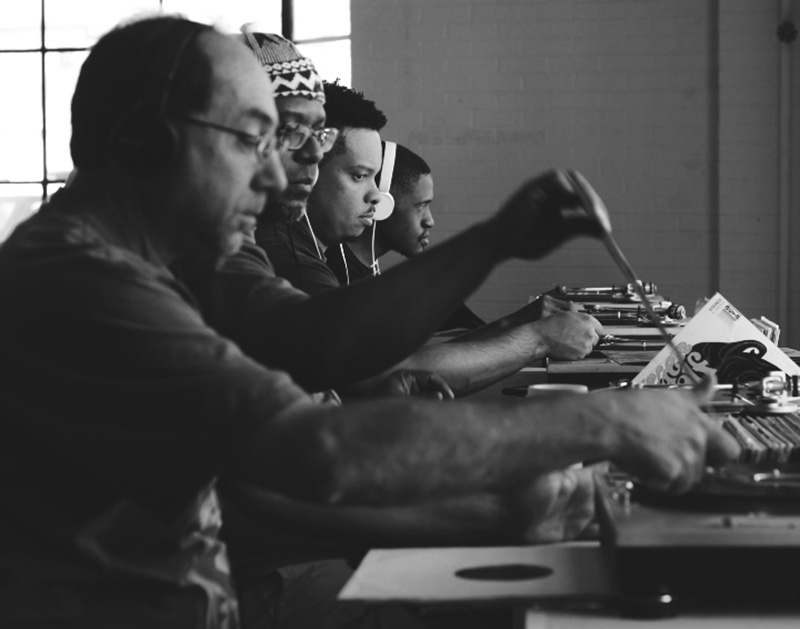 A New Monthly Discussion At Josey Records Hopes To Treat Rap Albums With The Same Reverence That Book Clubs Have For Literature.

If you’re a hip-hop fan, then you’ve probably argued with your friends about which Jay-Z album was really the best or whether Yeezus was actually a good Kanye album.

But rather than keeping these thought-provoking conversations limited to individual friend groups, the folks behind a new idea called Hip-Hop Book Club wants to turn these debates into public forums. With the launch of their new monthly concept on Monday, March 20, at Josey Records, they hope to bring Dallas audiophiles together on the regular to wax poetic about the rap game’s most notable albums.

The brainchild of promoters Attah “A.T.” Essien of Acquired Taste, Kenny Reeves and Terrance Lee of Good Culture, and Sobechi “Sobe” Ibekwe of Social Ghost, the Hip-Hop Book Club concept started off as a simple group chat that quickly blossomed into a full-fledged event to be shared with the public.

“I think everybody kind of has a thing where they have a group of friends that they just chop it up with about music all the time, in any genre,” Essien says about the event’s concept.

Despite what the name suggests, the “book club” doesn’t focus on books in the traditional sense, but instead borrows the format of dissecting a shared topic in a group setting, only with classic hip-hop album being the focus over a piece of literature. The albums chosen for discussion are picked based on four areas of focus, such as visuals, influence, lyrics and production, with the intention of breaking down why each album is so prominent beyond just its music.

“They don’t have to be the ‘best’ hip-hop albums per sé, just the ones that changed something,” says Essien.

These talks aren’t just a favorites game, either. The idea is bring together a wide variety of opinions, however polarizing they may be. The kickoff event will feature a discussion on Kendrick Lamar’s good kid, m.A.A.d city due to it being a more recent “classic” that has helped shaped the genre on the national, and even local, scale. With time, Essien hopes to be able to include more of a local focus by featuring talks around classic Dallas albums like Mr. Pookie’s Tha Rippla and the works of Erykah Badu. He also hopes that the more prominent voices of the city’s own music scene will join in on the talks, too.

“I hope that a lot of the up-and-coming Dallas artists actually come, listen and pay attention,” says Essien. “I think that if they do, these kids will realize that hip-hop isn’t a snap-your-fingers-and-make-something-happen type of thing. It takes a lot of work and diligence.”

There will be plenty for hip-hop lovers to enjoy about the event, but Essien says book nerds will just have to get over the lack of books at this club.

“I think everybody sees the words ‘book’ or ‘book club’ and they automatically associate it with books,” he says. “But the cool thing about it is that it’s not a book club in the traditional sense. Obviously we’re not reading books — it’s just a music thing. It’s just being held in the same way and the same aspect that a book club would be held.”