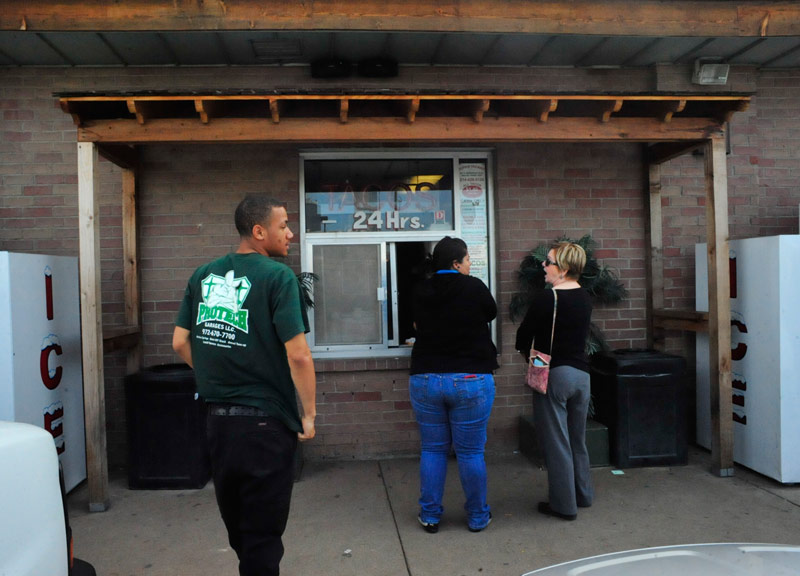 Yes, The Best Tacos In Town Come From The Fuel City Gas Station.

Ask someone to name the best tacos in town and Fuel City's name is bound to come up. No surprise there. This taco show right at off the intersection of I-35E and I-30 certainly has the press behind them: Texas Monthly, D Magazine, and the Observer have all handed out honors to the spot.

But how are the tacos, really? Pretty fantastic. Duh.

Even better, though? They cost less than $2 a pop — a pretty awesome deal overall.

The picadillo taco, voted best in the state in 2006 is pretty worthy of that title. Ground beef, potatoes, cilantro, onions and lime make for a great combo. The ground beef is moist and flavorful and the potatoes are cooked perfectly — not mushy — with just enough bite to provide a contrast to the ground beef. The barbacoa and pastor are also really great. Might as well try one of each for the price.

I can't imagine anyone really comes to this spot for any reason other than the tacos. Fuel City is a sprawling gas station, a drive thru beer store, and a car wash all in one. There's livestock, too.

But, aside from a handful of picnic tables and an outdoor patio, there isn't anywhere to sit that isn't out in the elements.

That can be awkward when the place is super busy, as it is most of the time. Stop by in the middle of the afternoon on a work day and you'd think it'd be less crowded, but, well, it just isn't. I recently went on a Thursday at 2:30 p.m. and there were at least 10 other people there with me. That's the real key to Fuel City — when you go.

The place is especially nuts after the bars let out on the weekends. That's not necessarily a bad thing, though. That crowd is among the most diverse crowds you'll find in Dallas by far, and, as people-watching goes, you really can't beat it.

Don't want to face the crowd? Try Fuel City at around 10 o'clock at night (right when everyone else is heading to the bars) or at around four in the afternoon (when most people are stuck at work).

Do that, though, and you'll be missing out. Fuel City is a Dallas institution, and hanging out there when it's crowded is just something you need to experience for yourself if you ever want to call yourself a Dallasite. 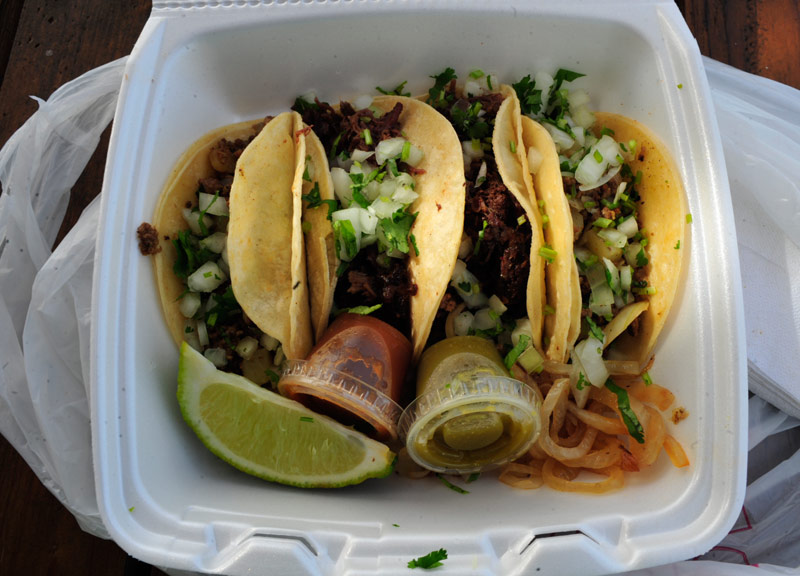