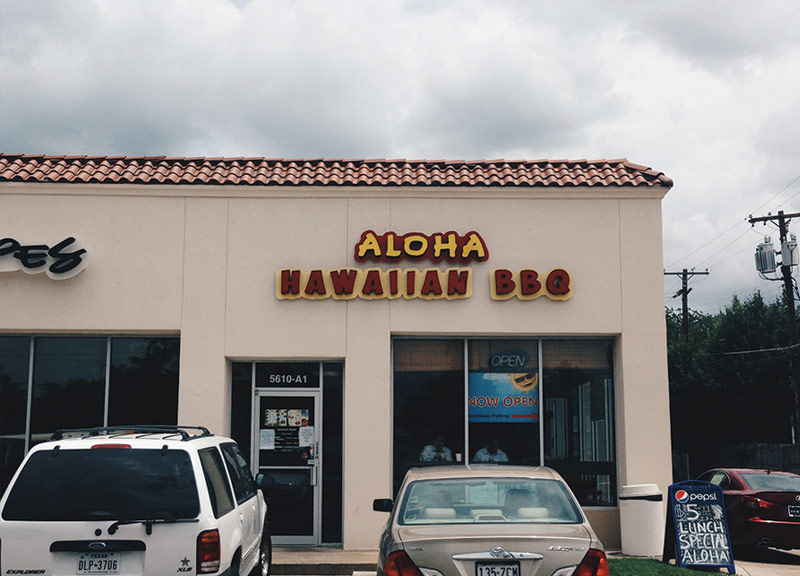 Hawaiian restaurants in DFW are pretty hard to come by. As such, if you’re ever caught near the vicinity of Lemmon and Inwood at a time even remotely close to lunch hours — maybe you’re picking somebody up from Love Field? — you simply must stop by Aloha Hawaiian BBQ. 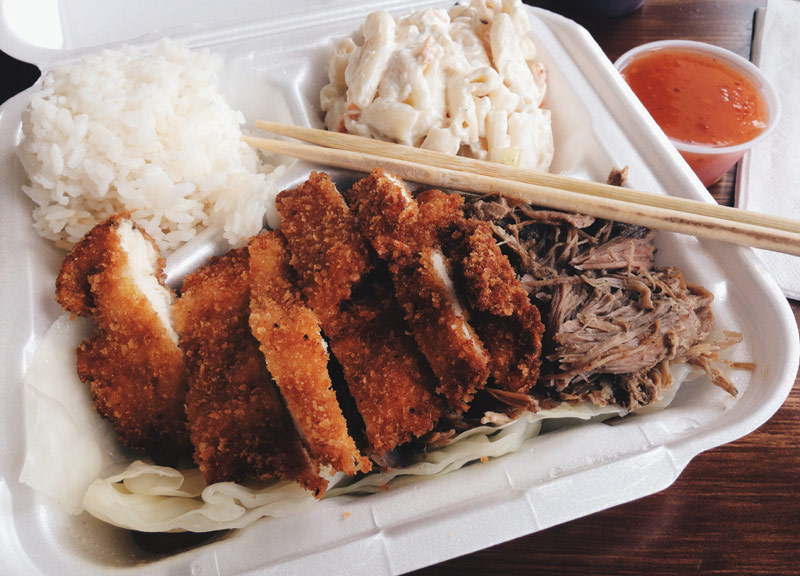 Don’t do it because it’s one of the few places to find traditional Hawaiian fare like Kalua pork or chicken katsu, though. Hit the fast-casual restaurant up not because it likes to boast that it’s “committed to serve large and delicious Hawaiian-style plate lunches” but because it totally lives up to that promise.

And how: Minutes after walking up to the counter and sitting down, you’re presented with a large Styrofoam to-go container absolutely filled to the brim with two surprisingly well-cooked slabs of meat on a bed of steamed cabbage, a heaping scoop of rice and a scoop of macaroni salad — all for under $6. 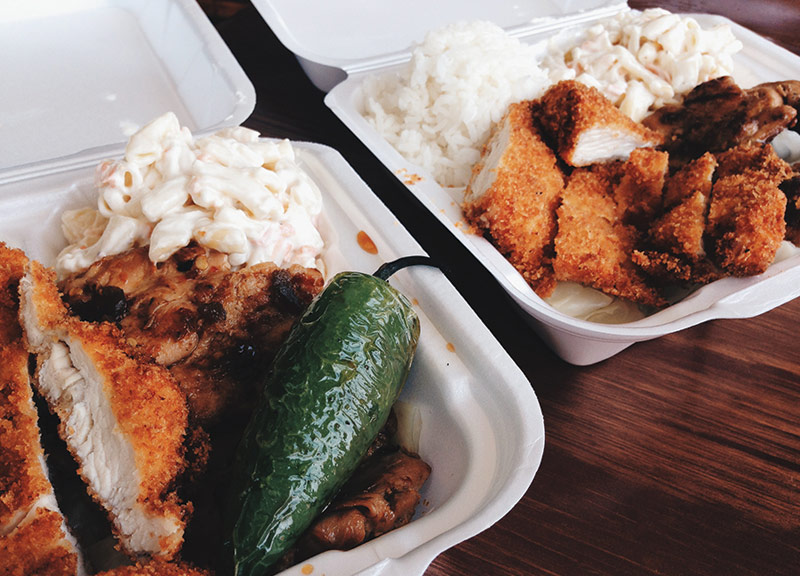 Yup, for less than the price of a combo meal at any given fast food chain — and damn near just as quickly — you too can be munching down on tender portions of chicken and barbecue that have been marinated in a Japanese-influenced barbecue sauce that bears nice hints of soy sauce. You’ll definitely want more of that stuff to slather generously all over your rice, fries and other sides, too. That’s OK, and even expected: The restaurant keeps giant coffee urns full of it — as well as other sauces, including its Hawaiian katsu and sweet-and-sour sauces — on the counter so that you can just help yourself to them. Oh, and there’s sriracha on every table.

Being that the sauce is definitely king here, we recommend ordering “wet” dishes such as the spicy chicken, which comes artfully marinated in a special, Asian-influenced house sauce. That, or literally any of the items with “BBQ” in the name. You can’t go wrong there.

Significantly less extraordinary are the deep-fried and breaded katsu items. Sure, they’re still bargain-priced and make exceptional receptacles for which to scoop ungodly amounts of delicious katsu sauce into your mouth. But there’s a noticeable difference in the quality of meat you’re getting here.

Other items on the menu include hamburgers, fried fish, short ribs, lumpia and the specifically Hawiian delicacy that is Spam musubi. Also available for purchase are a variety of Hawiian juices and sodas that are sold by the can. 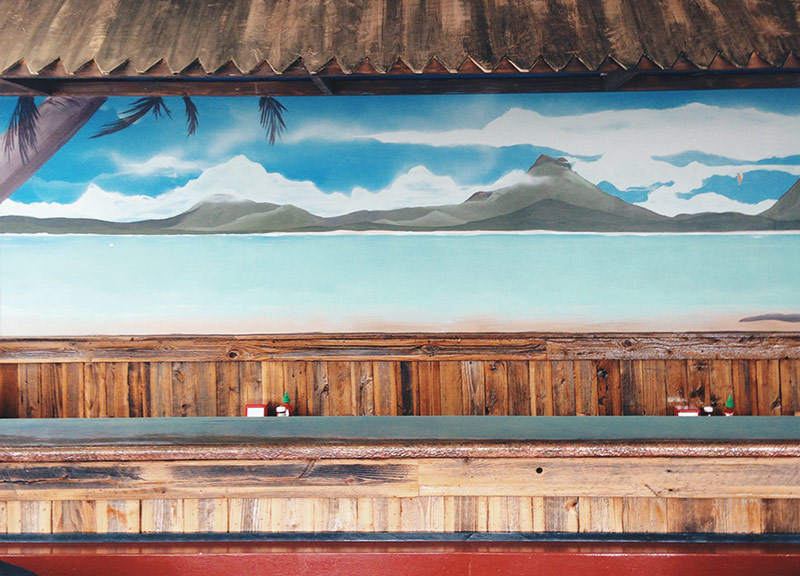 As for the ambiance? Well, it’s about what you’d expect to find in a place located at the end of shopping center, which is to say that this isn’t the type of place you’d want to visit if, say, you’re trying to impress a dinner date — unless, of course, your date is the type that’s impressed by the live Hawaiian radio station that Aloha pipes into its dining room.

It’s a more than an adequate spot to grab a quick bite for lunch, though. And, just like the food on Aloha’s menu, its dining room is about a million times more pleasant than a fast food joint’s.

It doesn’t take a well-seasoned adventurer — y’know, the type that prefers their burgers topped with fried eggs — to tell you that the mound of cheap and delicious food you’ll get at Aloha Hawaiian BBQ is preferable to any place with a drive-through window. But here we are, doing just that. Because it’s not even close.