For nearly 40 years, the simple white brick building with blue trim that sat at the corner of Main and Exposition on the outskirts of Deep Ellum was a soul food institution called Vern's.

Since 2007, though, that spot has sat vacant and rotting.

In fact, before Carter Voekel and his partners — Gabe Whatley and Kelly Wesner, who co-own the Fillmore Pub in Plano and The Pub in McKinney — came along last June with designs on turning the place into a beer garden, the property was slated for demolition.

“If we didn't come and snag it when we did, it was ready to be torn down,” Whatley says. “The realtors had to show monthly progression at a steady pace — if we didn't progress at the pace they wanted us to they could have bulldozed this place three months into building.”

Fortunately, though, things did come along. And now these three owners have revamped the spot into a new indoor-outdoor bar called Cold Beer Company — a spot that officially opens tonight, while serving up 24 rotating beers on tap and another 40 or so in bottles and cans. Presumably, they'll all be cold ones.

Opening bars is something the trio knows an awful lot about, too: Whatley initially helped open the Old Monk and served as its GM for a decade; Wesner worked at the Monk for seven years; Voekel, meanwhile, drank there so often that he jokes that he probably helped pay to put a wing on the place. That familiarity helped Voekel land the GM spot when Wesner and Whatley opened the Fillmore Pub seven years ago. Then in 2010, they added The Pub to their portfolio.

Don't let the name fool you, though: CBC serves up more than just beer. The cocktail menu includes a classic Moscow Mule; the “Miss Dorothy” which combines Stoli Vanil, coffee liqueur, half and half, and Dr Pepper; and “The Vern,” which pays homage to the building's old owner with a take on the Bloody Mary that includes a propriety blend of spices with a “soul food feel” and comes garnished with veggies and cheese.

CBC also boasts a simple menu of “Big Ol' Sandwiches” comprised of locally-sourced ingredients (the meats come from Deep Ellum's Rudolph's Butcher Shop and the cheeses come from nearby Mozzarella Company), brisket tacos, hot dogs, PB&Js, ice cream sandwiches served between two oatmeal cookies, and chips and dips, among other things. They also offer up fresh, housemade pickles served in Mason jars, which you can, in turn, take home when you leave. In short, it's straight-up bar food, which Voekel says is precisely the whole point. He also says he doesn't want patrons to think of CBC as a restaurant — or a place to find live music, either for that matter.

“This is not a venue,” he says. “I'd rather partner up with Double Wide, Twilite, Trees and those kinds of people. Come here for a beer before the show, and come back after for a hot dog. This is just bar food. We're a bar that serves food; we're not a restaurant.”

What they are, though, is a simple but well-executed spot that retains tons of the historic character and charm of Vern's while throwing in more mix-and-match seating on its dog-friendly, wrap-around patio than pretty much any other establishment in the neighborhood.

“We kept the original brick and the original patina so that everything that's in here has the look and the feel of it when it was Vern's — and then just accentuated it,” Voekel says. “We're just kind of paying tribute to what was here. This building has been here forever.”

The embellishments include a minimal, hand-built bar and indoor “retro-industrial” tables (custom-built for the spot by Whatley's father-in-law), a pergola, two huge rolldown glass doors that'll be opened up on nice weather days, a few other rustic-looking adornments and a boatload of outlets for charging phones and plugging in laptops.

And, starting tonight, the place will open for business from 4 p.m. to 2 a.m. Monday through Thursday, and noon to 2 a.m. Friday through Sunday.

Good thing they're launching now during the tail end of the summer's hottest point, too. Because when patio weather officially rolls around this place is going to be hopping. 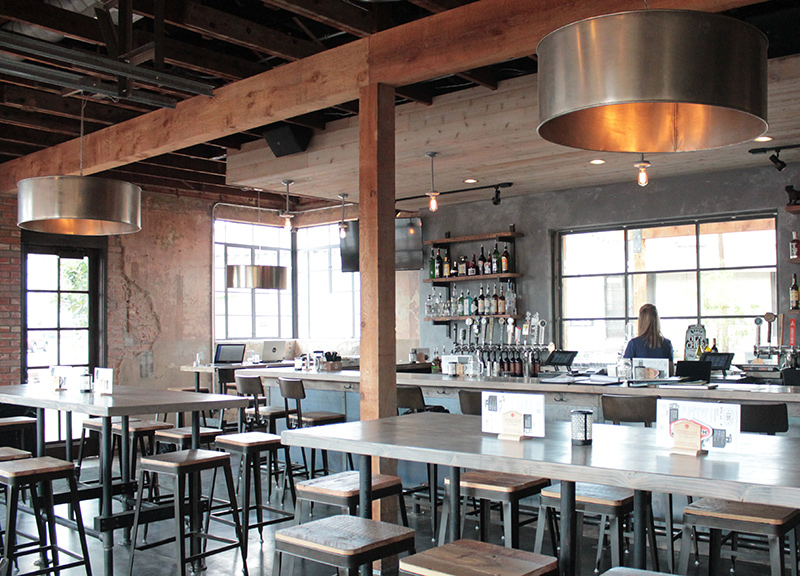 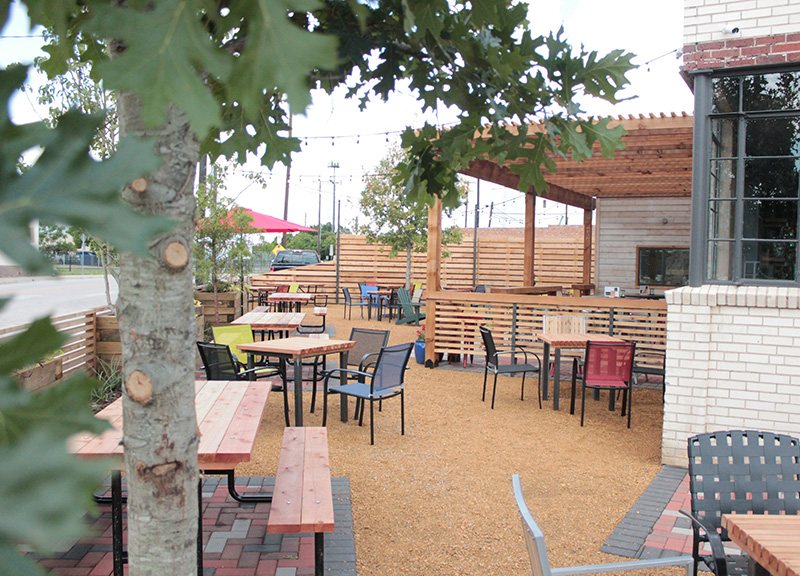 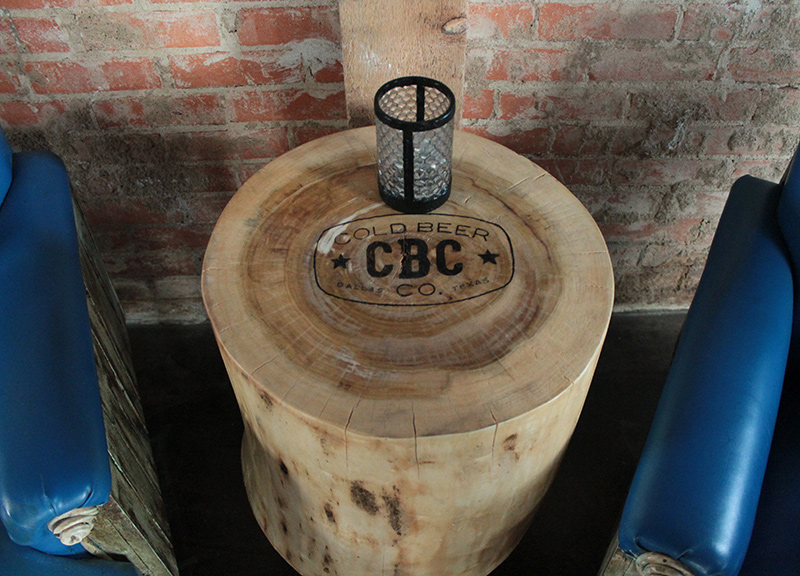 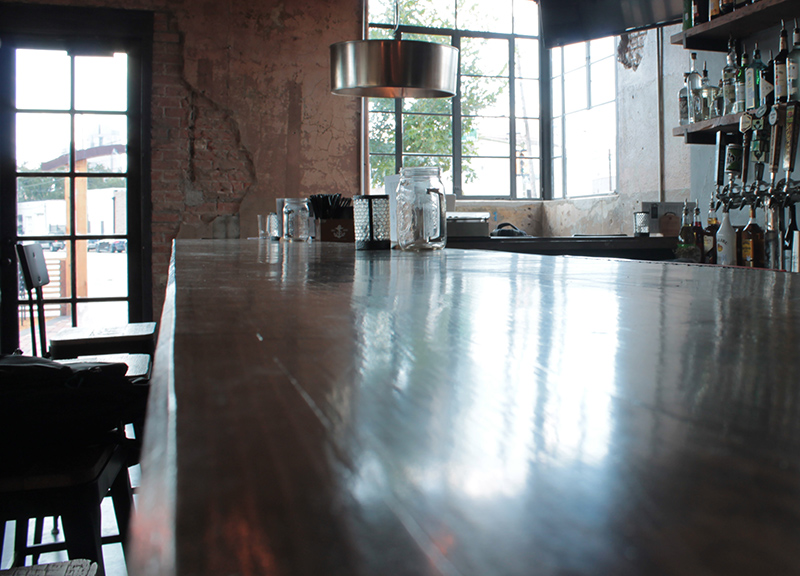 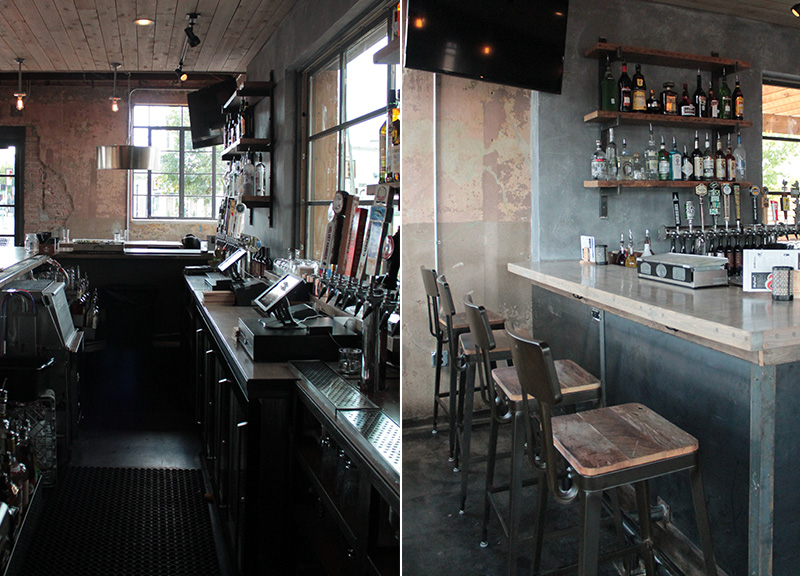 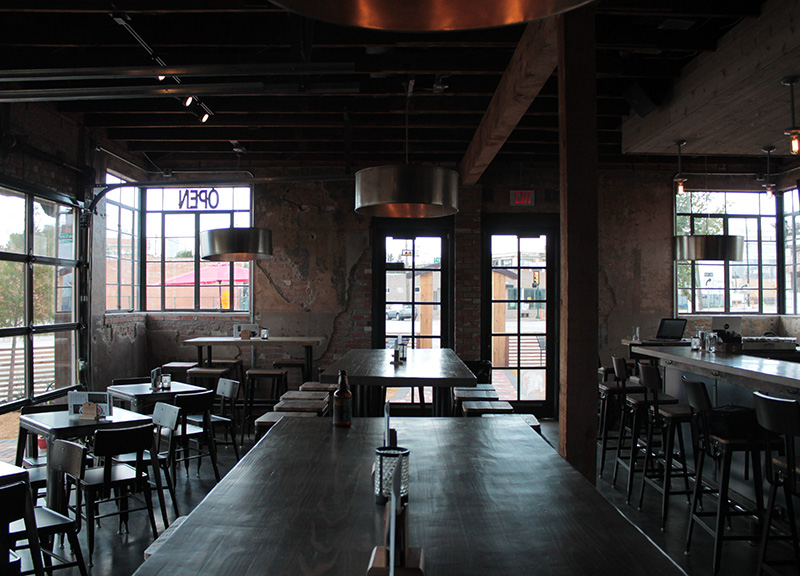 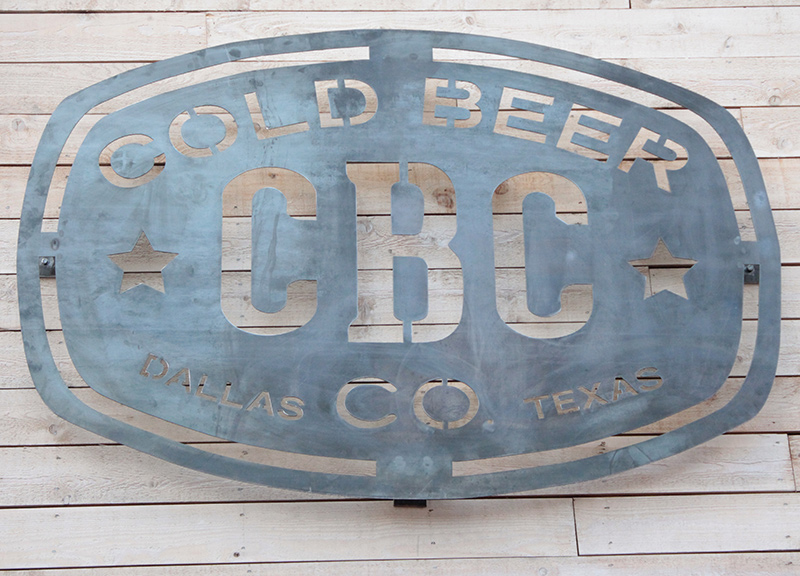 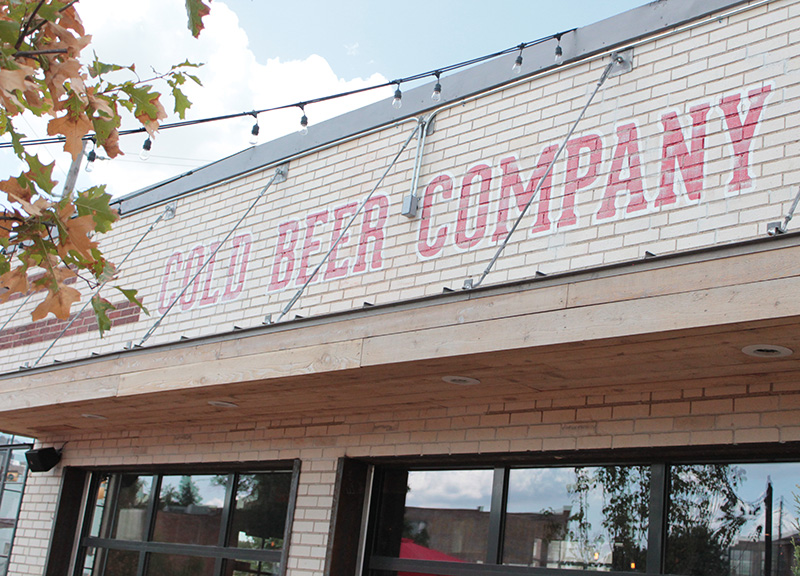 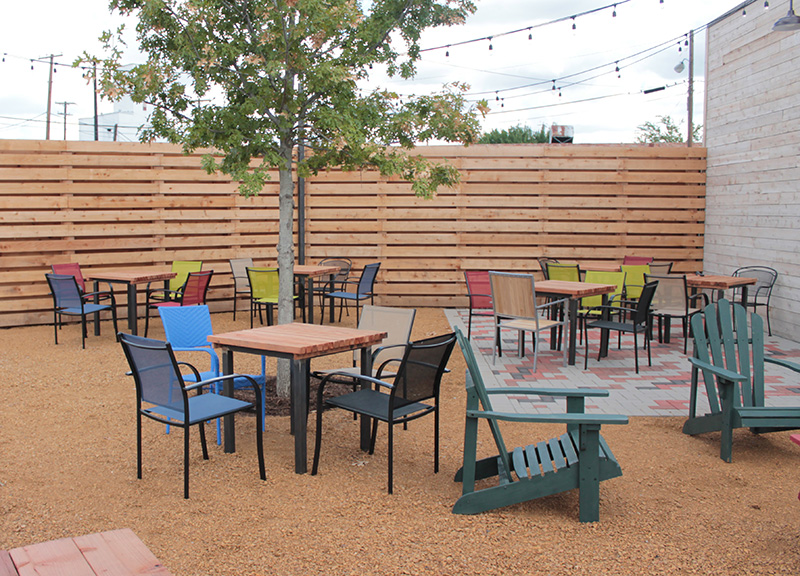 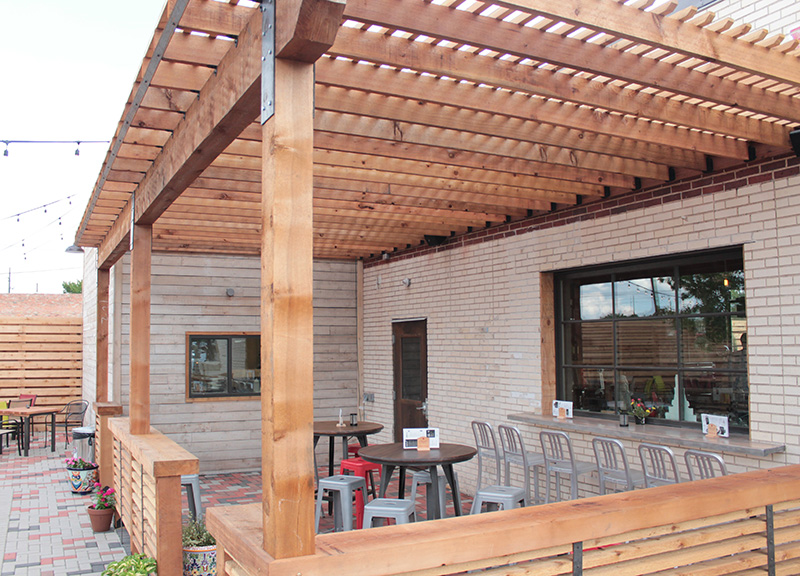 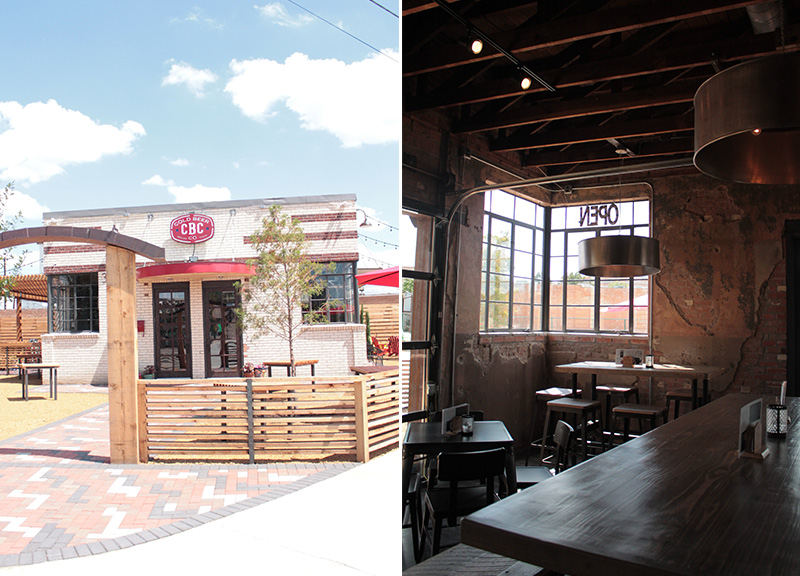 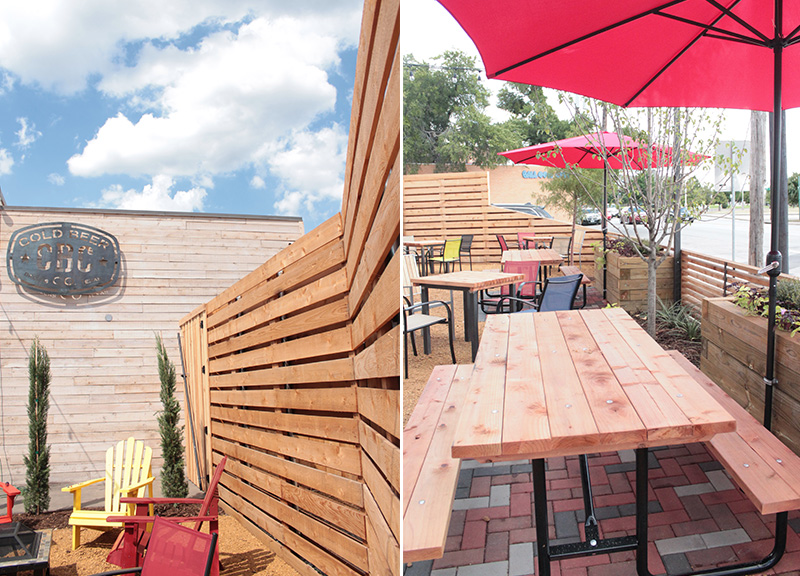 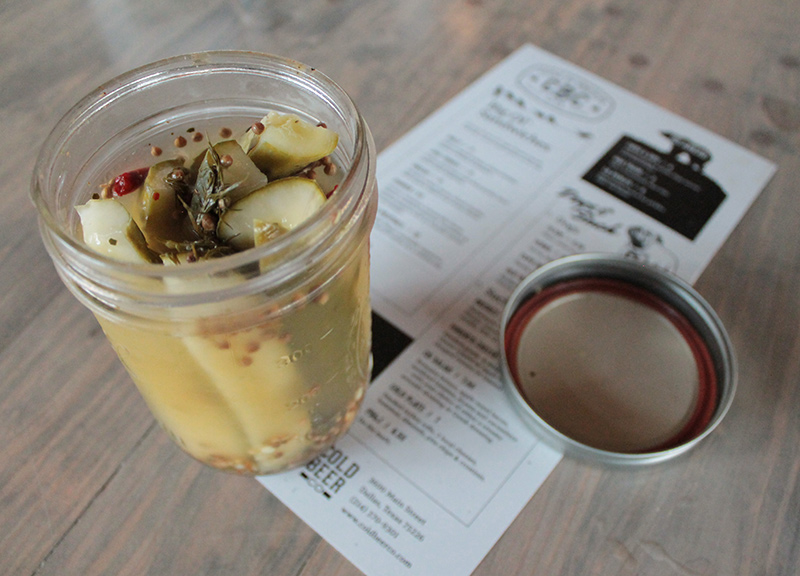 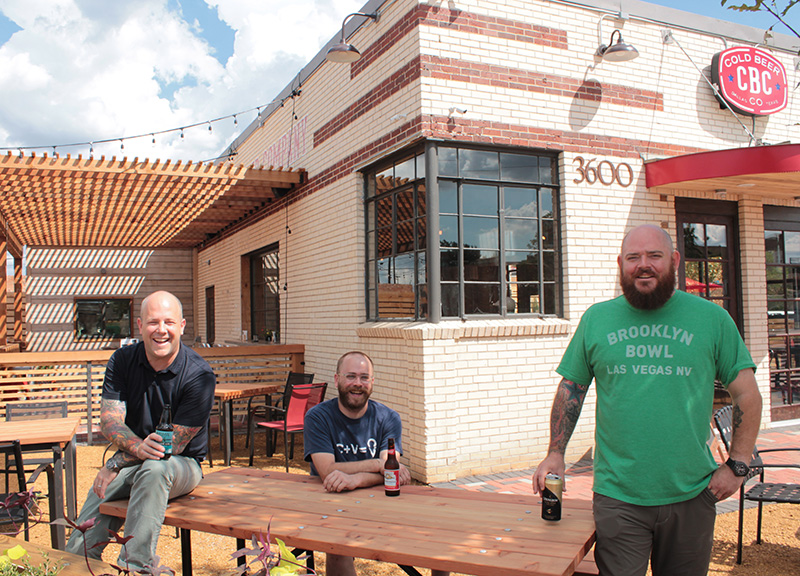