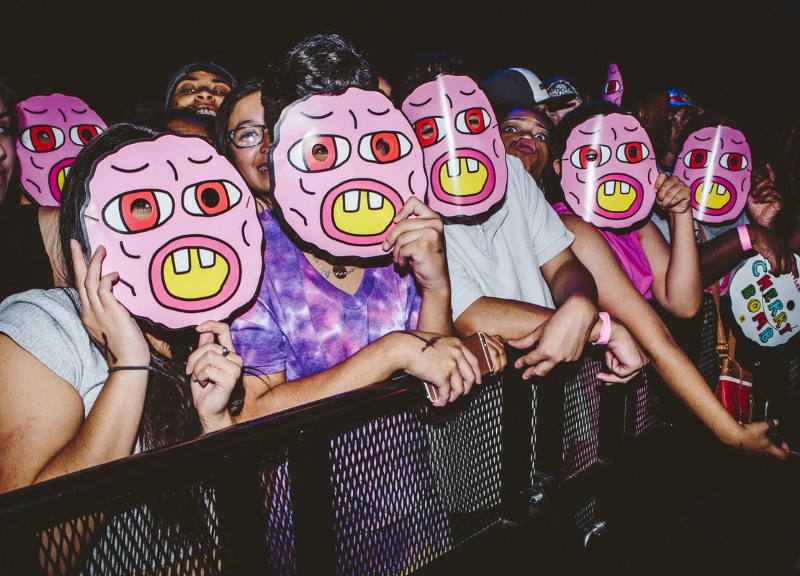 If the cult musical collective Odd Future was a champion of teenage rebellion, then it's founding member — Tyler the Creator — is the pied-piper of the movement. And despite hurt feelings about the group's recent “disbanding,” Tyler's hold over youth culture remains as strong as ever, as his performance at The Bomb Factory on Friday night clearly evidenced.

The crowd was densely packed with a younger set of concertgoers, with signs of adult life relegated to what appeared to be parental chaperones and hold-over OF fans from years past, all lingering toward the back. The youthful crowd could have potentially been the reason for the early show time, too, as Tyler took the stage around 9:30, after a DJ set (read: playlist) from Loiter Squad cohort Taco. The show started seemingly without warning, too. Really, the only indicator was Taco playing “Bitch Suck Dick” from Tyler's debut album, Goblin, as the opener.

That ever-jovial, slightly crass song set the tone for what would be another high-energy performances from Tyler, although perhaps less antics-driven than ones from his past. This could be due in part to maturing over the years, which I suppose enough run-ins with the law are bound to bring out in a person. Of course, that said, attending a Tyler the Creator show will these days still provide plenty of moshing opportunities or maybe just the chance to sweat with friends.

Most of the songs during the night came from Tyler's most recent release, Cherry Bomb, which combines a more musical, less shock-rap focused Tyler with a sound reminiscent of producer extraordinaires Pharrell Williams and Chad Hugo's band, N.E.R.D. Older songs like “She” were also performed, but with less enthusiasm and showing as signs of just how much Tyler's focus has shifted away from past endeavors. Other songs from his sophomore album, Wolf, too made the cut, as the dance track “Tamale” took the penultimate spot before the night ended with the purposefully explosive “Cherry Bomb.”

And that was it. All was said and done around 10:30, with boxes of pink masks — like the one that adorns Cherry Bomb's front cover — waiting outside of the venue, for all in attendance to take as a remembrance.

As the boxes of masks disappeared by the handful, it was all the proof needed: With his old Odd Future cohorts in tow or not, Tyler the Creator's momentum remains in full force. 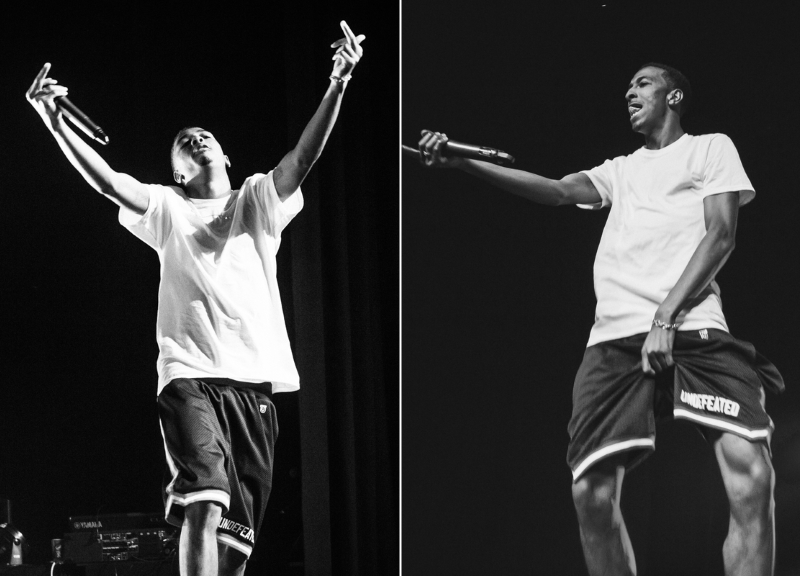 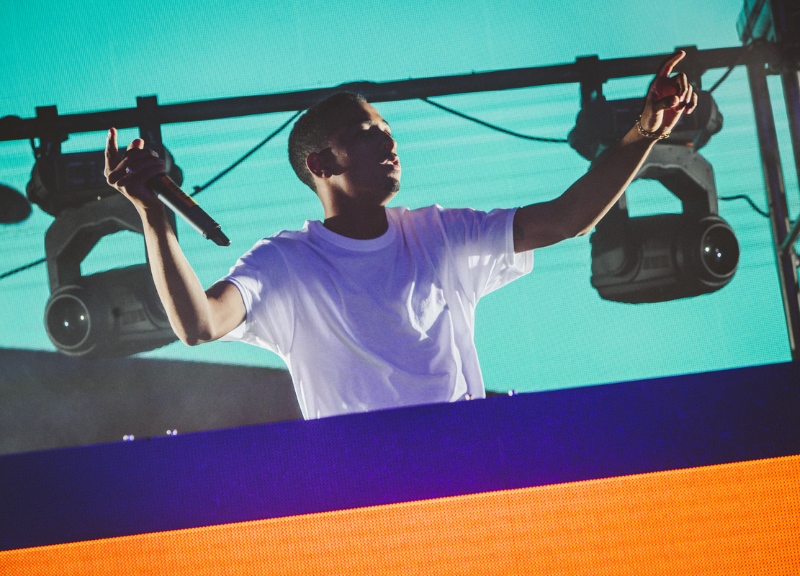 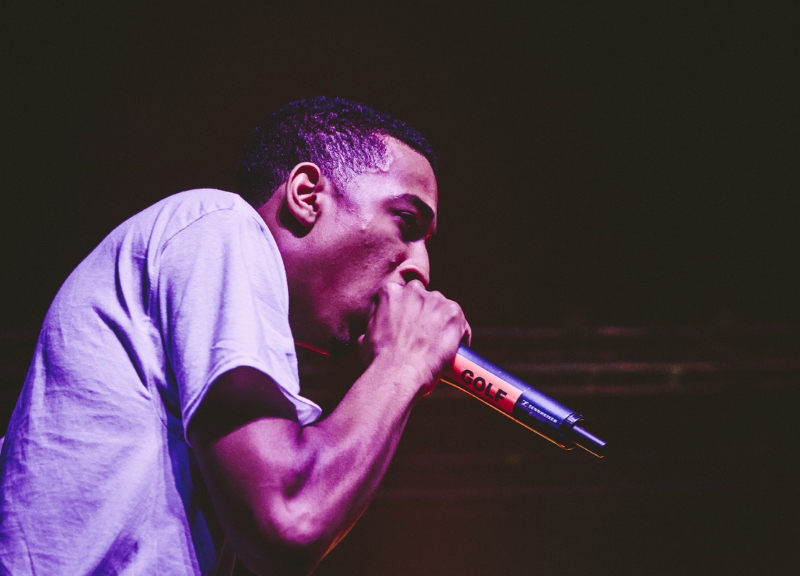 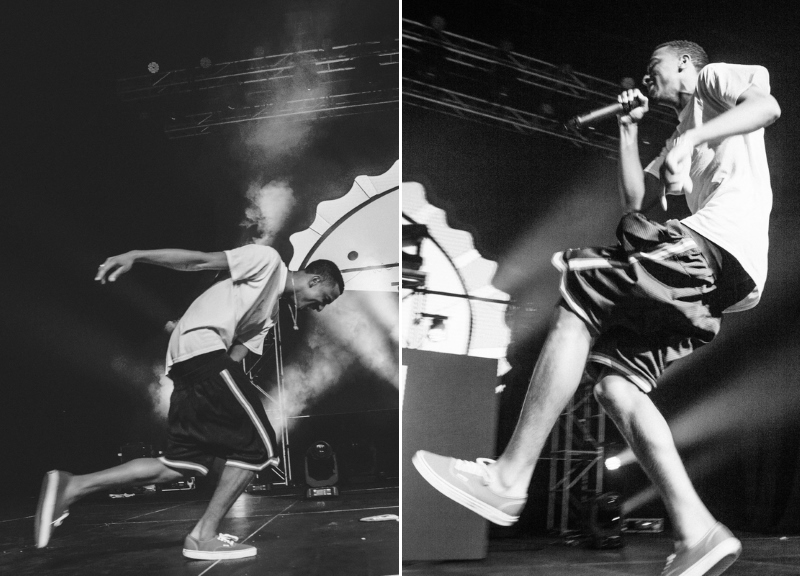 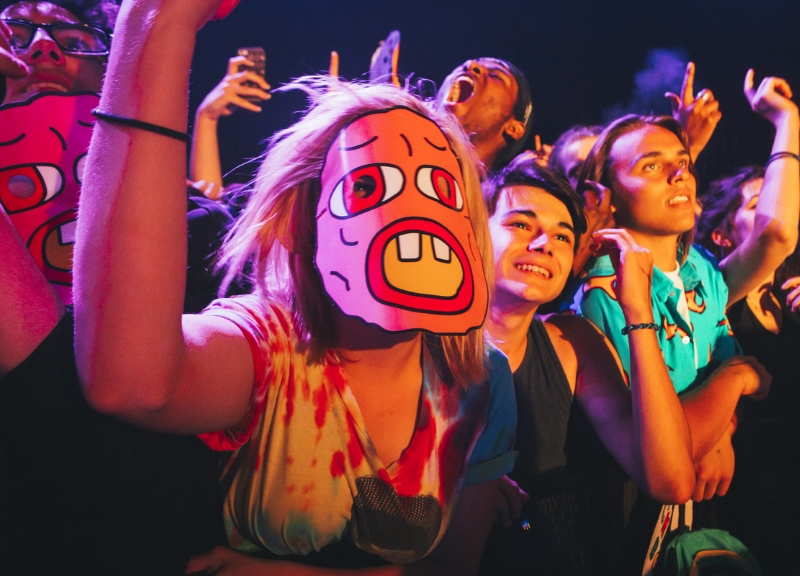 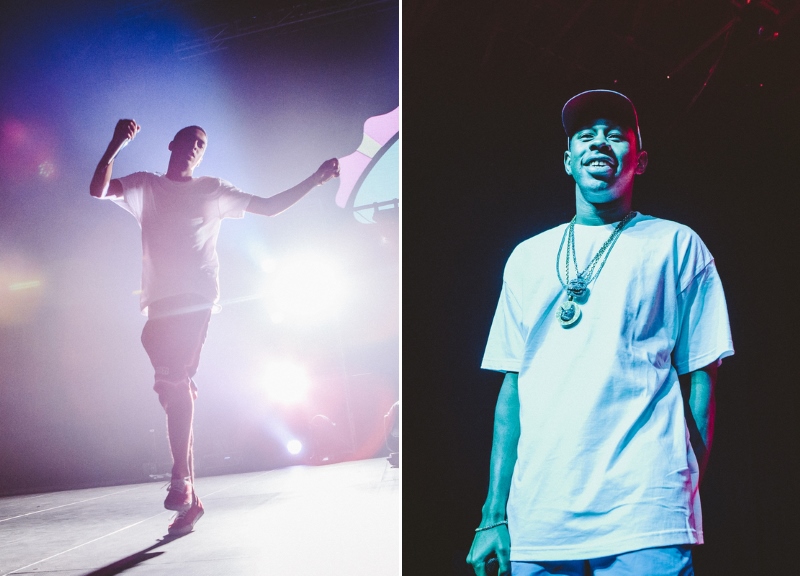 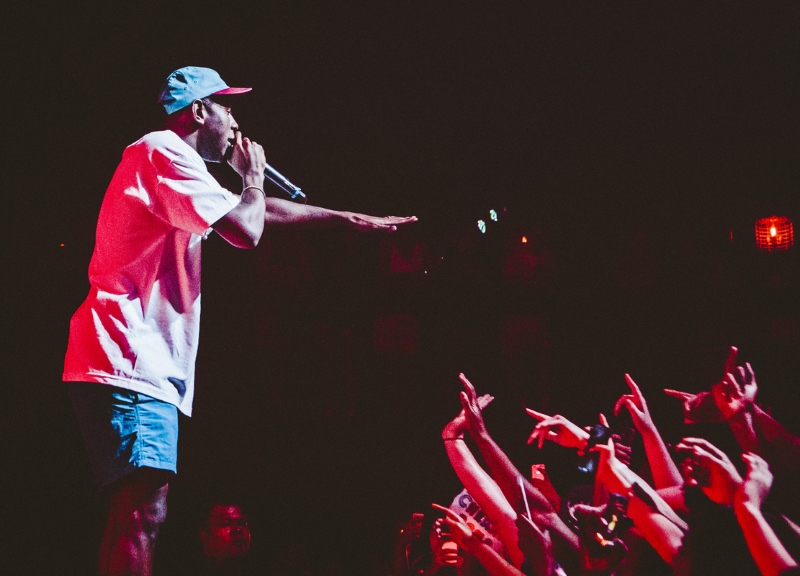 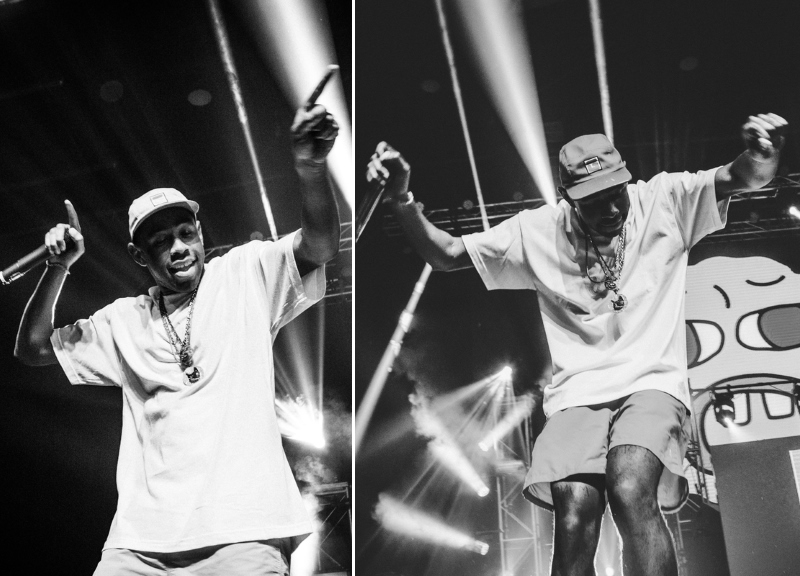 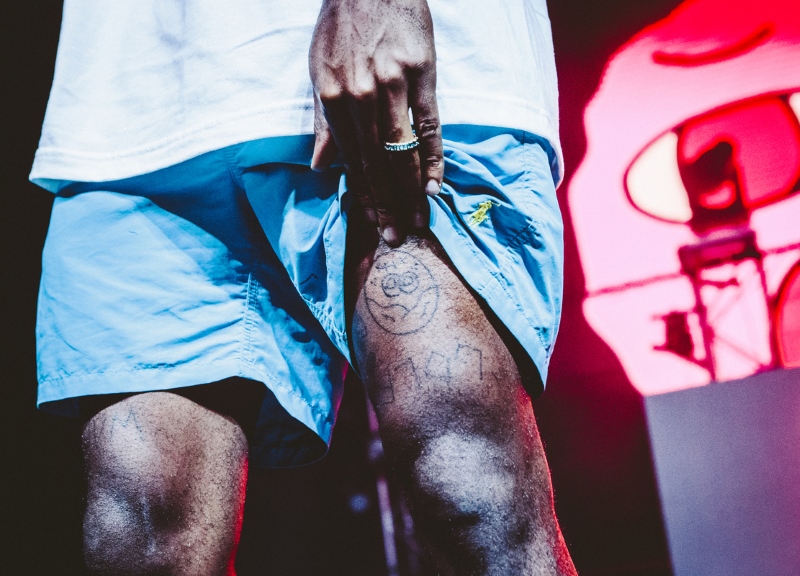 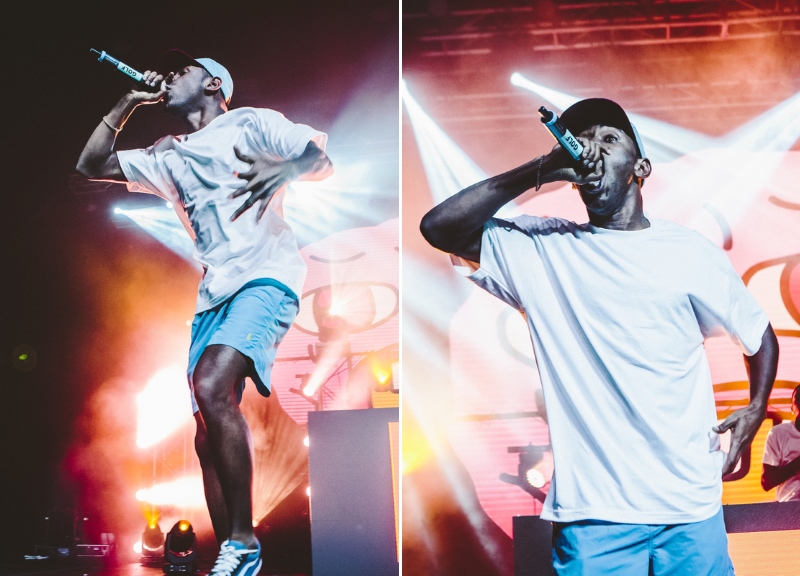 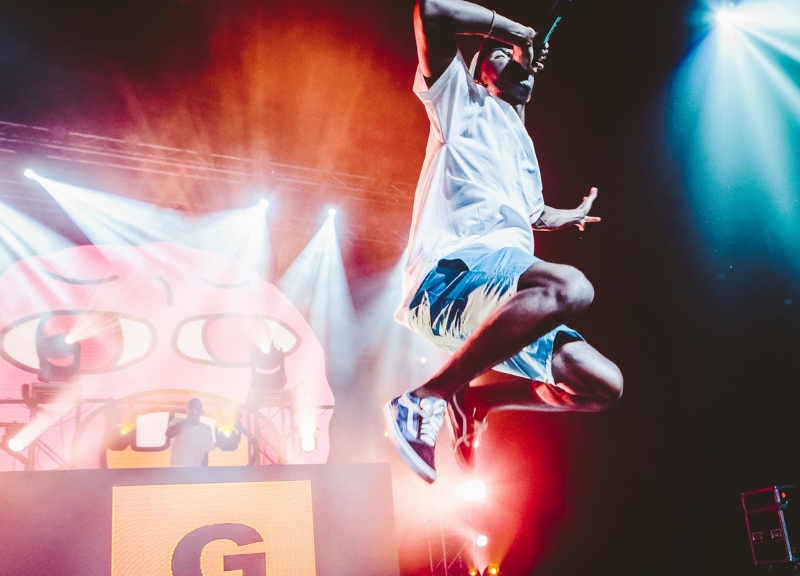 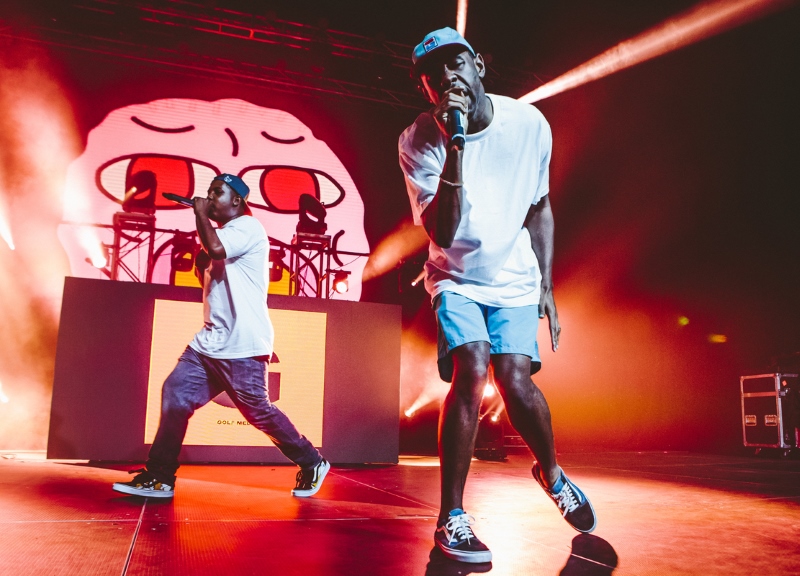 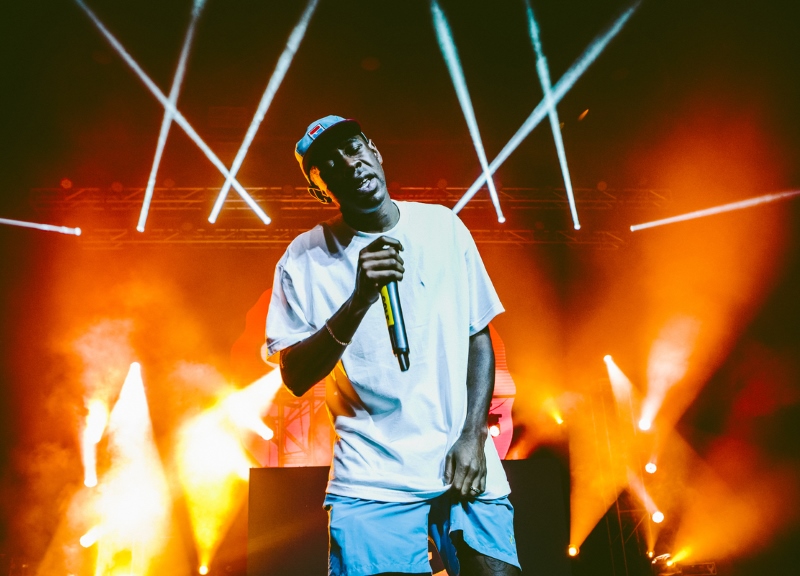 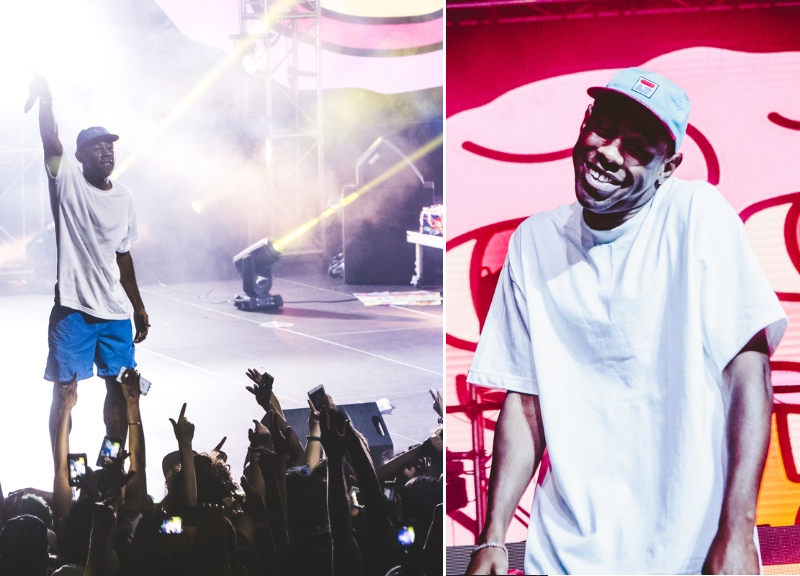 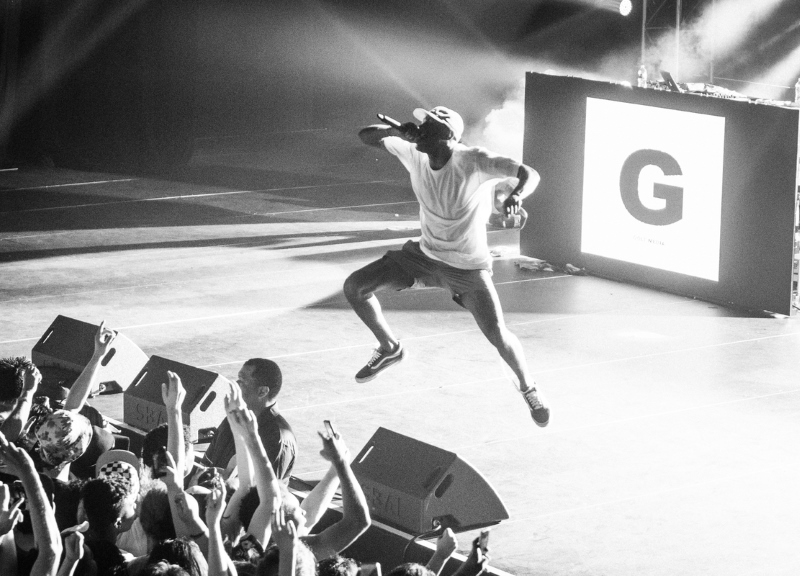 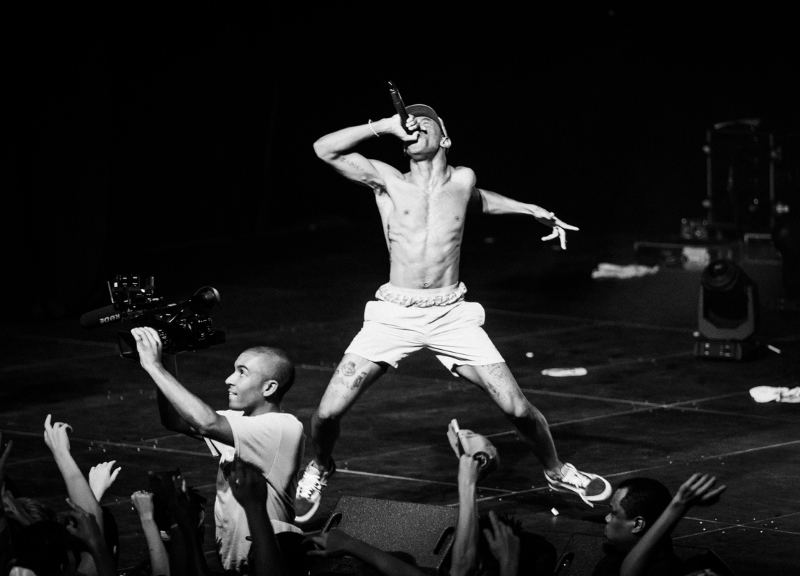 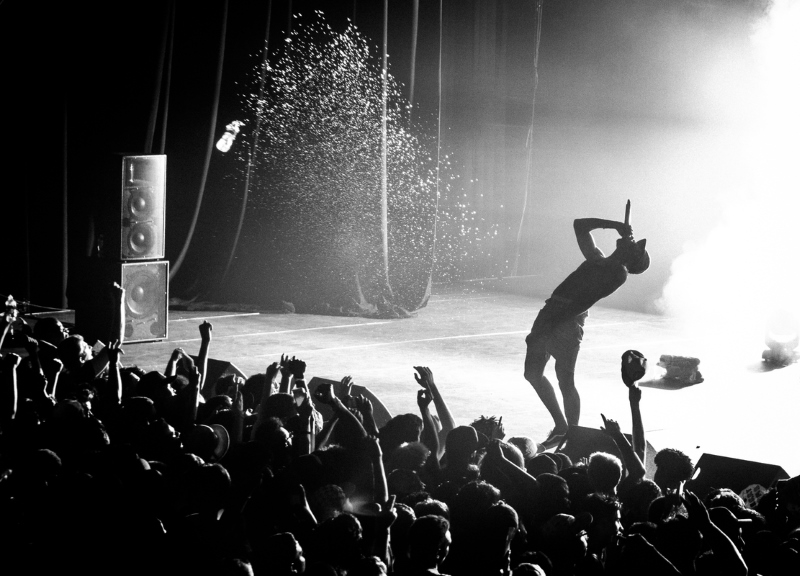 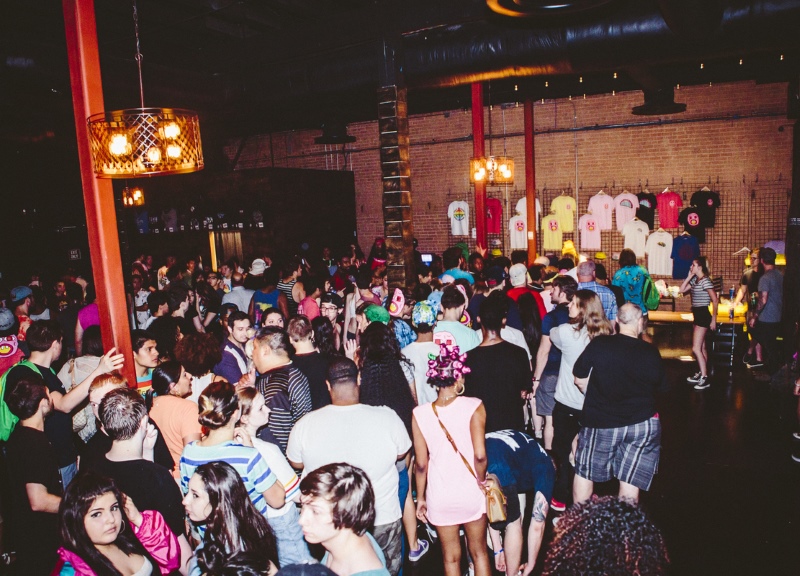 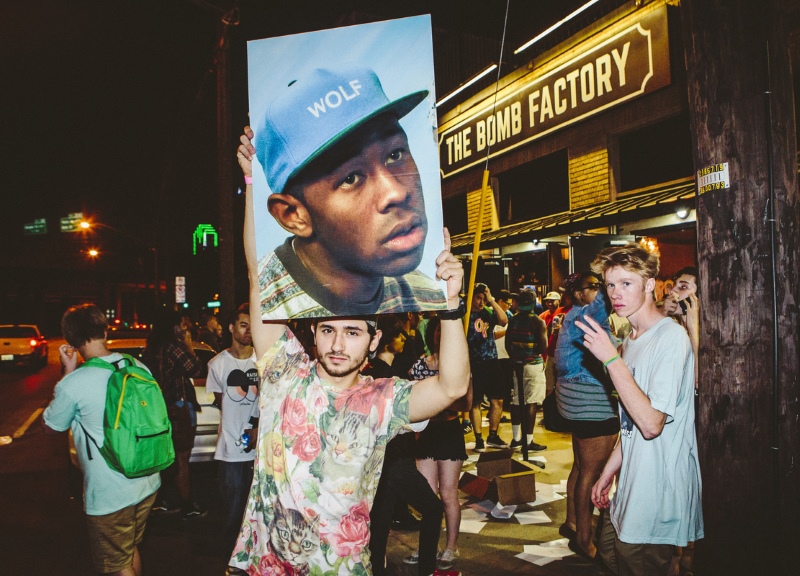