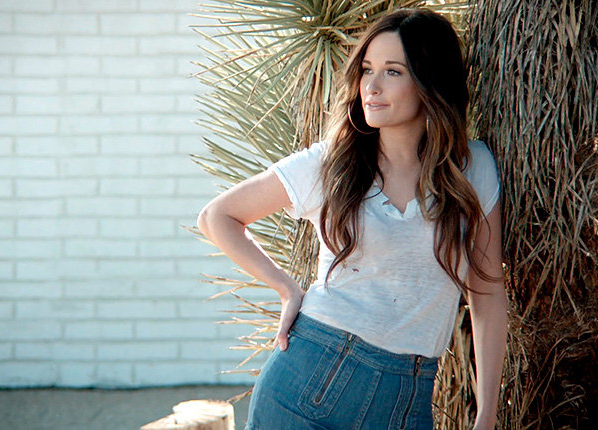 When she’s not recording star-studded Christmas albums or song-swapping with the likes of James Taylor, Chris Stapleton, Joe Walsh and Vince Gill, Kacey Musgraves likes to remember her roots. And, like every good North Texan, that means getting stoked for the opening of the State Fair of Texas.

Musgraves isn’t just going out there to chow down on cookie fries, though. She’s performing a free concert tomorrow on the fair’s opening night. Talk about the perfect date opportunity.

Even more interesting? The fact that the multiple Grammy winner has somehow never topped our weekly, local music power rankings. Well, that changes today, as she now adds the extremely prestigious honor to her list of accomplishments.

Just behind her this week is her fellow Grammy winner Norah Jones, who not only came home for a headlining set at last weekend’s Oaktopia fest, but added UNT’s highest medal to her own list of accomplishments.

Speaking of accomplishments: Selena Gomez became the first Instagram user to reach 100 million followers; Pentatonix’s “Jolene” video passed 10 million views and counting; and Dana Harper, Josh Halverson, Austin Allsup and Simone Gundy were seen by millions as they were each selected to join Season 11 of The Voice.

As far as live shows go, Madison King and The Roomsounds played last weekend’s Smoked Festival, although the Toadies’ headlining set was cancelled due to rain. 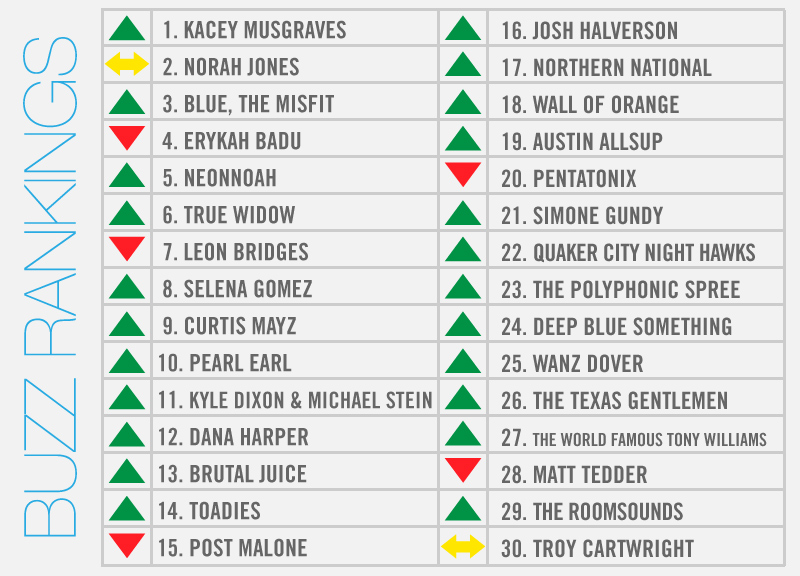