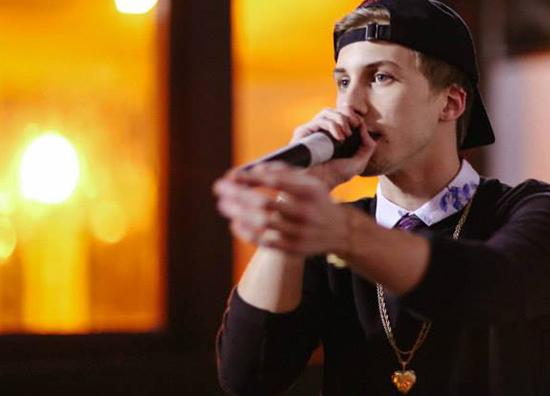 One Thing I Do Know Is That Justus Is No. 1 This Week.

It's not much of a surprise, either, as Straight Outta Compton and its unofficial soundtrack are about all anyone's talked about these past few weeks.

After writing a significant portion of that record, Justus looks to have some staying power. It's the reason we also interviewed him this week about what life's like now that he's on one of the hottest albums in the country.

Similarly, that same movie also helped remind everyone about The D.O.C. and the role he had in N.W.A.'s career. True to his legacy, only a few local artists did it better, so to speak, in this week's hype game.

A close second on this week's list was Neon Indian, who ended last week with a whole slew of announcements, including a new single, a release date and track list for his upcoming LP, and a new tour schedule which, coincidentally enough, includes a stop at The Bomb Factory as part of October's Sound Select event.

Elsewhere, Spector 45 played a reunion show, DSR released a new video, Rat Rios wrote a play and Erykah Badu was given some presidential shine when POTUS included her on his Spotify playlist. 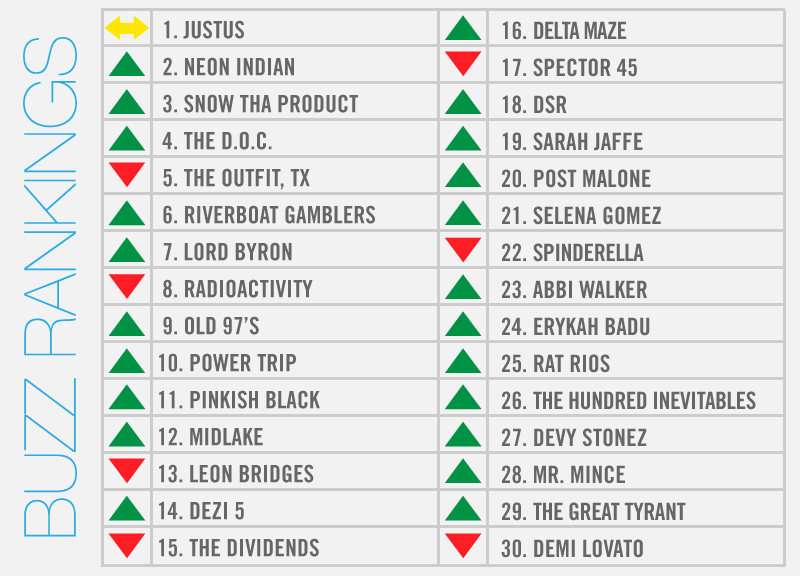