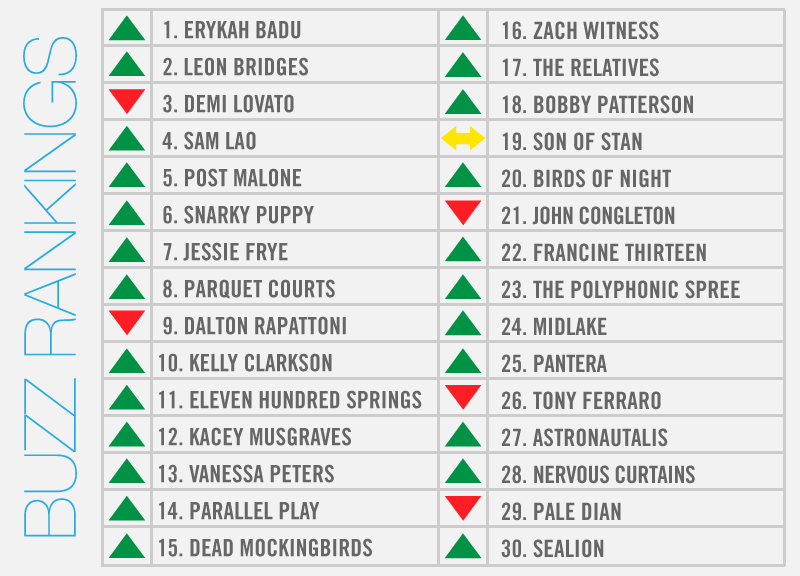 Well, it's another one of those weeks in the North Texas music scene when any one of five to 10 artists could've made an honest claim for the top spot of our weekly, local music power rankings.

As it were, Erykah Badu's star-studded birthday bash at The Bomb Factory helped The Queen earn her 16th Buzz No. 1. Yes, it's gotten to the point where all she has to do these days is mark another trip around the sun to be the talk of the town — but, hey, Dallas is certainly better for it.

Then again, the man in the No. 2 spot had a pretty astounding week himself. In a week's span, Leon Bridges not only appeared in a Macklemore video, but performed at The White House for President Obama, and then at another event for Oprah. Pretty, pretty baller. Oh, and joining Leon at The White House, and releasing a music video of her own this week was Demi Lovato.

Speaking of big shows: Eleven Hundred Springs headlines the Granada this weekend, and Bobby Patterson and The Relatives will share a joint, free bill at Fred's in Fort Worth. Farther out, John Congleton & The Nighty Nite will return to Double Wide for its first show since some five years ago. Also: Post Malone was added to the JMBLYA lineup.

Earning their spots due to new releases this week were bands such as Parallel Play, which celebrates its new EP at Sundown this Saturday, and Sam Lao, whose new LP will be celebrated at RBC tomorrow night. Oh, and Vanessa Peters, Dead Mockingbirds and Tony Ferraro had new ones out as well. 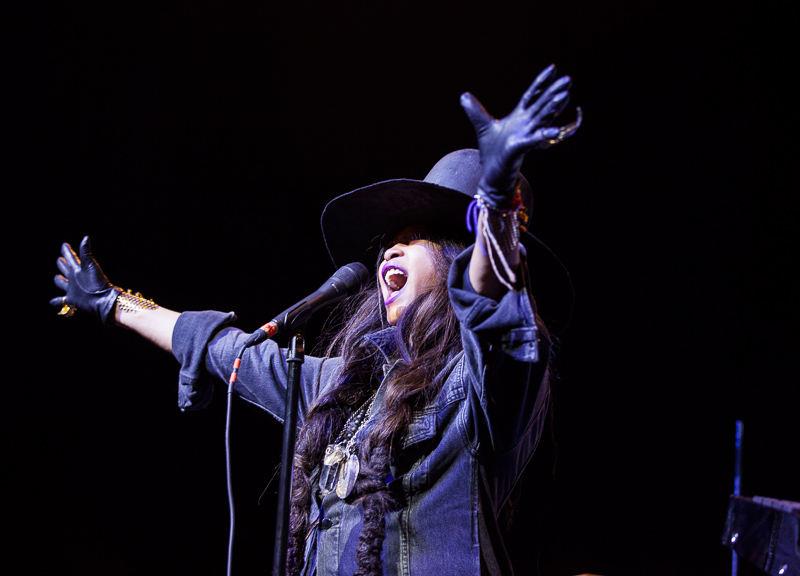