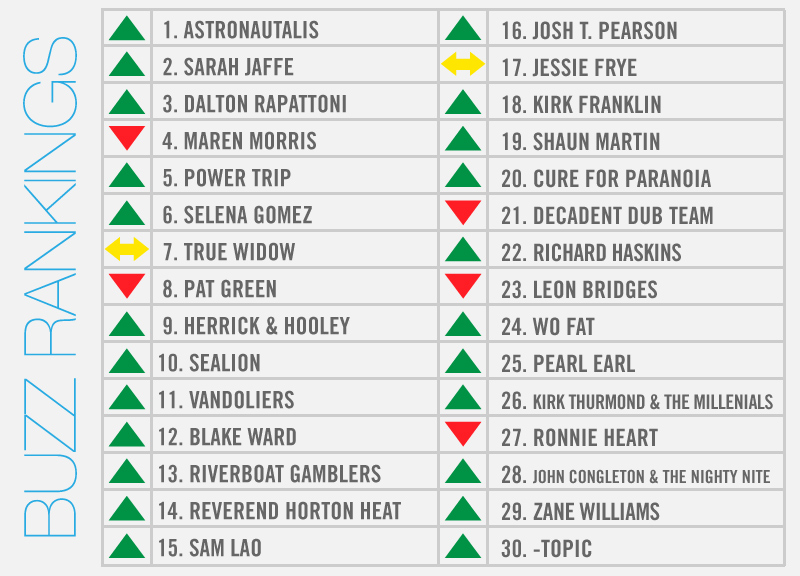 After rocking Three Links last weekend and Lola's last night, Astronautalis winds down his three-date North Texas mini-tour tonight at Rubber Gloves. Forget that Mugen Hoso did pretty much that same thing this week, and just go with it when we say something about how it's not everybody that can fill out three area venues in one week.

On top of all that, he'll be dropping the video for “Running Away From God,” a single from the forthcoming Cut the Body Loose LP, tomorrow. 'Twas a busy week, indeed. Enough to fight his way to the top of our weekly, local music power rankings for the first-ever time.

A couple spots down, area young 'un Dalton Rapattoni continued his impressive run on American Idol. In fact, he finds out if he'll land in the Top 4 of that competition on tonight's episode. Also on TV was Selena Gomez, who was caught enjoying herself in Fort Worth by TMZ. Then there was Reverend Horton Heat, which made the nightly news when its bus caught fire on the highway.

Elsewhere: DJ Blake Ward celebrates five years of Glamorama this Saturday; Richard Haskins is in jail again; Josh T. Pearson's coming back to town; and Riverboat Gamblers frontman Mike Wiebe is laid up in the hospital after a trust fall gone wrong at SXSW. 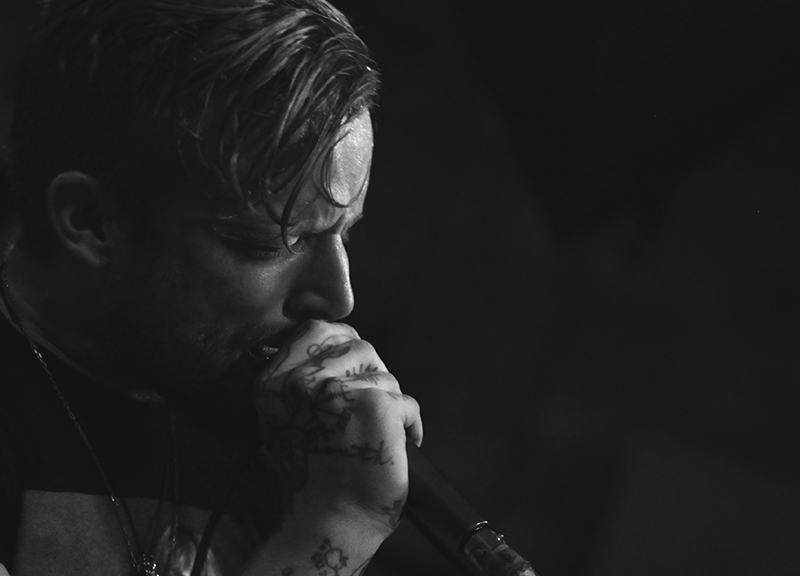