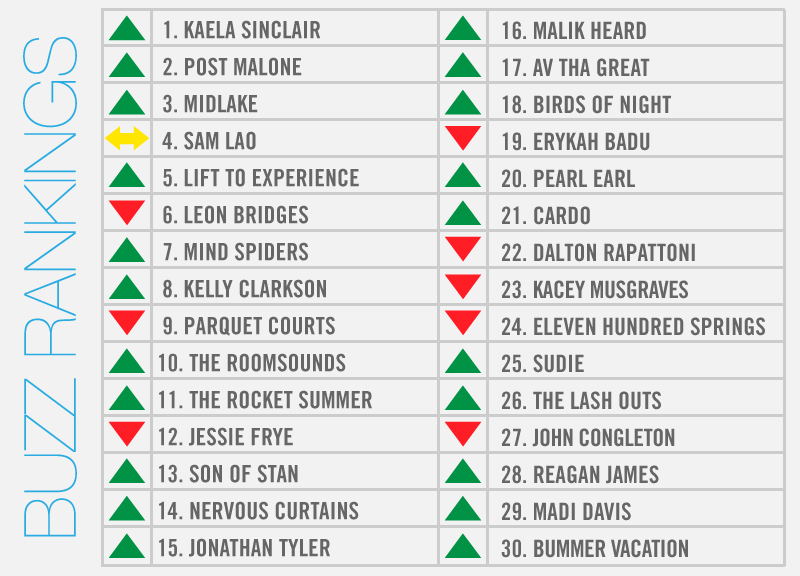 This Week, The City Was Kaela Sinclair's Church.

So last Friday really ended with a bang, huh? Especially for Kaela Sinclair, who finally got to share the amazing news that she'd been sitting on for several weeks. And when she did finally get to let the cat out of the bag — and, yknow, tell the world that she was the newest touring member of M83 — the news spread rather quickly, garnering write-ups all over the place.

Of course, it's a pretty huge deal. The tour she's about to embark on will hit a ton of major cities and big-ticket festivals over the next several months, with additional legs in Europe and Asia too. Pretty darn huge, indeed. Beyond that, as Sinclair's about to leave town to begin rehearsals for the tour, she also finds herself atop our weekly, local music power rankings for the first time.

We expect it won't be her last.

Speaking of hopping on big tours, Post Malone — who was in town this week opening for a sold-out Fetty Wap show at House of Blues — also announced this week he would be opening shows on the North American leg of Justin Bieber's tour.

And while not a tour, exactly, Lift to Experience did announce that it was reuniting to play its first show in 15 years.

Beyond that, darn near everybody on the list this week is playing this weekend's 35 Denton festival — or, well, that's what it feels like, anyway.

Speaking of shows: The Voice alumni Reagan James and Madi Davis are sharing a bill at The Live Oak, while current The Voice contestant Malik Heart continues his run on the show. Similarly, School of Rock teacher Dalton Rapattoni just ended his run on American Idol after making it all the way to the Top 8.

Finally: The Roomsounds, Mind Spiders, The Lash Outs and The Rocket Summer are playing album release shows at various spots around town this weekend; Jessie Frye released her new beer; and Midlake bought up more of Denton. 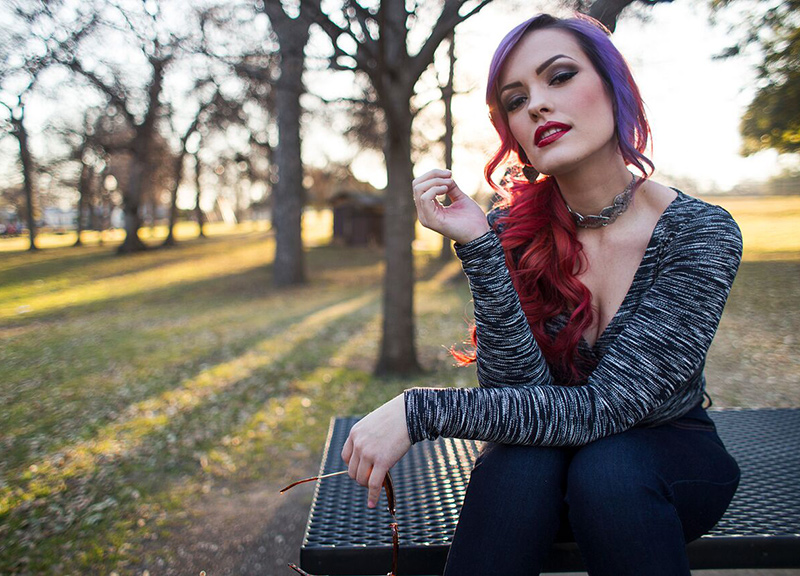