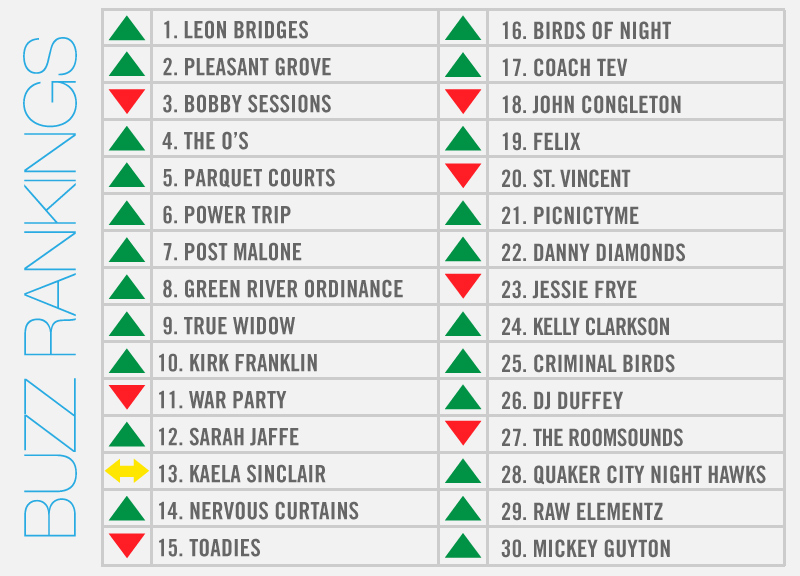 This Week, Leon Bridges Took Us To The River.

Sure, it took a whole month, but once again Leon Bridges asserted his dominance over our little weekly, local music power rankings, notching his first No. 1 of 2016, and his 19th all-time.

As much as we'd like to see a little more variety atop the list, we can't argue that the honor isn't deserved, as it is each and every time he tops one of these things. This week, for instance, he released his incredibly powerful video for “River,” which won over even his critics over at NPR. As if that weren't enough, he was also announced as one of the big headliners of this summer's Roots Picnic festival up in Philly.

In any other city, an act like Pleasant Grove might have easily taken home a No. 1 this week. Tomorrow, the band releases its first new album in 12 years, a fact which it'll celebrate with a pair of free, intimate release shows this weekend at Fred's in Fort Worth and Twilite Lounge in Dallas. For their troubles, they took the No. 2 spot.

Also coming with new albums this week was The O's, War Party and Green River Ordinance. And True Widow and Parquet Courts each teased upcoming new releases, too.

In the No. 3 hole this week was Bobby Sessions, who helped RBC celebrate its grand re-opening last weekend. And Sarah Jaffe, Kaela Sinclair and several others will help out Kevin and Becki Howard's family as part of a benefit show tonight at Trees. 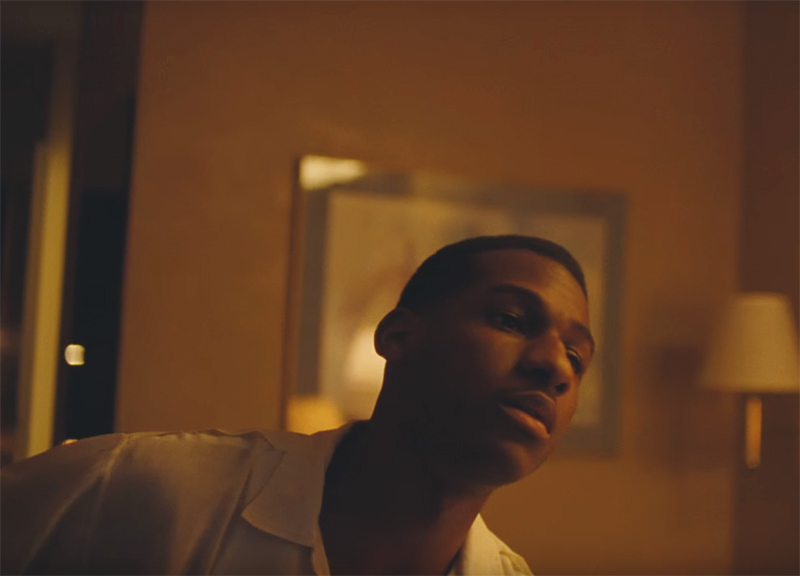