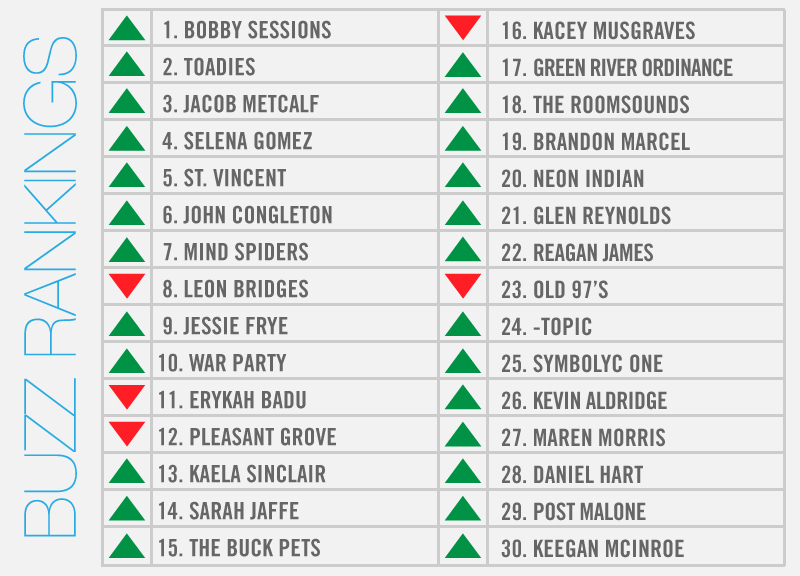 Ain't It A Grand Week For Bobby Sessions?

Since earning his first No. 1 spot in these here Buzz Rankings a few weeks back, Bobby Sessions has just kept on grinding.

And so, for the third time in five weeks, Sessions finds himself atop our weekly, local music power rankings.

Likewise, War Party, whose album we got to premiere this week, will play an official release show for its new sophomore effort this weekend at new Fort Worth venue The Under Where.

And, aside from releasing a Bowie cover as a charity single, the Toadies also premiered a new video via Paste. (We got a behind-the-scenes look at how that sucker was filmed, too.)

Elsewhere: Kaela Sinclair is all over KXT's re-branding project; Jessie Frye is getting her own beer; and Symbolyc One and Glen Reynolds were sampled on that new Macklemore song. 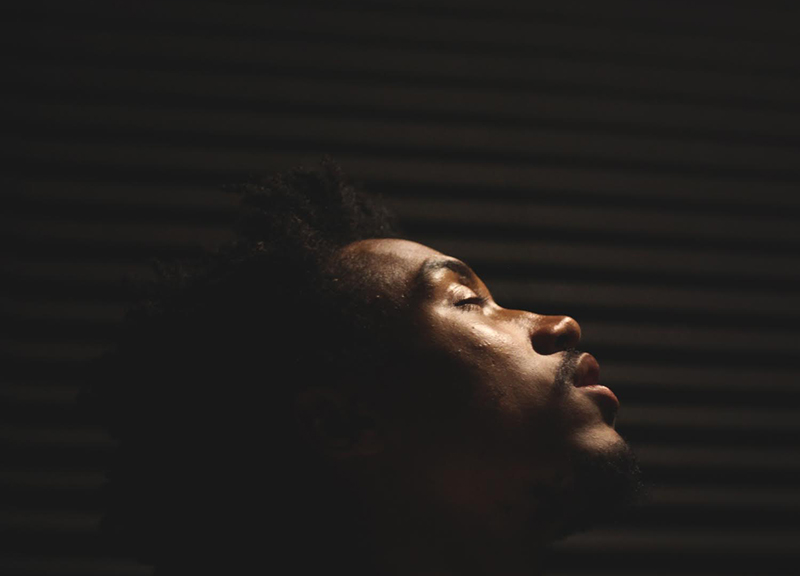