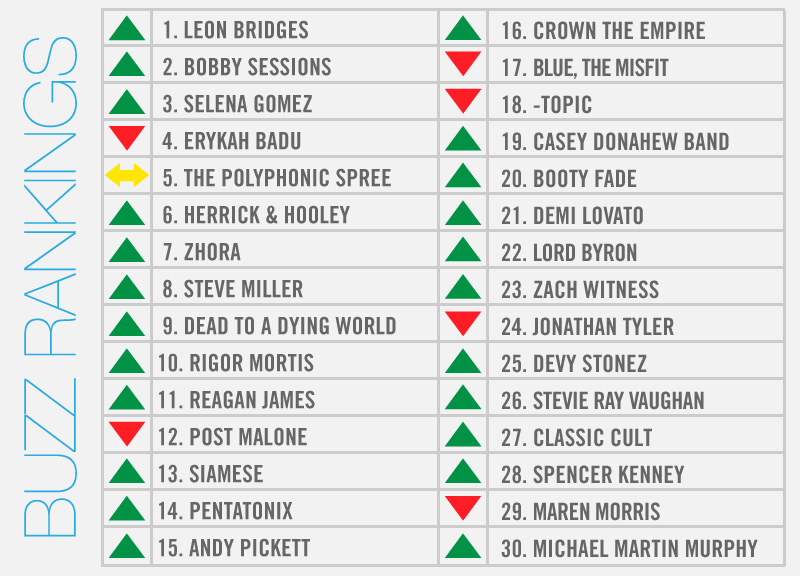 Leon Bridges Shakes The Haters Off.

As we learned yesterday, Leon Bridges had a way better year than you or I did. And he certainly had a more buzz-worthy 2015 than any other musician in town.

There's no arguing that at all, really.

And thanks to a Colbert performance and a Rolling Stone feature — and the fact that Concussion, the film for which Will Smith commissioned an original Leon tune — he this week once again tops our weekly, local music power rankings, now for his 19th time, 18 of which came this calendar year.

Eighteen, folks. That's something like 35 percent of the rankings for the year. To put it another way: Leon finished atop more than one out of every three of our weekly Buzz Rankings this year.

Not far behind Leon this week was Bobby Sessions. While he didn't edge out Leon on this particular list, he did beat him out for the No. 1 hole on the Dallas Observer's best albums of the year list. He also popped up on most every other local publication's best albums lists, too.

Lists were a big player this slow news week, and helped many artists from this week's rankings earn their spots. Erykah Badu, Andy Pickett and Regan James, for instance, are all artists that earned spots in the Top 10 of our own best local songs of 2015 countdown.

Then there were acts like The Polyphonic Spree, Brave Combo and Michael Martin Murphey, each of which played special holiday-themed concerts of late. Also: Crown the Empire will play this weekend's post-Christmas Unsilent Night festival at The Bomb Factory.

Elsewhere: Steve Miller earned a spot in the Rock and Roll Hall of Fame; Stevie Ray Vaughan got one step closer to getting his statue in Oak Cliff; Zhora released its debut EP; and Rigor Mortis premiered its Welcome to Your Funeral documentary last night. 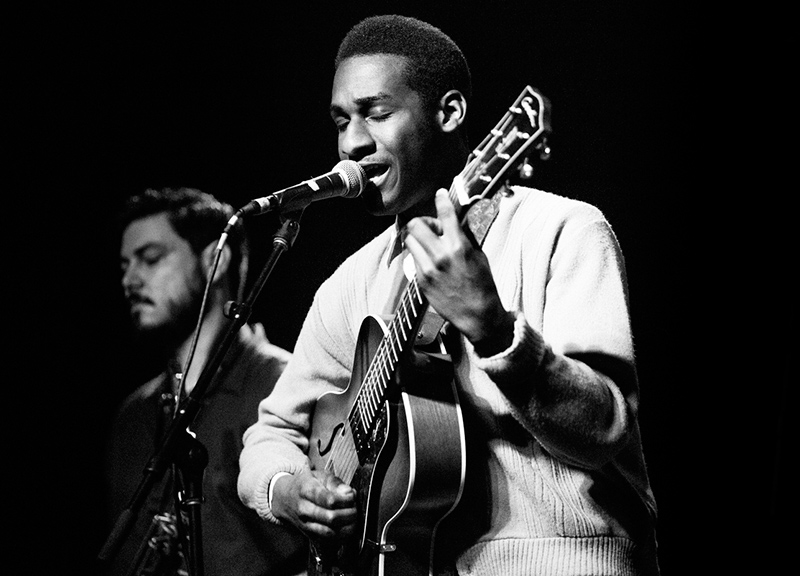