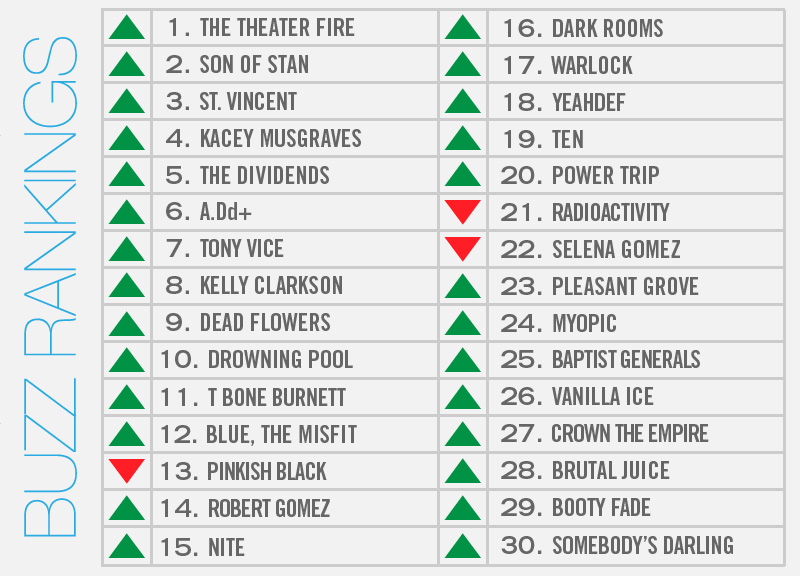 This Week, The Theater Fire Heated Up.

There was a time not so long ago when Fort Worth's The Theater Fire was one of the biggest bands in town.

And it's not inconceivable to think the band may soon be that again: The seven-piece has been hinting at the prospect of a new record, and a return to live shows may be in their future.

In the meantime, though, members of the local music community are coming together to help the band's co-founder, Curtis Heath, pay off some of the medical bills he's racked up in recent months while battling cancer without the benefit of having any health insurance.

That help will come in the form of this Saturday's benefit show at Dada, which will feature performances from Will Johnson, Myopic, Panther Robe, and Pleasant Grove who, like The Theater Fire, also recently re-formed and started work on new material.

Speaking of bands reuniting and working on new material: The decades-long dormant metal outfit Warlock and the hardcore band Tolar, each announced this week new releases they have planned in the coming months.

Other buzzing acts this week include Son of Stan, Kacey Musgraves and Kelly Clarkson, who all received Grammy nods at the end of last week. And on the heels of her recently-released Christmas album, Mrs. Clarkson also starred in her own nationally-televised Christmas special for NBC.

Then there was Dallas ex-pat St. Vincent, whose just-released “Birth in Reverse” single embedded its way onto just about every music website in the country earlier this week. Hey, we didn't say we were exempt from the previous statement. The new single, of course, was used to promote the fact that a self-titled LP from the artist is due out in February. A subsequent tour announcement that followed also shows St. Vincent will be performing at the House of Blues on March 14.

And not to be forgotten is The Dividends, which released the first single from its own forthcoming debut that same day.