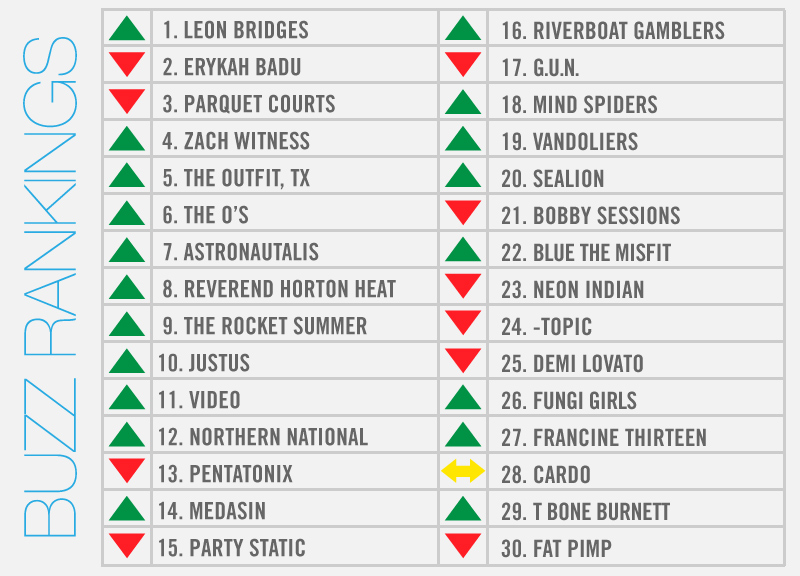 This Week, Leon Bridges Sold Out.

The past few weeks have been all about Erykah Badu. And this week was no different, what with her making history with the first Periscope music video and dropping another single from her still-forthcoming mixtape.

But those efforts weren't enough, turns out, for Badu to earn her third consecutive trip to the top of our weekly, local music power rankings. If she had, she would have pulled into a tie with Leon Bridges for all-time No. 1s with 14 overall.

As it were, Bridges not only maintained his lead, but increased it by earning his 15th No. 1 in little over a year. Let's just say it takes tremendous amount of buzz to end up on the radar of uncool and out-of-touch old dudes like The Today Show's Harry Smith, which Bridges finally did via a Sunday morning segment this past weekend. O

n top of that, he headlines a sold-out show at The Majestic this Saturday, too.

In the No. 3 hole this week is Parquet Courts, which played a homecoming show in Denton and sold out Rubber Gloves with ease.

Other big shows helped artists make the list, too — like the Elm Street Music & Tattoo Festival slot for its co-founder Reverend Horton Heat. Others such as Riverboat Gamblers, Vandoliers, Sealion, Mind Spiders and VIDEO will also appear on that festival bill, and VIDEO in particular will use its show to celebrate the release of its new Third Man Records LP.

Likewise: The O's, Clint Niosi, The Warden and Northern National all have album release shows this week to thank for their respective spots on these rankings. Northern National's show is especially interesting, too, as it'll be held up in the Reunion Tower GeO Deck this weekend. 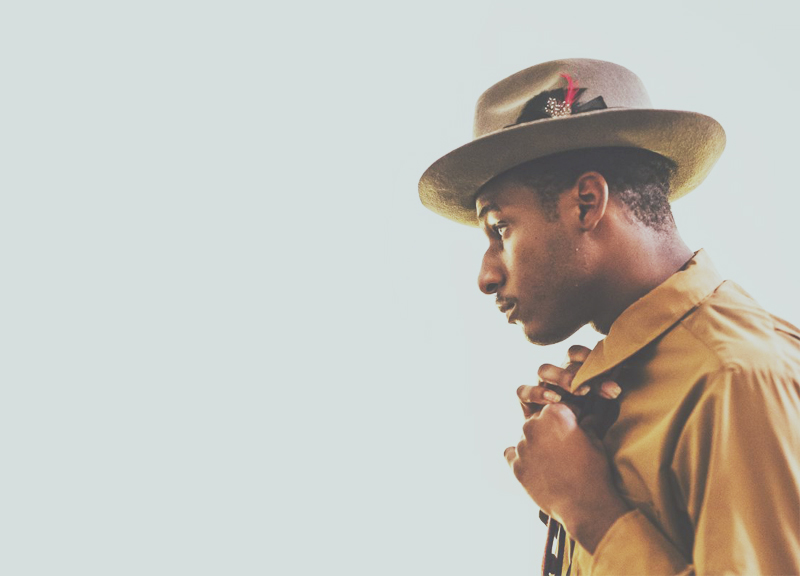