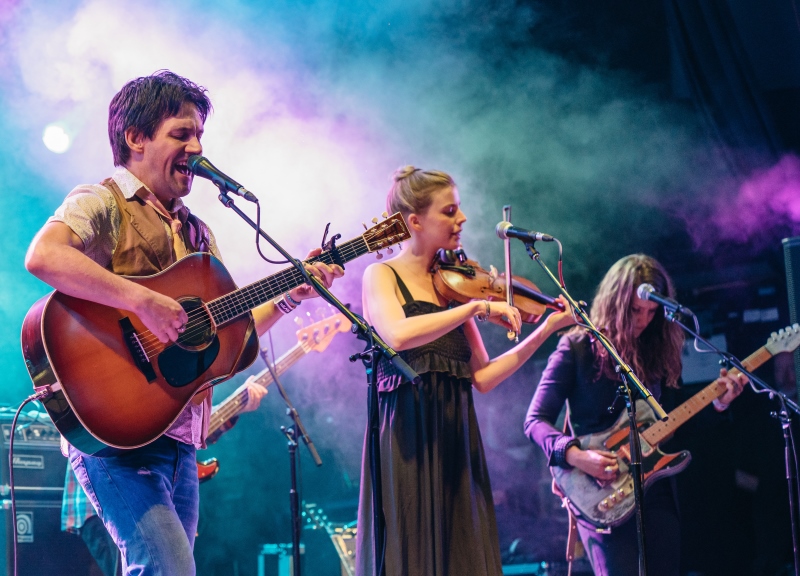 Conor Oberst’s Music Spoke For Itself at the Granada on Friday.

Conor Oberst has never been afraid to speak his mind onstage. Be it his 2005 Leno appearance where he wonders in song whether President Bush smells his own shit on national television, to his ACL performance this past weekend where he likened the band Two Door Cinema Club playing across the way to “a Verizon commercial” and an iPod.

He was similarly outspoken when he played a spillover set at the Granada on Friday, telling one heckler to go home and play his Xbox at one point, and later promising to slit the throat of any audience member that was going to vote for the orange-faced Mr. Trump.

Those incidents aside, Oberst’s set was actually quite solid otherwise as he mixed in older Bright Eyes tunes, solo material and some unreleased material from his forthcoming LP, while alternating back and forth between playing an acoustic piano and guitar. Before his three-song encore, one of the set’s major highlights was when opener Pearl Charles came back out to join Oberst in covering John Prine’s “Unwed Fathers.”

In the end, Oberst’s catalog was strong enough to speak for itself.