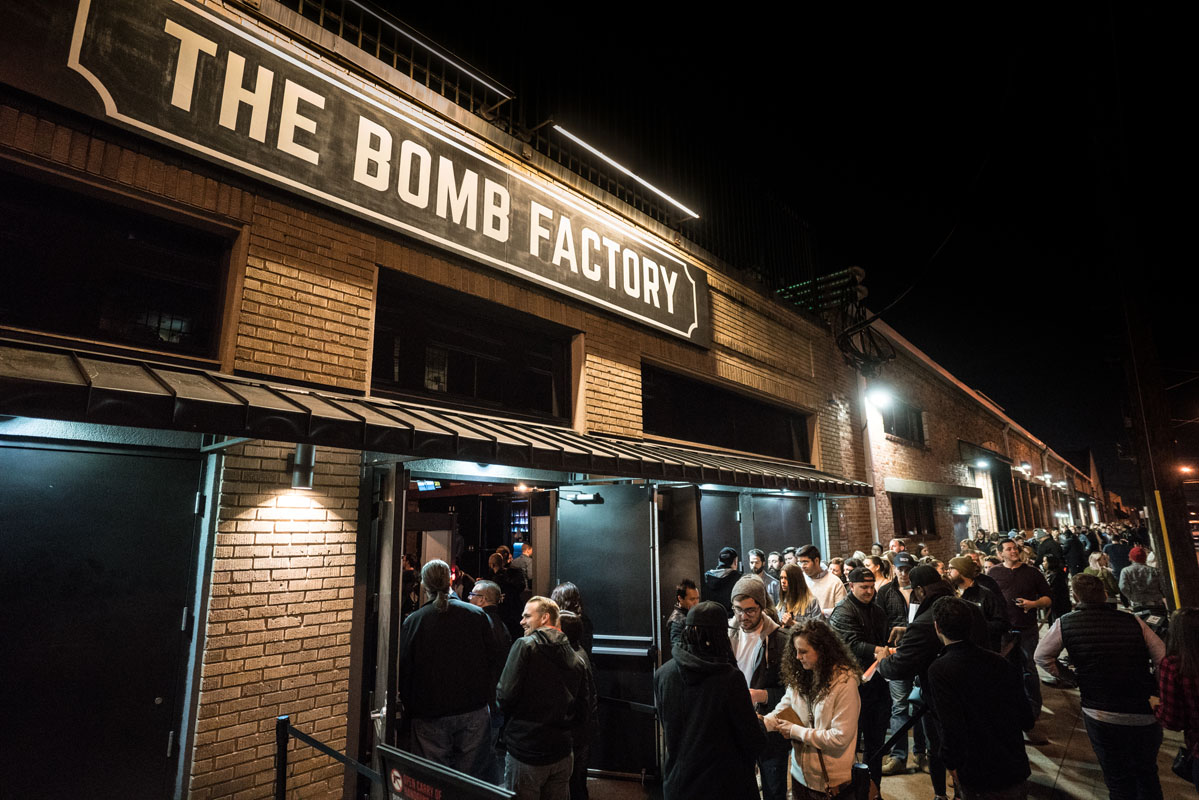 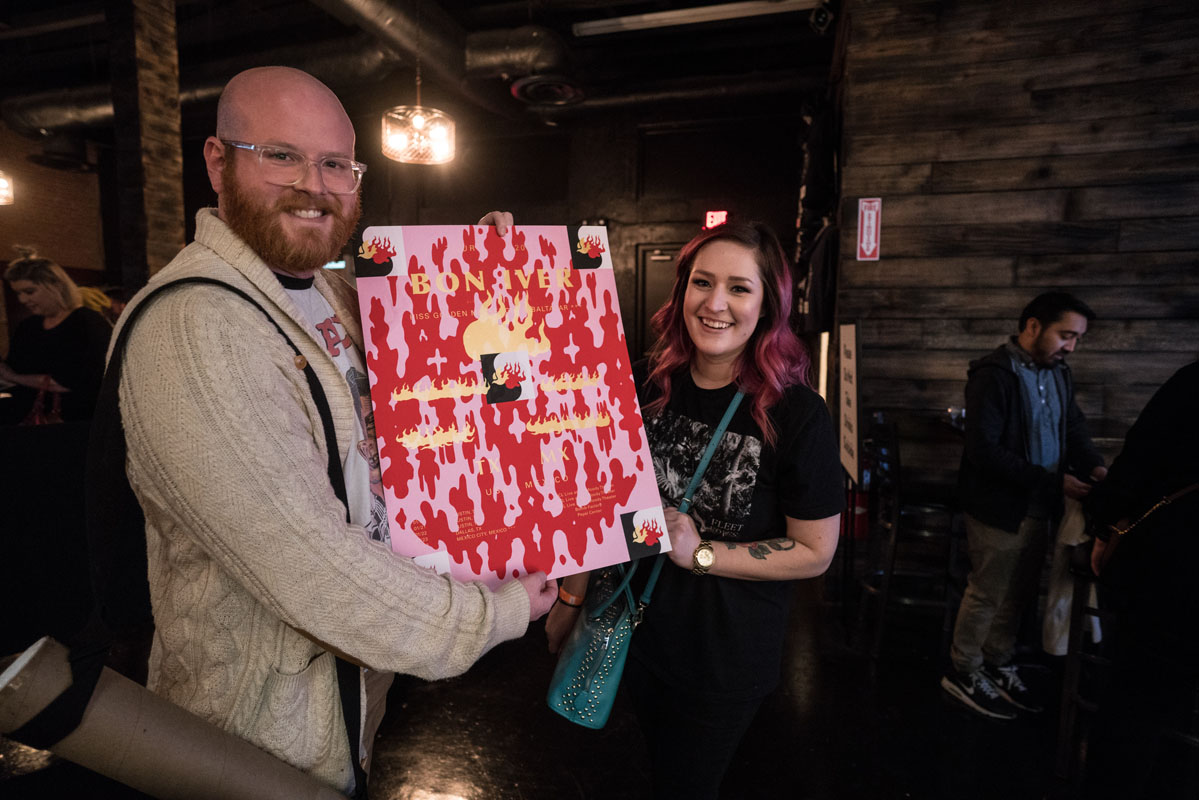 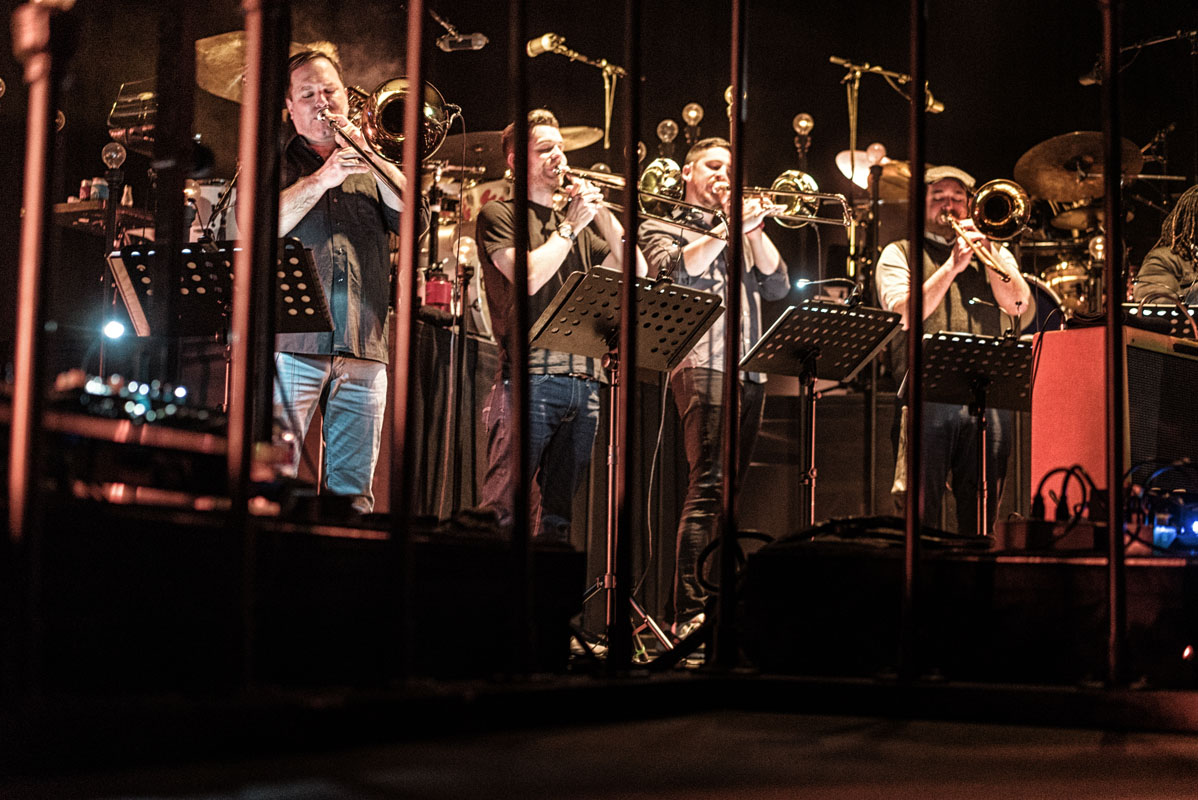 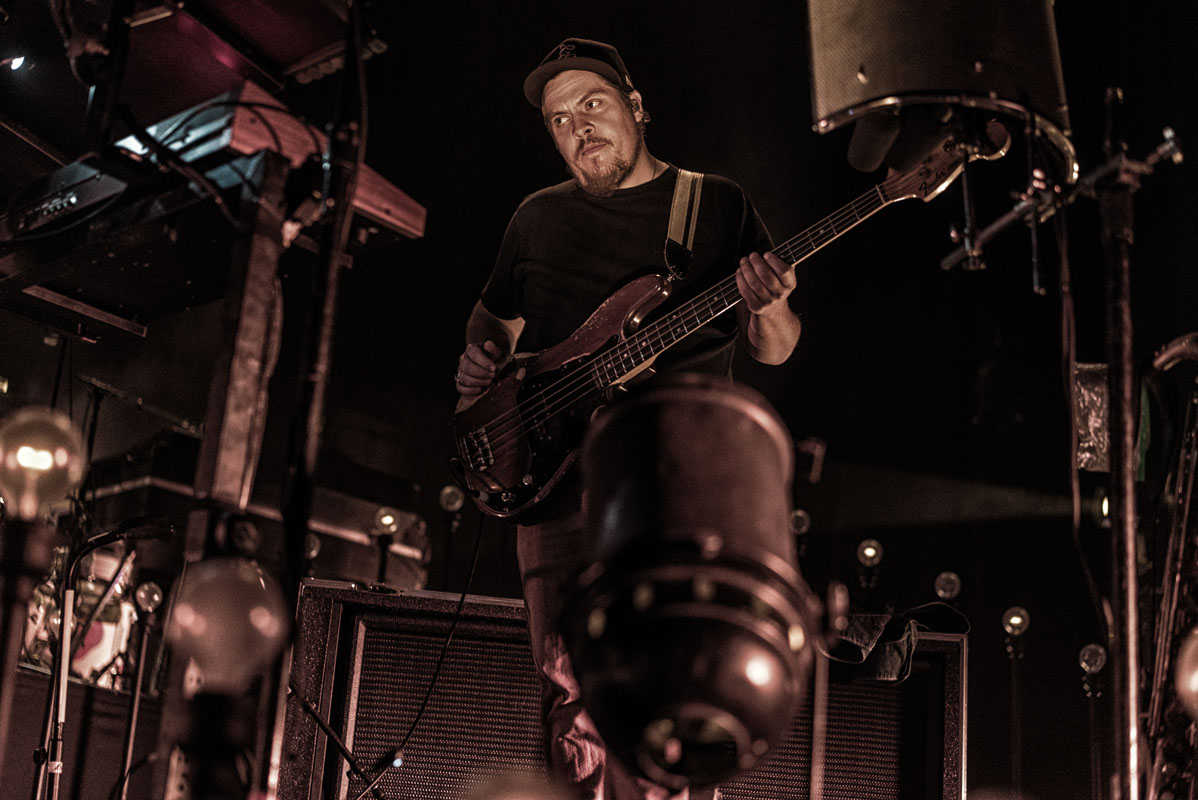 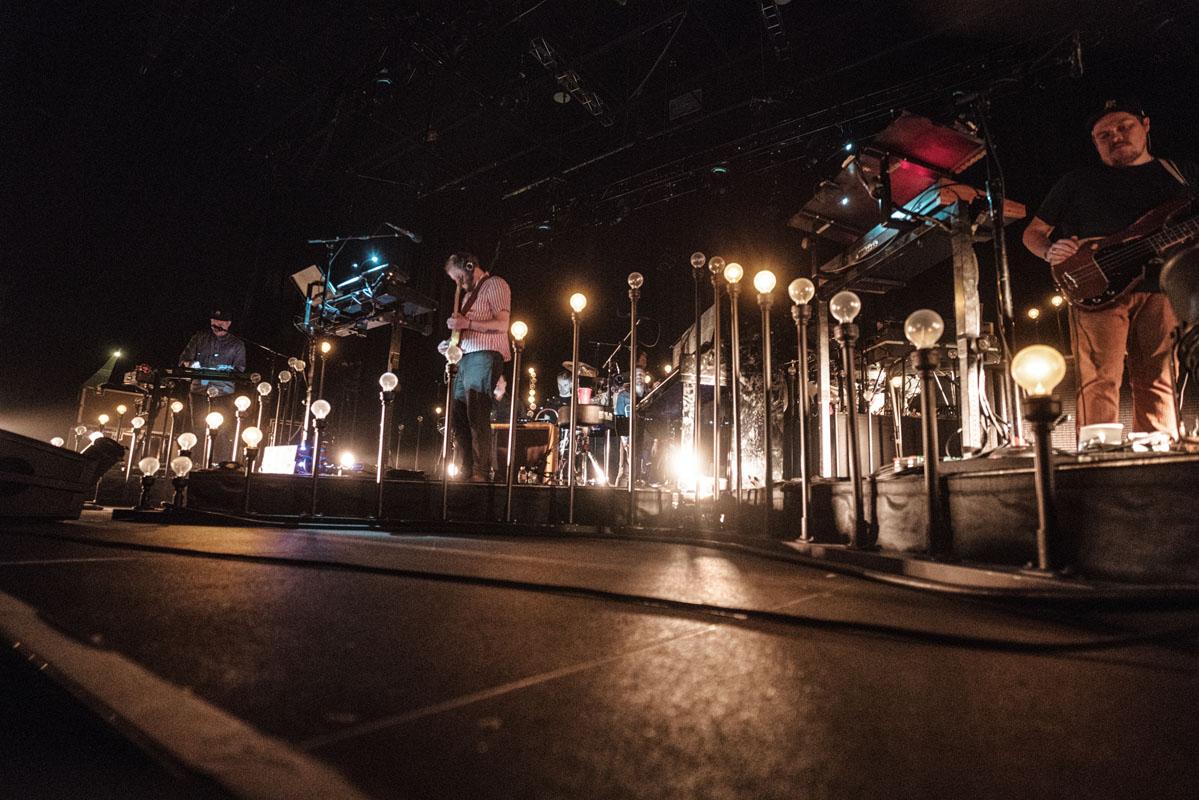 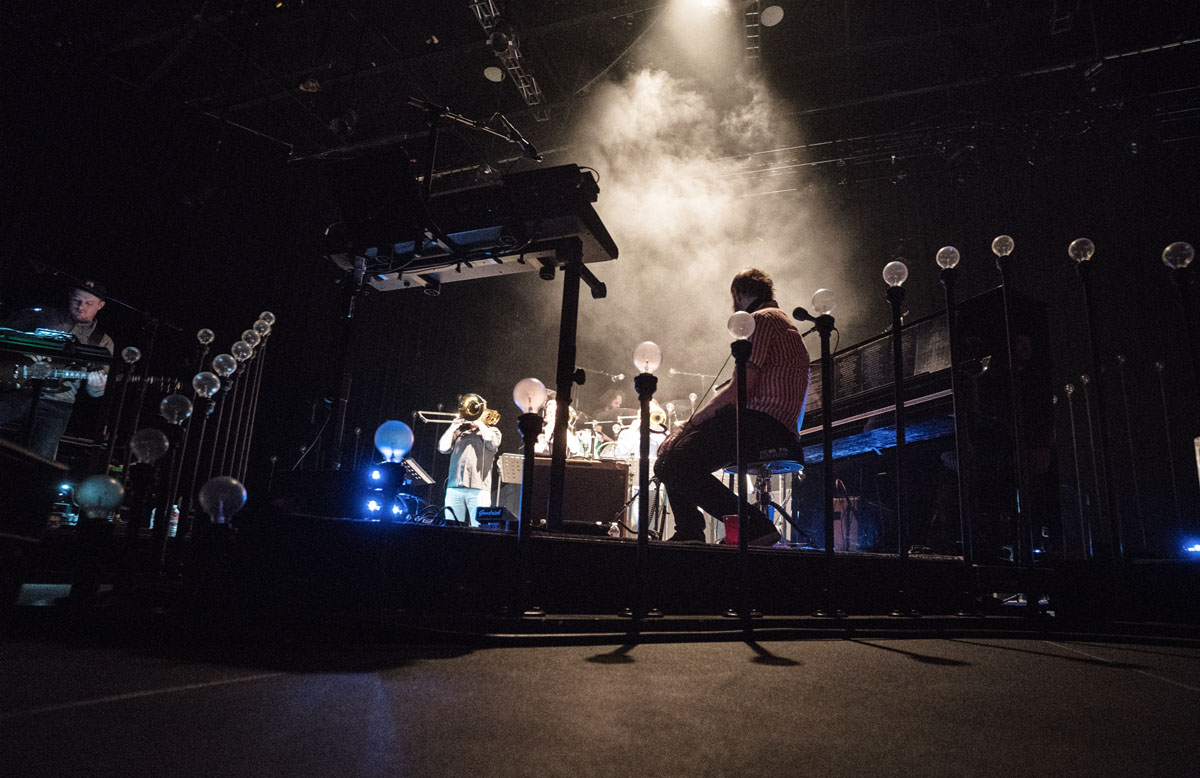 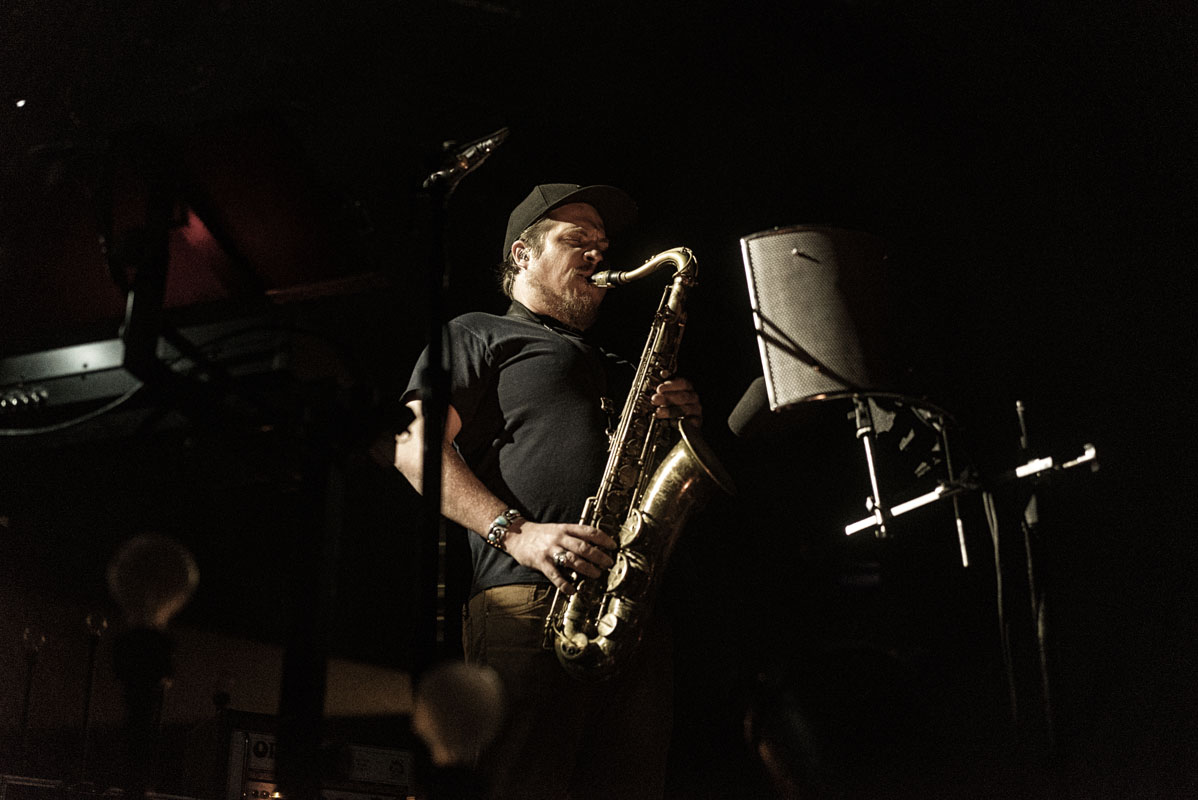 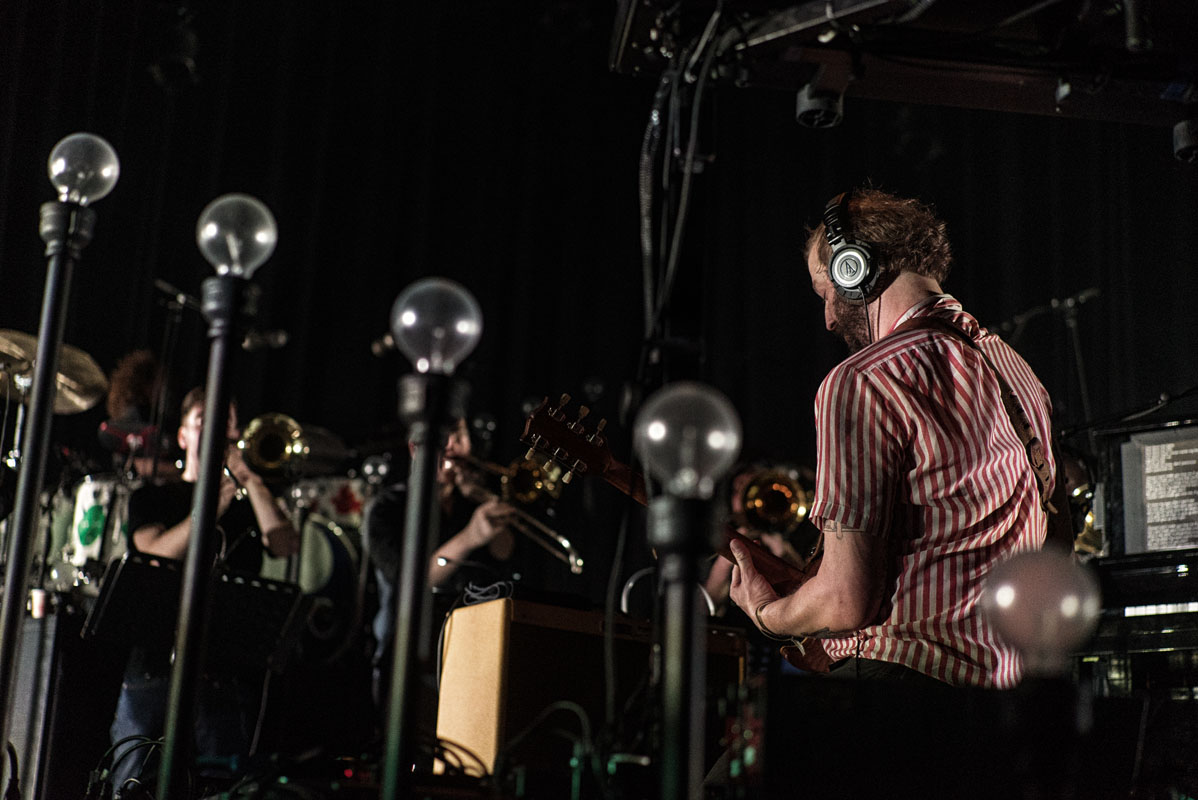 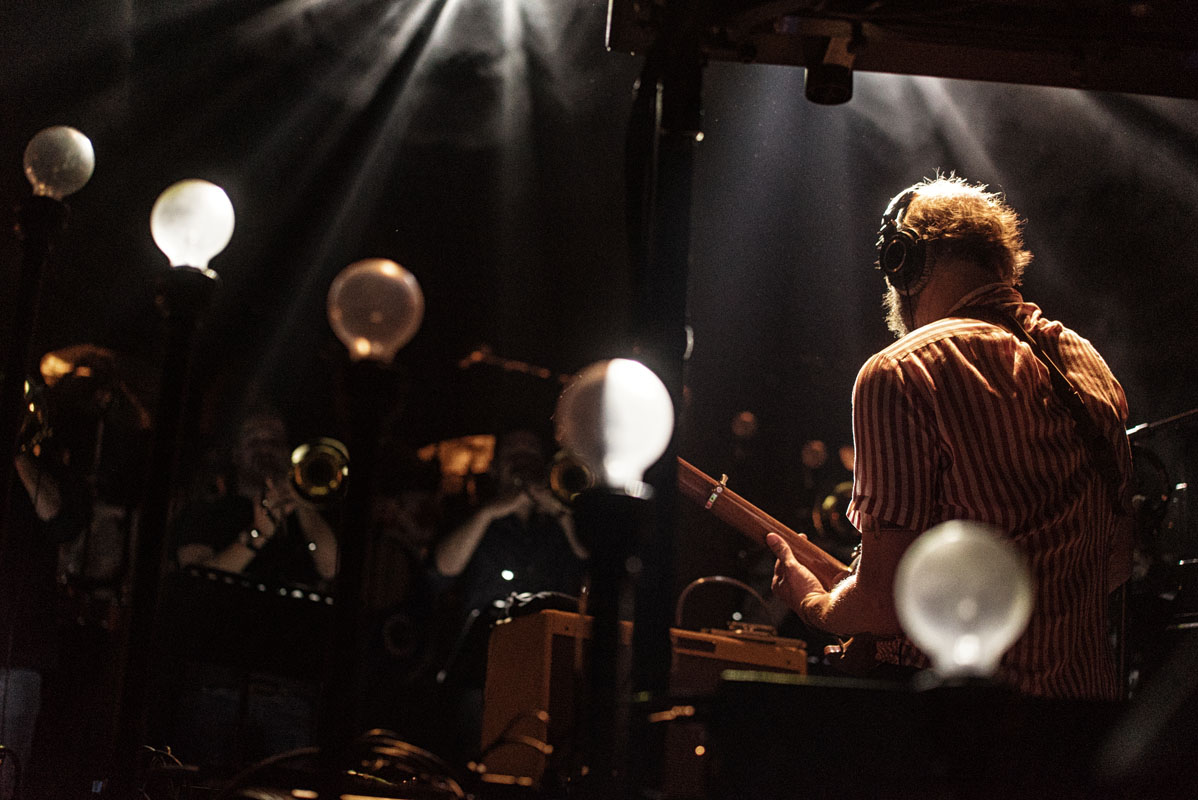 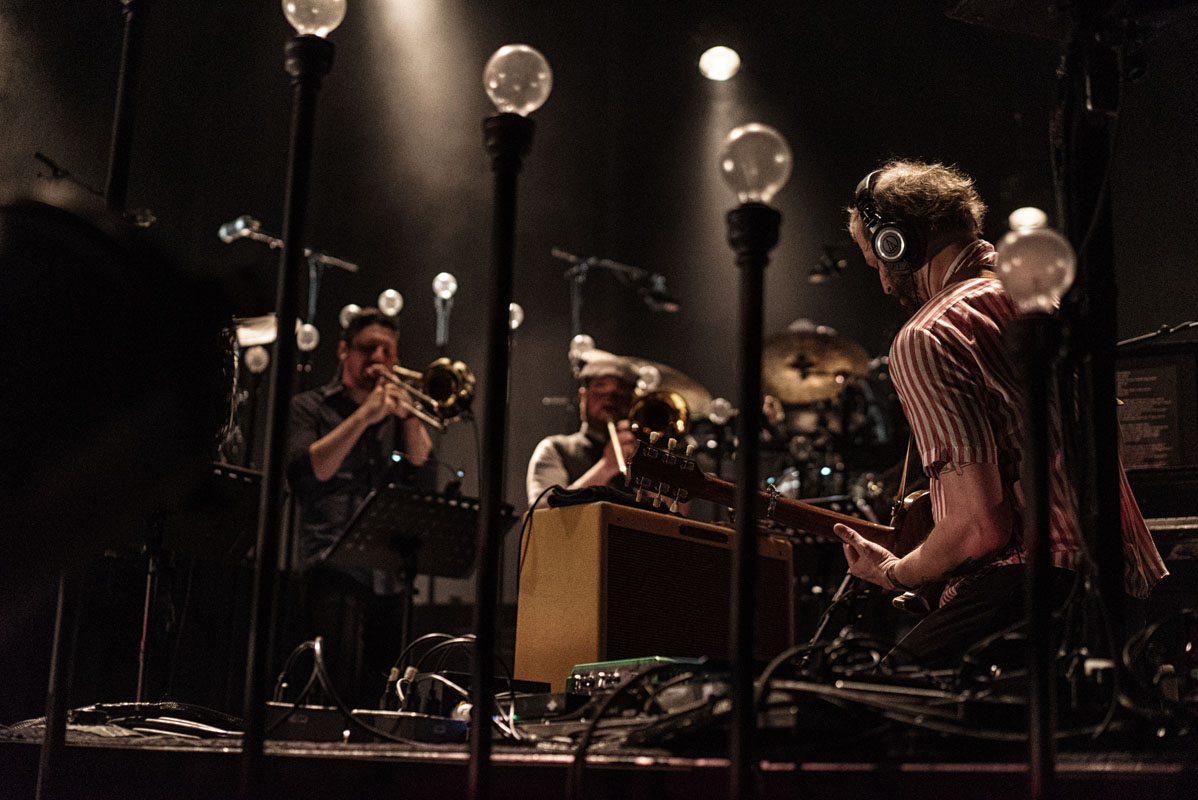 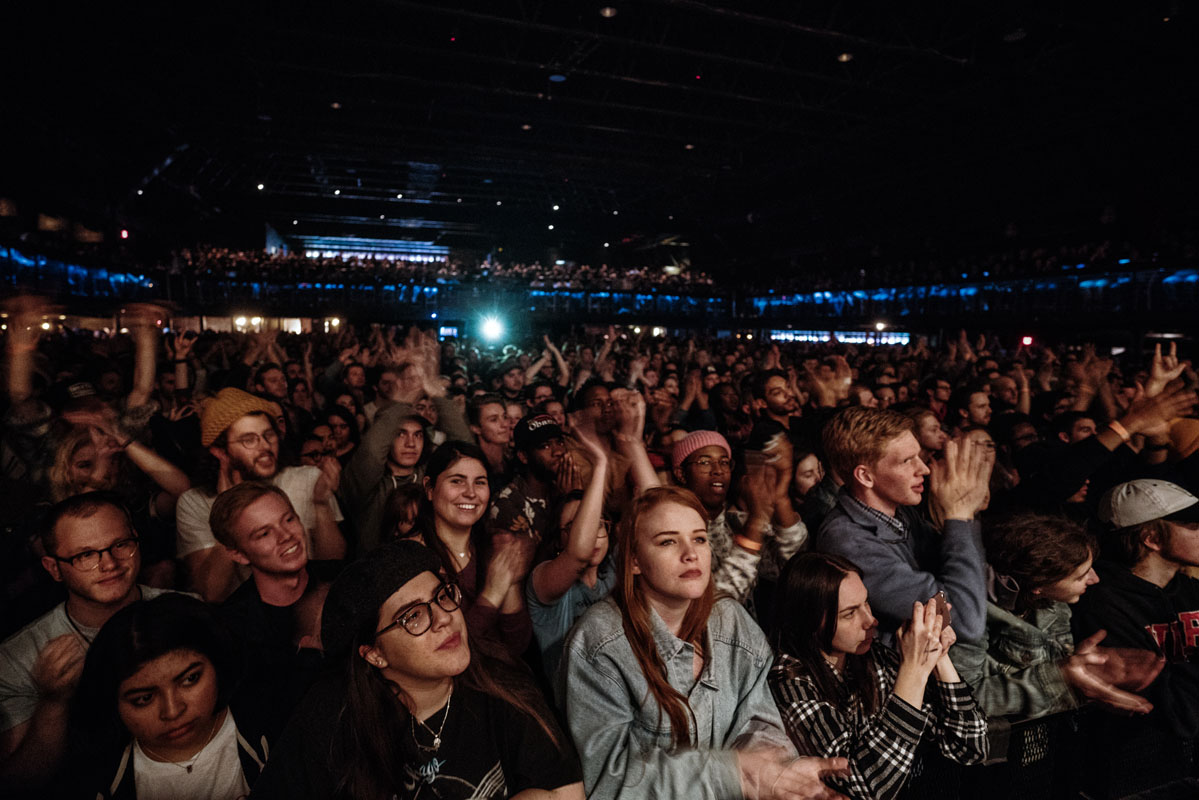 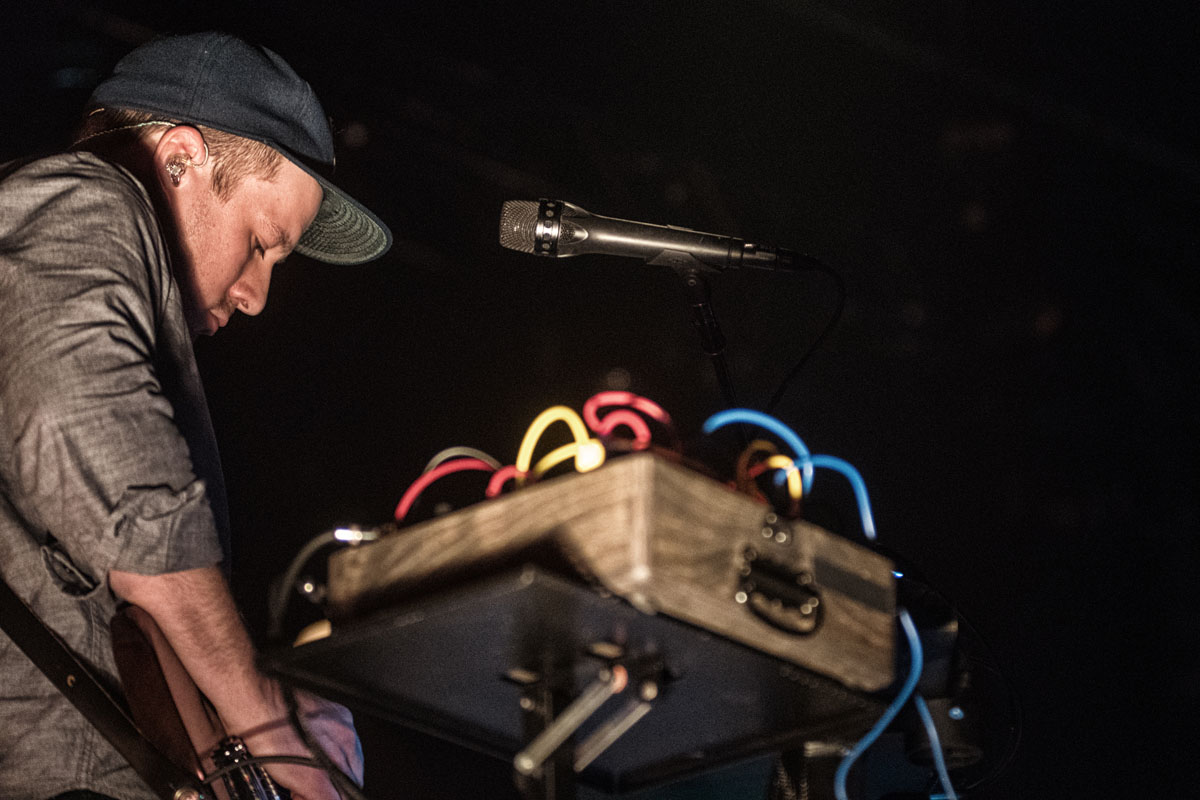 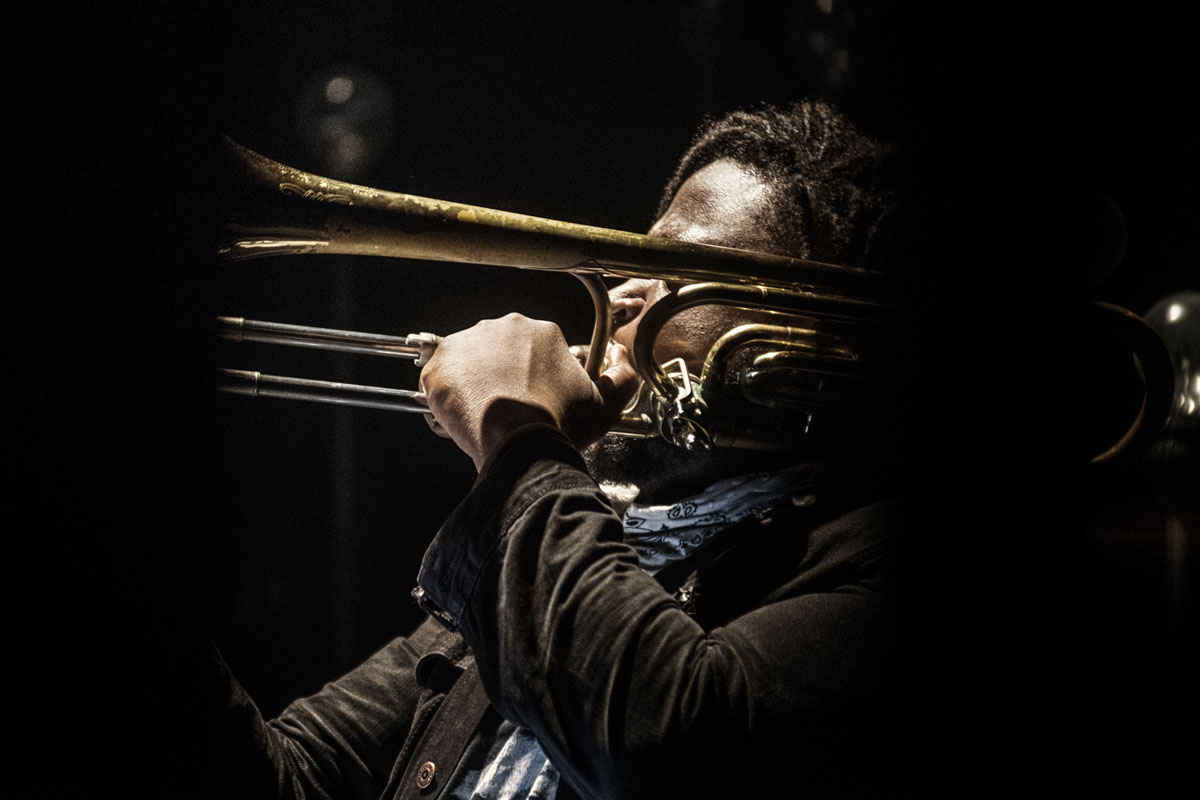 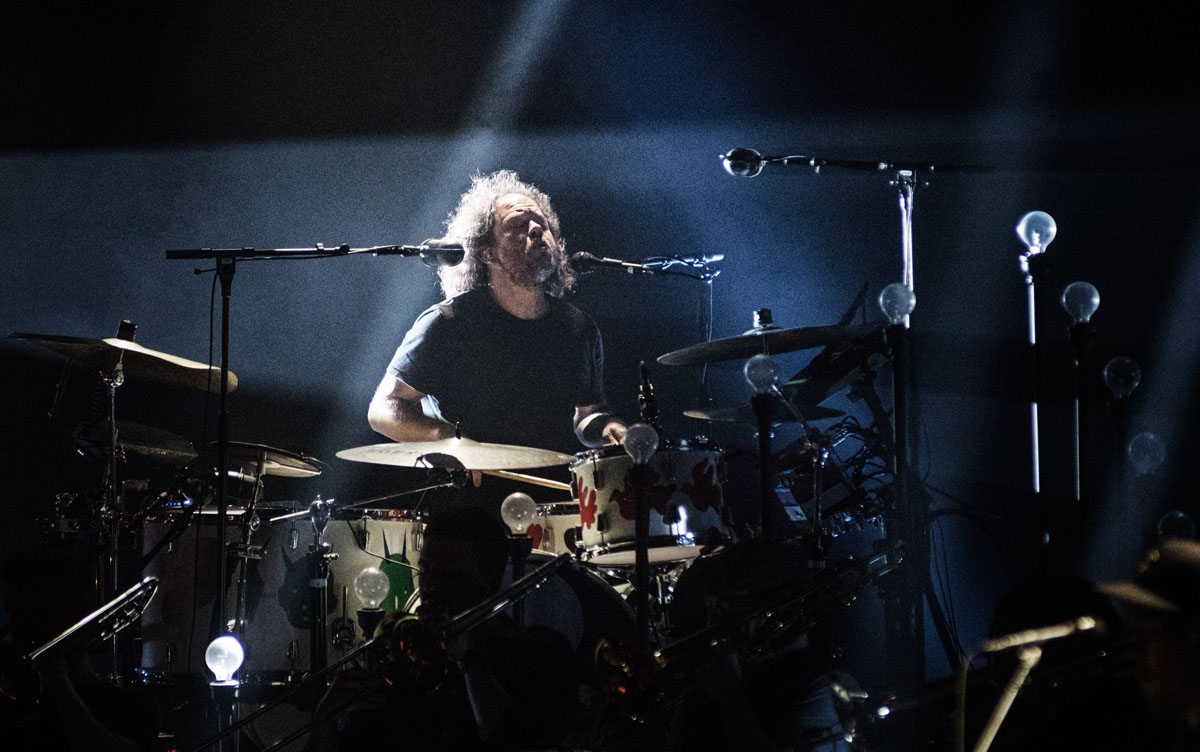 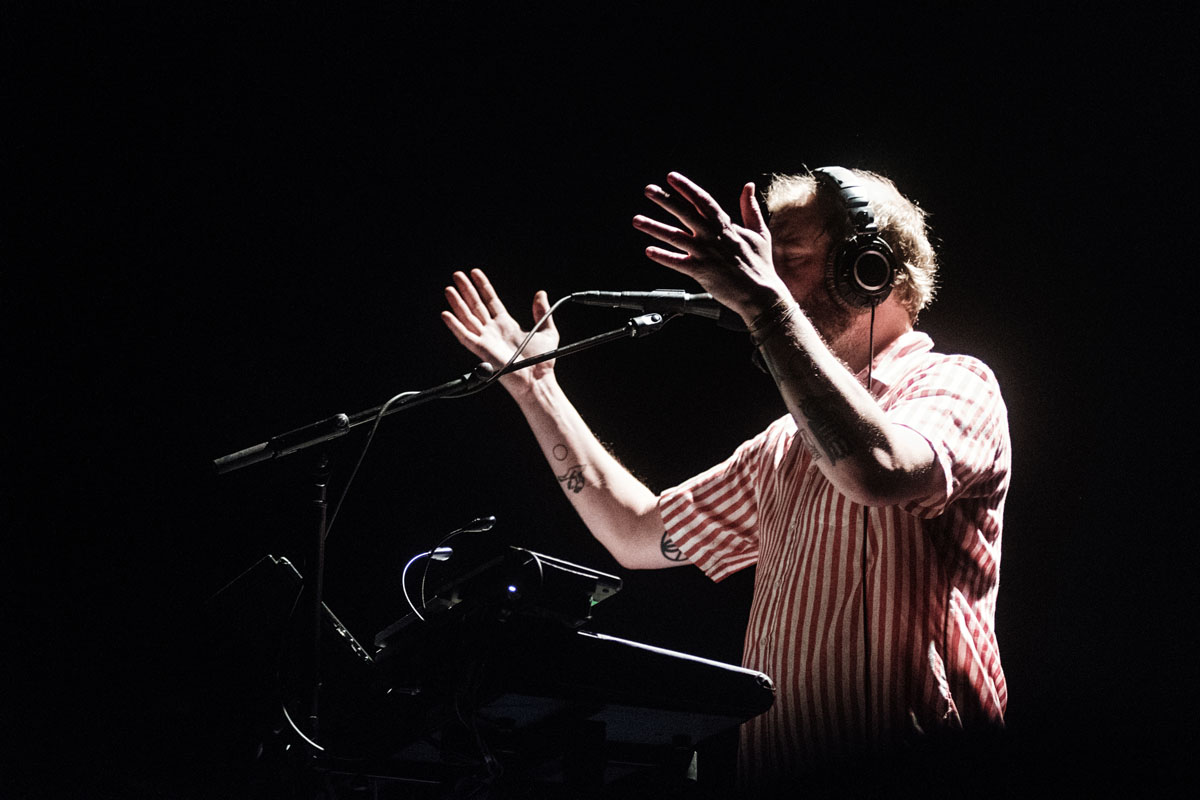 On Tuesday Night, Justin Vernon And His Band Of Merry Men Transfixed The Packed Deep Ellum Venue With A Terrific-Sounding Performance.

Justin Vernon has come a long way since his early days as a prodigious woodsman folkie.

Indeed, Bon Iver’s sound in 2018 is folk music by reputation only — a fact fully on display during Tuesday night’s sold-out show at Dallas’ The Bomb Factory, where Vernon, rocking headphones and standing before a backing band of nine, led the crowd through an 75-minute performance that was alternately intricate and sweeping, but compelling no matter what.

That much was largely due to the fact that, by any standard, the set sounded downright incredible — much credit, certainly, to Vernon, his band and their sound engineers, but also to the venue itself, which recently installed a new, upgraded sound system after moving its old one next door to Canton Hall. The set was crisp, clear and loud, but never overbearing.

The (too?) packed house sure seemed to appreciate that much. With few exceptions, this was a mostly reverential audience — one that, between songs, was almost dead silent and that, upon recognizing which new one the band was launching would roar with approval, louder almost than when those songs would end. This crowd was so well-behaved, in fact, that 45 minutes into the set, when a single fan up in the balcony near the back of the room shouted “Thank you!” to Vernon, the singer heard that gratitude clear enough to decide it merited a reply.

Such niceties were actually quite emblematic of the night’s somewhat aw-shucks innocence, actually. For one thing, this crowd genuinely seemed surprised when Vernon and his band, after leaving the stage with the house lights still down, returned for an expected encore. And, following a plea from Vernon that anyone going through a tough time just stick through the difficulties comforted by the knowledge that things will one day improve, no one batted an eyelash as Vernon quite literally screamed “Fire!” in a crowded theater during his encore’s second song, “____45_____”. Then there was the moment when Vernon cracked a joke about getting drunk on a beach, only to quickly take it back lest anyone in the room worry that he was passive aggressively implying that he’d imbibed too much on this night.

It was all very… well, nice, really.

To be sure, if Vernon was guilty of anything on this night, it was of cementing his reputation as a performer worth seeing — but, more importantly, hearing.