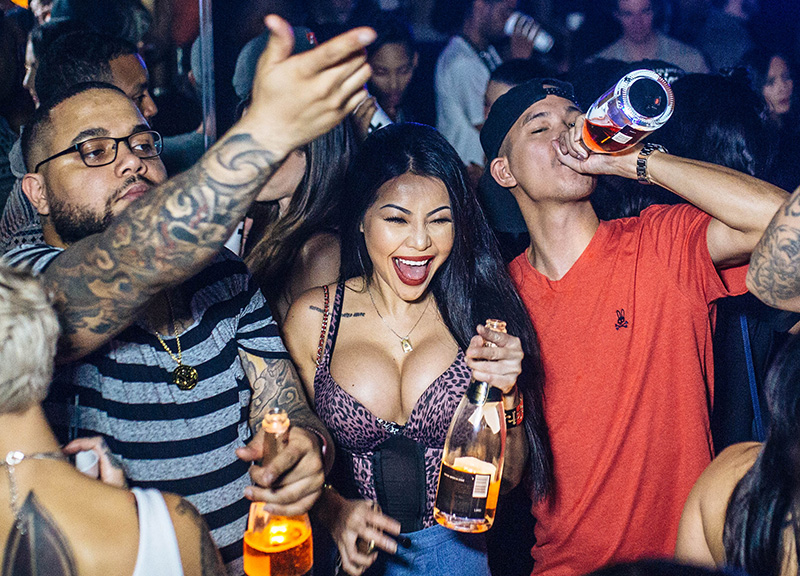 A Look At How Much The Top Bars In Dallas Earned In September.

Texans like to spend copious amounts of their income participating in the Great American Pastime. We know this, because as Reddit user BadLemur once pointed out, the Texas Comptroller keeps tabs on that sort of thing and makes all that info public record. Any establishment in the state that holds a Mixed Beverage license must report all sales revenue generated from the sale of liquor, beer and wine at their establishments on a monthly basis. The comptroller, in turn, puts all that info into a conveniently downloadable spreadsheet each month. As of September, there were 1128 establishments in Dallas proper that held such a license. Below we've gone ahead and done you the solid of listing out the top 20 Dallas establishments in terms of alcohol sales for the month of September, 2015.

What an interesting month for booze consumption in Dallas September was!

While hotels always do well in terms of dollars earned from alcohol sales in any given month — especially when playing host to various conventions — September saw three such establishments cracking the top 10, including the Hilton Anatole, which takes the top spot on the list.

Thing is, even though the Anatole's sales doubled from the previous month, we're not exactly sure why that happened. Turns out, neither is the hotel. When we called to ask to what they attributed to, they were pretty much just as puzzled. Maybe it was the Five Star Conference that brought top real estate folks under one roof to talk shop and enjoy a performance from Wynonna Judd and a speech from Tony Romo? I guess them real estate types can really hold their liquor.

Or maybe it's just part of a larger trend: According to Smith Travel Research, nationwide luxury hotel occupancy rates are at an all-time high.

That could partly be what the $500-per-night Ritz-Carlton owes its No. 6 ranking to. And here's the thing: Things only look to climb from there. The hotel completed a $9 million renovation at the end of September. With that, the Ritz is also adding a seven-foot-tall tequila armoire to its lobby, which will be stocked with at least 70 varieties of tequila.

Much easier to explain is the American Airlines Center's jump all the way to No. 3 in September. We can only imagine how many longneck bottles were sold at those seven sold-out Garth Brooks shows. Or how many people ordered not one, but two pina coladas at a time from the joint's concession stand — y'know, one for each hand. Also not to be forgotten: They were also slinging booze that night when Donald Trump sold-out the lower bowl. (Consider that further proof that Trump's constituents are always DTF.

Anyway, September was definitely a drunken month here in Dallas. In total, more than $60 million was spent on booze across town over that month.

Here are the top earners.