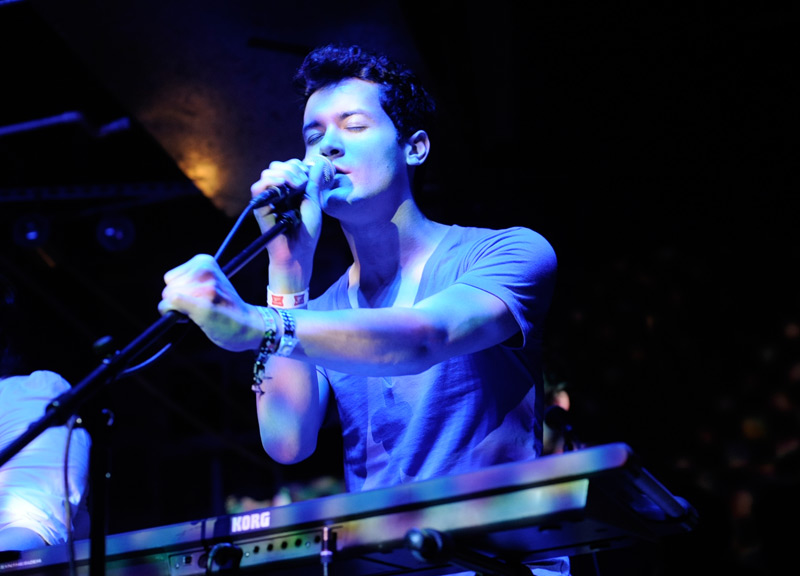 The Crowd Went Wild at Andy's on Friday.

There was a really awesome show on Friday night. You might have missed it waiting in a line at Hailey's or Dan's, though. Peopleodian, Museum Creatures and Sleep Over were fantastic. It was a great under-the-radar electronic showcase.

Peopleodian followed with a pretty interesting set featuring some technical difficulties. The highlight was lead singer Ally Hoffman abandoning her mic after it cut out, and simply screaming the rest of the song.

High Places' headlining set, though, was when things really got crazy.

The place was at capacity and the audience all packed in to get as close as possible to the stage.

And once the band got started, so did the making out.

There was a lot of it. The band even encouraged it during a song. Then a couple basically started daggering each other on the dance floor. This then led to a near fight between two girls.

Basically, it was totally nuts.

High Places were great and even came back out for an encore. It's too bad they weren't able to carry more music with them on their memory cards, as they offered as an excuse for their set's end. Then it might have been treated an even more wild night. 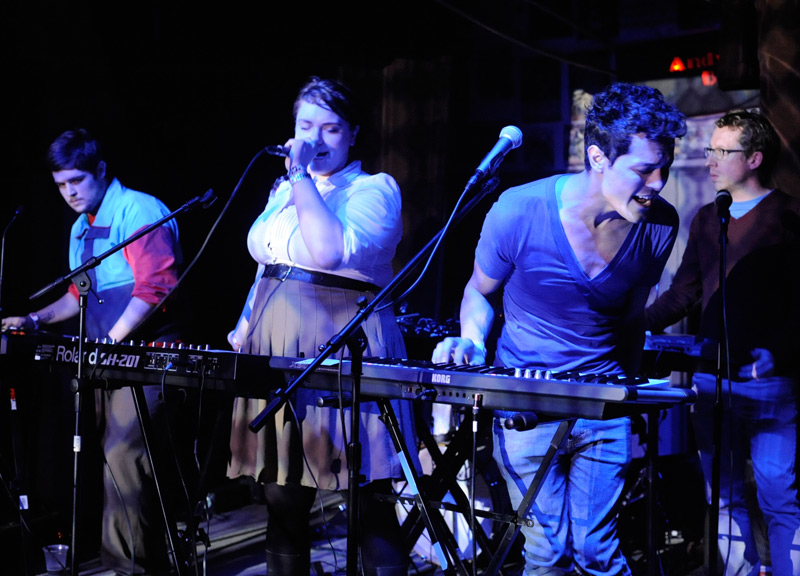 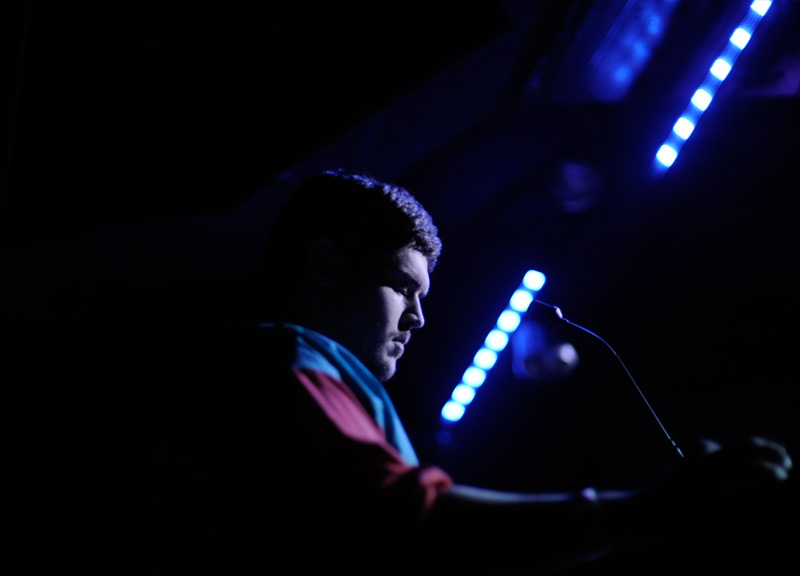 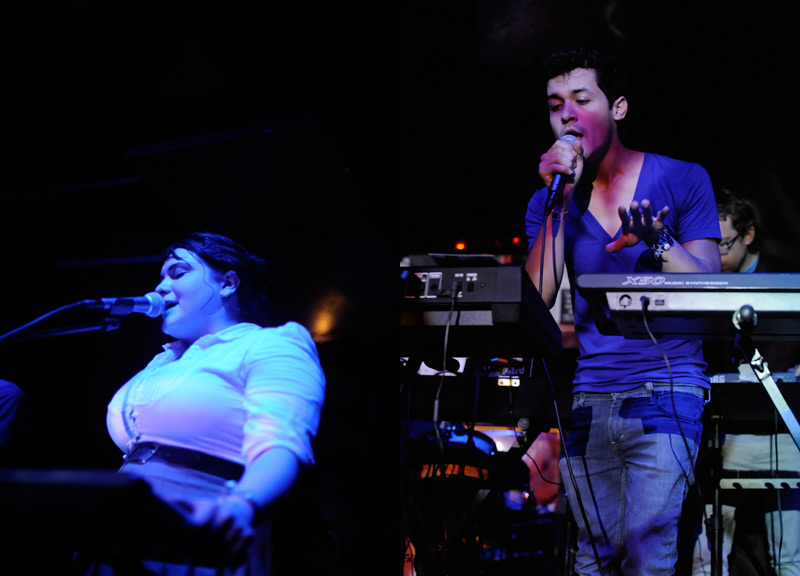 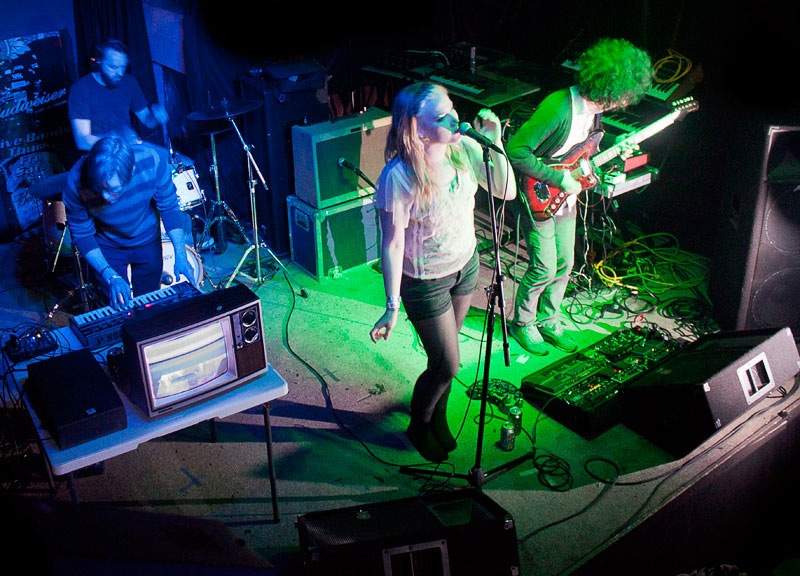 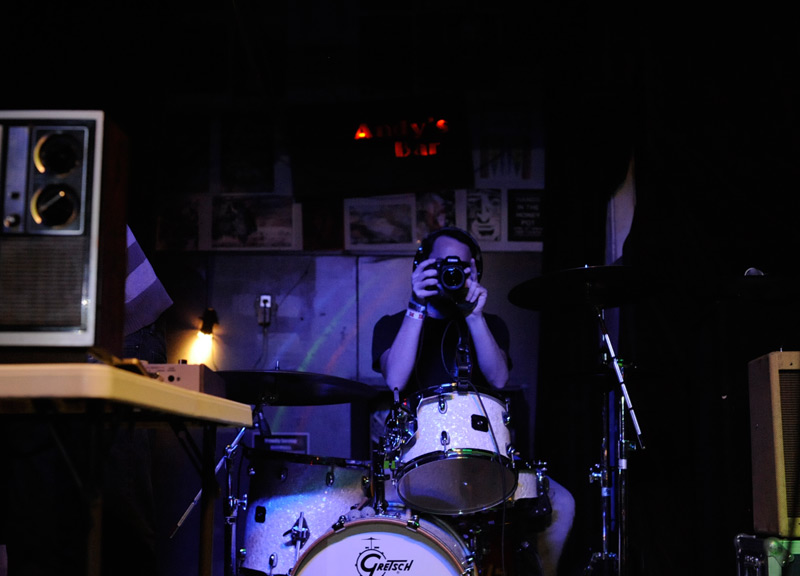 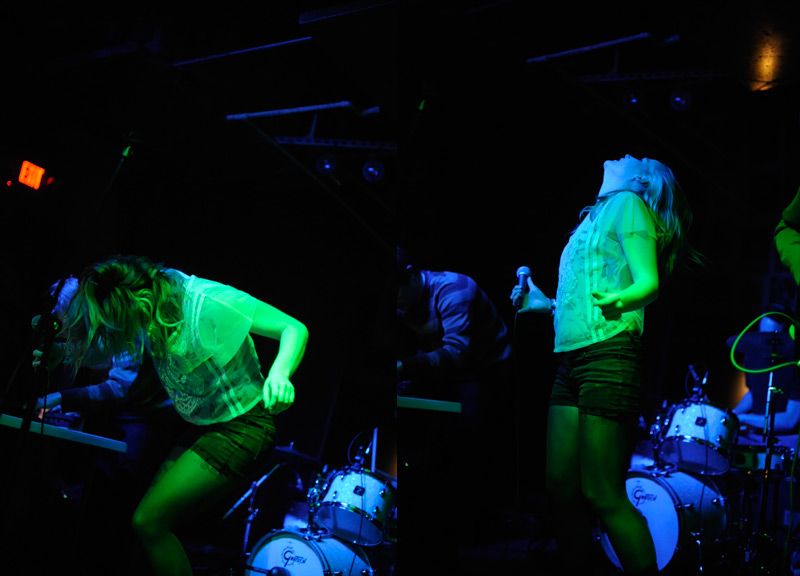 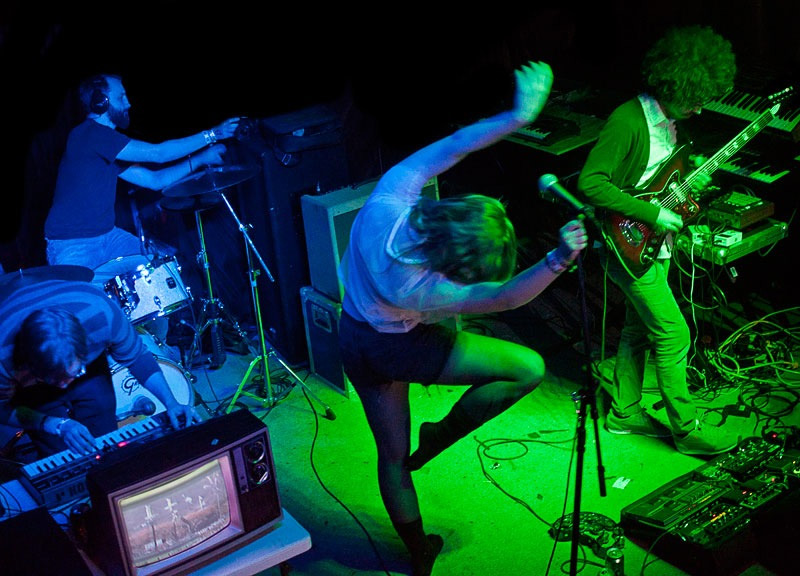 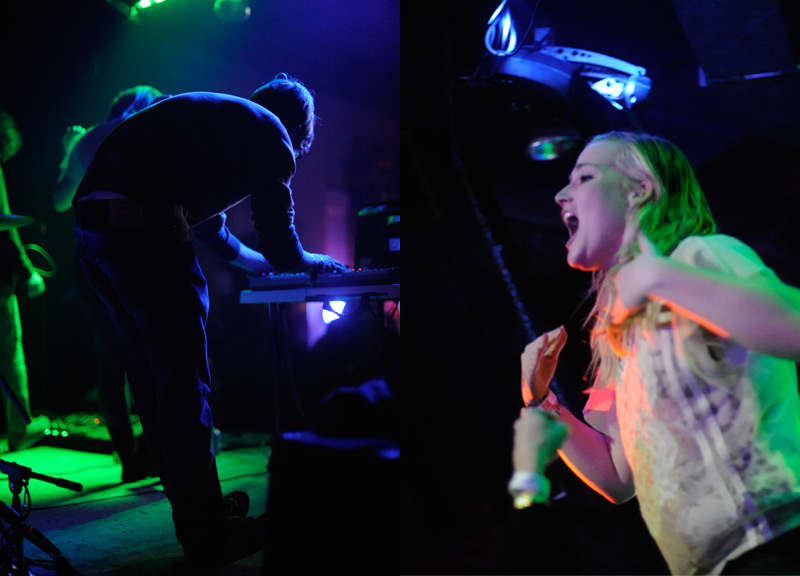 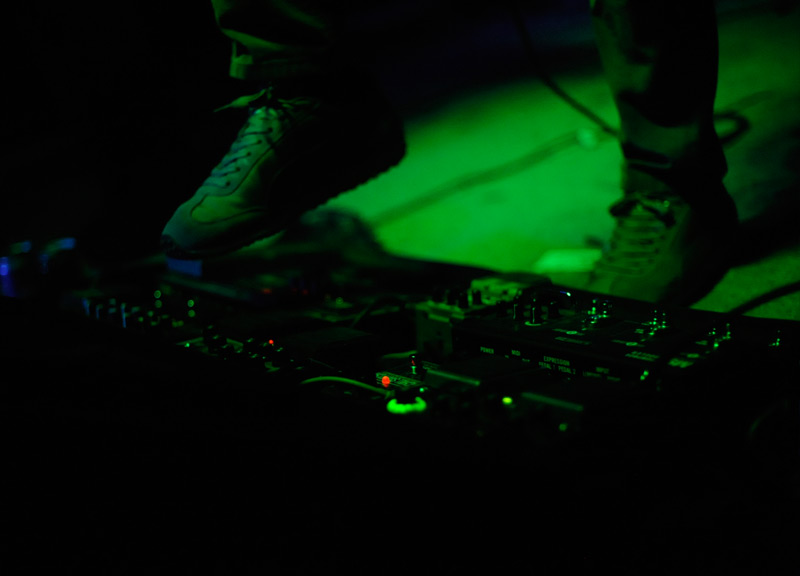 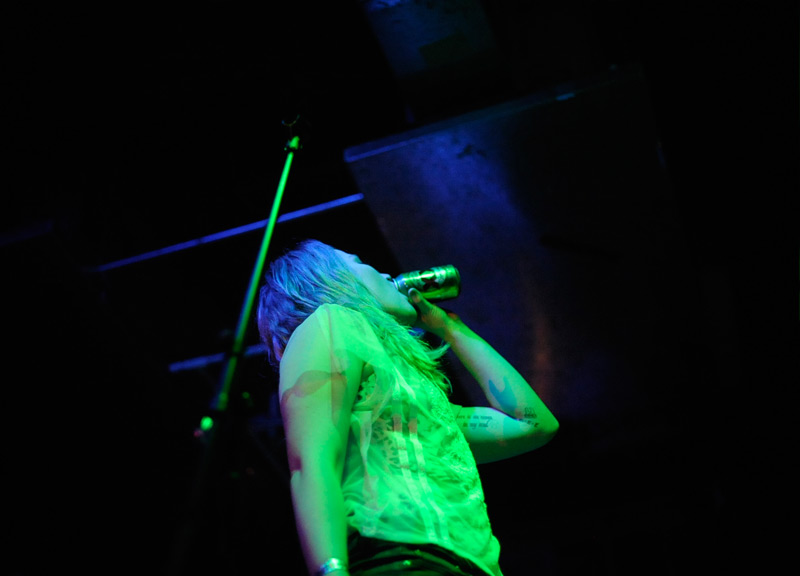 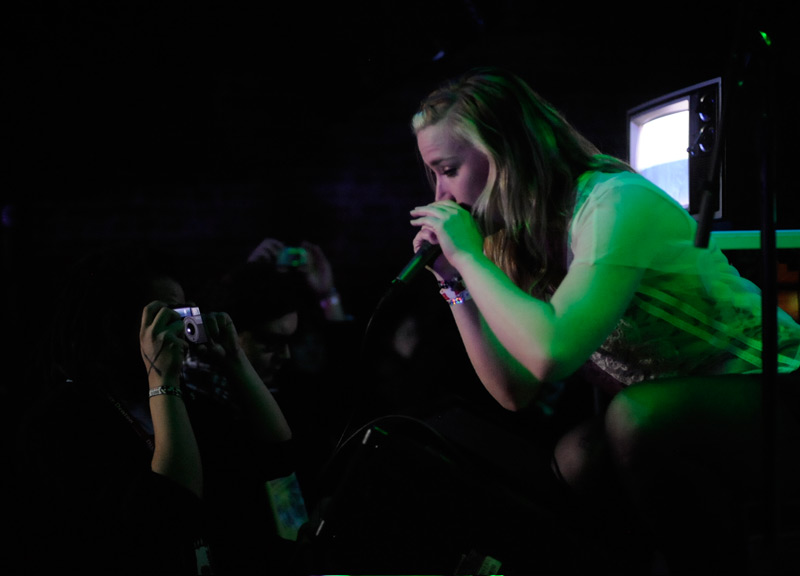 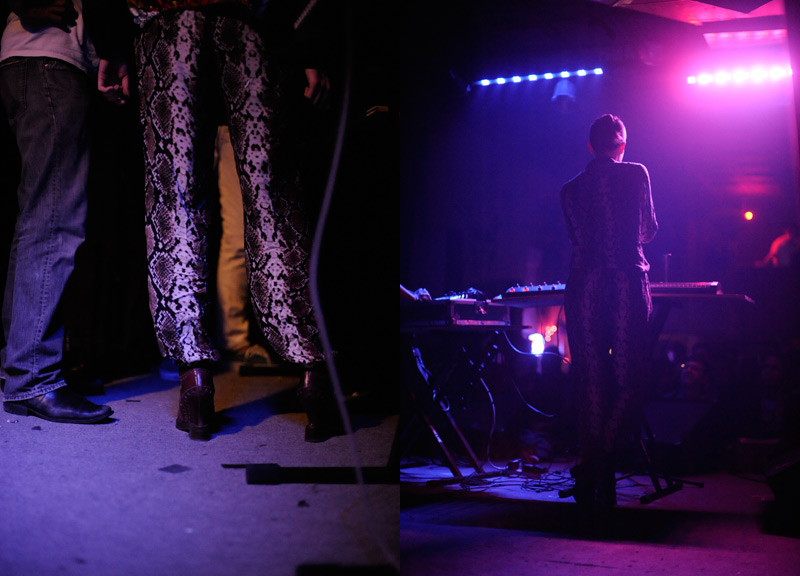 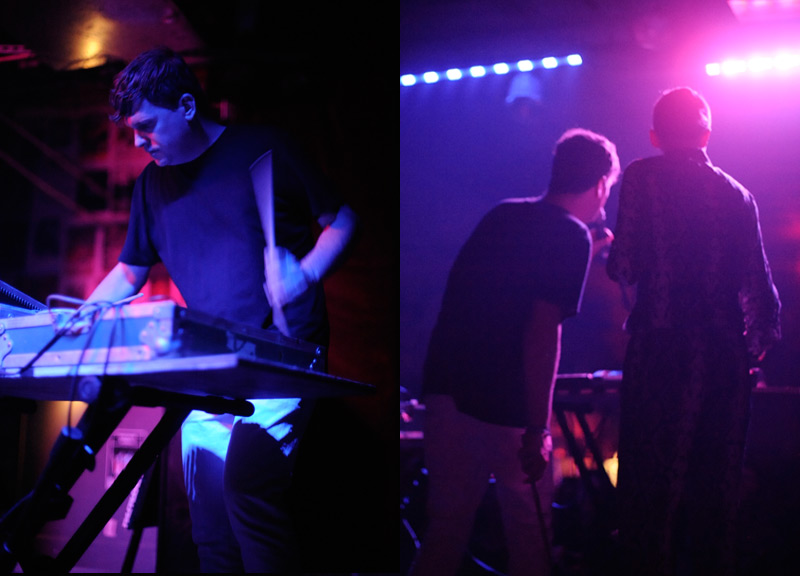 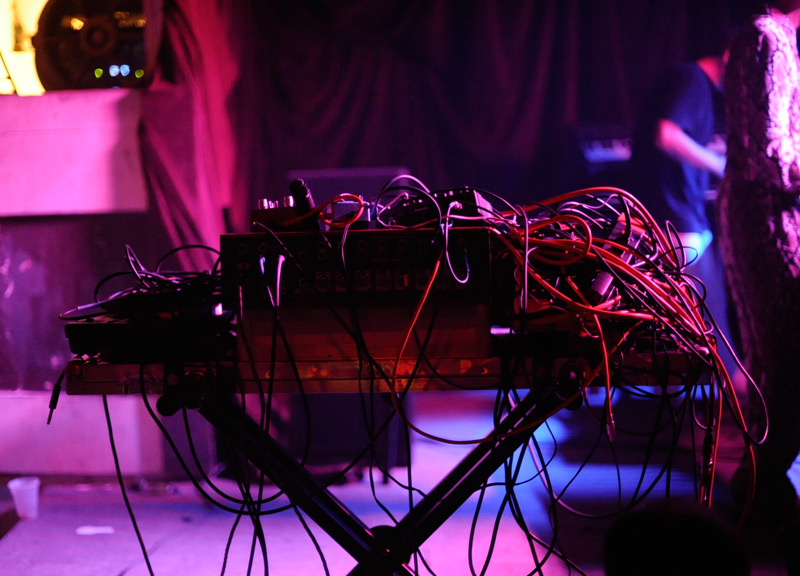 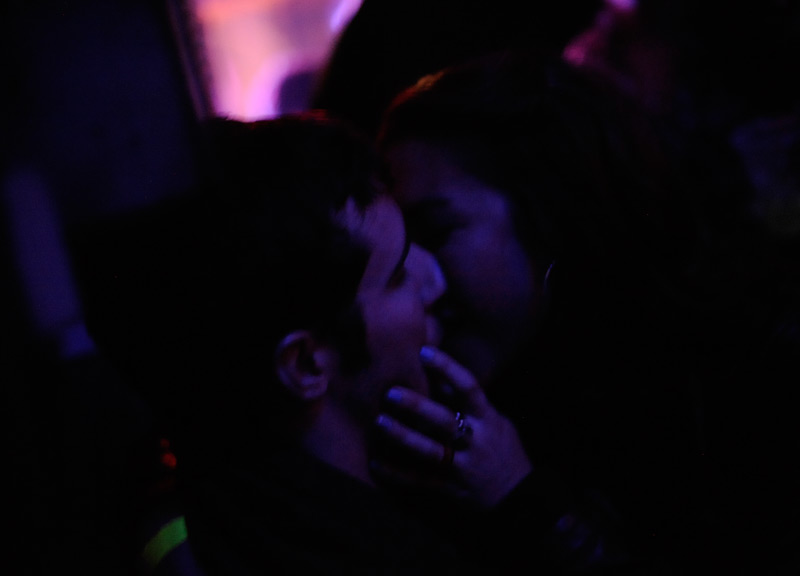 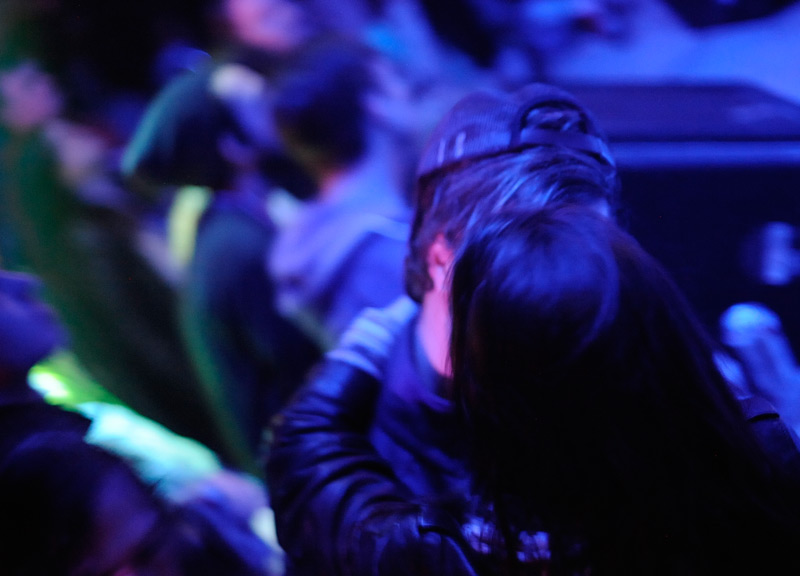 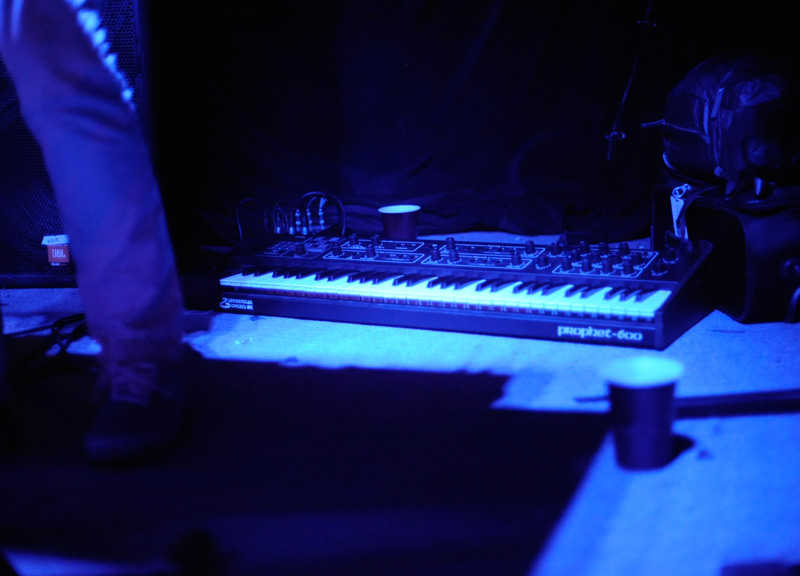