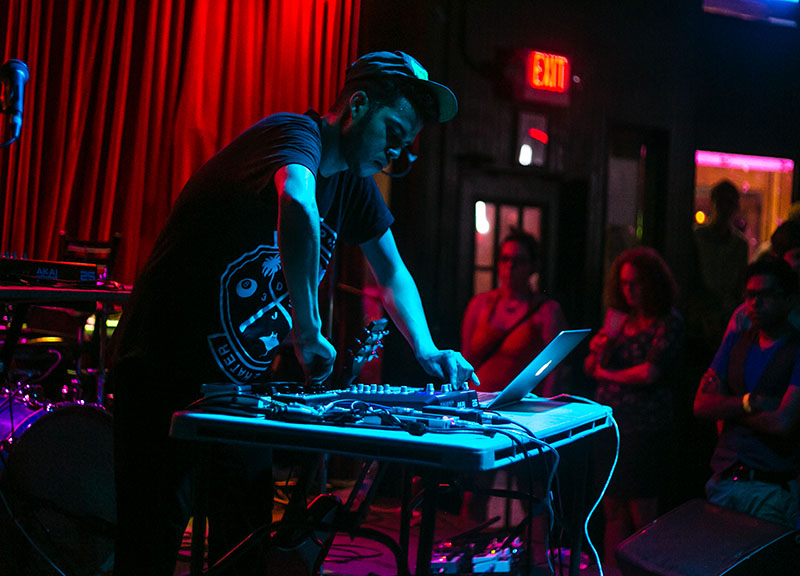 In live settings, Will Wiesenfeld, the 24-year-old electronic artist better known as Baths, comes across as quite the perfectionist.

First, while setting up his stage, he's meticulous about clearing away any debris left behind by the previous bands sharing his bill. Then he carefully sets his keyboard stand into place and sits down behind it — only to adjust his keyboard again minutes later, this time to align it with his Macbook and his additional equipment, all of which sits nearby, atop an adjacent table. Next, he arranges a pile of hand towels just so along his microphone stand, poking at them until they're neatly in place.

Turns out those hand towels would prove a necessity: It was hot at Club Dada on Saturday night, even with the venue's two front doors and its garage door to the back patio open in hopes of creating a draft. Summer is officially here, folks, and it's already wreaking havoc on small venues trying to save a buck.

But it's time to crank up the A/C, Dada. Seriously.

The bands couldn't help but comment on the situation. Houses, the second act of the night following D33J, regularly made note of the rather unpleasant setting.

“If we were playing rock 'n' roll, I'd take my fucking shirt off right now,” singer Dexter Tortoriello said as he kept his shirt on. Still, despite the heat, the band continued on with their celestial, if not a bit melancholic, sound, which peaked with a performance of “Soak It Up.”

Later, after getting his towels in order, Wiesenfeld and his touring partner Morgan Greenwood of Azeda Booth (a band Wiesenefeld drew a lot of influence from on his new, May-released Obsidian) would finally begin their set.

Several times throughout the performance, though, Baths would run into technical issues. In all honesty, the sold-out crowd might not have otherwise noticed these errors, which seemed minor at best. But, perfectionist that he is, Wiesenfeld made sure to note what should've have happened during each of these technical hiccups. In an odd way, though, these hiccups were reassuring. It's nice to see an act like Baths, which could easily set up a laptop with tracks ready to go, expand their show and actually perform for their audience.

Working through a set mostly featuring tracks from Baths' latest release — a much darker album when compared to 2010's Cerulean — the band kept its audience enthralled with tracks such as “Worsening,” “Miasma Sky” and “Incompatible,” as well as “Plea” and other cuts from Cerulean. A real treat in the set, though, came with the performance of “Ocean Death,” an unreleased track, which, even when compared to the rest of Obsidian, comes across as especially dark given its repeated “bury your body in my, bury your body in my graveyard” lyric.

Really, that line could've worked in reference to the room's sweltering temperatures, even if that wasn't the intent. Eventually, with the heat taking its toll on him — and after asking the crowd how they even manage in these temperatures — Wiesenfeld stripped off his shirt in the middle of one song before continuing on.

The heat would pay off for the crowd in one capacity, though. Instead of laboring through the pre-encore charades, Baths found it more appropriate to just wait 14 seconds on stage before performing their encore. Yet, even then, the perfectionist in Wiesenfeld rang out: Unsatisfied with the conclusion of the final song of the night, Baths brought that supposedly final song back around for a second time so they could finish the night properly.

Hey, look at it this way: Double encore! 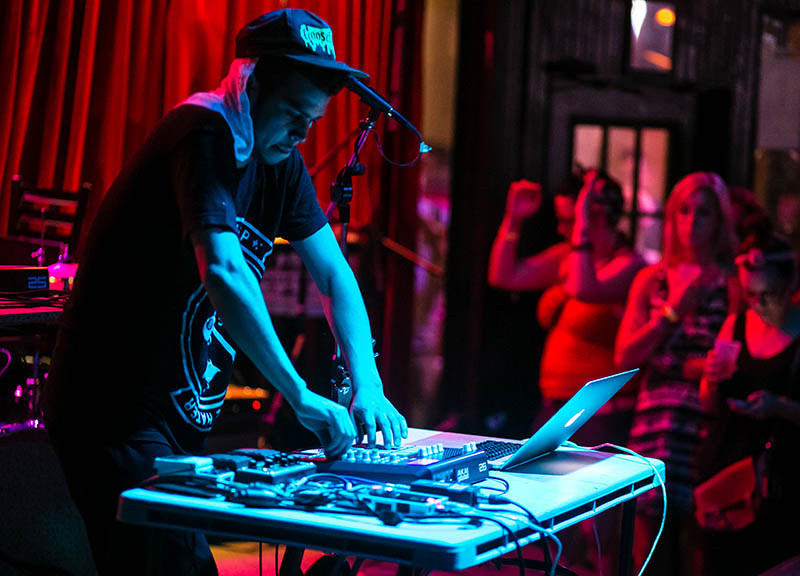 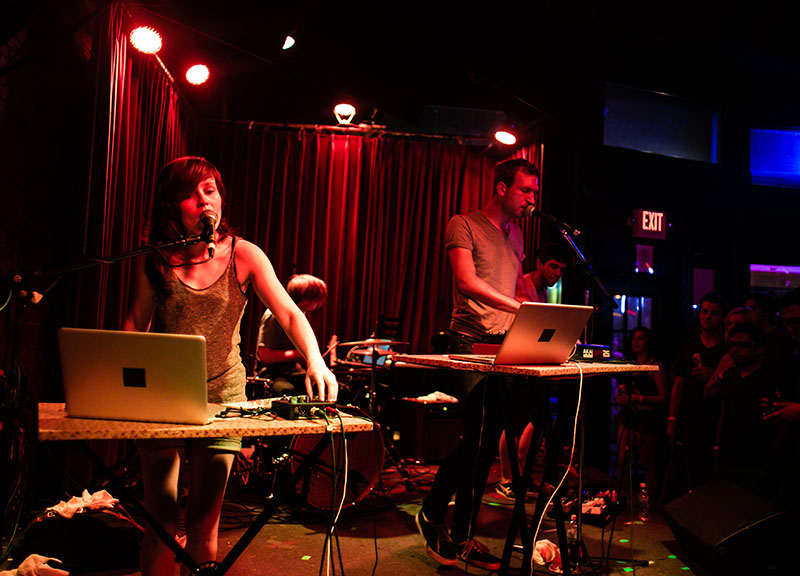 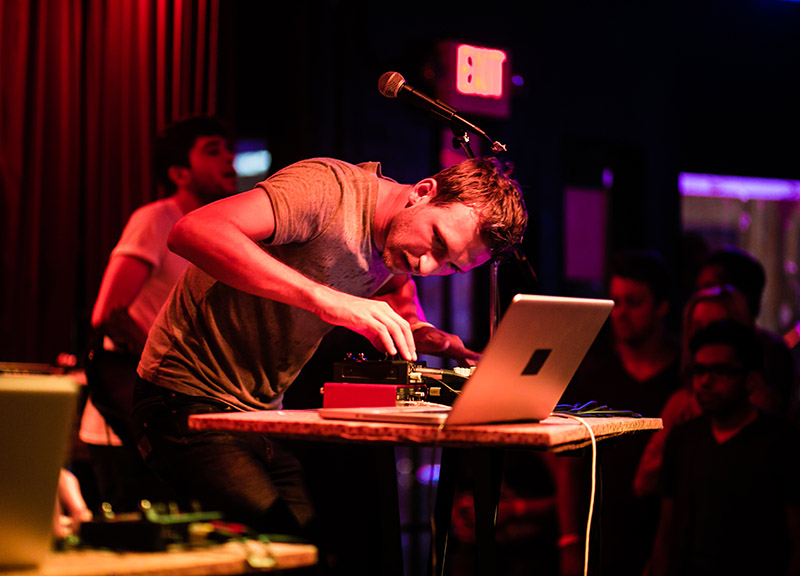 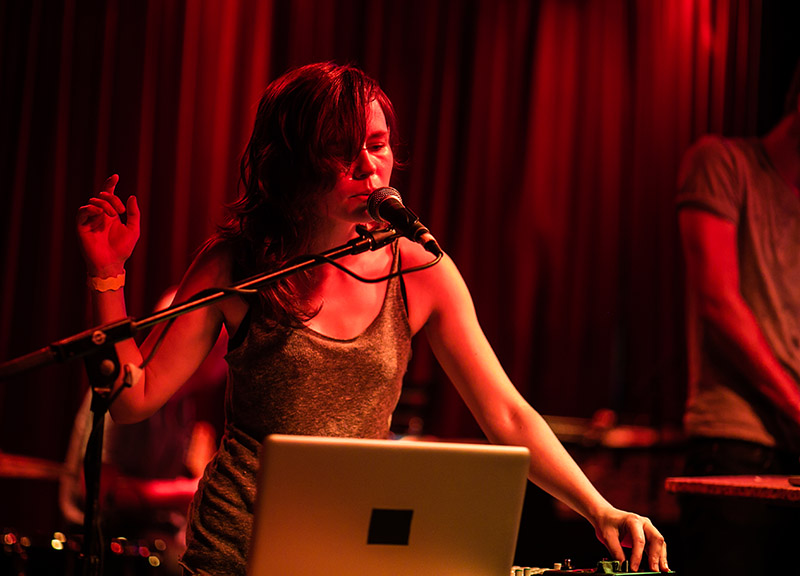 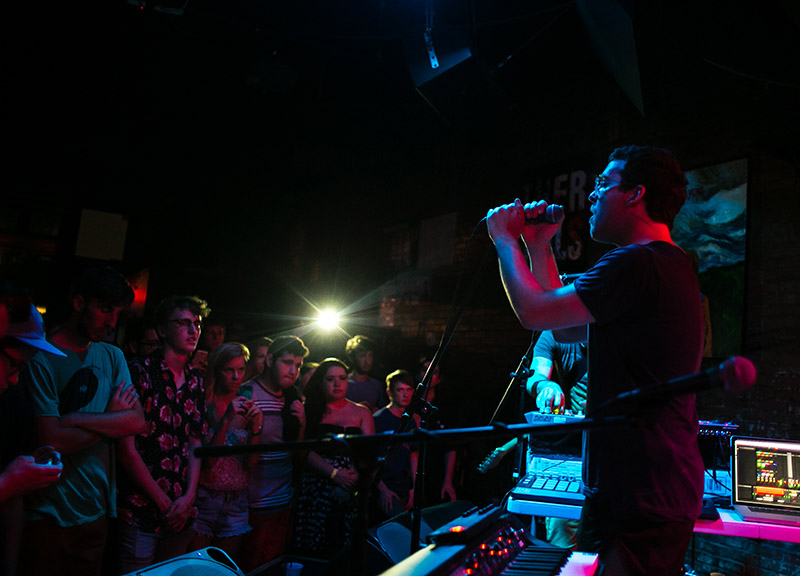 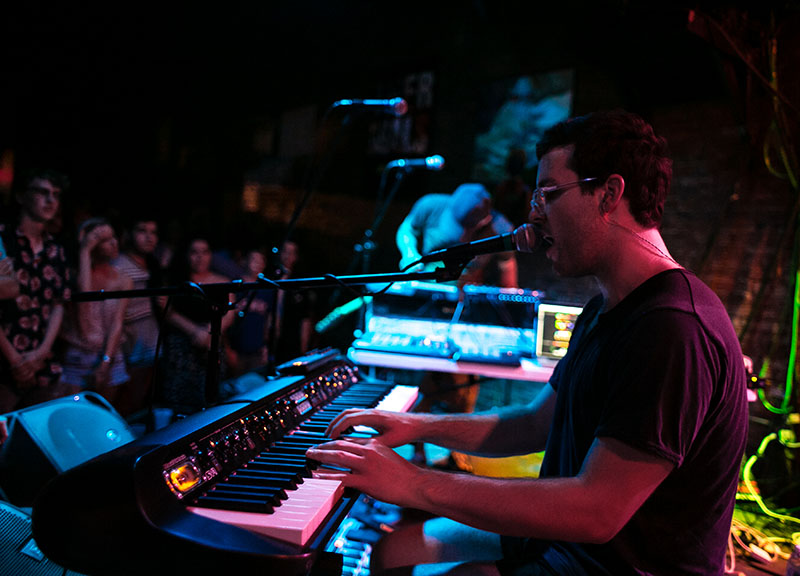 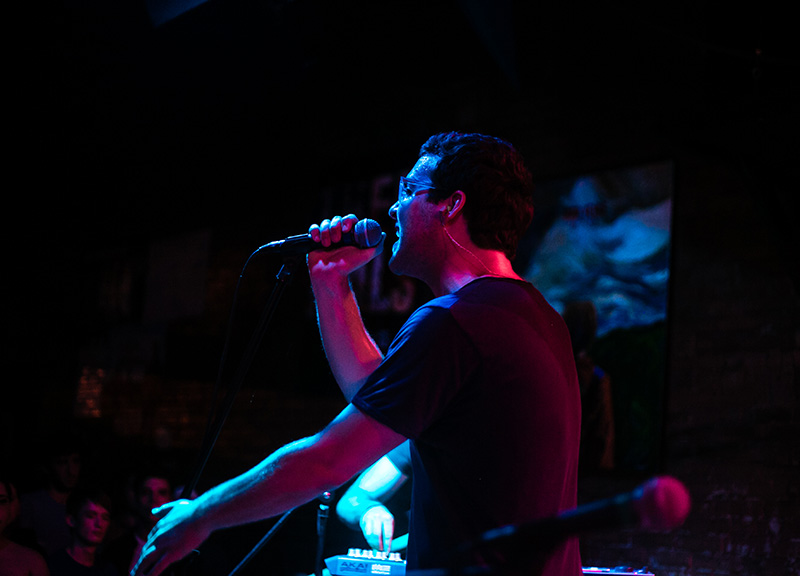 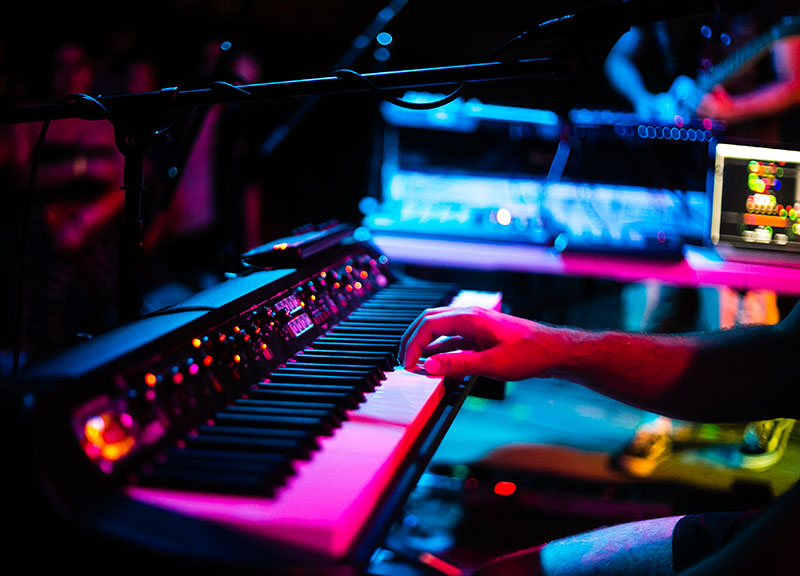 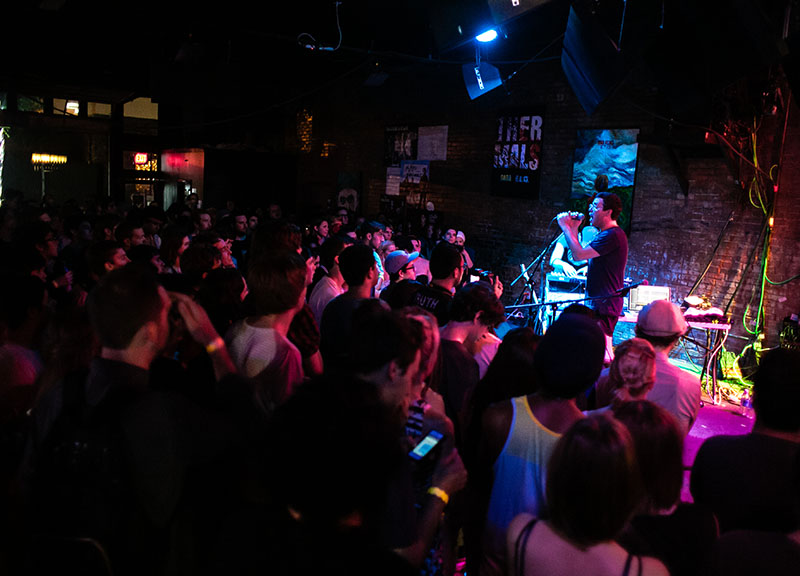 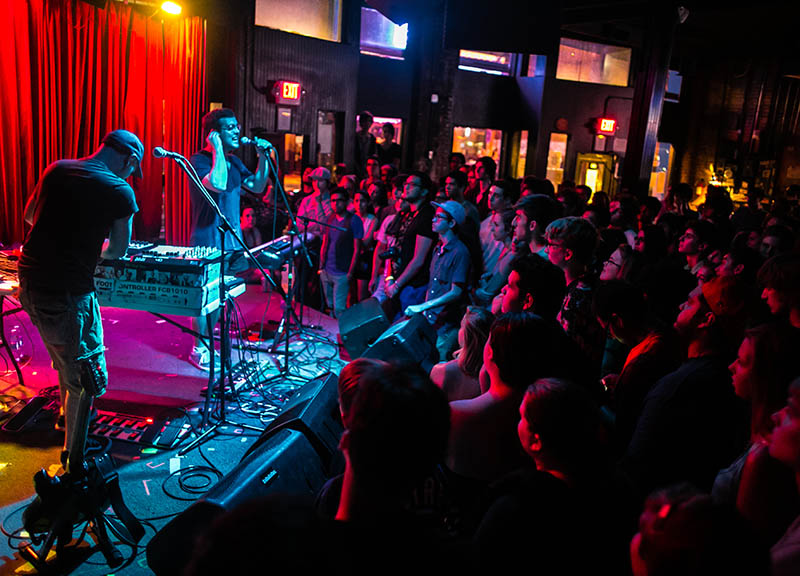 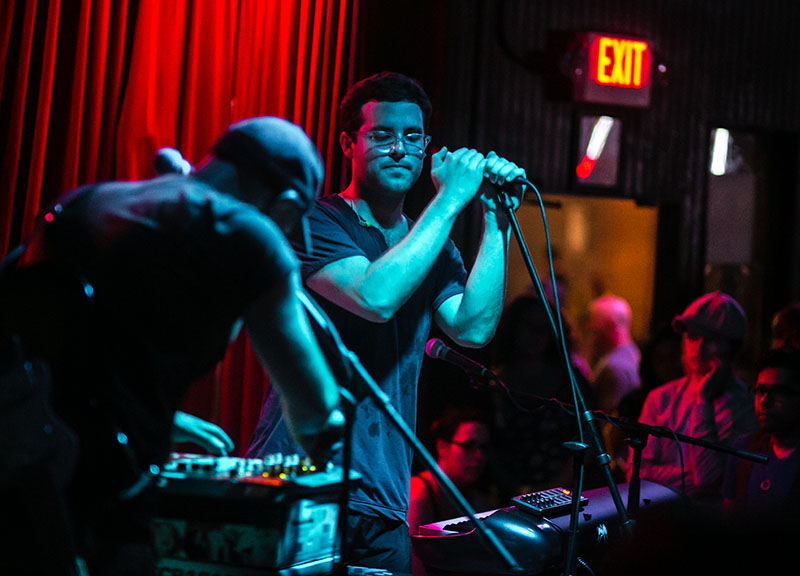 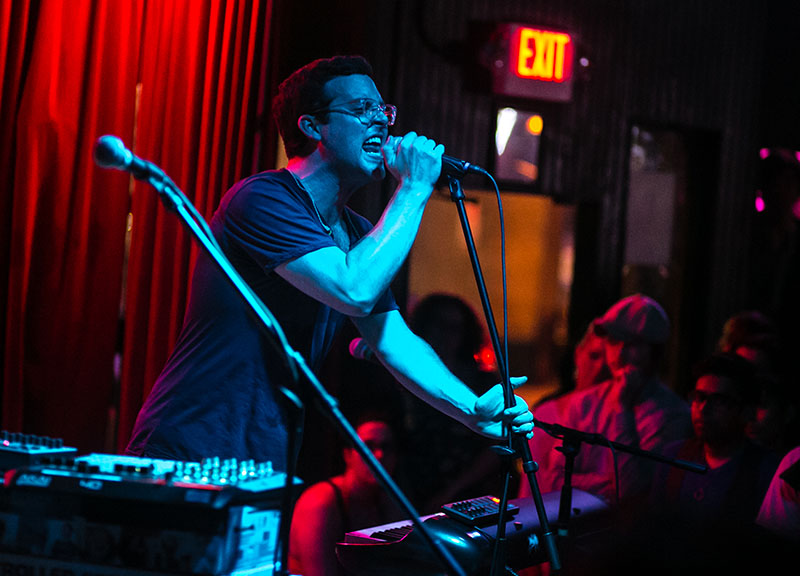 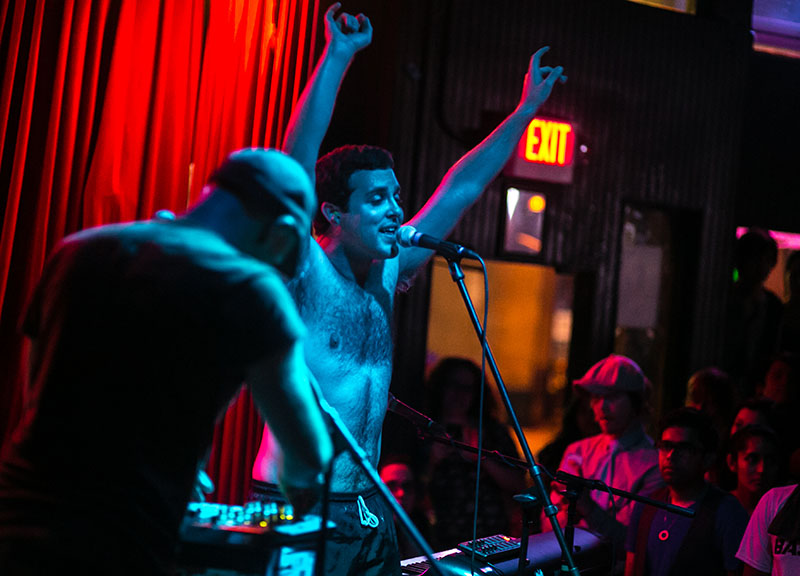 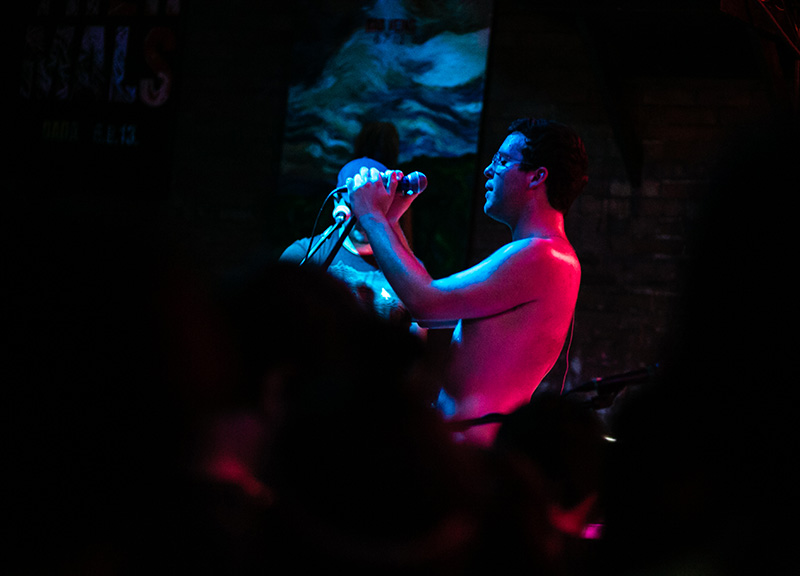