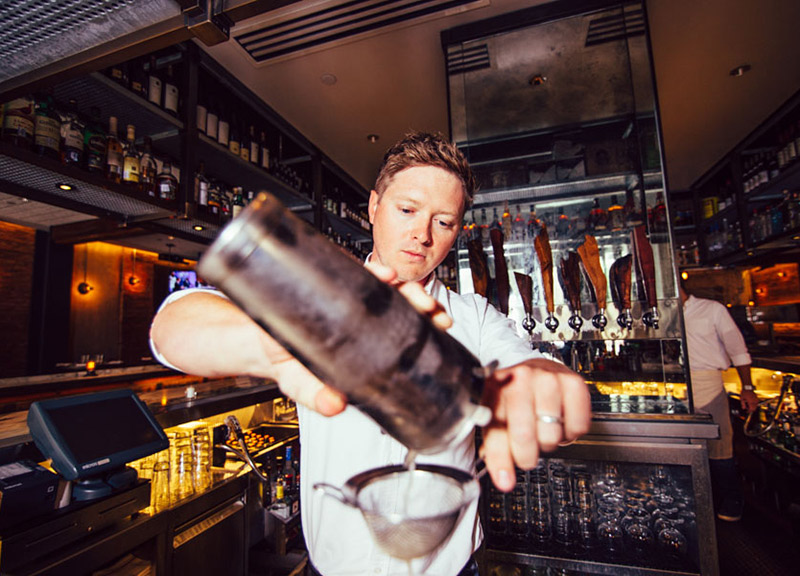 Prohibition is notorious in America as the time when the ability to imbibe alcohol began to be seen as a god-given right. People were so fanatical in their efforts that a whole golden age of hooch and speakeasies dawned.

Quite understandably, however, many of the drinks cooked up during this time fell to the undesirable side. That's to be forgiven; they were, after all, working with inconsistent, homemade batches of sometimes caustic alcohol.

But, somehow, one drink that was created during Prohibition actually pleases the palate quite well. It's a mixture of some exotic liquors that were increasingly hard to get during the time, and it called for no small amount of creativity in its crafting.

The Last Word — yeah, it has one of those perfect speakeasy names — is a gin cocktail that builds off of the herbaceous notes of the gin. The original recipe calls for equal parts gin, lime juice, green Chartreuse and maraschino liqueur.

Alongside the already herb-infused distilling process that gin undergoes, green Chartreuse is an alcohol that's distilled using 130 different herbs. After combining the heavy botanicals of the gin and Chartreuse, the lime juice and bitter almond notes of the Maraschino liqueur truly help to bring the cocktail down to a level that doesn't completely annihilate your palate.

Today, it's unlikely you'll be able to order a Last Word at just any bar you go to. Even if they do possess all the ingredients, it's not one of those well-tested, easy-to-make-off-the-cuff cocktails. But, if you know where to go, there are plenty of spins on the Last Word here in the Big D that are valid improvements on the original.

CBD Provisions has been quite the media magnet ever since it opened — yes, thanks in large part to its Pig Head Carnitas. More recently, though, the spot's visibility has seen a resurgence in media coverage due to the departure of chef Michael Sindoni and the promotion of former chef de cuisine Richard Blankenship to the helm of the kitchen.

But as with many hot spots lauded for their thoughtful food, the cocktails are often, if not always, overlooked in the coverage of CBD. It's a shame, too, as the cocktails at this The Joule-housed spot are worth their own trip. But, hey, that's what we're here for. Right?

The cocktail program at CBD is one of the subtly great ones in Dallas. It was concocted by Chad Solomon and Christy Pope, the same duo that later opened Midnight Rambler in the basement of The Joule. So it's safe to say the cocktails here, while different from Midnight Rambler's approach, are well-made nonetheless.

Bar Manager Eric Brooks was on hand to mix up CBD's take on the Last Word for us. He calls it The Good Word.

The ingredients are, at their core, similar to a traditional Last Word, with maraschino liqueur, Chartreuse and a sour. But, instead of gin, CBD throws in a mezcal that's been house-infused with fermented chili paste. And, instead of lime juice, lemon juice is subbed in. They also opt for the less-complex botanicals of a yellow Chartreuse.

All these changes help to create a Last Word that has an edginess separating it from the crowd. The sour notes hidden underneath the characteristic herb flavors mix well with the infused mezcal. The change from gin to mezcal also helps to make this a pleasure to drink during these sweltering summer months.

She Has… The Last Word.
Front Room Tavern.
University Park.

Front Room Tavern, located at the bottom floor in the Hotel Lumen across from Southern Methodist University's main campus, isn't exactly a tavern. It's a small, long dining room and bar area with about equal indoor and outdoor space. It's relaxed and swanky. It's also located right next to a bomb-ass pool.

The bar program is headed by Trevor Landry, the same man behind both DISH spots, and since he has three bars to manage, he gets more than enough practice at how to make the same cocktail multiple ways.

His take on the Last Word here, which he calls the She Has… The Last Word, is a cocktail crafted for with women in mind. The ingredients are more varied and differ quite substantially from the original. The Chartreuse is dropped entirely, replaced with the aromatics of Genepi liqueur that's distilled with plants native to the Alps. Landry sweetens it up further with the maraschino, Luxardo “Sangue Morlacco” (a cherry liqueur) and a float of Cava.

By substituting almost all the botanical flavors for sweeter, fruitier flavors, it's unsurprising this cocktail is what you could call a candy cocktail. But that's just how Landry wants it.

“The guests that partake in the cocktail menu are predominantly female,” Landry says. “It's a great drink at the bar before sitting down for dinner.”

FT33's bar has some serious depth to it, including an array of exotic liqueurs, some of the finest top-shelf liquors you'll find and one of the city's best small-batch barrel aging selections, too.

It's from some of those barrels that bar director Scott Augat crafts his unique take on the Last Word. His drinks starts which some barrel-aged Ford's Gin, which Auguat says “imparts color and rounds out the gin a lot [so] the botanicals aren't so in your face.”

Alongside the gin, Augat also barrel-ages some green Chartreuse in one of his spot's smaller barrels. Lastly, instead of the traditional maraschino liqueur, Augat employs Velvet Falernum, which boasts a flavor profile that includes hints of vanilla, ginger and several other spices.

The result of Augat's unique spin is perhaps the most memorable Last Word in Dallas. When drinking this cocktail, you can't help but feel this is how a Last Word should be made. The earthy notes imparted by the barrel-aging, alongside the more diverse and less sweet characteristic of the Velvet Falernum, transform the Last Word from an often too-sweet drink into something that lets your palate know it's there without completely demolishing your taste receptors for the night. 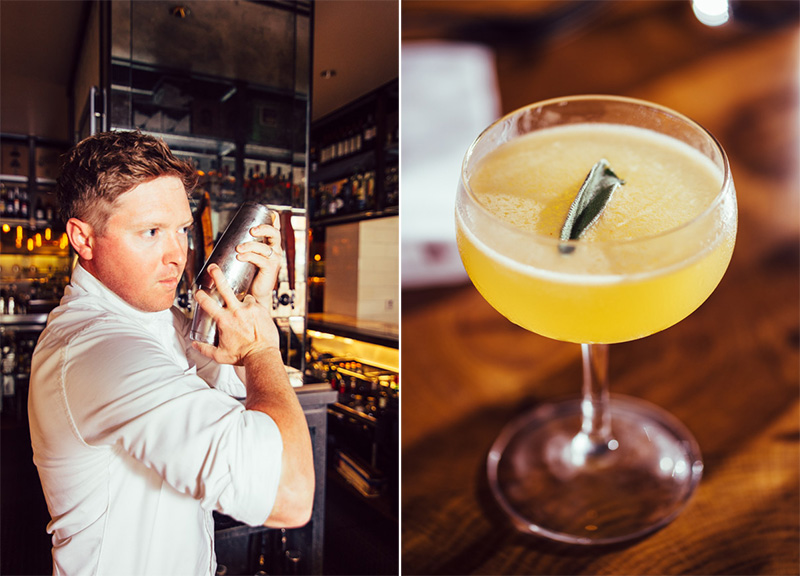 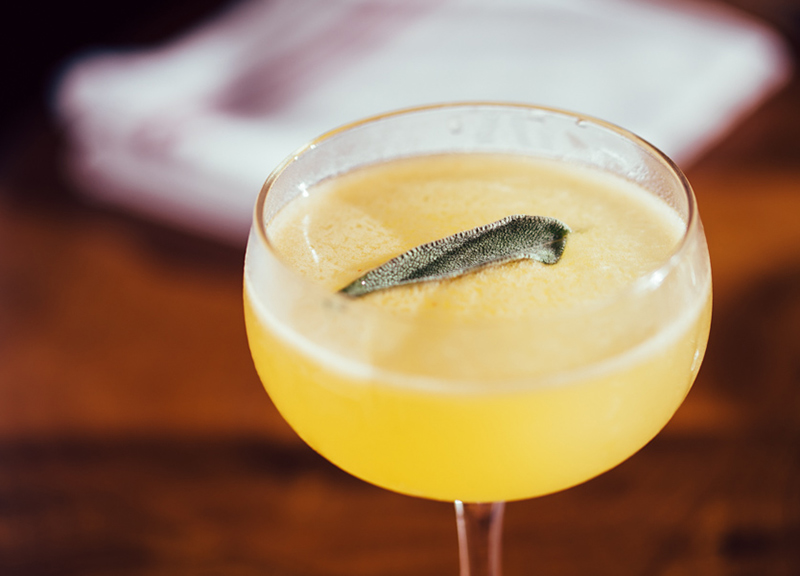 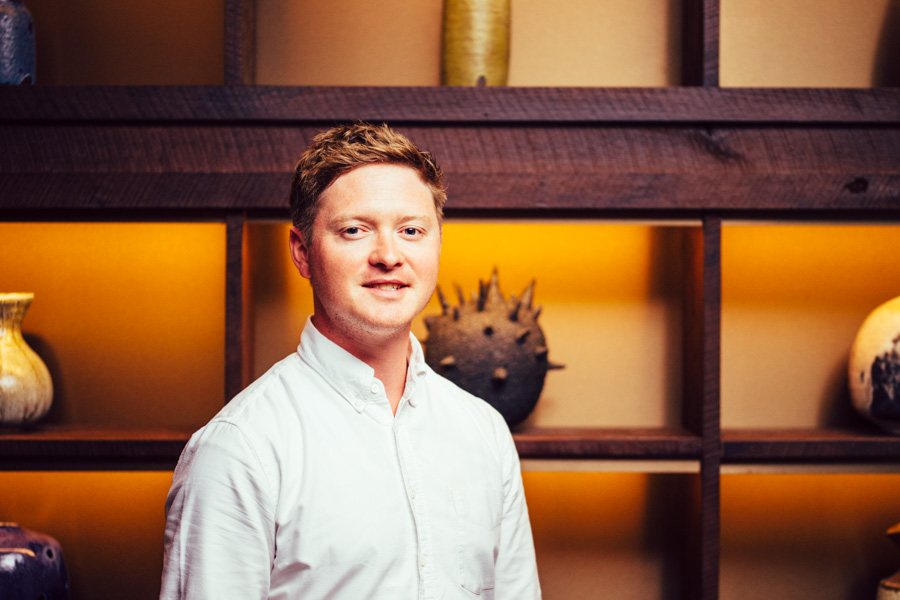 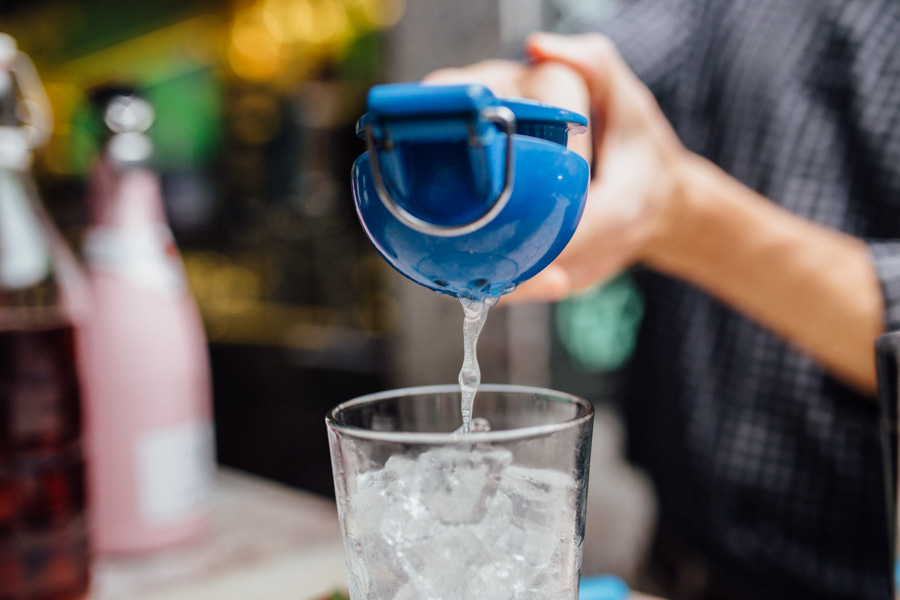 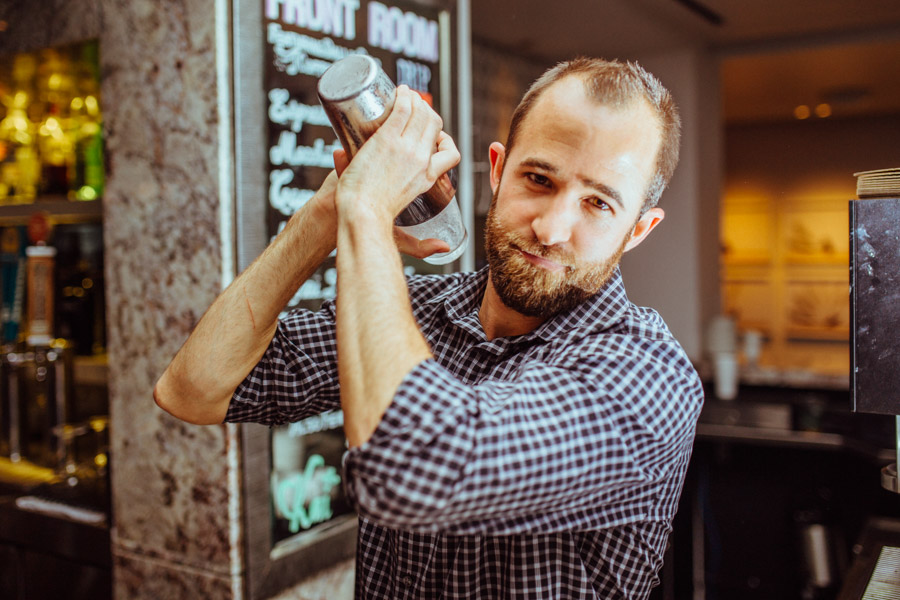 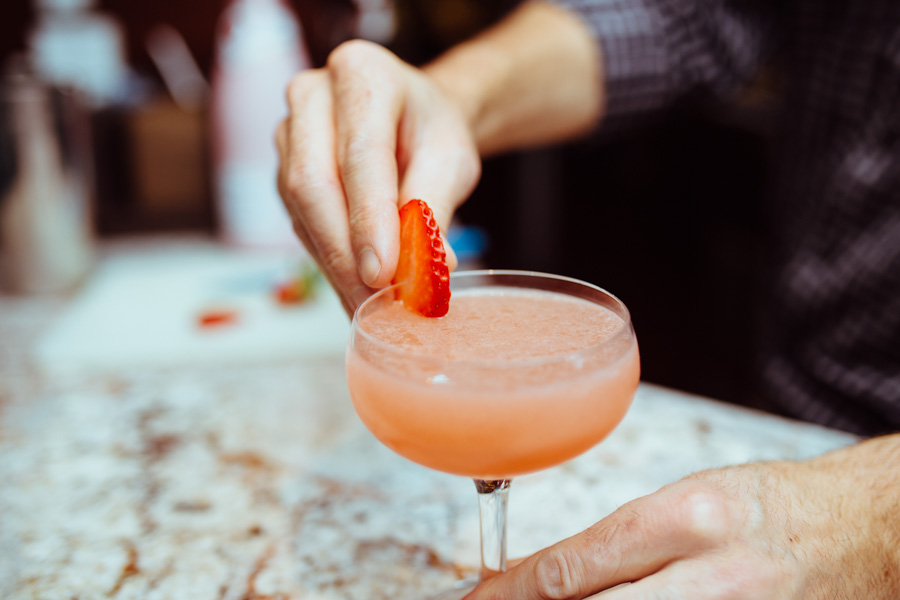 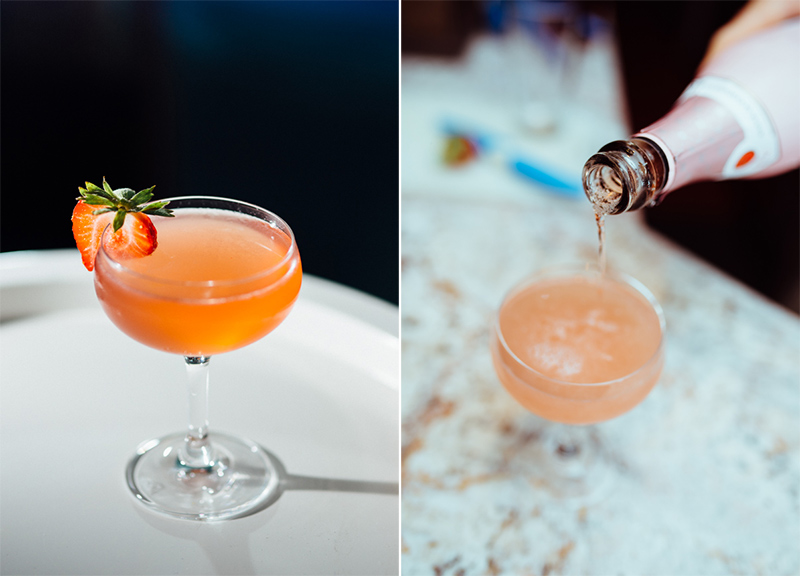 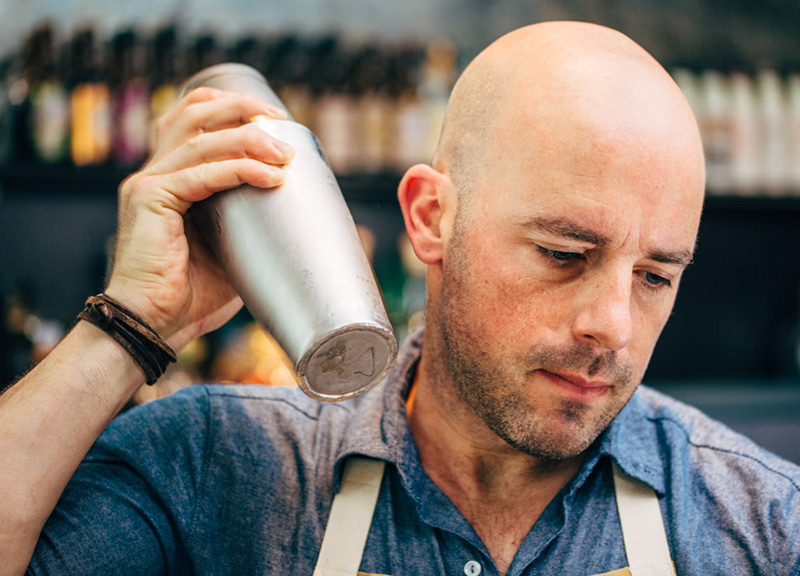 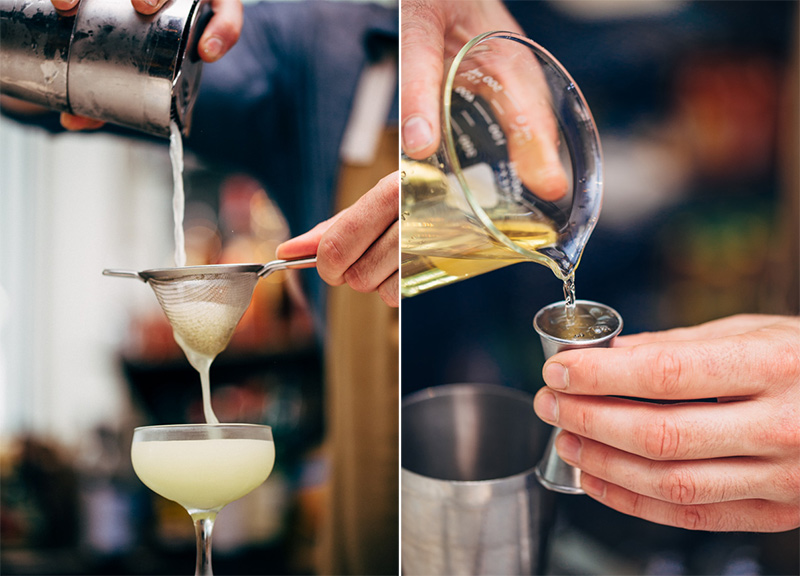 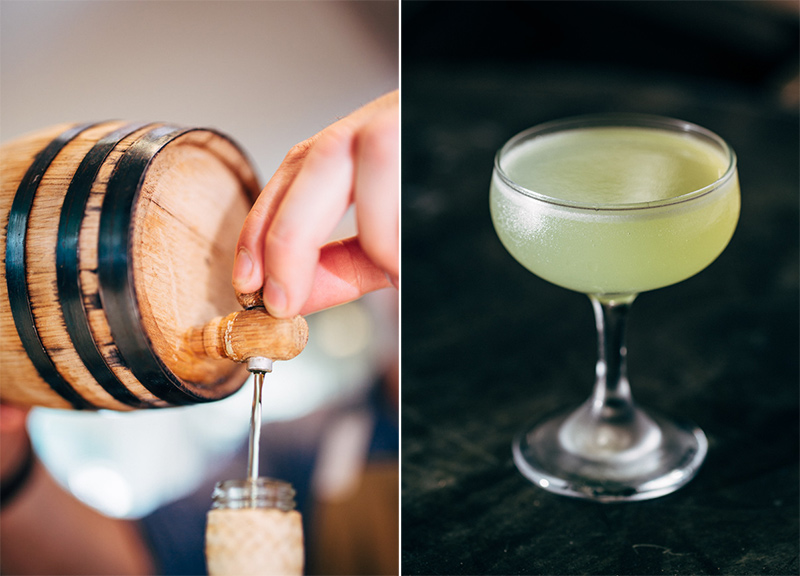 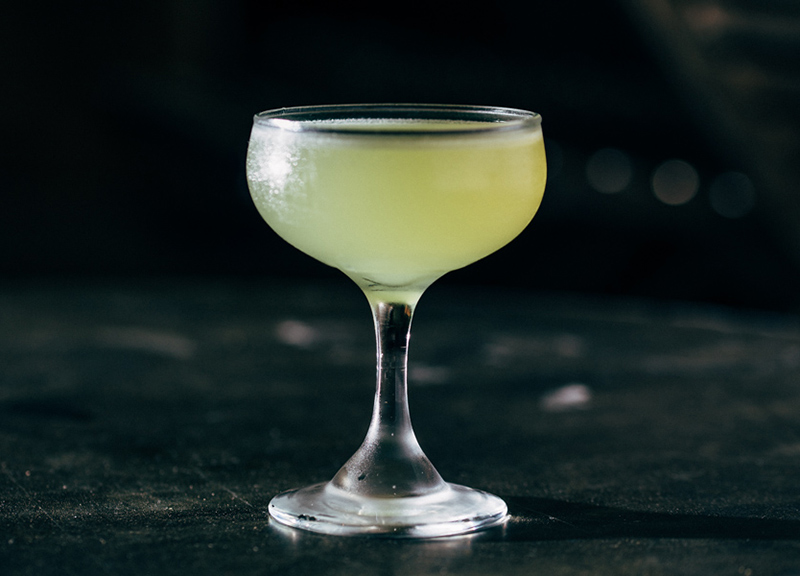