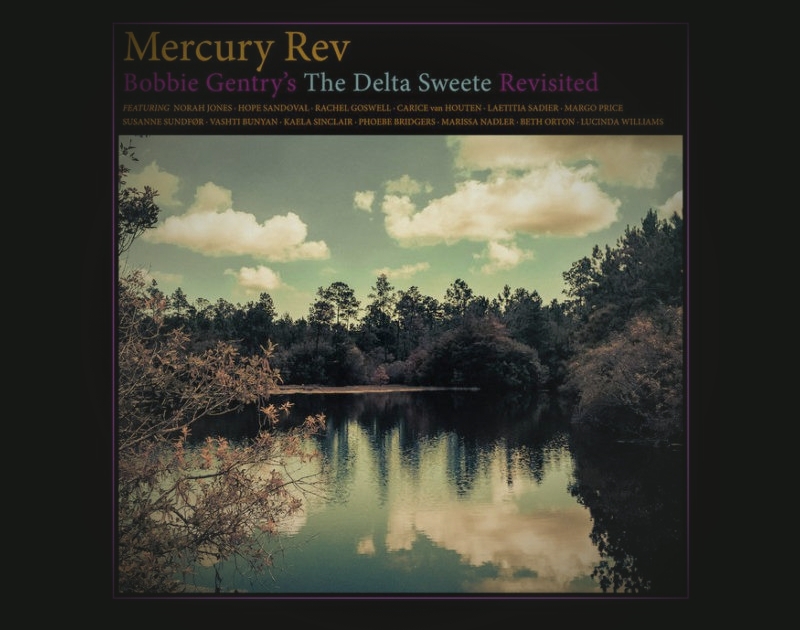 The Denton-Tied Mercury Rev Is Releasing A Bobbie Gentry Tribute With An All-Star Cast Of Singers — Including North Texas’ Norah Jones And Kaela Sinclair.

As a genre, country music has suffered a long, unfortunate history of upholding patriarchal traditions to a fault, putting up a forceful resistance to any strong female representation at all costs. Despite this, artists like Loretta Lynn, Dolly Parton and Emmylou Harris have achieved success, and are now revered as trailblazers in giving women a stronger platform in the genre.

But their defiance, while worthy of praise, was not unprecedented. In 1952, Kitty Wells shook the country music circuit to its core in releasing the single, “It Wasn’t God Who Made Honky-Tonk Angels,” a song that gave the middle finger to society’s double standard of vilifying unfaithful women, while granting clemency to unfaithful men all the same. And 12 years following Wells’ controversial defiance, a female country music artist from Mississippi started composing and producing her own material, embarking on a career trajectory that would cement her place in history as one of country music’s most important artists.

That artist’s name was Bobbie Gentry. Gentry’s magnum opus came in 1968 with the release of her sophomore album The Delta Sweete. You may not have heard of it, partially because country music has historically placed a special emphasis on hits over albums that serve as a 30- to 90-minute listening experience. But to say that the deficiency in appreciation for that album is criminal would be an understatement.

It’s importance is not lost on Mercury Rev, though. The long-running Buffalo, New York-based indie band plans on shedding light on the forgotten classic with its upcoming album, Bobbie Gentry’s The Delta Sweete Revisited. The title is self-explanatory: The release indeed finds the band performing that Gentry album in its entirety, showing off their own unique reimagination of it in the process.

“We started off with this idea that it would be a sort of ‘late-night’ album in the mold of Nico or Leonard Cohen, [The Velvet Underground’s self-titled album] or [Miles Davis’s album] In A Silent Way,” explains the band’s multi-instrumentalist Jesse Chandler, who lives in Denton and also used to play keyboards in Midlake. “But it sort of morphed into this chamber noir album, with a lot of cascading kaleidoscopic strings and woodwinds.”

“We really put a lot of effort in matching the right singer with the right song,” Chandler says.

In a press release, Price attested to the album’s legacy: “Bobbie Gentry is one of the greatest writers and performers of our time. She was the definition of country funk and southern soul. Her songs were well crafted, literary masterpieces. Bobbie produced so much of her own work that she didn’t get credit for. Her influence on my music has been massive and her influence on the music world in general is earth shattering. Bobbie is iconic, original, eloquent and timeless. She is an elusive wonder in a world of plain spoken, worn out cliques. She has remained a strong voice and an eternal spirit of the delta, wrapped in mystery, yet forever here.”