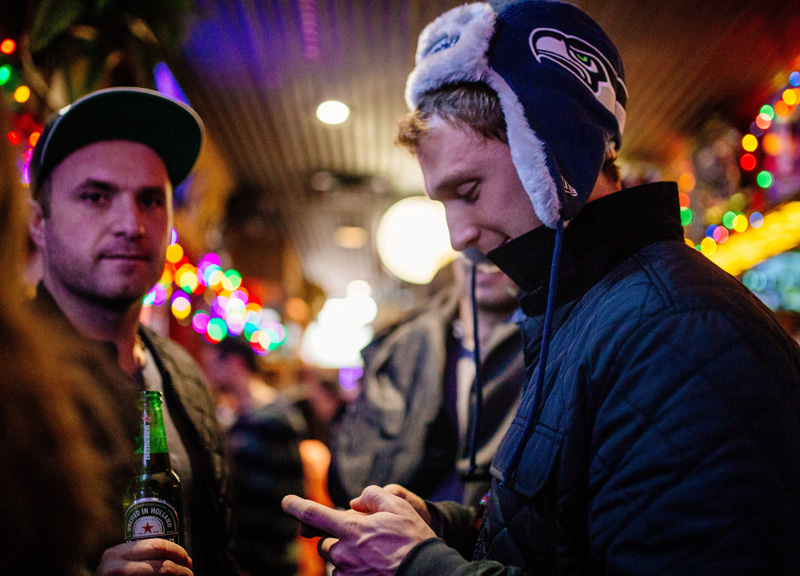 Most weeks, there's a fair amount of jockeying that goes on among those wishing to perform as part of McKinney Avenue Tavern's regular Thursday night karaoke parties .

Last night, though, everyone at the packed Uptown bar was more than content to wait their turn. That's because everyone at the spot also known as Big Al's was also there for another reason.

They hoped to catch a glimpse of talk show legend Jerry Springer, who was taking his own turn on the stage.

And they wanted to take selfies with The Ringmaster, of course.

After making a grand entrance to the chants of “Jer-ry! Jer-ry! Jer-ry!,” the too-hot-for-TV talk show host spent a good 15 minutes happily posing for phone pics with in front of the stage, very much helping Dallas' Instagram game be quite on-point for the night.

And following all that side-hugging from television greatness, the multi-talented Springer, who was once the mayor of Cincinatti, showed off his hidden talent as a Grade-A Elvis impersonator — and on what would have been the singer's 80th birthday, no less.

“This is going to be a train wreck,” Springer said straight away before launching into his three-song “set.” But no amount of sandbagging would deter the crowd's enthusiasm. And, as he began the opening strains of “Love Me Tender,” there were easily more cell phones in people's hands than drinks.

It was something to see, for sure. For his part, Springer was pretty passable as Elvis. It wasn't too hard, anyway, to imagine him sock-skating around the linoleum in his kitchen in his tightie whities, honing is secret crooning abilities in his free time.

His pipes were good enough, too, that he didn't need the help of an elaborate Elvis costume to help sell the schtick, either. In fact, the closest Springer — who showed up dressed in jeans and a pullover — got to an full on impersonation of The King is when he crossed his arms, closed his eyes and pretended to be dead.

The only thing that came too soon, though, was the end of his three-song display. We hear he only did two songs last time he came through to drop one of these performances on the Dallas masses, though, so maybe we shouldn't complain.

Our final thought: Even with Jerry Springer's appearance serving more as the opening act to the Tavern's crop of karaoke night regulars, we couldn't imagine a much more ridiculous, surprisingly satisfying way to mark Elvis' passing. 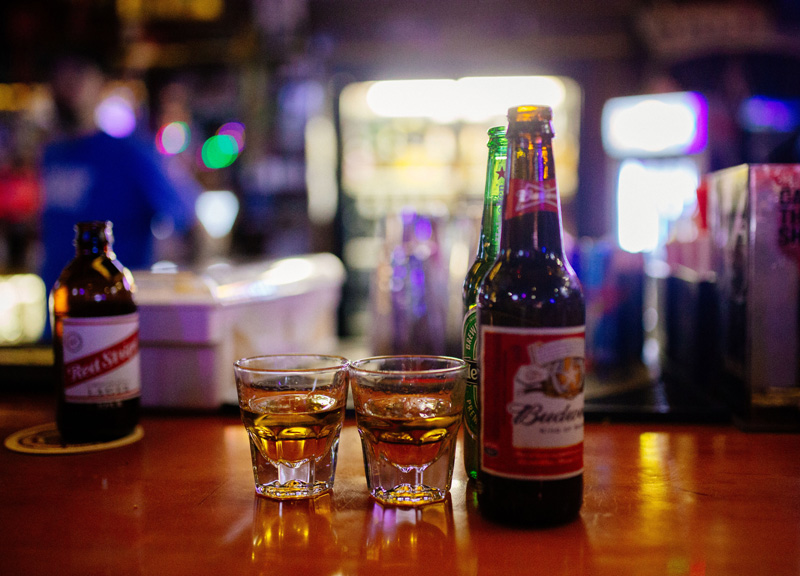 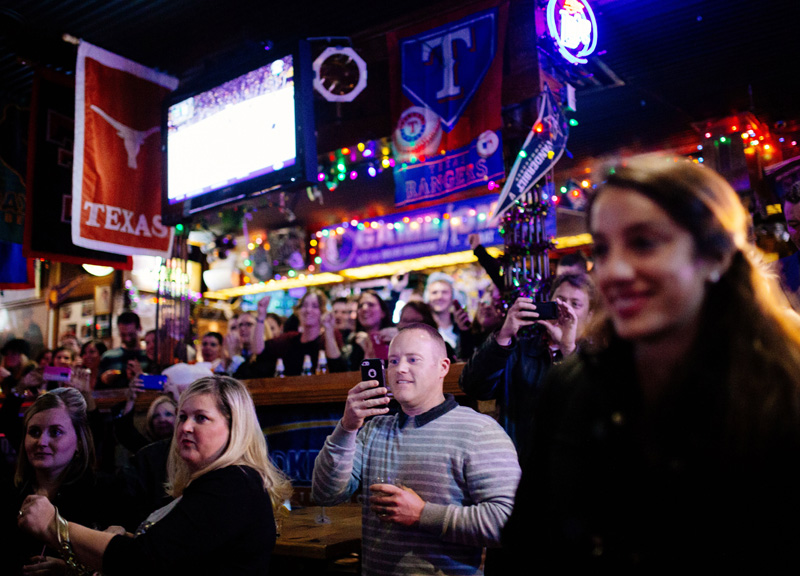 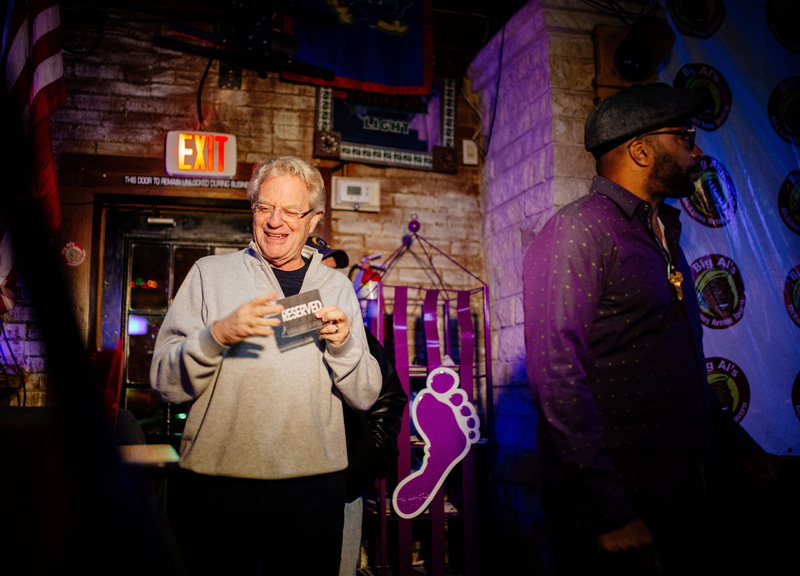 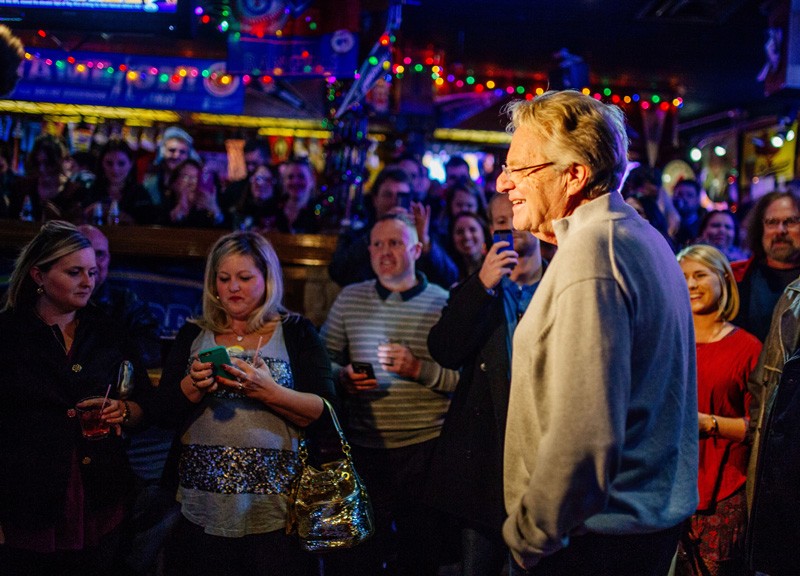 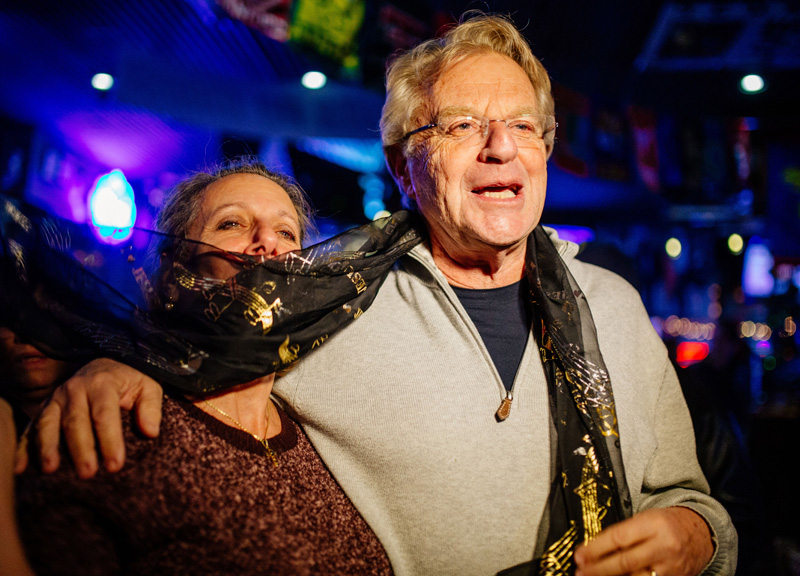 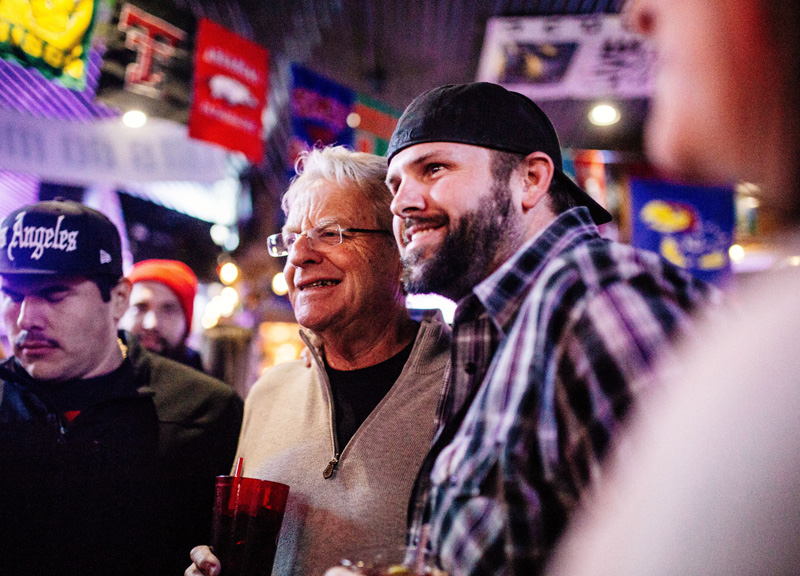 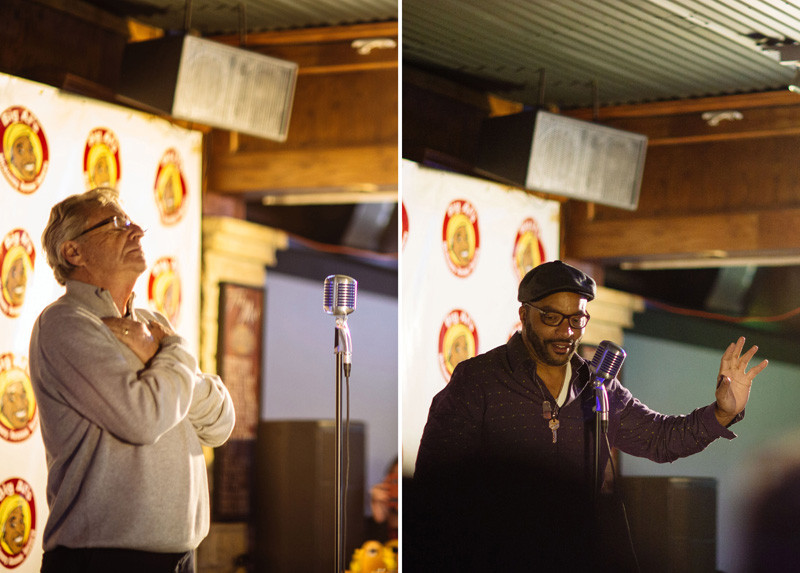 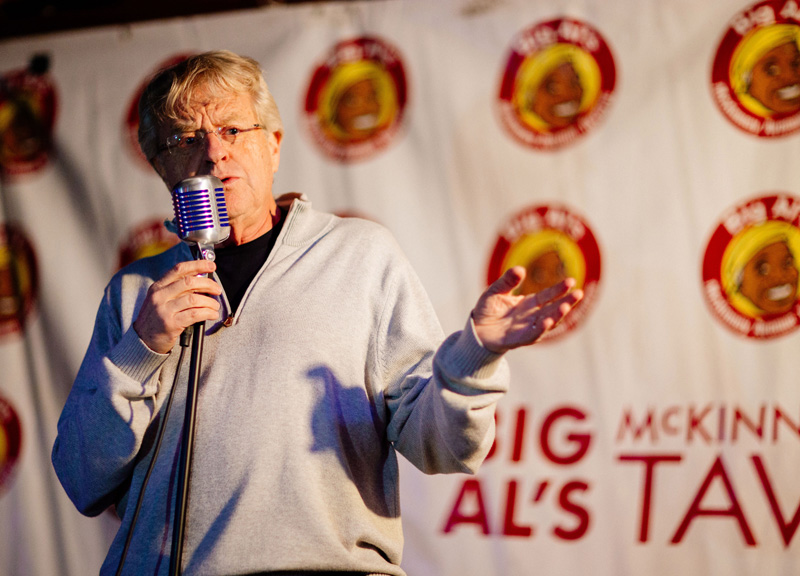 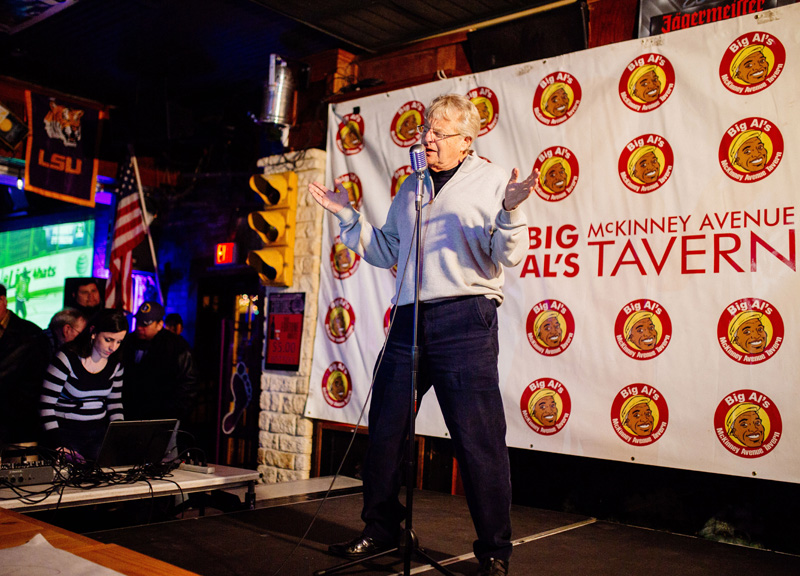 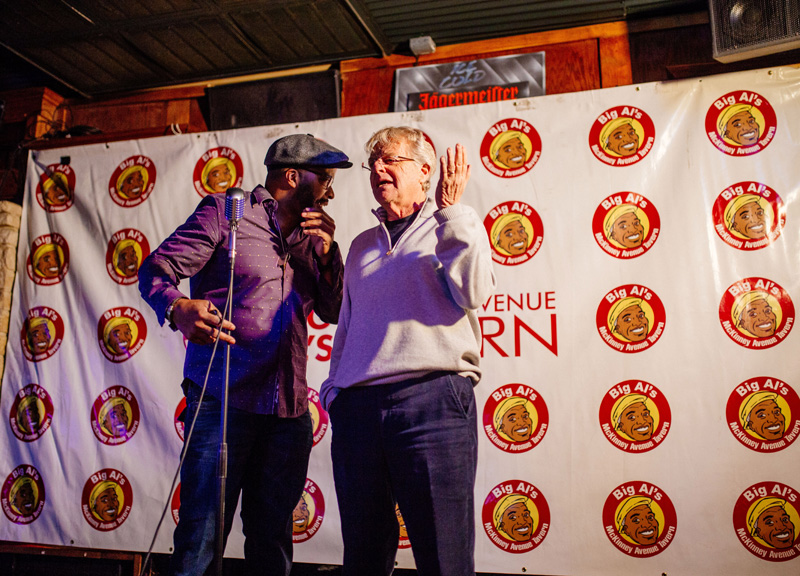 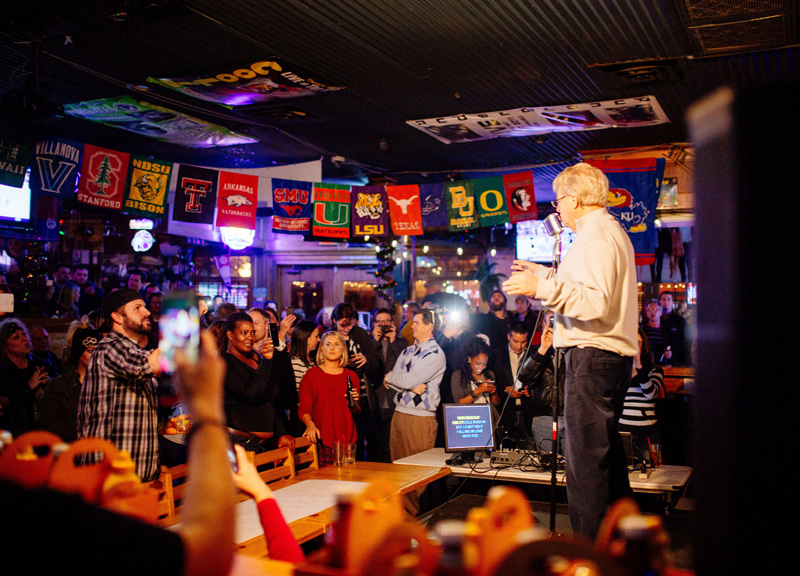 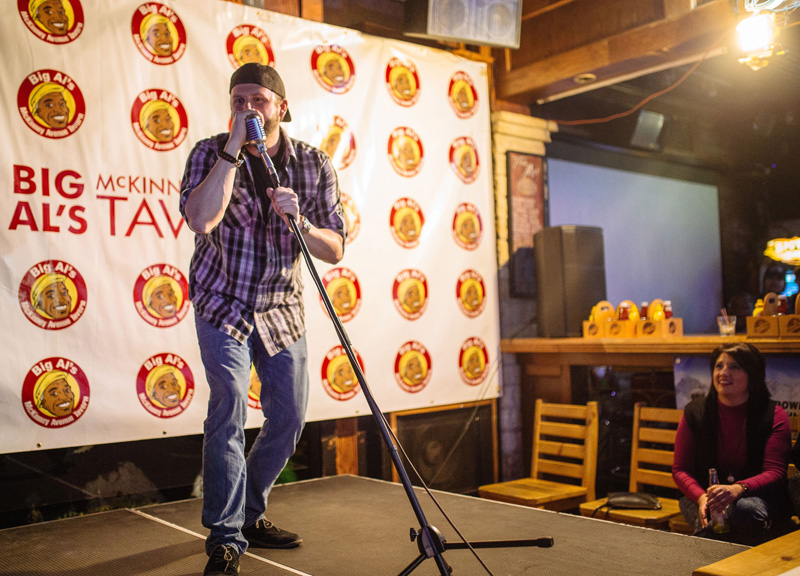