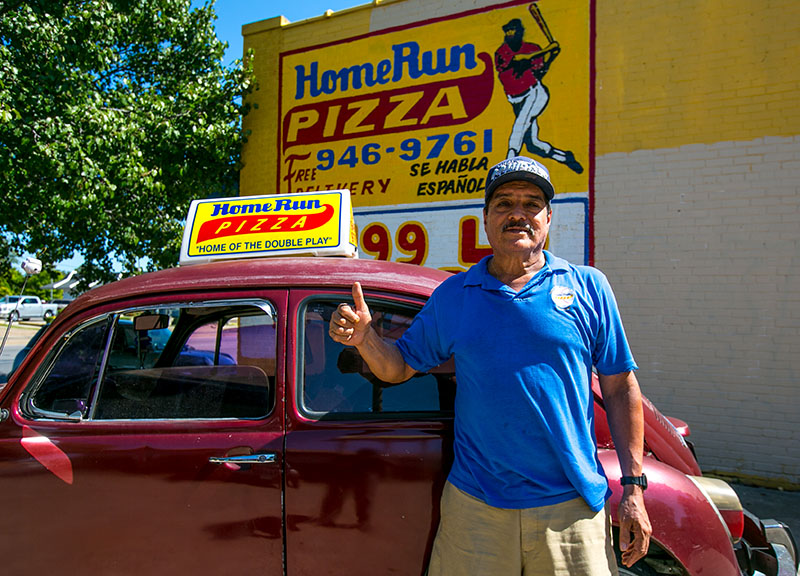 All Across Oak Cliff, Change Is Underway. But Home Run Pizza's Delivery Car Remains The Same.

Cars come and go along Jefferson Boulevard in North Oak Cliff, but one vehicle — a maroon, 1973 Volkswagen Beetle — remains, trucking along improbably with a purpose more than 40 years after it was first built.

For 21 years now, the car has traversed this strip, and, in the process, it's become something of a neighborhood fixture thanks to its permanent role as the delivery car from Home Run Pizza, which is where it can be found, parked right there on the 700 block of the street, when not shipping pies out to the masses.

More than that, the car has also become something of a symbol in a community that's currently witnessing an overhaul of its properties as the dreams of developers stretch the Bishop Arts District over onto Jefferson. That development has meant new competition for the pizza shop as Eno's and Zoli's have entered the market. Still, the residents here love the old favorite: Just this summer, Home Run Pizza was voted Best Pizza in the Advocate's Oak Cliff Best-Of Contest.

That was a proud moment for Paulino Montelongo Jr., current owner of Home Run Pizza, who took over the business from his parents four years ago. Montelongo has been helping out in the restaurant since he was 13, answering phones and making pizzas alike and, these days, he's more than happy to carry the torch on his parent's legacy — one that, sure as rain, still includes that 1973 Volkswagen Beetle and pizza deliveries in it from his father.

Oak Cliff is changing, but that beetle remains the same. In appreciation of it, we caught up with Montelongo to discuss the car's legacy — and to snap some photos of his father still working with it after all these years.

So your dad, Paulino Sr., owns the car, right?
Yes.

When did he buy it?
Actually, it's pretty funny. He had a '72 Beetle, and that was his first Volkswagen. When he bought it, it was going to be used for delivery — and, within that first year that he had it, someone came and wrecked into it right here and totaled it right in our parking lot. He was really upset because he loved that car. And, at the time, they were doing Dallas Cowboys football [gambling] pots. One of the pots was a '73 Volkswagen Beetle, so, since it was there, we went ahead and bought two squares at $25 each. Well, with his luck, he won the Volkswagen. So that's all he paid for the car. $25.

Why does he keep fixing it after all these years?
He loves that car. He says that one is going down in the grave with him. He's got other vehicles that he has put away. He's got a '94 Dodge pickup truck that only has, like, 38,000 miles on it because he drives his Volkswagen everywhere. He goes everywhere with that Volkswagen. He loves it.

Do you think it's just become such a staple in the neighborhood that he feels like he has to keep driving it?
Oh, yeah. Everybody knows the bug. Everybody knows it. They see the bug, even without the sign, they know it's Home Run Pizza. It's like the car of the shop. Home Run Pizza was actually built in 1986 and then my parents took over in 1990, and we've had it family-owned since then.

And your dad still delivers the pizzas?
Oh, yeah. He makes them and delivers them. I'll make them too, but we switch. It's actually my business now. I took over four years ago this August. But we're still family-owned. My parents still come over and help me out so I can have a day off or something. It's funny because, when my parents purchased the actual store, I was 12 years old. Then, when I purchased the store from my parents, my little boy was 12 years old, which is kind of tripped out. It all worked out. He wants to be the third generation.

Do you ever drive your dad's Beetle?
Yeah, that's actually how I learned to drive standard. It's got a lot of memories. Now I drive a little Mini Cooper.

Are you also keeping with that tradition of holding onto your cars?
Yeah, I'm gonna keep that one. I wanted to get something small, kinda like the same style as the bug. I had a bug, too, but with this Texas heat, it's pretty rough being without an A/C. My dad's already used to it, so he'll go anywhere with the bug. But I gotta have a little bit of air. Everybody knows the Mini Cooper, too. It has the same style as the Volkswagen, y'know? It's the new generation. [Laughs.]

Has the Volkswagen been in any accidents?
People have slammed into him while he's delivering. I mean, just look at the car. That car is solid. It's all metal, but now it's put together with Bondo. It's pretty bad, but it's still going. That little car is still going. He's got a lot of money invested into it. Everything that he puts on there is original — nothing aftermarket. He'll spend the money for any little part. That's his baby right there. He takes a lot of care of it. 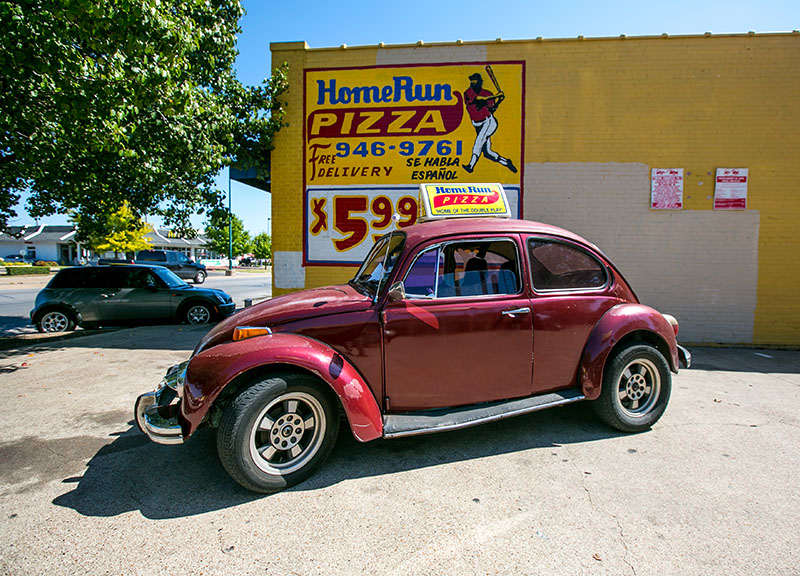 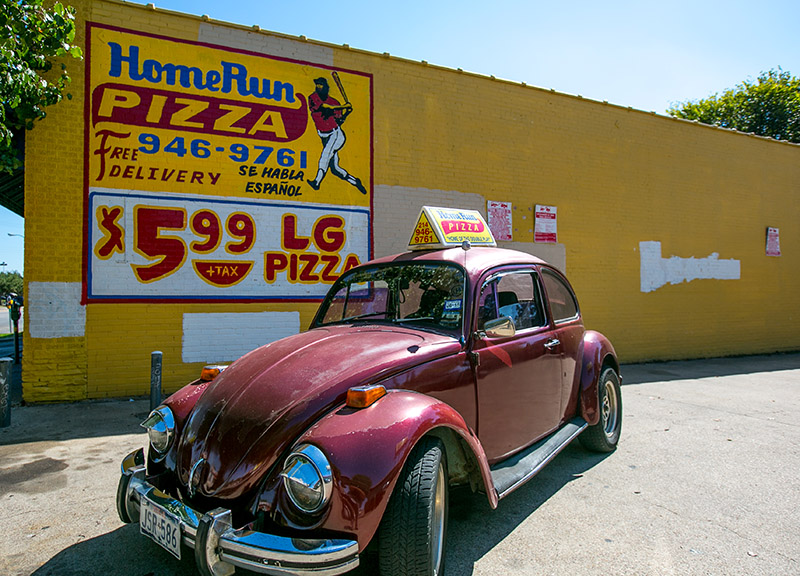 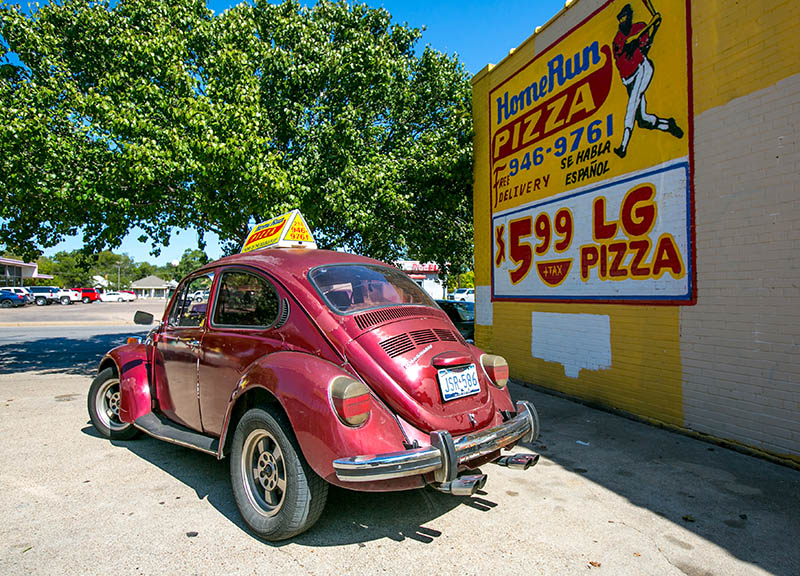 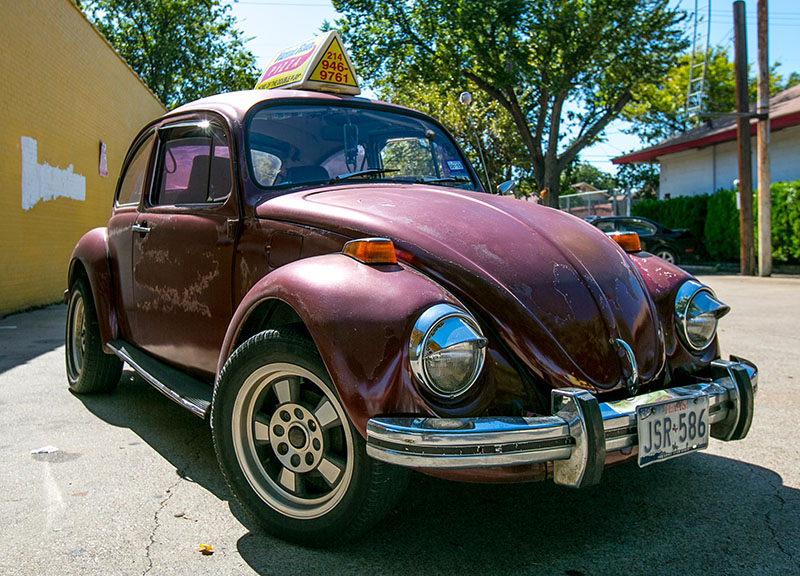 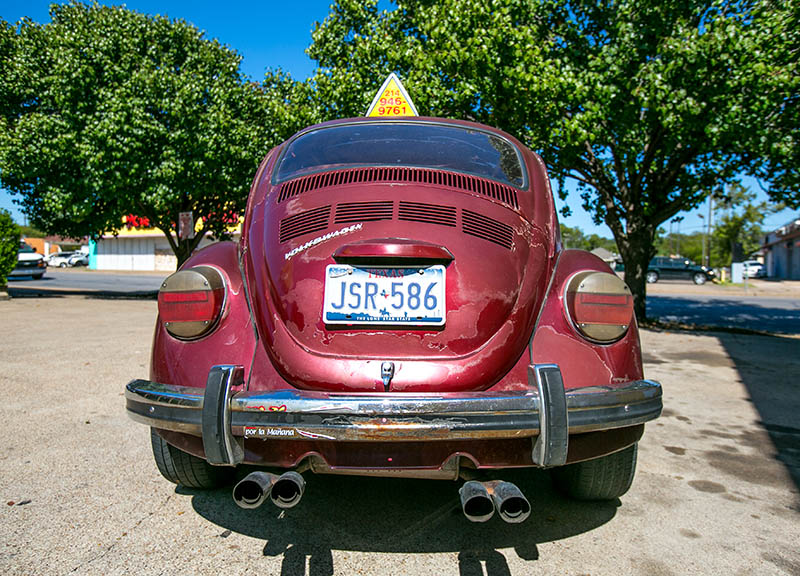 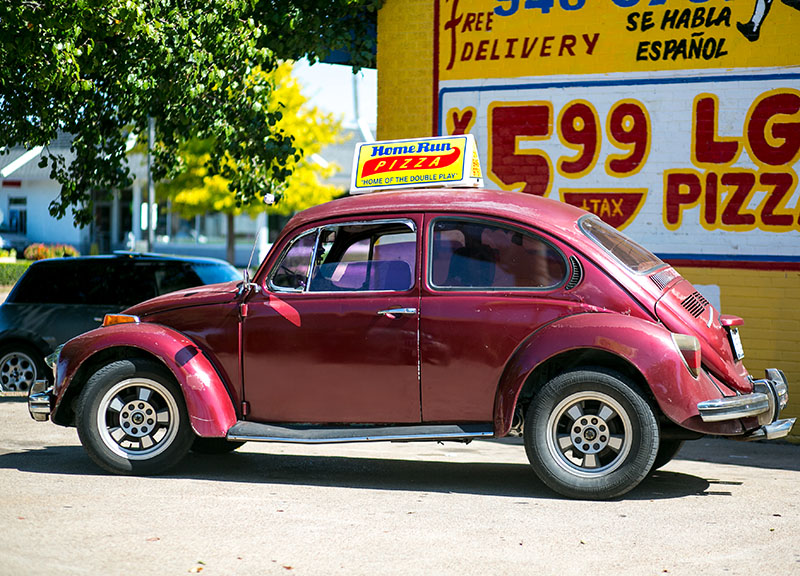 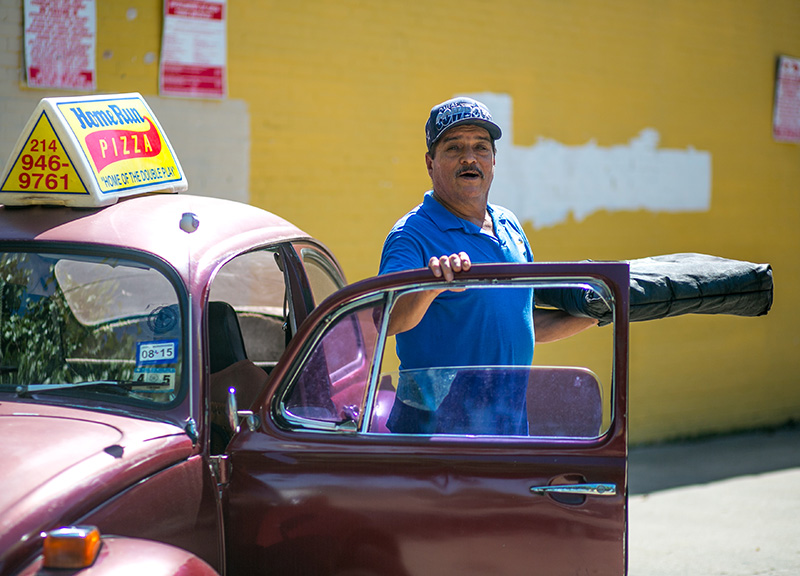 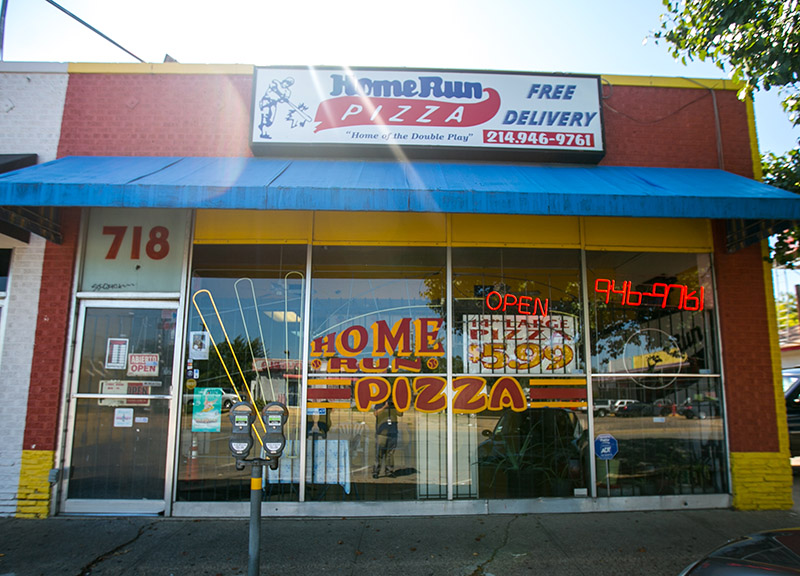