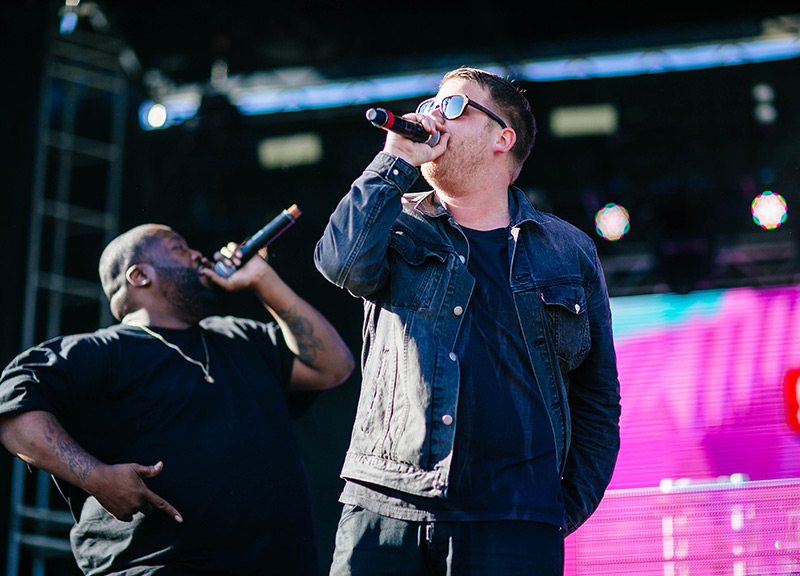 Run The Jewels, Yelawolf, Big Gigantic and More From Day One of Suburbia Fest.

Right upon entering Oak Point Park and Nature Preserve on Saturday afternoon, one thing became painfully clear: Shade was at a premium.

As a result, what little shade there was under the trees on the fringes of Suburbia Fest’s three performance spaces were scooped up quick, with groups of people huddling together under whatever branches they could find. In their defense, it was quite hot.


But, immediately after a fiery offering from Killer Mike and El-P’s collaborative Run The Jewels project on the so-called Cedar Room stage, a little respite from the heat would come thanks to a devilish offering from Alabama rapper Yelawolf. Noticing an overheating audience laid out before him, the rapper forced his stagehands to grab boxes of Dasani from the backstage area, which he would then toss out in bunches to the crowd. He similarly kept those closest to the stage hydrated by spraying beer upon them.

But this was just one way in which Yelawolf’s set seemed fearless. He jumped around his stage, ranting and raving to his crowd, encouraging them to keep up with his hype.

The crowd responded in kind, but with as much reckless as they would showcase later in the night when Big Gigantic took to the Cedar Room stage. Big Gigantic’s large crowd was fully awash in the glow of the stage’s massive LED lights. And the crowd took advantage of these added, if simulated, hours of light, body-flinging, beer-chugging and dancing the night away. 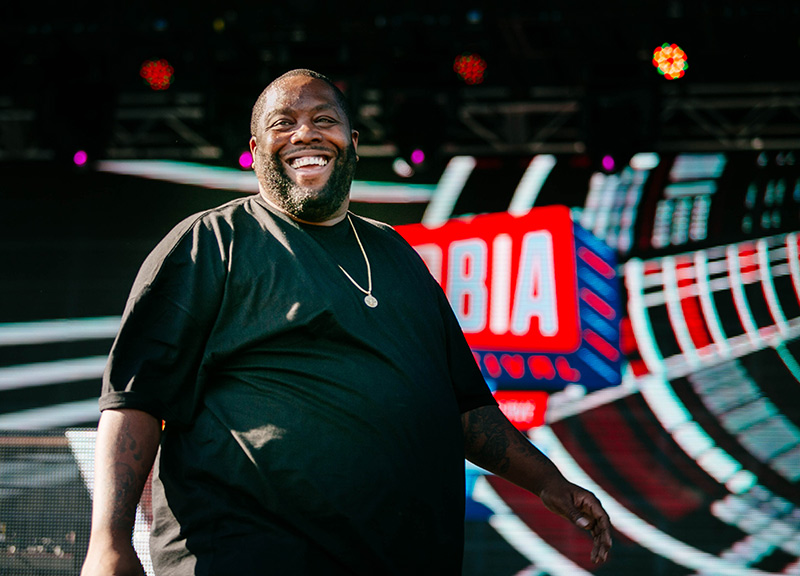 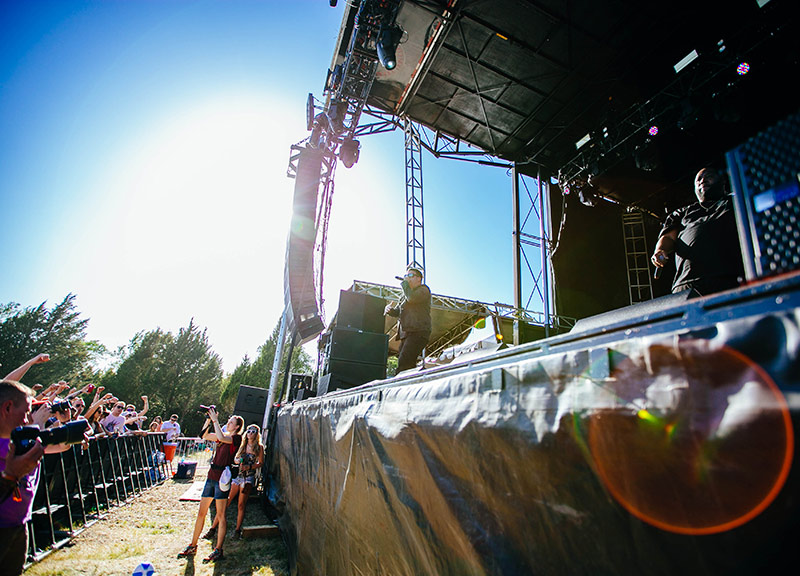 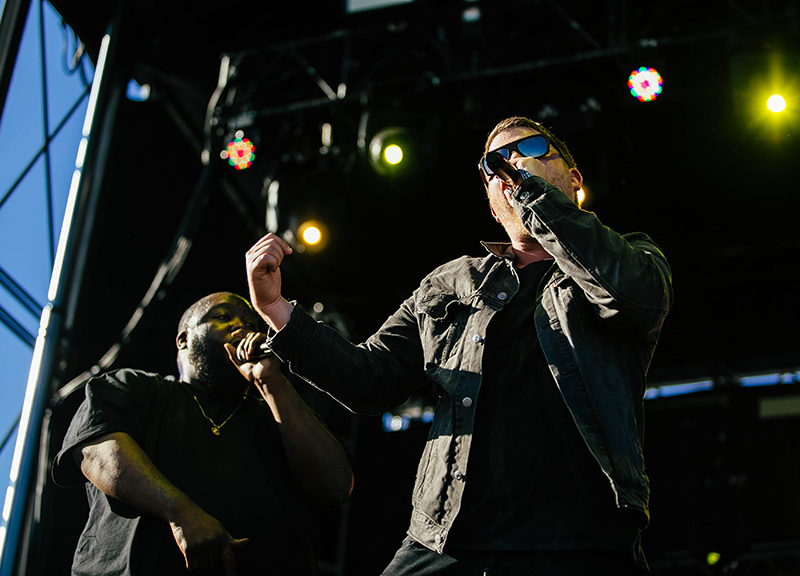 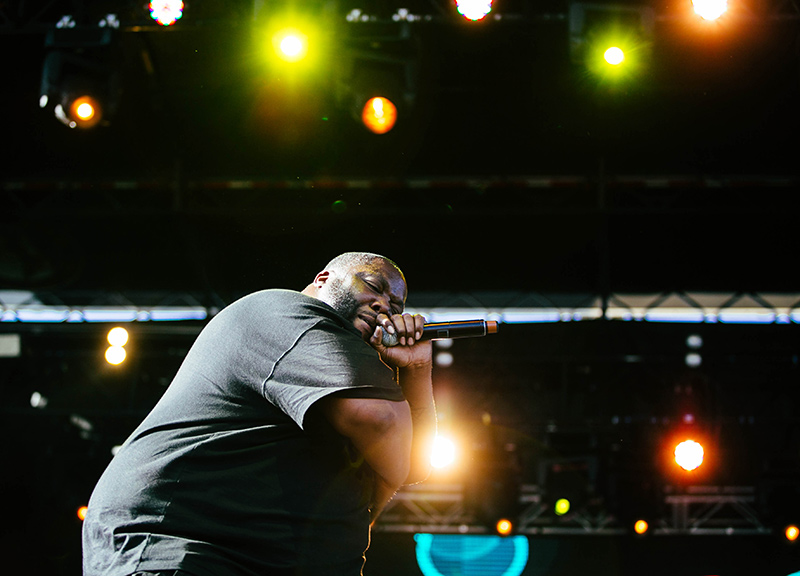 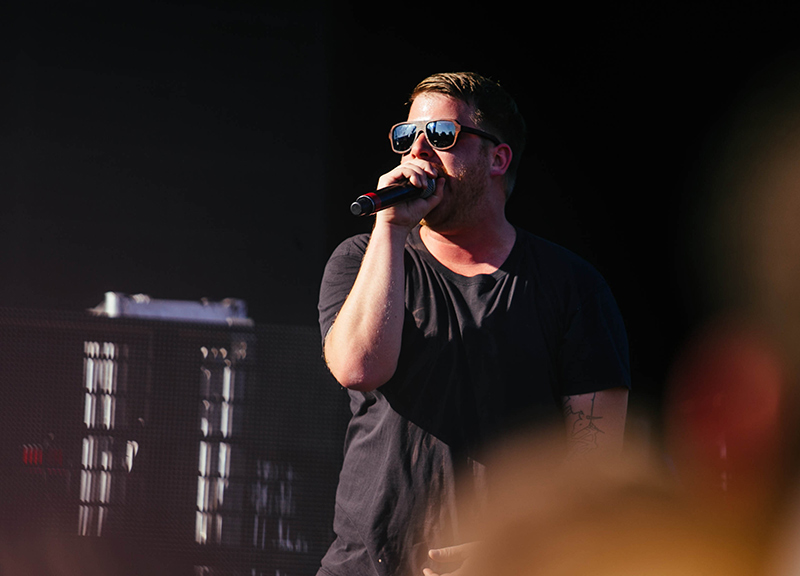 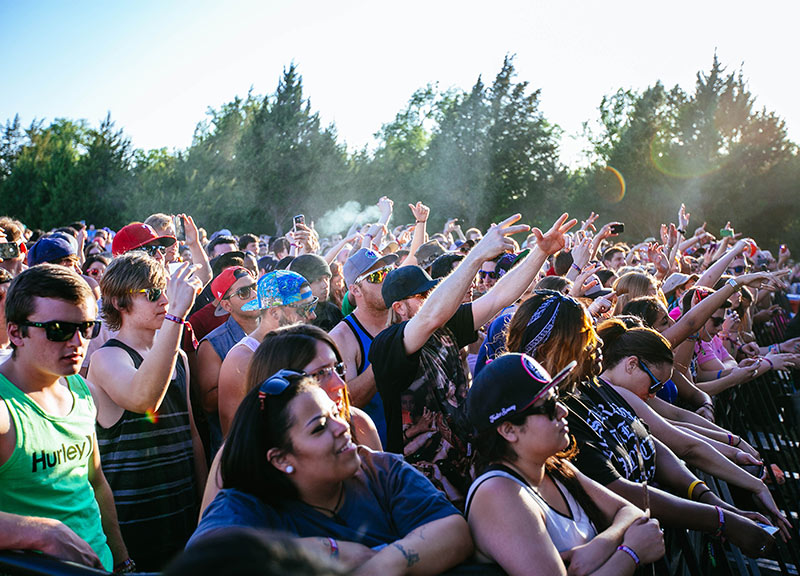 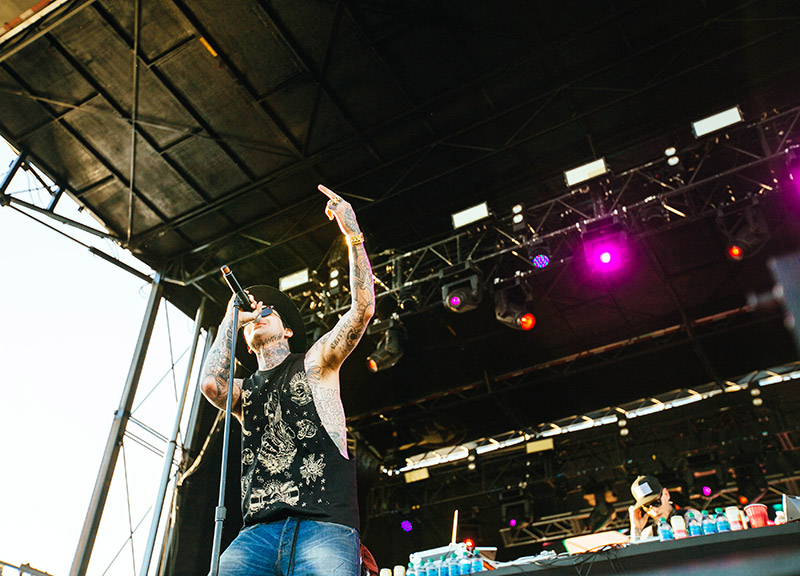 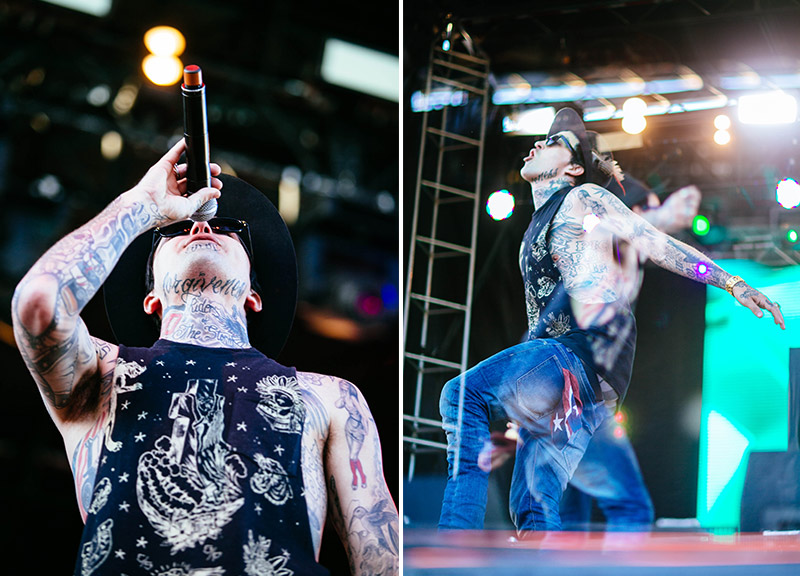 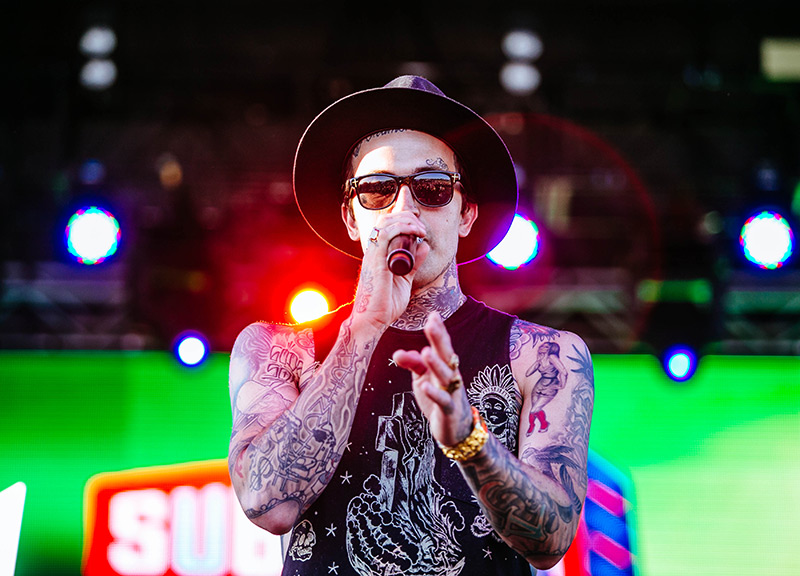 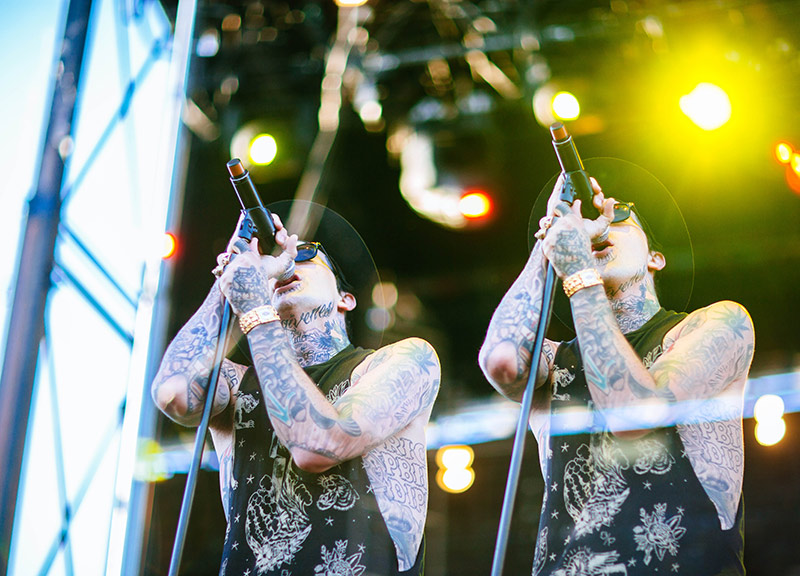 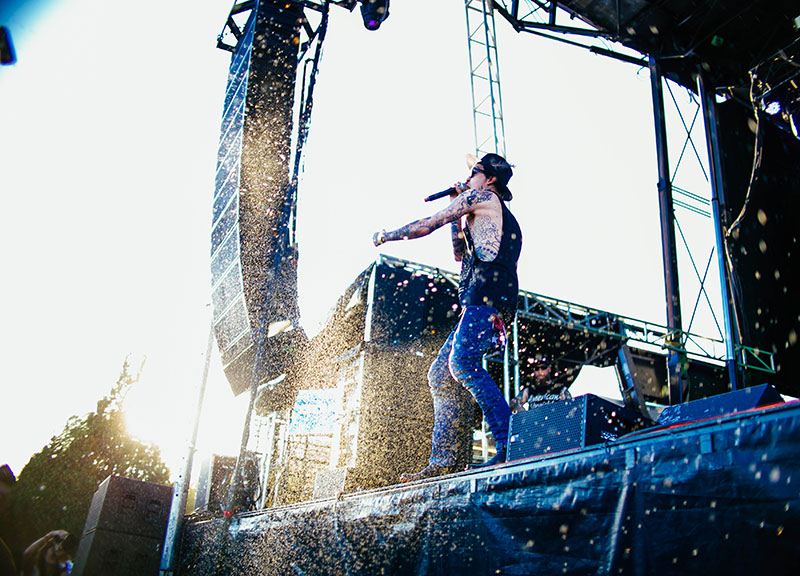 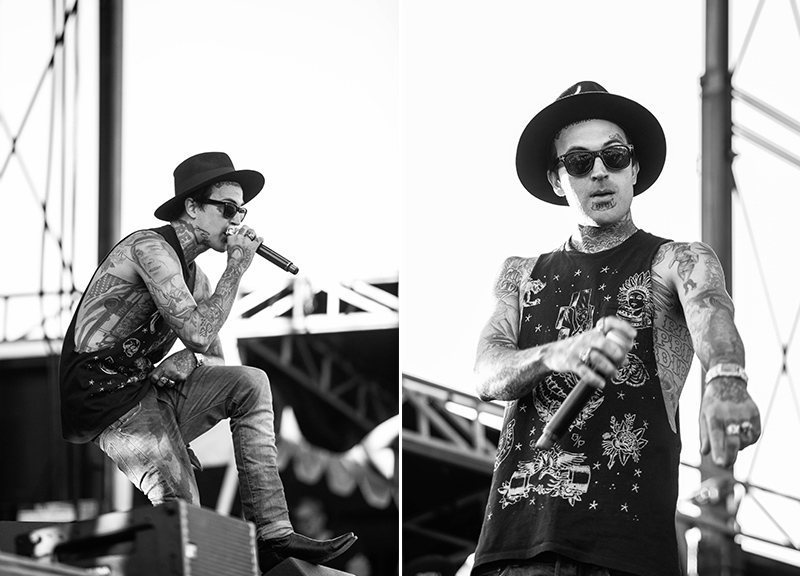 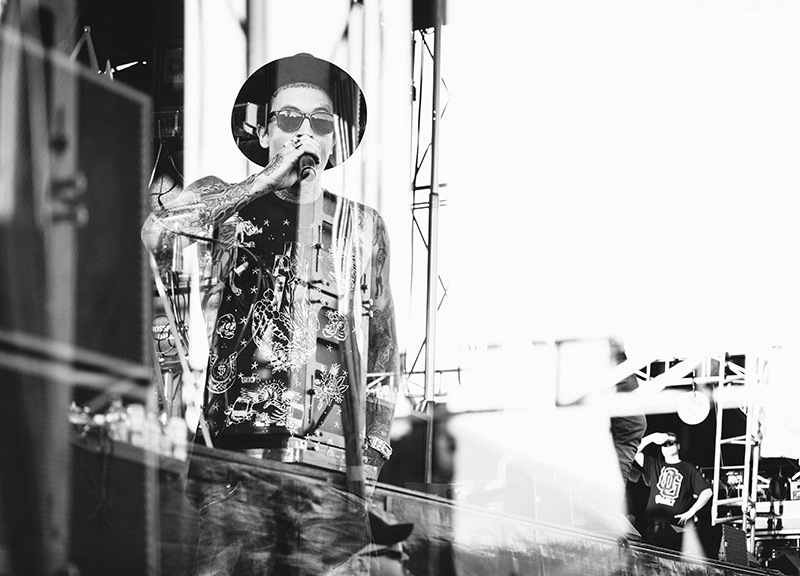 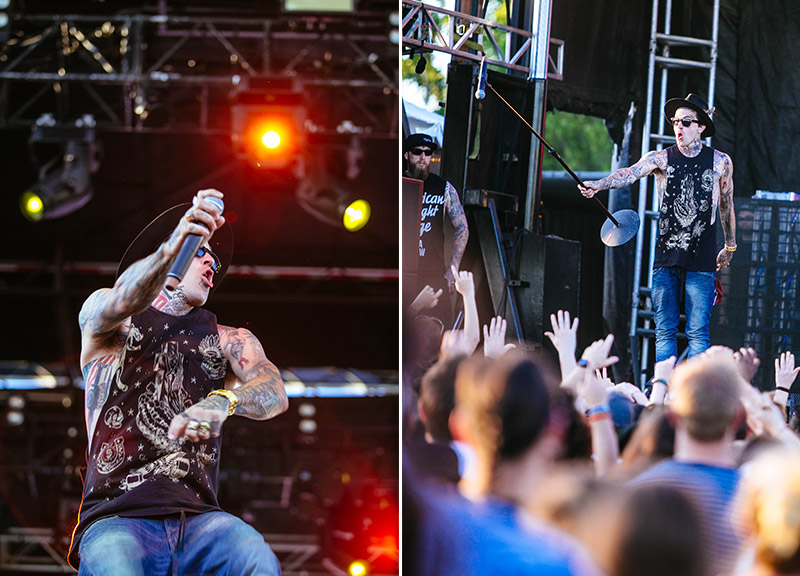 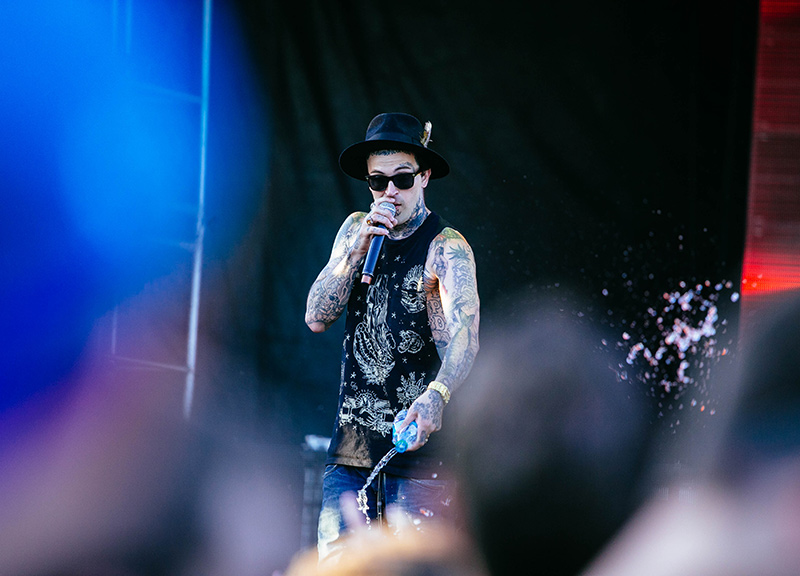 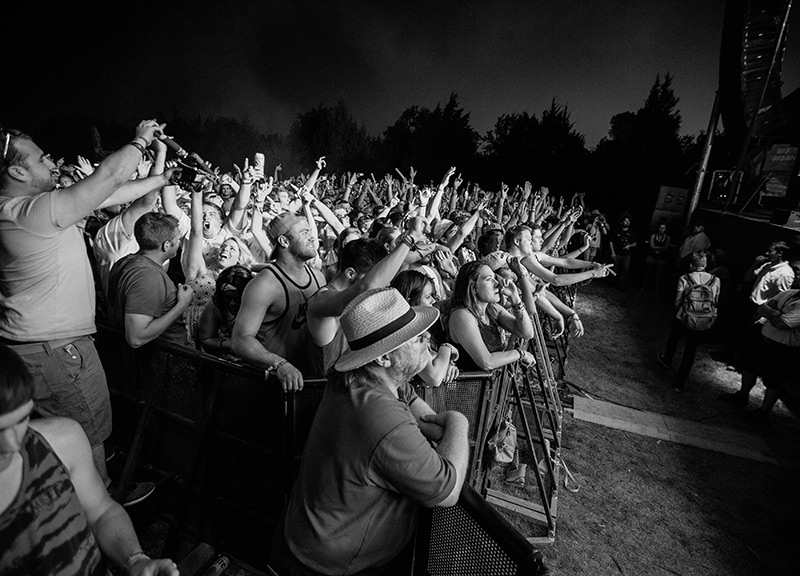 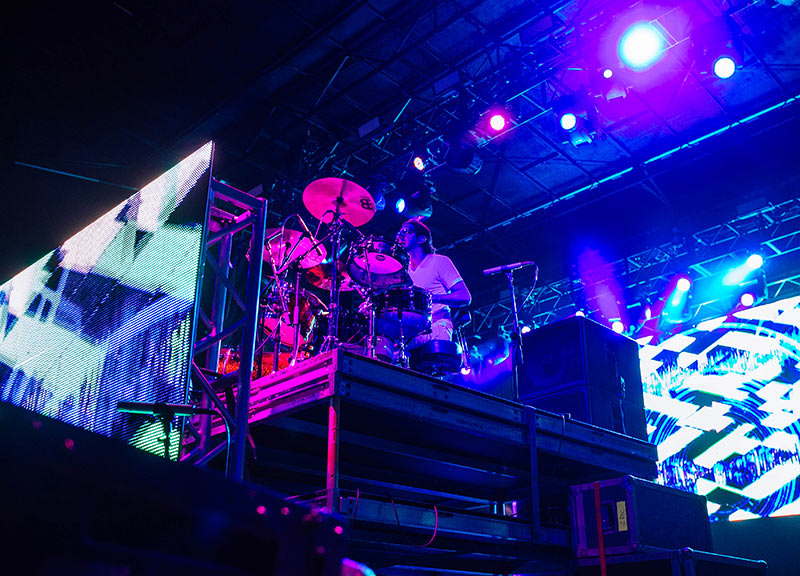 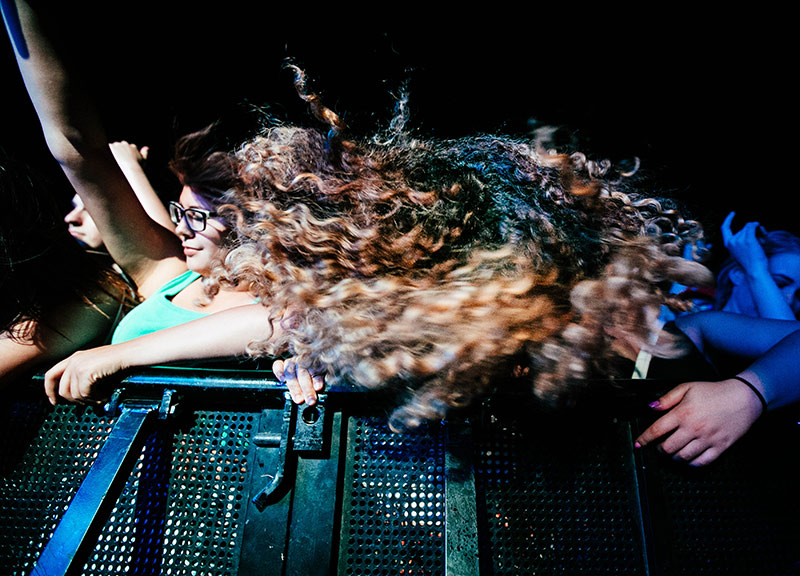