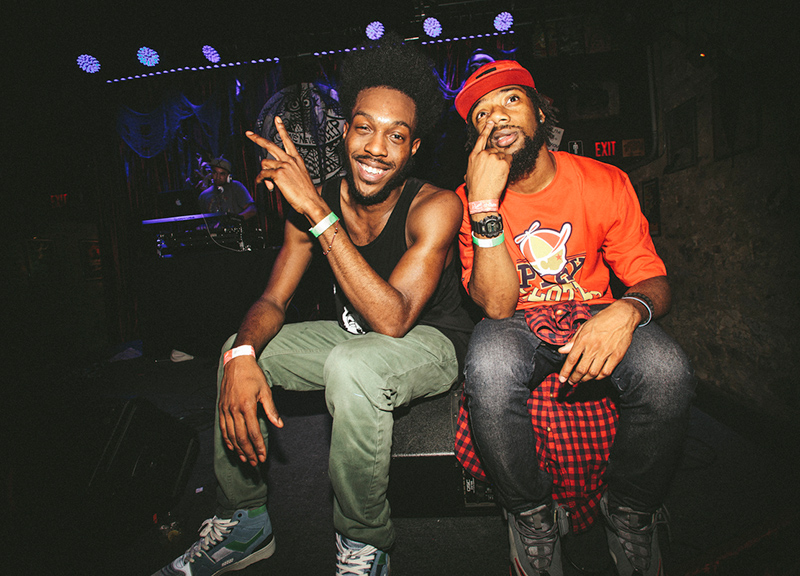 Saturday.
2:05 p.m.: Today, while watching Moonbather try to kick off the day’s festivities, I learned that computer bandmates aren’t as reliable as human ones. — Cory Graves

2:11 p.m.: Daniel Markham’s set over at the KXT Stage is so drowning out Moonbather. I guess I was wrong about that whole having-to-choose-between-the-two thing. — CG

3:13 p.m.: After such a long set-up, I’m starting to wonder if Mother Falcon’s set time will be comprised of more songs or sound-checking. — CG

5:03 p.m.: Foxygen put out maybe my favorite record of last year. Too bad its frontman is one of the most obnoxious humans on the planet. — CG

5:20 p.m.: It’s damn near impossible to sound “just like the record” on an outdoor stage. And yet, here’s White Denim, sounding as perfect as ever. — CG

5:35 p.m.: Is there any question that White Denim is the most tasteful “jam band” on the planet? — CG

6:04 p.m.: Is it even possible to “recycle” cigarette butts? They’re doing that here. I have no idea what it means, though. What could they possibly be doing with all these freezer bags full of old cigarettes? — CG

7:15 p.m.: I hear the day started out pretty warm, but at this point, it’s pretty nice out as The Get Up Kids dive headlong into their pop-punk set from days gone by. Frontman Matt Pryor, to his credit, seems to understand his band’s role in this fest: “Look at you,” he says, addressing his crowd. “Look at us! We’re all so old! We’re the nostalgia act!” — Pete Freedman

7:45 p.m: Speaking of nostalgia, The Get Up Kids are covering The Cure’s “Close to Me.” So many dudes in their 30s are loving the hell out of this set. — PF

8:20 p.m.: Dawes is playing the stage around the corner from where the Get Up Kids were playing, and they’re sounding pretty great. There’s a better view of downtown from this side of the festival grounds, too. Technically, it’s the KXT Stage. It should be the Grainger Stage, though, with how that building’s logo looms, shining through from behind the stage curtain. What a missed sponsorship opportunity by the Index team. Or, rather: What a great move by Grainger to run a business next to a vacant lot! (There’s no way they’re that smart, right?) — PF

8:25 p.m.: Some people are sitting on the dead grass, watching Dawes from the back of the crowd. It’s romantic, maybe? It’s a nice view, for sure. But the Spune-centric sound of Dawes isn’t for everyone: “They should be call Blahs,” my friend says before bailing for the nearest bar. — PF

8:30 p.m.: Dawes is playing “When My Time Comes.” It’s their breakthrough single, and easily one of the five best songs ever that reference that one Friedrich Nietzsche quote about abysses. Another friend of mine saunters over to dismissively observe aloud that this band made a lot of money off of commercials with this song. I laugh as the band goes silent and allows its crowd to sing the song’s chorus for them. I motion toward this impressive moment. He shrugs. “This is just Jackson Browne,” he says. “This is white people music.” He’s not wrong, but still: My friends are assholes. — PF

8:55 p.m.: Spune’s not releasing any figures, but, just based on the eye test, I’m guessing that there’s probably more people here than in previous years. That might sound weird to those who’ve never been to Index before — these grounds are far from overrun with people. But you can fit two or maybe even three Trees parking lots into this space, I’d say. So, yeah, if you moved this crowd over to behind Trees, it would be crazy packed. The way the sound bleeds between these stages doesn’t seem to be ideal, though. That’s something I’ll keep an eye on. — PF

9:00 p.m.: Vaguely Christian overtones aside, Mutemath’s pretty fun. Their drummer is a machine, their music is peppy and their frontman is riding atop the audience on a mattress. Mutemath’s got spunk, folks! They got moxie! Also, ZipCar has a booth here. Welcome to town, you guys! — PF

9:30 p.m.: Outside of Prophet Bar, some all-day festival attendees lament their worn-out shape. “What should we do?” one asks. “We should just get super fucked up,” a friend responds. The entire group shrugs. These people are not in their 20s. — PF

11:00 p.m.: Over in the Prophet Bar’s big room, Wild Party’s lead singer looks like he’s 12. Me? I’m old. But all of his youthful energy is on display, which has the crowd moving. It’s good stuff — think Passion Pit minus the computers and high-pitched vocals. There’s a laughably small amount of people watching this show, but they’re all loving it. Definitely one of my top three Index Fest discoveries. — Colin Alsheimer

11:11 p.m. It’s true: I adore Wild Party. Have for years, really. I really think they’ve got something. They’re fun to sing along to, fun to dance along to. They’re just a rad pop-rock band with super catchy vibes. Unfortunately, their long-time-coming debut keeps getting delayed and delayed and delayed and delayed and delayed. Which explains why there’s only like 70 people here. No matter. Everyone’s rocking out, including a friend of mine, who’d never heard the band before she accidentally stumbled into this set. “These guys are fucking amazing,” she says, running up to me and digging her claws into my arm. I’m saying! — PF

11:49 p.m.: There are definitely people watching this Horse Thief set that think they’re seeing Wild Party and commenting on how this psych-folk sound isn’t what they expected. Apparently they don’t realize there are two stages in this venue. — CA

Click here to read along as our running diary recap of Index concludes with shared experiences and overextensions! 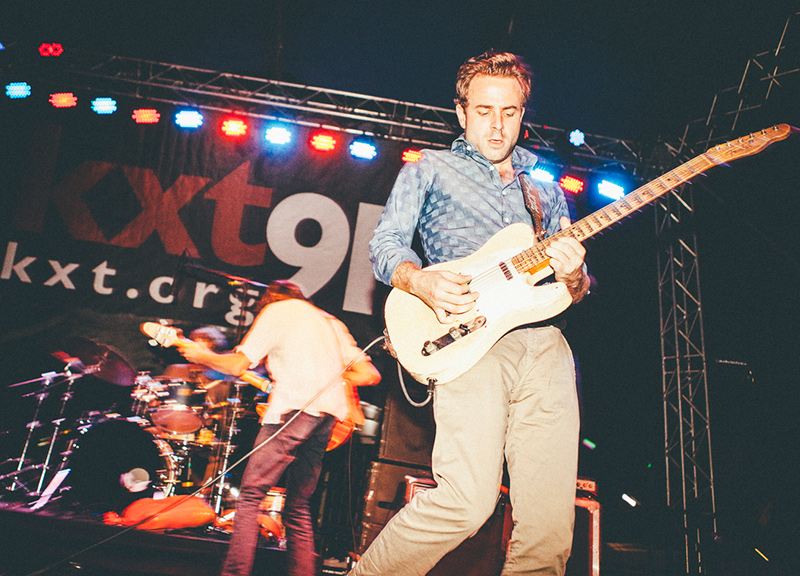 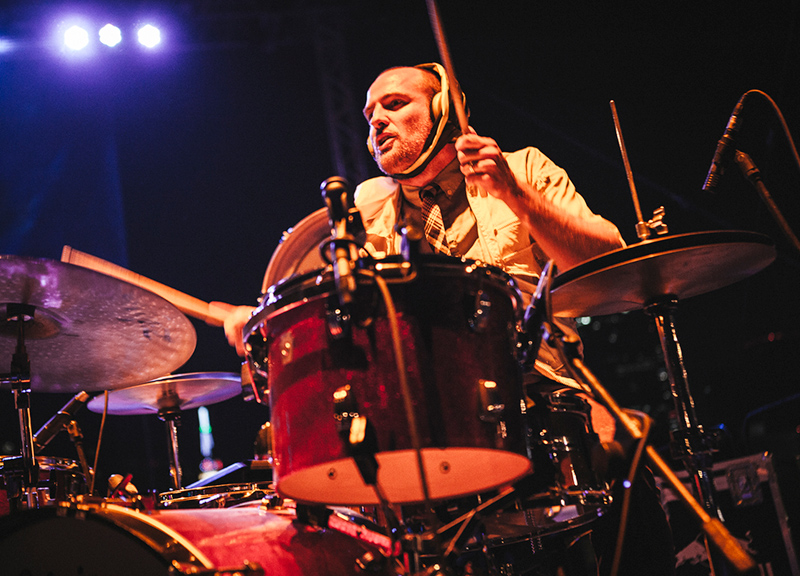 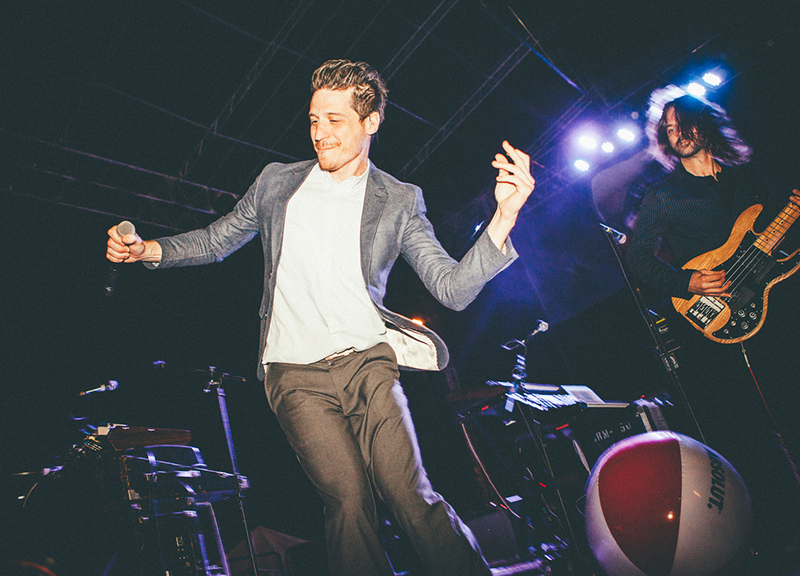 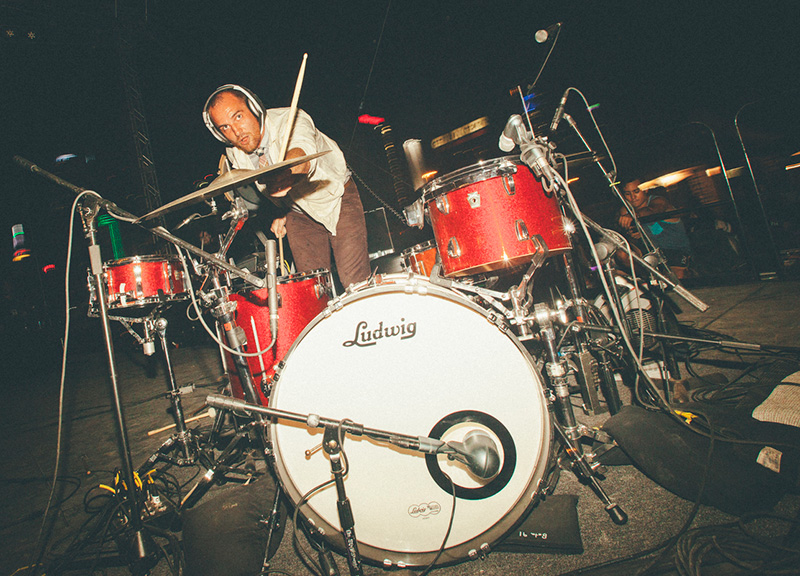 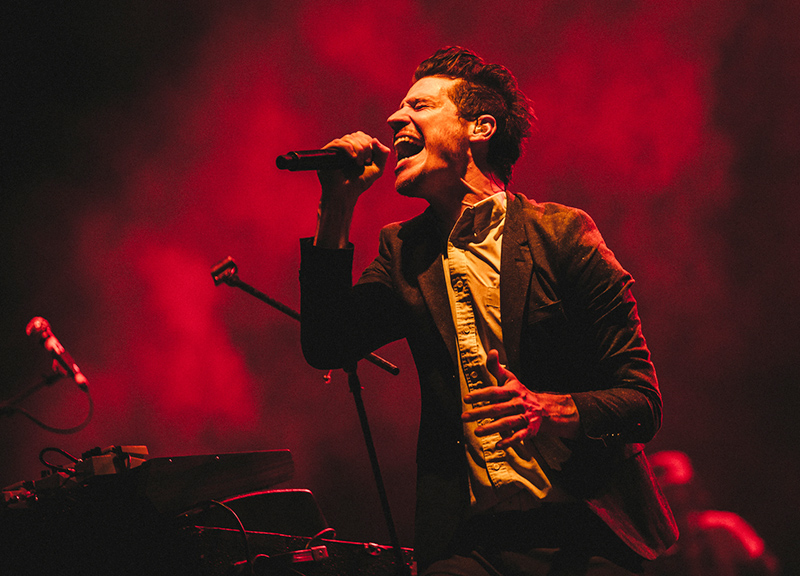 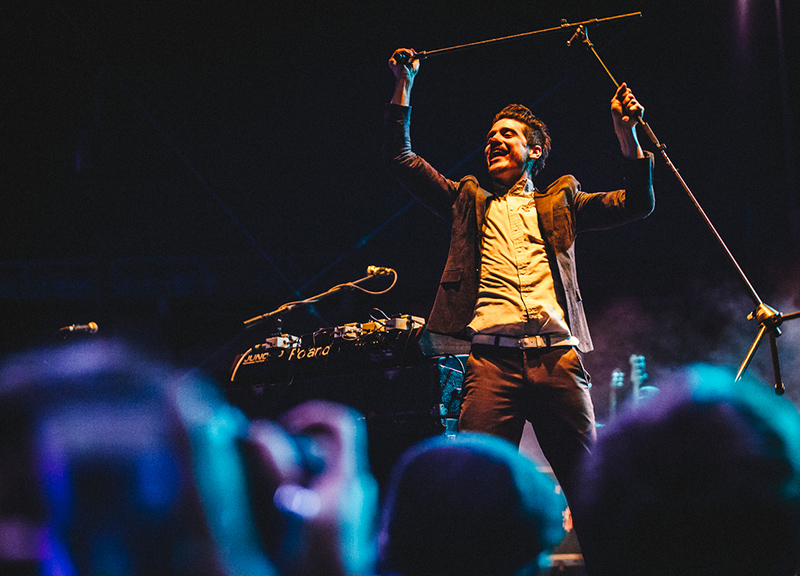 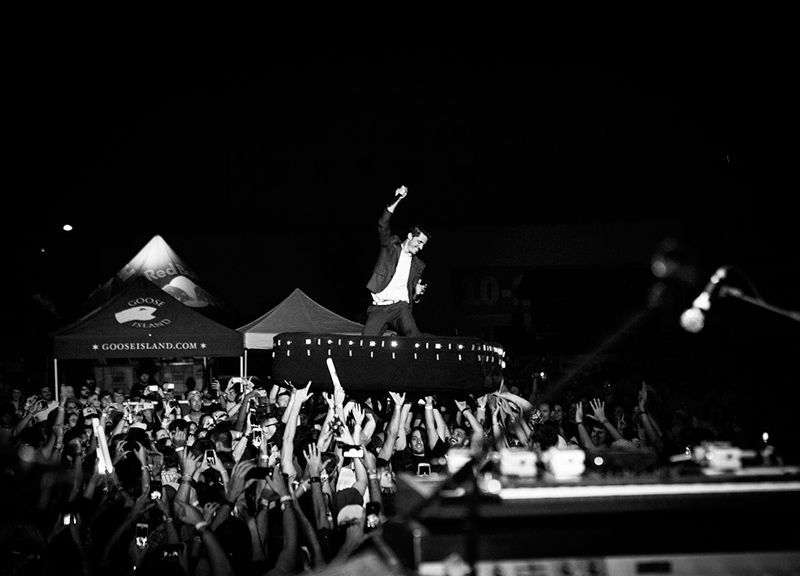 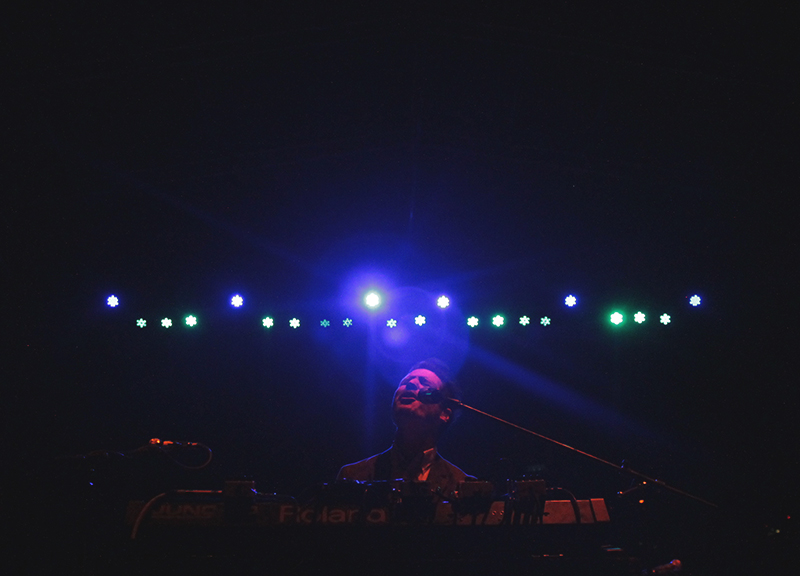 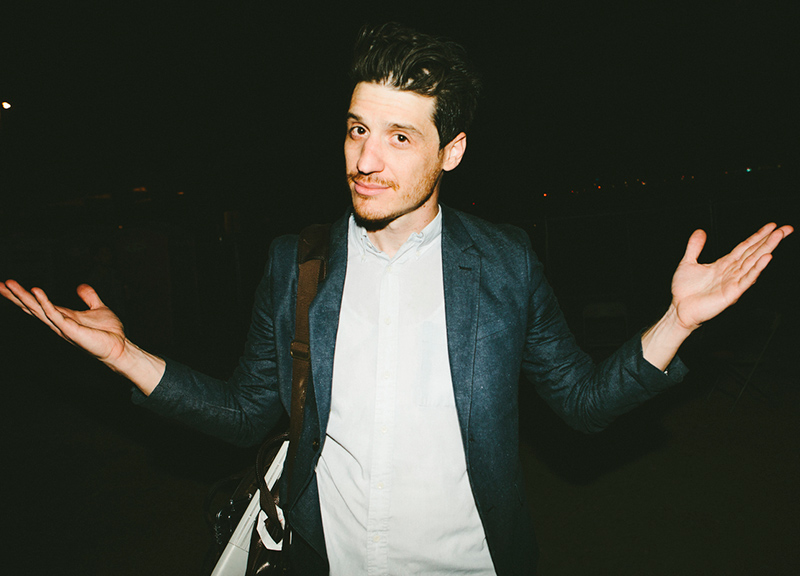 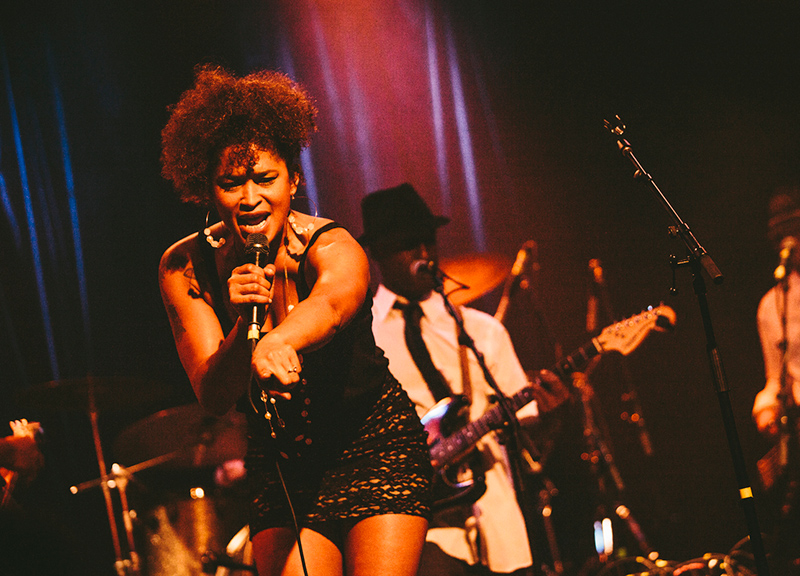 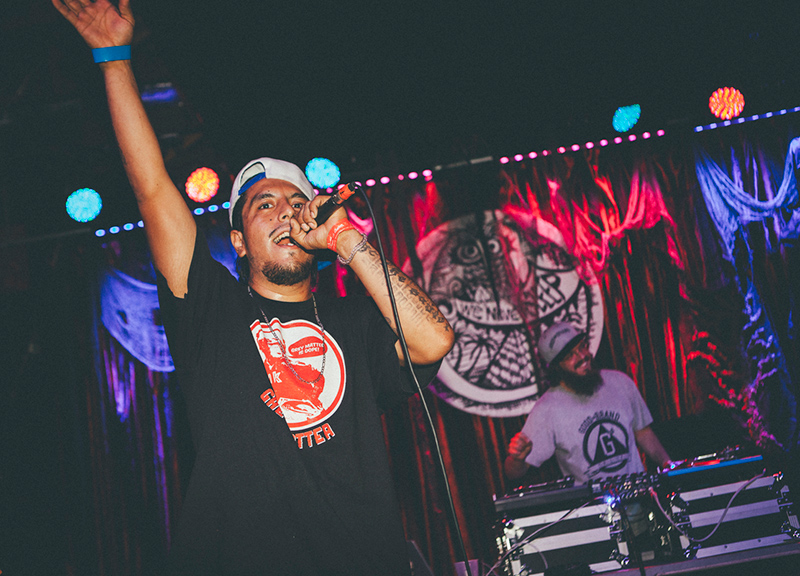 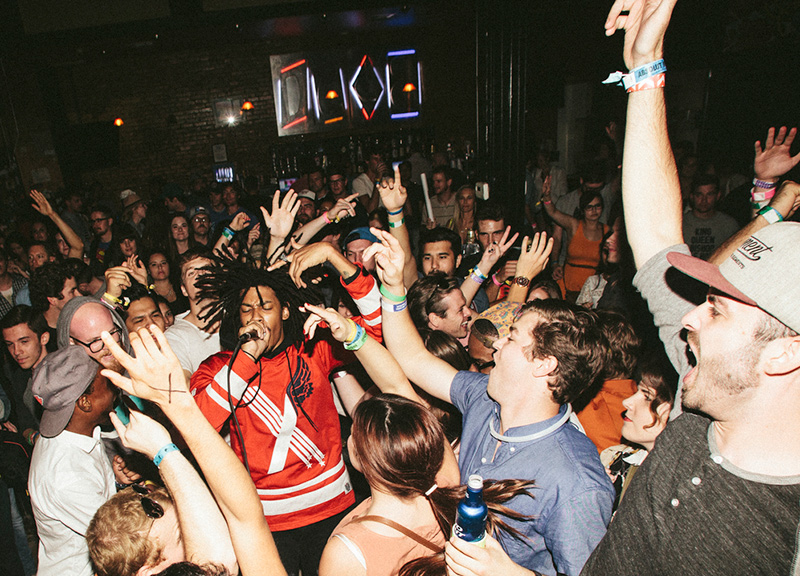 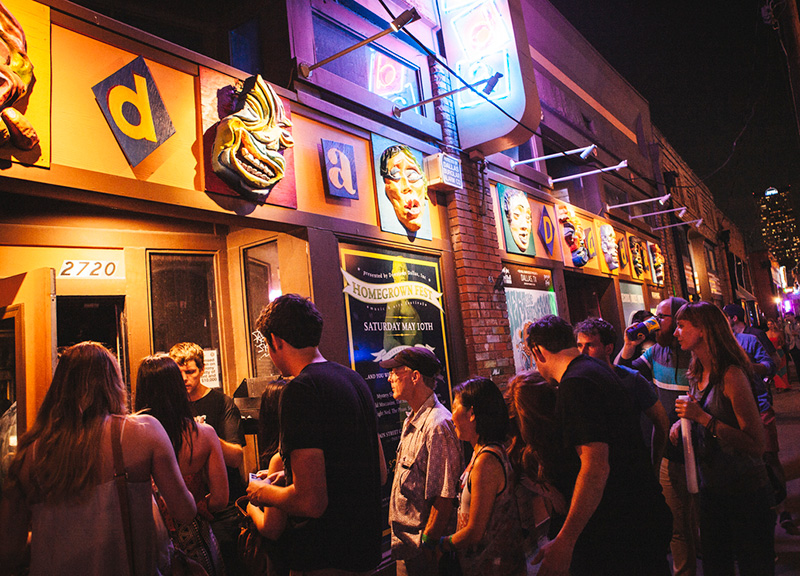 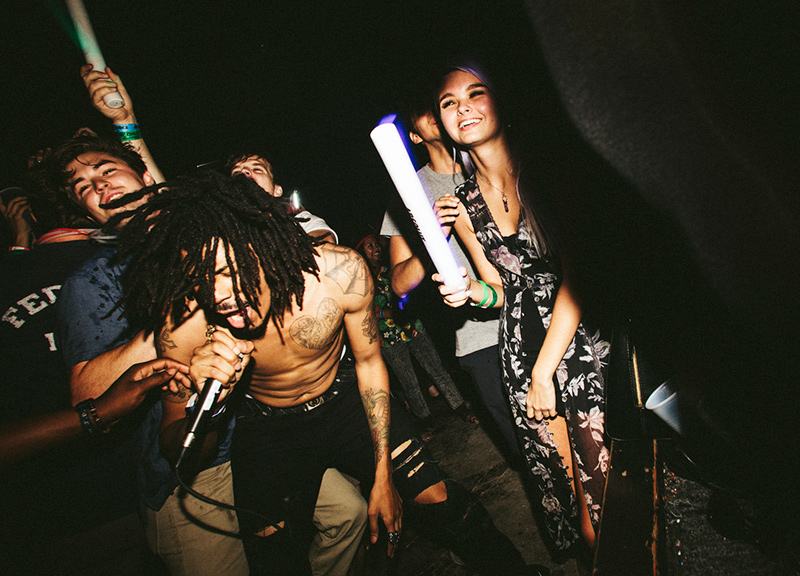 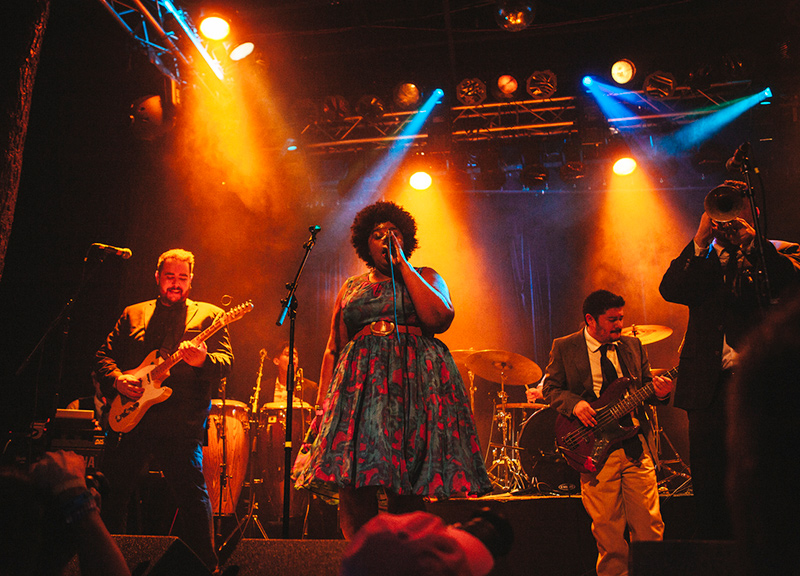