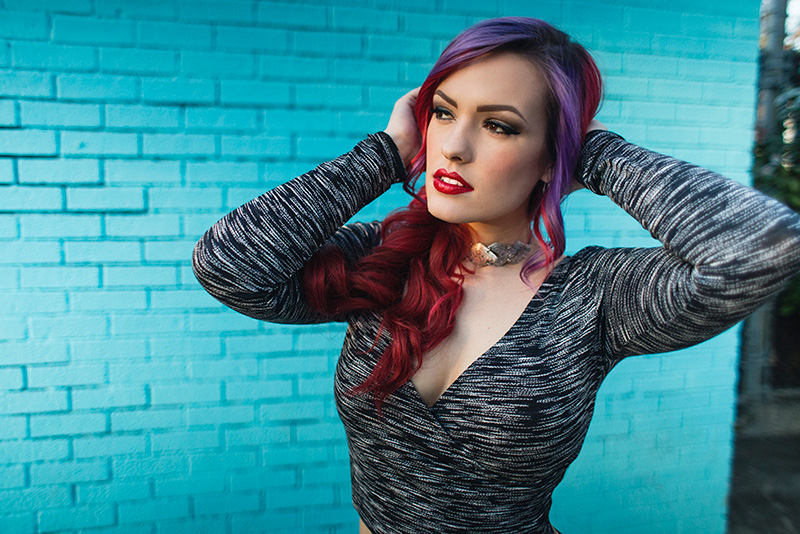 Denton’s Kaela Sinclair Is Now A Member Of M83.

Two days after M83 premiered the first single from its new Junk LP, the North Texas music scene just got some even more killer M83-related news.

Earlier today, Denton pop musician Kaela Sinclair dropped the bomb that she has been asked to join the band as a touring keyboardist/singer for its upcoming tour.

Next week, Sinclair will head to L.A. to begin rehearsing with the French electronic band for its upcoming tour, which includes stops at Coachella, Red Rocks Amphitheatre, Governor’s Ball and Bonnaroo (to name a few) before hitting Europe and Asia. More immediately, she’ll be back in town when the second stop of the tour rolls through The Bomb Factory on April 8, the same day the Junk LP drops.

Somehow, the recently gone-viral Sinclair also notes on her Facebook page that she’ll find time to release an album of her own later in the year, and announce an opening slot on a yet-unannounced big-name tour.

As far as how she landed the gig, M83’s official account says that Kaela’s video was chosen among hundreds of entrants to an open video audition, and that as soon as the band’s Anthony Gonzalez heard her, he knew she was the one.

Thank you to everyone who sent in their videos to audition to sing with me on tour! We had hundreds! It was really…Posted by M83 on Friday, March 4, 2016

Guess that answers the “Who got next?” question.