Check Out Off The Record, The Bar-Meets Record Store That Opened Next To Club Dada on Tuesday Night.

On Tuesday night, the team behind Club Dada and City Tavern opened to the public its latest concept, a bar-meets-record store located inside of Dada’s old green room space — a room that three years back, few will recall, served as the home to a short-lived, failed arcade game and billiards concept called The Red Door.

But this idea, called Off The Record and launched in conjunction with Good Records, seems to have far more promise than that last one. If nothing else, the new Deep Ellum spot’s largely curiosity-driven, opening-night attendance certainly outdrew the numbers that The Red Door ever boasted on its best nights.

And there’s good reason for that. For one thing: “This is not a mancave,” said Dada, City Tavern and Off The Record owner Josh Florence with a laugh on the night of his newest spot’s official opening. “This is a real bar.”

But it’s much more than that: Off The Record is indeed a watering hole — a chic, concrete bar top-adorned one featuring some 24 taps of craft beer (as opposed to Dada’s meager six) and a cocktail menu featuring gin and whiskey drinks, among others — but, with its opening, it also immediately slides into the position of being Deep Ellum’s preeminent record store of the moment thanks to a supply of some 1,300 vinyl records currently being supplied by Lower Greenville’s Good Records and available for both perusal and purchase from four stands located toward the shotgun-styled space’s back.

“We’re going to try to have 4,000 to 6,000 records here,” Penn says of his and Florence’s eventual plans for the permanent pop-up record store space in the back of the room.

“The partnership with Good Records, I mean, that’s the whole deal,” Florence says before describing Off The Records’ selection as a “microcosm of Good Records,” boasting everything from the latest indie must-haves to classic discs from Jimi Hendrix.

In fact, while Florence and co-owner Phil Coward always planned to once again reopen the vacant space into a bar at some point, it wasn’t until a recent moment of clarity regarding a lack of proper record-buying spots in Deep Ellum that the full concept came into place.

“It was right around Coachella,” Florence recalls, “and Phil was talking about wanting to head up to Good Records to buy the new Future Islands album. We just stopped what we were doing and said, ‘Wouldn’t it be great if there were a record store in Deep Ellum?'”

And so the idea to turn their bar concept into something greater — and something that few others around the country appear to be trying (well, outside of Portland) — came to pass.

“The bar has always been a goal,” Coward says. “It’s a seven-day-a-week operation, which Dada isn’t. From a revenue standpoint alone, that makes sense. Dada’s doing great — we’ve been doing it for three-and-a-half years now — but we’re not going to be able to be having shows over there every night of the week.”

Off The Record, on the other hand, gives this ownership group a daily facility with which to experiment. It helps, too, that it’s a sharp-looking one: Exposed brick lines the inner walls, free-hanging lightbulbs that drop down from the ceilings, subway tiles line the bar’s backsplash, a separate-from-Dada patio has been built out back, and, most most hilariously, a Christopher Walken portrait has been painted onto the door or the beer-holding walk-in (or Walken as it were).

“It’s a work in progress,” Coward says, noting the elements yet to be installed. “We’re still tweaking a lot of things.”

Among those things: some added paint outside and along some of the walls, Coward says; a firm stance on how the interplay between Dada and Off The Record will work out when Dada’s hosting shows, says Florence; and, adds part-time Dada talent buyer Moody Fuqua, what to do with that up-front stage, which, for now, the ownership anticipates being used on a near-nightly basis for DJs of various sorts.

All the same, one thing is for sure: The bar, which will open on a daily basis at 4 p.m. starting on Wednesday, seems ripe to draw in plenty of patrons — people who are curious, if nothing else, about the business model and who maybe want to take a gander at the selection in the back and perhaps add a a slice of vinyl to their bar tabs.

And there were encouraging signs of that being a real possibility: On opening night — one not even really announced to the public — it only took about an hour before the first such vinyl purchase happened.

Which record was bought? Portishead’s self-titled sophomore LP from 1997.

Hey, some investments — like, say, deciding to open a record store inside of a bar — are no-brainers. 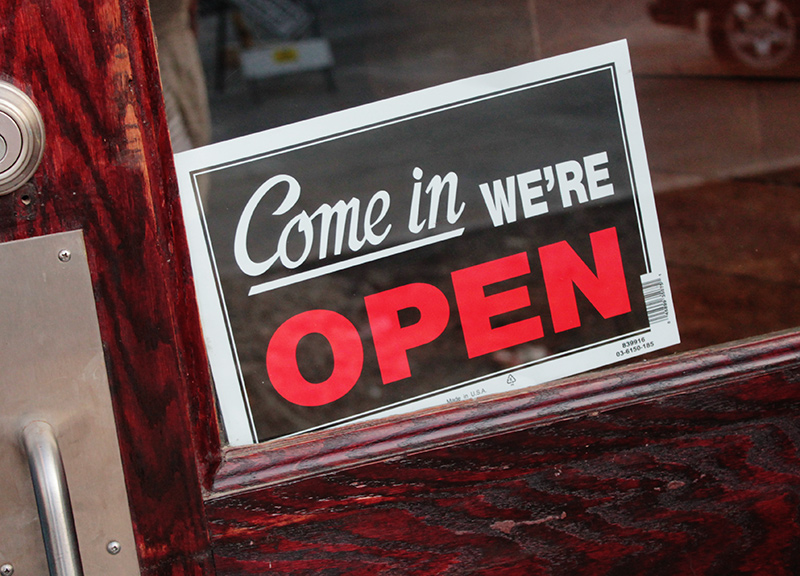 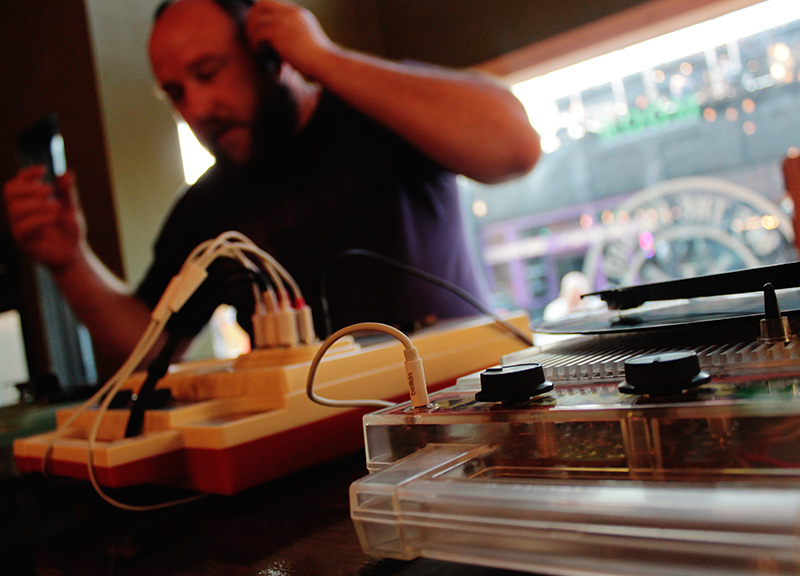 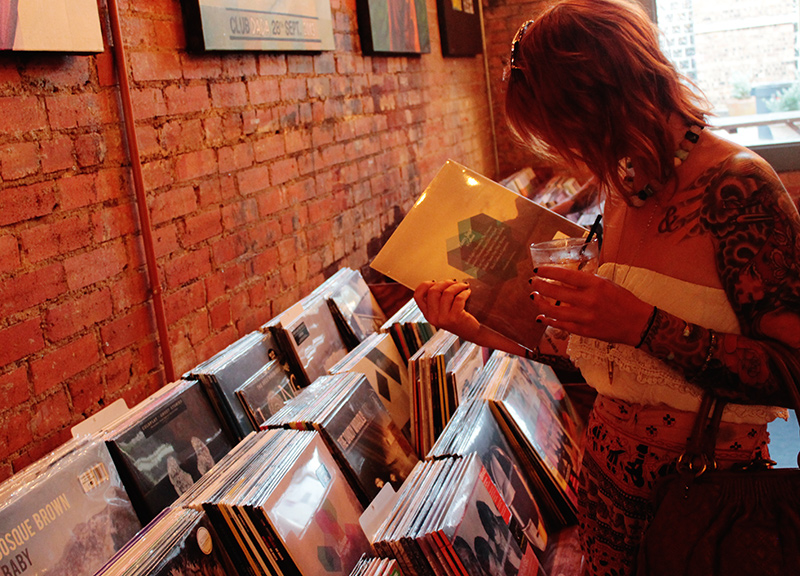 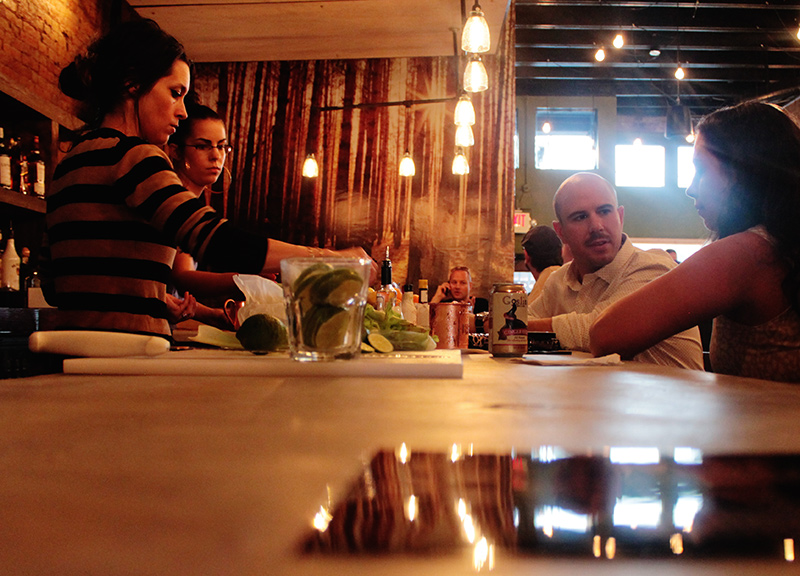 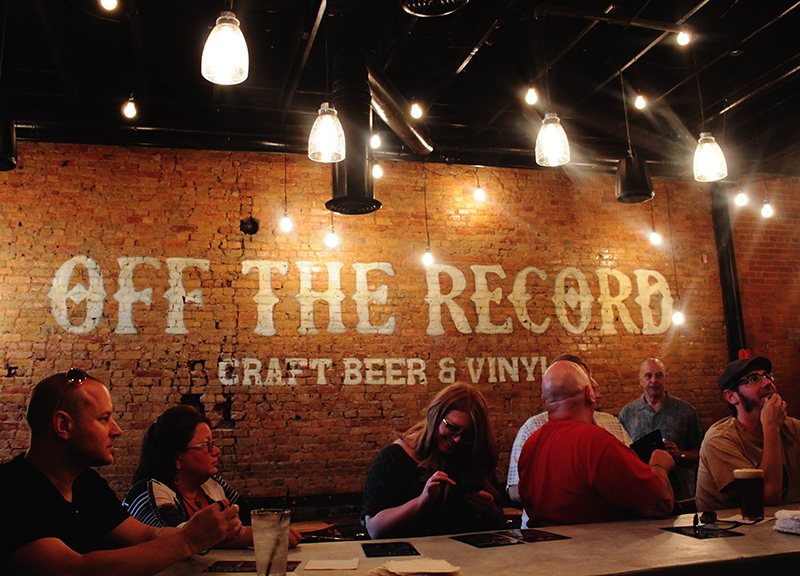 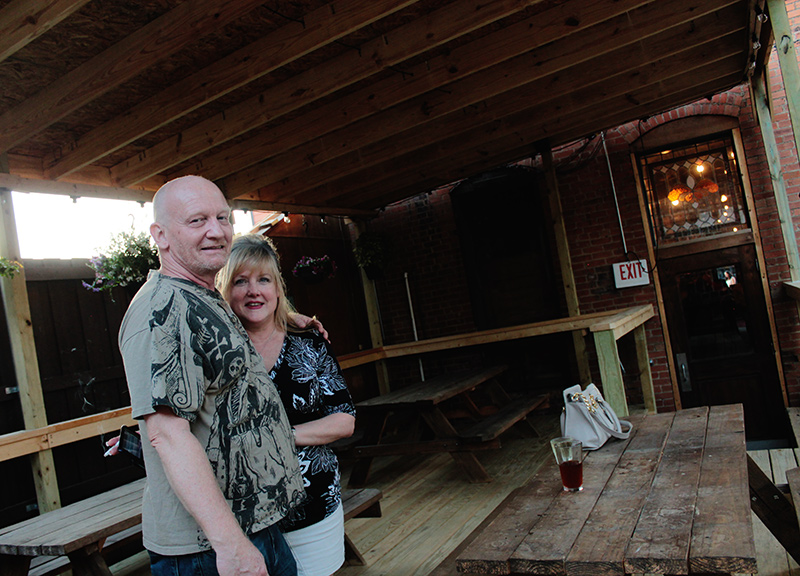 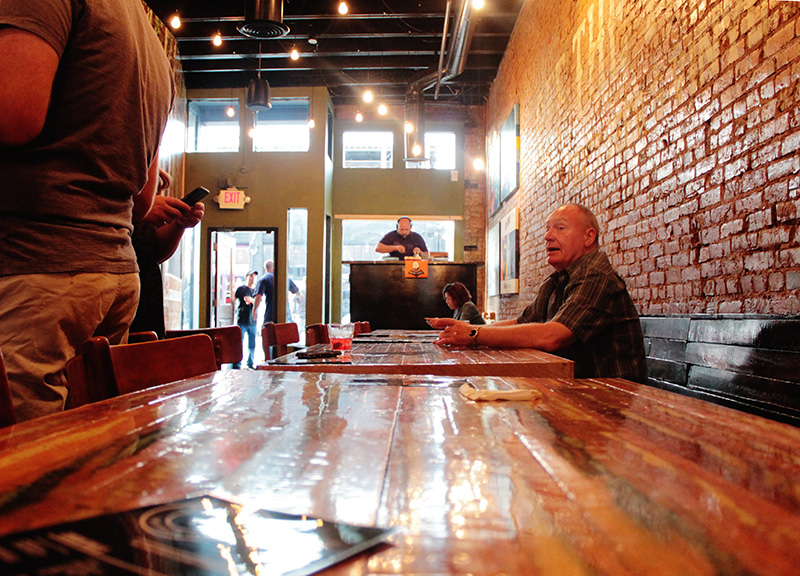 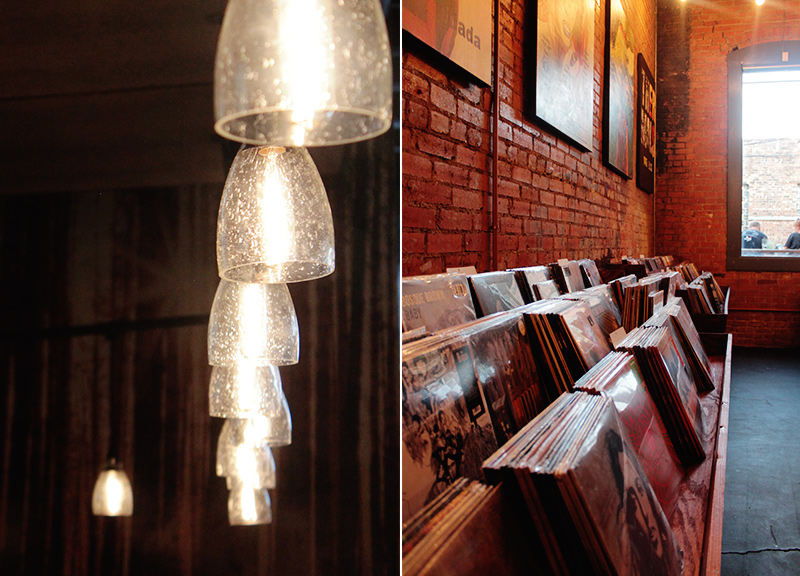 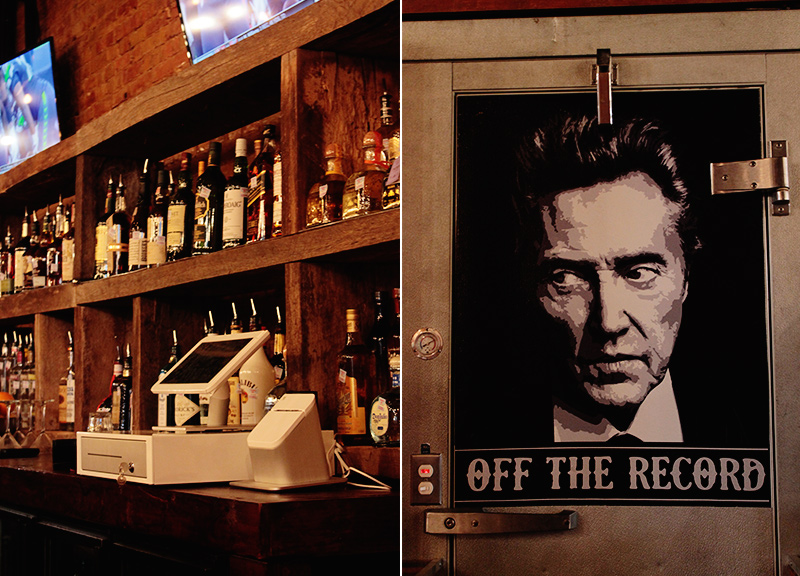 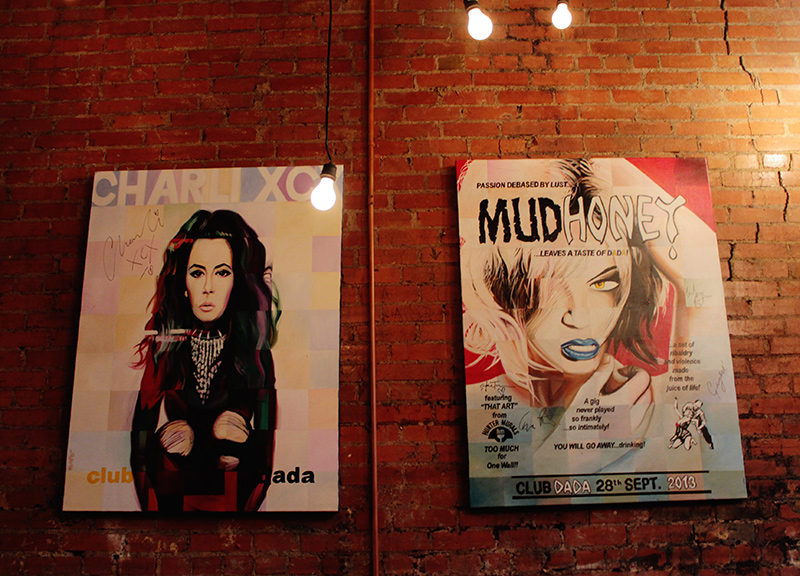 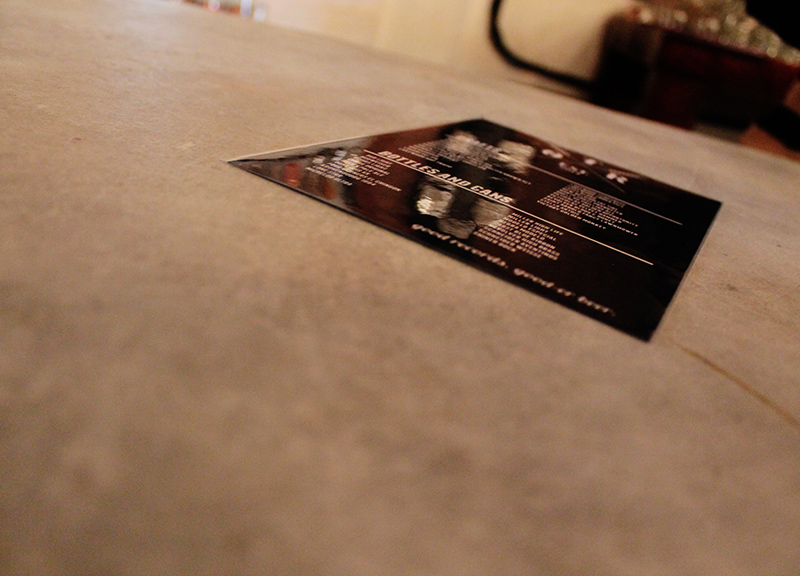 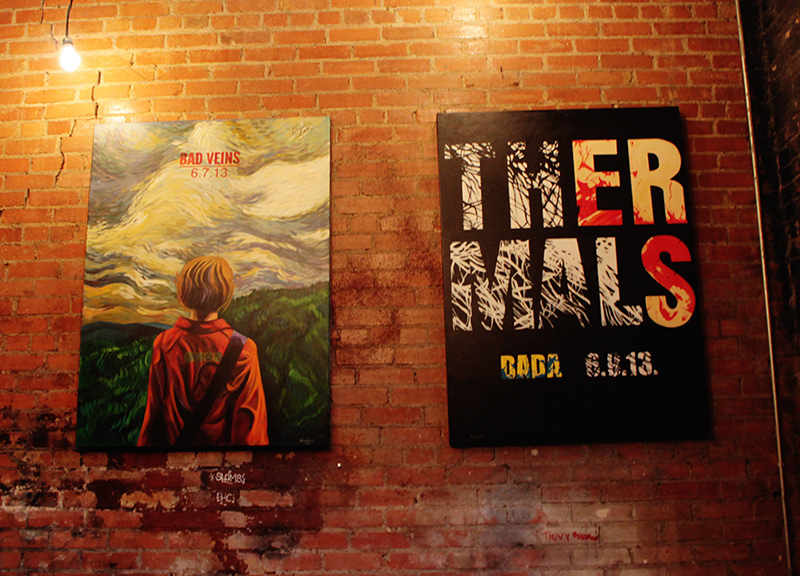 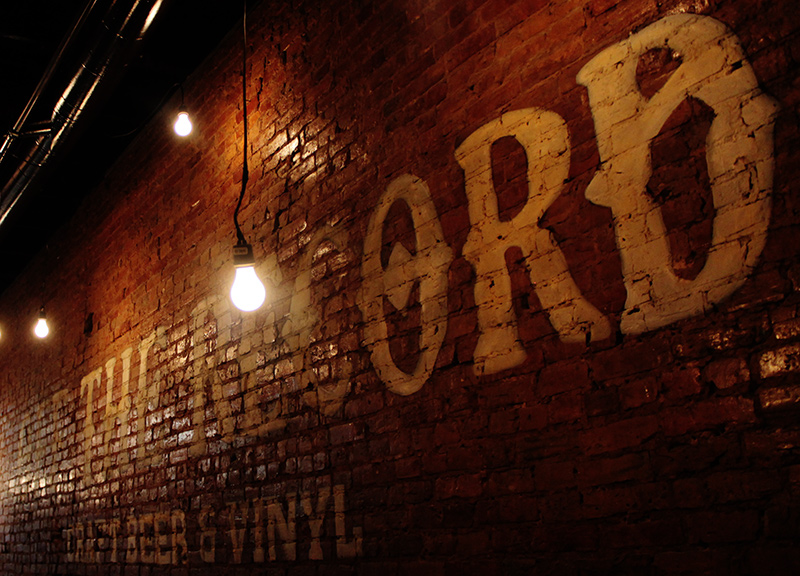 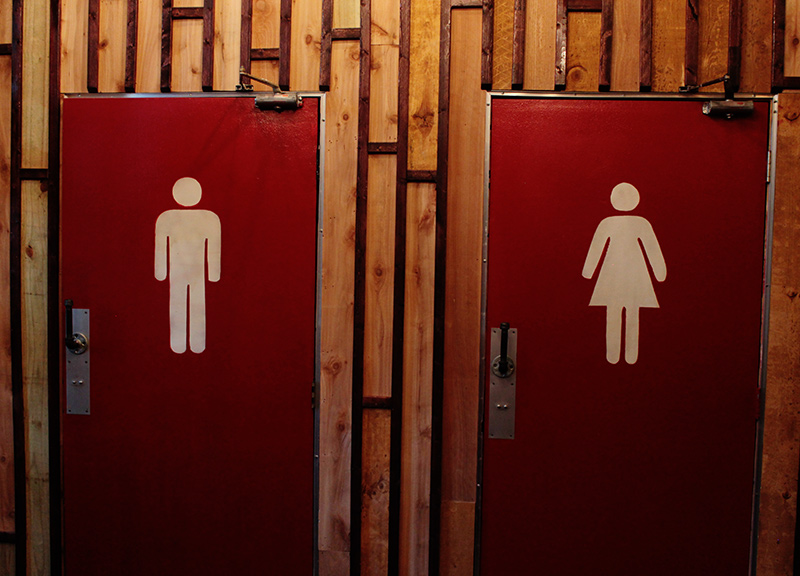 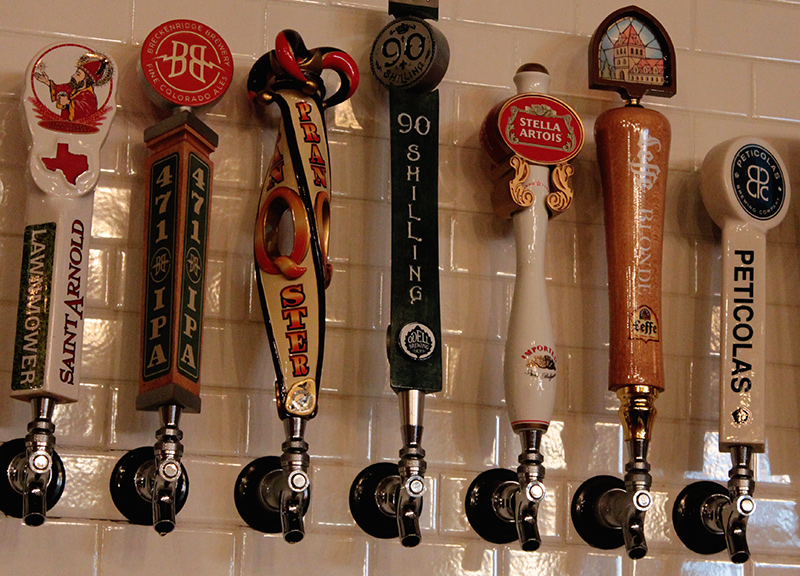 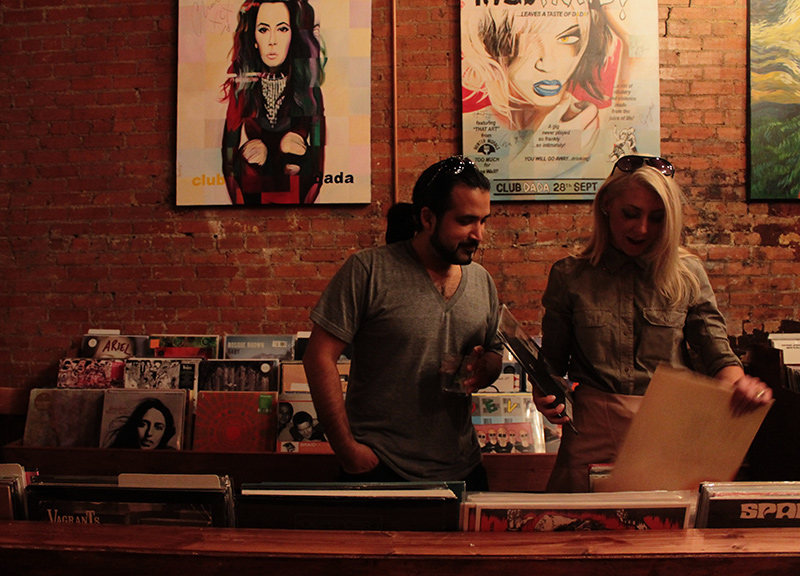 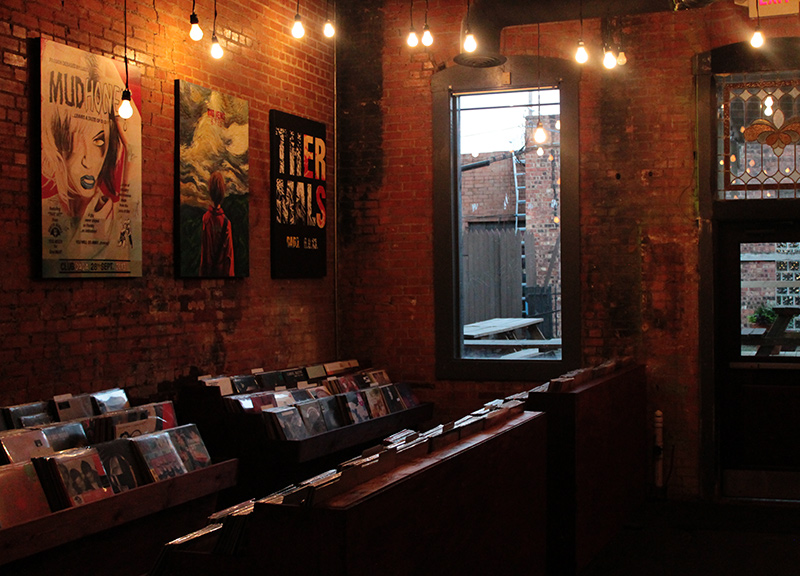