13 Times Dallas Acts Have Been Sampled In Other Songs. 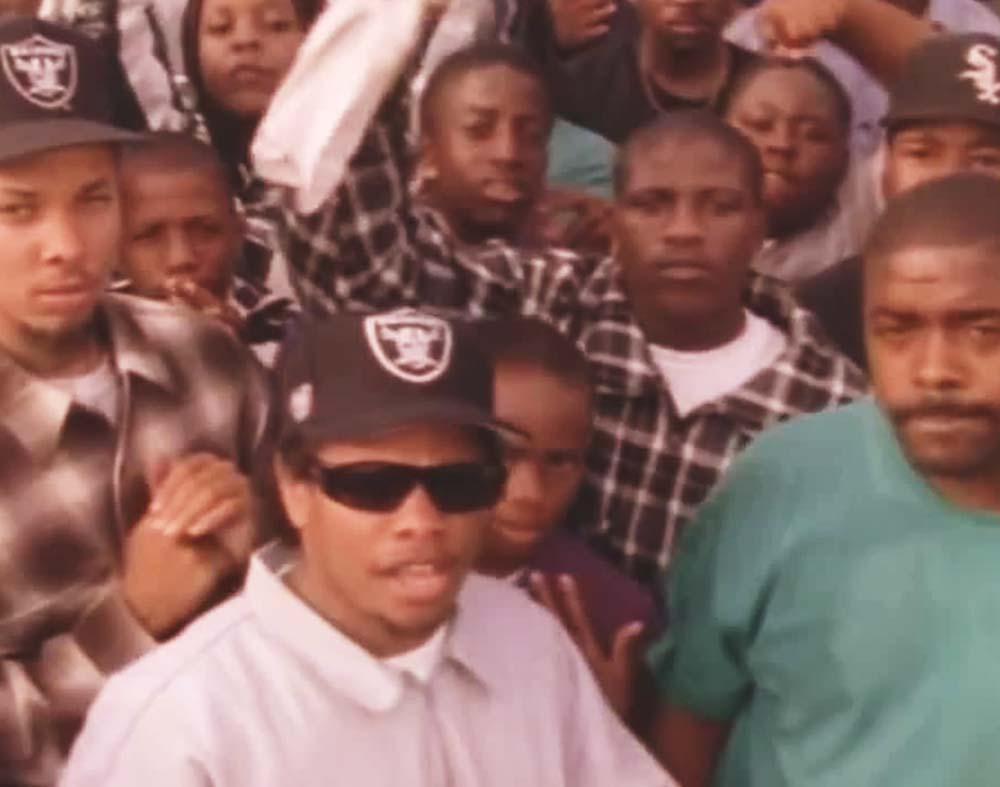 Eazy-E, Kendrick Lamar, Kid Cudi And Childish Gambino Are Just A Few Of The Big-Name Acts Who’ve Sampled Dallas-Sprung Artists Throughout The Years.

There’s not a single piece of Dallas music that deserves sampling recognition on the level of the “Amen Break,” which just so happens to be the most sampled drum beat of all time, but that doesn’t mean some major acts haven’t borrowed a snippet or two from some of our region’s homegrown talents.

Take a look at some of the songs sampled by such artists as Fatboy Slim and Kid Cudi, and it’s no wonder that these major artists found inspiration in some of Dallas’ finest talent. There’s just a plethora of it.


Clearly, there’s something to this model.

Here we take a look at some other acts that have employed Dallas samples in their songs. It’s by no means a comprehensive list — that task would prove nearly impossible. This is just a collection of some of the more notable examples. There are, of course, other ones — like how Madonna has been known to toss in the riff from Pantera’s “A New Level” during live medley performances of “Hung Up.”

I guess you could just say that these ones are our favorites.

Kid Cudi’s “Maniac.”
Sample: St. Vincent’s “The Strangers.”
Background: In 2010, Kid Cudi released Man on the Moon II: The Legend of Mr. Rager. And, though the track wasn’t a single or a hit, “Maniac” did spawn some national attention when it was revealed that Shia Lebouf would direct a short film based on the song.

Brand Nubian’s “Slow Down.”
Sample: Edie Brickell & New Bohemians’ “What I Am.”
Background: Brand Nubian’s debut album, One For All, is consistently heralded as one of the greatest alternative hip-hop albums of the ’90s. It didn’t hurt that one of the album’s most successful singles, which peaked at No. 3 on Billboard‘s U.S. Hot Rap Singles chart in 1991, sampled Edie Brickell & New Bohemians.

Snoop Dogg’s “Wonder What It Do.”
Sample: Boz Scaggs’s “Lowdown.”
Background: The track wasn’t featured as a single on Snoop Dogg’s 2011 Doggumentary, but it did receive the video treatment.

Kendrick Lamar’s “Kendrick Lamar”
Sample: Erykah Badu’s “Other Side of the Game.”
Background: On Kendrick Lamar’s 2011 self-titled song, Kendrick renounced his K.Dot pseudonym and reverted back to his birth name as a means of identifying himself among a sea of newcomer rappers. During the Marlo Stanfield-reminiscent proclamation, Lamar samples Badu’s “Other Side of the Game” from her debut album, Baduizm. Little did Lamar know at the time that he’d be opening up the BET Awards accompanied on stage by Ms. Badu just two years later.

Action Bronson’s “East Bound and Down.”
Sample: Freddie King’s “Going Down.”
Background: No doubt experiencing a bit of a rebirth thanks to its use as the theme song for HBO’s Eastbound and Down comedy starring Danny McBride as a washed-up major league pitcher perpetually seeking a comeback, King’s “Going Down” was also sampled for the intro on Action Bronson’s debut mixtape, Bon Appetit ….. Bitch!!!, which, as with most Bronson efforts, is laced with references to food dishes and sex.

Lil B’s “Connected In Jail.”
Sample: Drowning Pool’s “Bodies.”
Background: Considering how angry the Drowning Pool guys come across and how consistently optimistic and happy Lil B is, it may seem a bit odd that Lil B was able to work the chorus of “Bodies” into a haunting addition with his “Connected in Jail.”

Odd Future’s “Swag Me Out.”
Sample: Big Tuck’s “Not a Stain On Me.”
Background: Odd Future’s 2010 mixtape was made up of a ton of sampled tracks. But the album’s closer — and one of the most ear-catching cuts on the release considering that each member of the large collective has a verse on the over-seven-minute song — is a sample of Big Tuck’s “Not a Stain On Me,” which in turn features a sample from the Beastie Boys’ “The New Style.”