Would You Rather: Invest In Wingstop Or Chuck E. Cheese? 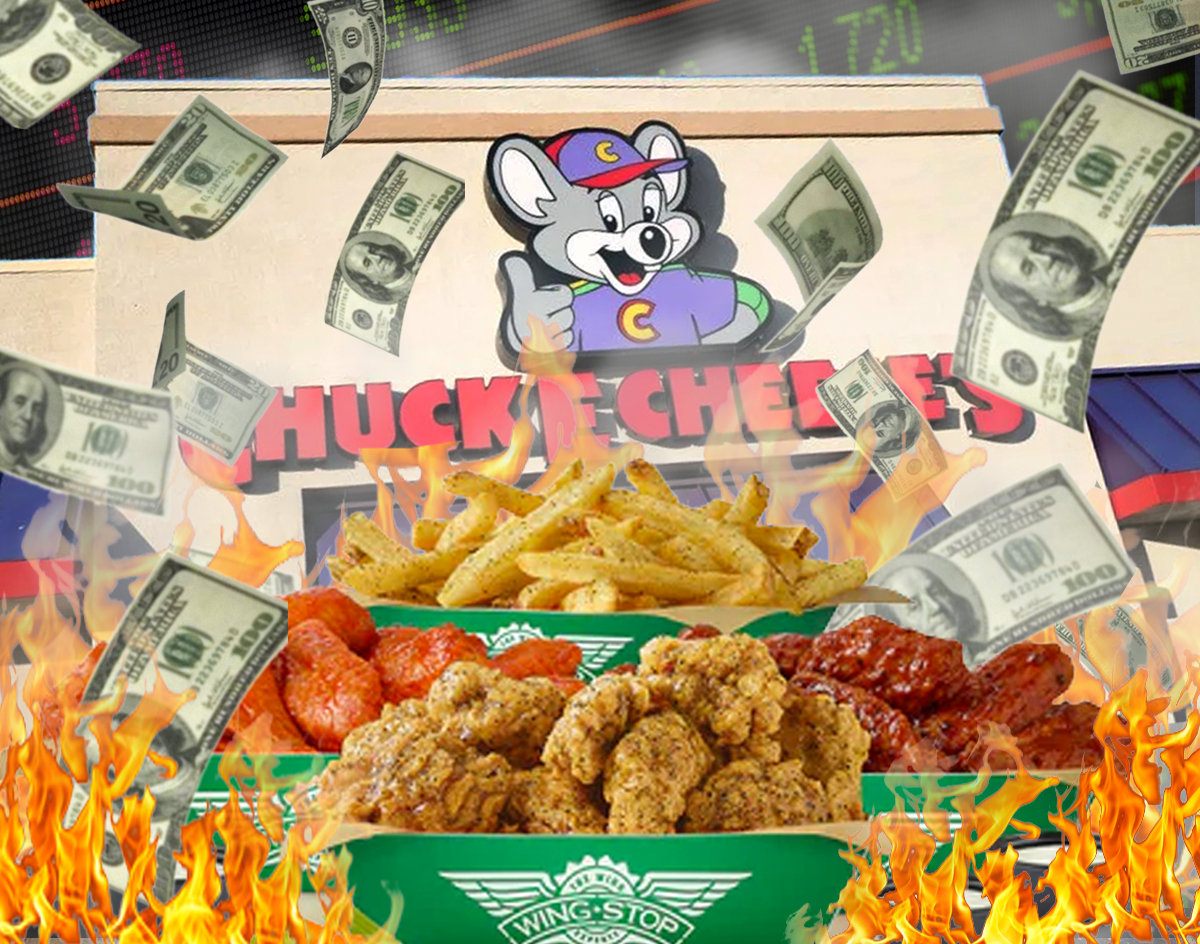 This Week, Stocks In Grapevine-Based GameStop Shook Up The Market In An Unprecedented Short Squeeze. Which DFW-Based Company Ought To Be Next?

Something unprecedented happened this week. Well, perhaps unprecedented isn’t the right word considering the strategy used was pulled straight out of a Wall Street playbook, but it flipped the market on its head, to be sure.

Earlier this week, Grapevine-based gaming company GameStop made global headlines when a short squeeze of the company’s stock caused mayhem across the stock market, causing headaches for mainly the out-of-touch wealthy and their hedge fund managers. GameStop’s stock (GME) went from just under $20 at the end of December to $400 by the first few weeks of January.

This short squeeze was awful news for the now-poor-me class of billionaires that have been implementing this same kind of strategy for years but only for their inner circles. It’s all fun and games until the average working-class Redditor behind the computer screen gets in on it, right?

To illustrate just how out of touch these people are, hedge fund billionaire Leon Cooperman went on national television this week to show his ass by saying the quiet part loudly.

Billionaire hedge fund manager Leon Cooperman is fed up with this attack on “wealthy people” from people “sitting at home getting their checks from the government” pic.twitter.com/0EOU2bmH2V

Let’s be honest, this is some of the best pornography we’ve seen in a while. When you factor in a wealth gap worse than it was during the French Revolution, a global pandemic in a time where basic healthcare is considered a luxury in the U.S., economic shutdowns and a congress so unorganized and greedy they can’t find it in their hearts to cut the working class a check, it makes sense that people of the internet would take class warfare into their own hands.

In retrospect, it was inevitable

If you’re still confused on the origin of this mess, Josh Gross gives some digestible insight into just how exactly a company once thought to be a sinking ship would shake up U.S. economic structures forever. For easier reading, here is a Thread Reader link.

So many folks (esp. the media) are missing the complete backstory on $GME and how we got here.

This has been simmering for over a year and the story behind it is great. I’ve been tracking this since September and devoured all of the details from the origin through today.

In short: The digital realm is making it possible for the everyday person to play the trading game, and in turn, get the money they’re owed. This issue even became non-partisan when Texas Sen. Ted Cruz — who was complicit in an insurrection that killed five people — agreed with Congresswoman Alexandria-Ocasio Cortez’s tweet regarding Robinhood’s controversial role in the short squeeze fiasco.

You know things are fucked up when you find yourself agreeing with Ted Cruz. Alas, it’s pretty clear this isn’t a political matter  — this is modernized class warfare, and it’s only the beginning.

So, because we’re not here to give financial advice, we’re curious to know:

Which DFW-based company should be the next to make some billionaire hedge fund boys cry?