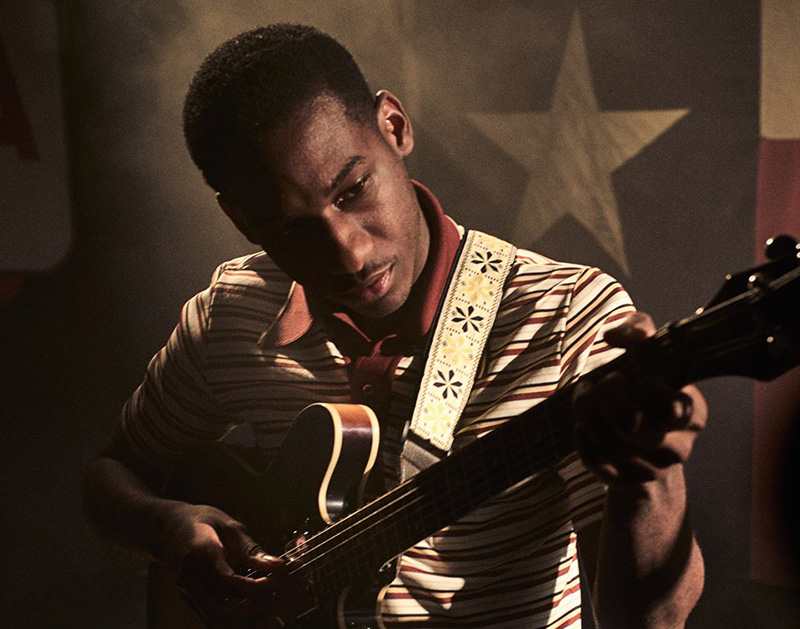 Leon Bridges Takes A Stroll Down Sesame Street, Saint Vincent Is Going To Blow Up To The Bomb Factory And So Much More In Dallas Music News.

St. Vincent has been playing a wonderful game of give and take throughout the rollout of her new album Masseduction. First we were teased with low-quality snippets of new material from her overseas tours, then she dolled out tour dates that left off Dallas until recently announcing a stop at Bomb Factory in 2018 and maybe best were the fictional interview snippets she intermittently released on Instagram before giving a formal to any outlets. Nonetheless, she’s still playing the game with the release of her video for “Pills,” which can only be seen by Tidal subscribers. But according to Pitchfork and SPIN, the new video is a psychedelic one and was produced by Philippa Price. Check out the video here if you’re a subscriber and tell us how it is.

While St. Vincent is playing games of give and take, Leon Bridges was on Sesame Street giving lessons on being thankful for all the great things in life. Check out the song and awesome moment below.

Back to taking, AMP 103.7 has been taken away from its Top 40 listeners, as reported by Guide Live last week. The station has changed formats and is now ALT 103.7 “DFW’s new alternative,” filling the void left behind by KDGE 102.1’s death last year. Per another report by Guide Live, 97.9 The Beat is switching up its morning show and slotting in Veda Local in the Morning, who replaces the nationally syndicated Rickey Smiley Morning Show.

He hasn’t been talking to radio stations, but Post Malone has been broadcasting a ton of weird thoughts over the last week. The first wave of headlines came from Rolling Stone’s piece on the former Grapevine resident after he wrapped up his tour and was back home in Los Angeles where he showed off an arsenal of weapons to writer Jonah Weiner and proclaimed “The world is going to shit. They’re taking away a lot of our rights” when asked why he’s in possession of an AR-15, a Desert Eagle hand cannon, gold-plated blocks and much, much more. The rapper went on to promote conspiracy theories, dished on Justin Bieber’s activities with what he perceives to be a cult and claimed the pop star gave them $10 million and so much more. It’s an interesting, if not one-side and leading account of the pop star’s Hollywood life. Soon after that published, Malone was once again making headlines claiming “If you’re looking to think about life, don’t listen to hip-hop.”

In the spirit of Thanksgiving week, Premier Live has announced it will host its 10th annual toy drive with Royce 5’9 headlining the charitable affair on Sunday, Dec. 17 at Trees. The rest of the bill features Chino XL, Emilio Rojas, GT Garza and more. Funds raised on the evening will go to Trae Tha Truth and DJ Mr Rodger’s Relief Gang, which is assisting the victims of Hurricane Harvey and has already raised $200,000 so far. An unwrapped toy gets you free admission to the event.

Silas Nello released a new video for “The Jester” off his new album Out of the Light that was released earlier this month. The heartfelt video features actress Parker Love Bowling.

Check out new work from Dylan Cameron and his dark and minimal Purgatory EP.

Finally, to close out this week’s column, The Grotto in Fort Worth will host its final show on Sunday, December 3 with Arenda Light, The Hendersons, Royal Sons and Matt Tedder Trio.

Cover image via Leon Bridges Facebook Page. Got a tip for White Noise? Email us!