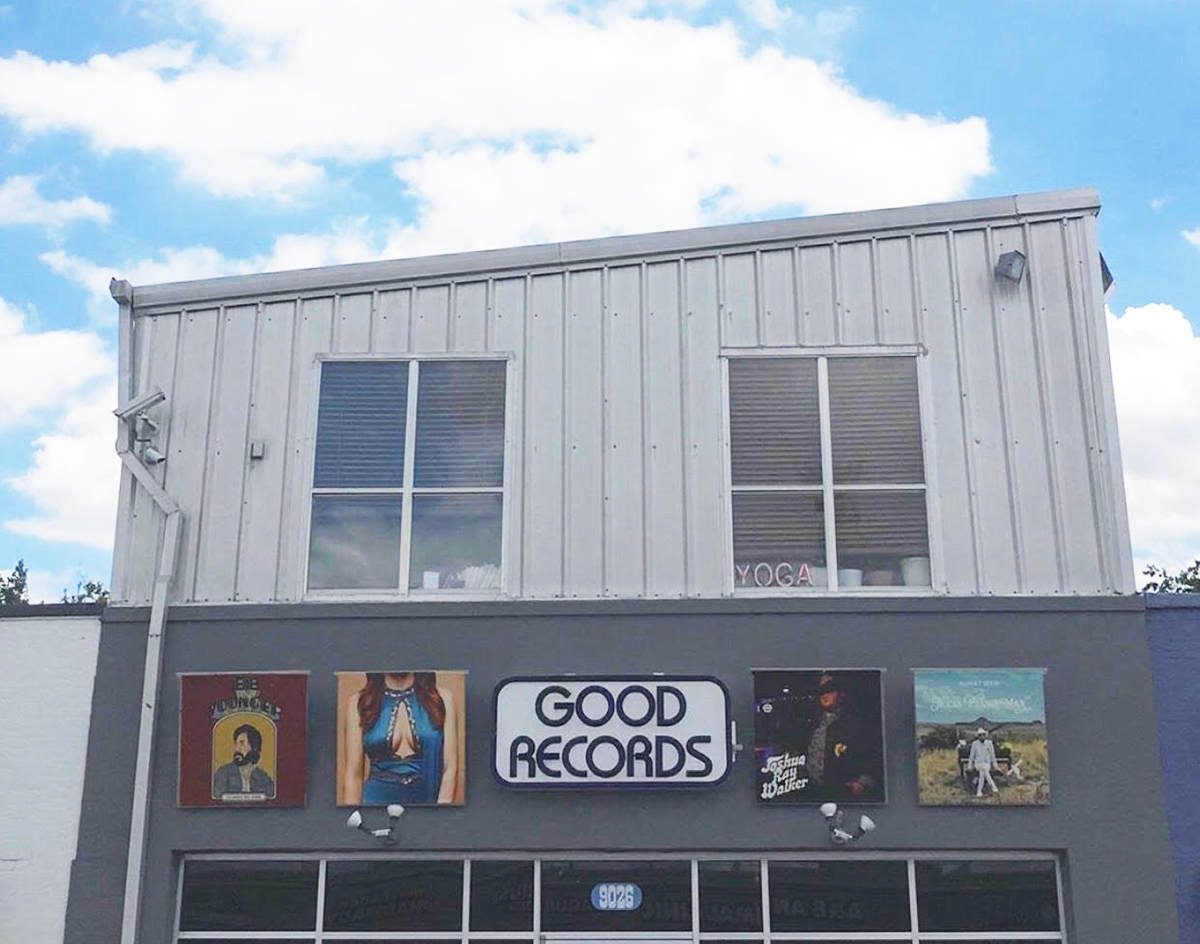 We are saddened to kick off this week with the devastating news that local drummer and former Good Records employee Kevin Bybee has died.

Per the Good Records Facebook page, “He was the kind of guy that would bend over backwards to help if he could and always there to lend an ear.”

According to the post, he moved to Louisville, Kentucky to tend to his mother, who suffered from Lou Gehrig’s disease. In Bybee’s honor, Good Records is accepting donations for The ALS Association, a nonprofit that promotes research, awareness and medical care for those stricken with the disease.

It’s been a rough patch for the Good Records folks as of late. Another employee named Jacob Douglas was recently diagnosed with Hodgkins Lymphoma. But the good news is, per an update on a GoFundMe organized for Douglas, treatments seem to be working and Douglas is kicking cancer’s ass. You can help him in his battle by donating to the GoFundMe here.

May their lives and the impact they have made never be forgotten.

Several artists have decided to pay tribute to Berman by participating in a tribute compilation titled Approaching Perfection: A Tribute to DC Berman. Artists such as Galaxie 500’s Dean Wareham, Moldy Peaches co-founder Adam Green and the guitarist of Half Japanese, Jad Fair have lent their artistic output to the release.

In concluding this week’s onslaught of depressing news, Selena Gomez penned an essay in Time Magazine, which expounded on her family’s immigration to the United States from Mexico and how that paved the way to her birthright citizenship (she was born in Grand Prairie).

Writes Gomez in the essay: “Immigration goes beyond politics and headlines. It is a human issue, affecting real people, dismantling real lives. How we deal with it speaks to our humanity, our empathy, our compassion. How we treat our fellow human beings defines who we are.”

Gomez wrote this article in conjunction with the release of Living Undocumented, a Netflix docuseries which she co-produced.

To that point, criticism is a mere side effect of putting yourself into the public eye in virtually any capacity. If it ever gets to you, just remember that outspoken progressives in the entertainment industry seem to almost always get the last laugh.

For Kacey Musgraves, that justice came rather swiftly, as conservative author and pundit Todd Starnes parted ways with FOX News after 15 years. You may remember Starnes as the Drew Carey stunt double look-alike who got all bent out of shape when Musgraves spoke out in favor of gun control during her Lollapalooza set, but he also went under fire for making a racist comment toward Representative Ilhan Omar, suggesting she take a “one-way plane ticket back to whatever third-world hellhole you came from,” and for saying that Democrats worship Moloch, a Pagan god associated with child sacrifice.

So farewell, Todd Starnes. We’d say “we hardly knew ye,” but that would imply that anyone even knew who you were before any of this happened. You’re known in our industry as the person who told the biggest global artist in country music, “Just don’t talk politics – sing. That’s what we pay good money to hear you do,” which is apropos to this revelation now that nobody is paying you for your political opinions, either.

On that note, Demi Lovato is also attracting controversy after taking a trip to Israel, where she was reportedly paid $150,000 to be baptized in the Jordan River. The Jordan River holds significance in both Judaism and Christianity for, according to the Bible, being the place where Israelites crossed to get to the Promised Land and where John the Baptist baptized Jesus of Nazareth (yes, that Jesus).

The ire surrounding this trip stems from the Israeli occupation of Palestine, which has been brought to even more public attention following the activism of the Palestinian Liberation Organization (PLO) and the Boycott, Divestment and Sanctions (BDS) movement. Critics of these movements have dismissed them as anti-semitic.

Lovato apologized in a since-deleted Instagram story, saying, “I’m sorry if I hurt or offended anyone, that was not my intention. Sometimes people present you with opportunities and no one tells you the potential backlash you could face in return. This was meant to be a spiritual experience for me NOT A POLITICAL STATEMENT and now I realize it hurt people and for that I’m sorry.”

Moving on, War Party announced back at Fortress Fest earlier this year that the band’s last show would be imminent, and it takes place this Saturday at Main at South Side in Fort Worth. This farewell will be part of Dreamy Life Records’ Group Therapy, Vol. 5 release party, which boasts a criminally stacked lineup of Acid Carousel, Ting Tang Tina, Starfruit, The Fibs, Trauma Ray and even War Party guitarist Cameron Smith’s project Sur Dada.

By way of more news pertaining to Panther City’s venue pool, Fort Worth Weekly has reported that The Moon Bar is resurrecting on what venue owner Chris Maunder hopes is November 9, the same day the TCU Horned Frogs face their rivals the Baylor Bears. Admittedly, the details on the date of the venue’s closing is rather fuzzy, as in 2011, the bar announced unfulfilled plans to move to a space within the Ridglea Theater complex.

Just a bit east of Funkytown, The Blue Light has been capturing our attention after a handful of shows curated by AEG Presents (the second largest concert promoter in the United States) was announced for the venue. It’s been long known that AEG has the exclusive on both Bomb Factorey and Canton Hall, so naturally, we were curious as to whether AEG was inking a similar deal with the Lubbock-based satellite venue.

Turns out, they’re not.

As owner Marc Torres tells Central Track, “[AEG does] not have exclusives, we are just working together to throw some good shows!”

Speaking of good shows, Charley Crockett made his long overdue debut at Grand Ole Opry on June 25 of this year, and there is now a video documenting this formidable milestone:

The Highwomen also reached a milestone last week when the quartet made an appearance on Ellen (and on a taping that also included Cardi B, Chance the Rapper and T.I., no less.)

Not everybody gets to kick it with A-listers, but sometimes they get included in video game soundtracks. Case in point: the music-driven Steam game Freedom Finger has dropped its tracklist via Reddit, and Power Trip’s “Murderer’s Row” and True Widow’s “Night Witches” made the cut on what is possibly one of the greatest video game soundtracks in recent memory. Tony Hawk’s Pro Skater who?

With all the news out of the way, let’s start the weekly release roundup off with a godsend of a collaboration between Norah Jones and Mavis Staples titled “I’ll Be Gone”:

Sure, why not? Let’s get into the more folksy music, like Will Johnson’s new album Wire Mountain:

Another Dentonite, Tony Ferraro, has dropped two new singles: “Doe” and “There is a Light”:

But wait — there’s more! Bedroom pop rising stars Luna Luna have a new video for “Feelings In Me”:

Have a tip for White Noise or think we missed a dope new release this week? Let us know!