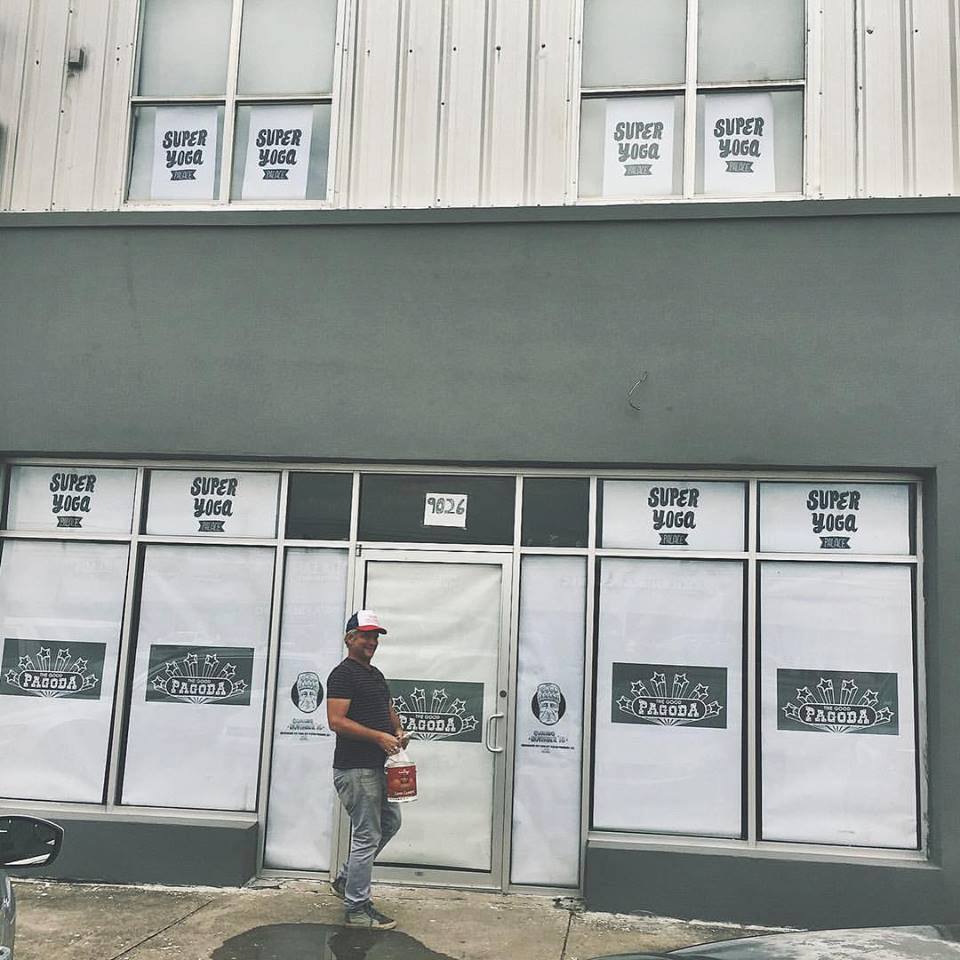 As if things like Hand Drawn Records getting the first new fully automatic vinyl press in 30 years weren’t enough to convince you of the medium’s resurgence, just consider the amount of good record stores around town. Actually, just think about how many Good Records stores there are around town.

There’s the flagship spot on Lower Greenville, plus the real estate it shares inside outposts like Off the Record in Deep Ellum and the Goodfriend Package Store out in Casa Linda.

But now, per GuideLive, the Good team is set to add a fourth spot to that list next month. Opening November 16, the new Good Pagoda will be located just next to Good Records co-owner Julie Doyle‘s just-opened Lounge Here spot, right across from the Hypnotic Donuts on Garland Road. The boutique, which will sell records and include a space for live performances but will focus just as much on gift and art sales, is in part inspired by the late Kumar Pallana, the Dallas-based vaudeville performer who starred in a number of Wes Anderson films and opened Oak Lawn’s Cosmic Cafe. Pallana’s visage will serve as the logo for the Pagoda, which is named as a reference to his role in The Royal Tenenbaums. The Pagoda will also share its upstairs space with a new Super Yoga Palace location.

Back to Hand Drawn Records, though: Their third annual Cancer Jam — which will help raise money for KDGE DJ Mondo Mike‘s medical expenses — has announced its lineup. Headlining the November 6 show will be Andrew Tinker & The Texas Gentlemen, with special guests Brent Best, Eric Pulido, Kirk Thurmond, Larry g(EE) and Matt Hilyer among others. Tickets are available here.

And that’s not the only big show the Gents have on the docket. This week, they’ll serve as Kris Kristofferson‘s backing band for a pair of shows — this Thursday at Bass Performance Hall in Fort Worth, and Friday at Strauss Square in Dallas. The three-times-in-a-lifetime-and-counting opportunity comes after the band got to play a few tunes with the country legend this summer at the Newport Folk Festival.

And you know what they say about legends — they never die, just like the legend of October 19, 1991, when a young Nirvana played its infamous Trees show. To commemorate the 25th anniversary of that lore, Nirvana tribute act The Nirvana Experience will perform at Trees on October 18, 2016, with Goodnight Ned playing the role of Sister Double Happiness. No word on who will be playing the part of brawling bouncer. Anyway, just for fun, here’s an embed of that 25-year-old show:

In other show news, it looks like yet another new festival is on the way. A cryptic Facebook video tells us something called Fortress Festival is coming soon to Fort Worth — although it doesn’t say much else. More info, says the fest’s site, is coming October 18.

Moving on, Brooklyn Vegan premiered the new Drakulas tune from the band’s upcoming debut full-length. In case you need reminding, Drakulas is Mike Wiebe (Riverboat Gamblers) and Zach Blair (Hagfish, Rise Against) and others. The new Raw Wave LP, due out November 18 via Dirtnap, was recorded by Mark Ryan and Jeff Burke (both of Radioactivity and countless other area punk outfits).

Other folks around town released new moving pictures to accompany their music.

One such new cat with a new music video is Charley Crockett who goes full JFK motorcade down Elm Street in his new “In the Night” clip. We won’t, um, spoil the ending for you.

Also out this week is a new joint from Left/Right, who dropped his first video with jACQ — notable because it also marks the longtime Dallas DJ/producer’s directorial debut. Peep it below, and grab a free download of the track, “Lies,” here.

Last up in video news, The Heavy Hands have a fun little black and white clip for their “Little Cindy” single that they shot (mostly) live at a Denton house show.

Fancy seeing yourself in a future edition of this column? Maybe try to land a role in a music video then! That worked pretty well for the bands above, anyway. And, as it turns out, Buffalo Black just put out a casting call for people interested in being a part of his “American Colors” video. No acting experience required. In fact, says the call, “We are looking for a variety of people/looks to show the full spectrum of the melting pot that is America. No acting will be required, just simple posing in frame and mouthing of lyrics in unison. Please email with headshot and resume for audition.”

Or you can always just design a font that land’s in somebody else’s video. Sounds like a far-fetched idea, but it worked pretty well for onetime galleryCat guitarist Jonny Mack, whose handwriting font was used in the “What About Men” video featured in the season premiere of Portlandia.

Lastly let’s end this column by pointing you toward Alejandro Escovedotalking at length with the Dallas Morning News about his relocation to Dallas. As he says in the piece, Dallas is his place now, a place he’s grown to love, and he doesn’t see himself leaving for Austin anytime soon.