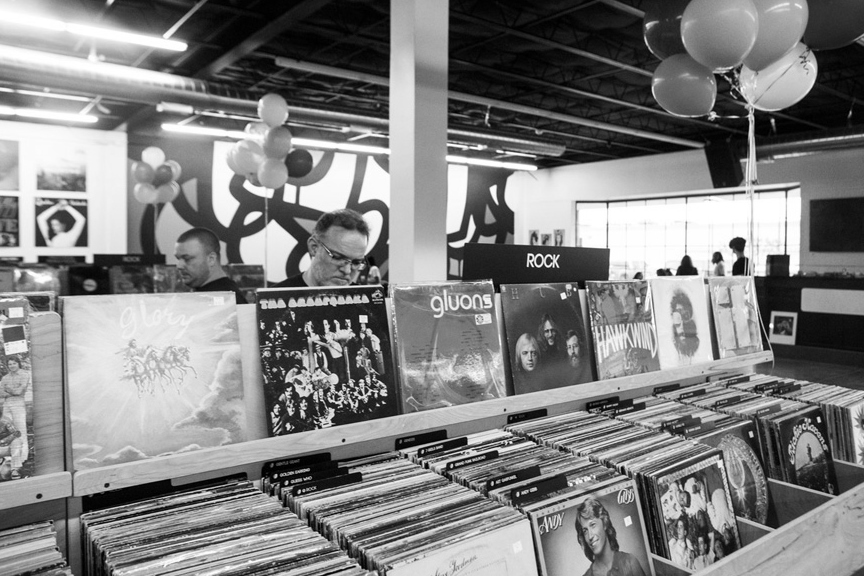 Like it or not, the Dallas-bred Steve Miller of The Steve Miller Band fame was recently inducted into the Rock and Roll Hall of Fame as a solo performer.

One of those “or nots,” interestingly enough, was Miller himself, who ripped the organization in a press conference following the ceremony. Some of his gripes included the Hall's lack of female nominees, the fact that he was told he'd have to pay $10,000 for additional tickets and, oh, just a general lack of respect for artists. He didn't back down from his position in a subsequent interview with Rolling Stone, either, where he offered up such quote gold as: “All the people that were sitting in the front row tonight, like the guy that came from my record company, I wanted to pull him by his necktie and kick him in the nuts. He's made a billion dollars off my work over the last 50 years and the motherfucker just came over and introduced himself tonight. That cheery little thing. You know he won't do any contract work, he won't clean anything up, he won't get anything done. This whole industry fucking sucks and this little get-together you guys have here is like a private boys' club and it's a bunch of jackasses and jerks and fucking gangsters and crooks who've fucking stolen everything from a fucking artist. Telling the artist to come out here and tap dance.”

Doing their due diligence, RS also interviewed Rock and Roll Hall of Fame President and CEO Joel Peresman, who laughed off most of Miller's claims: “It's sad,” he said. “This is a night where we've had bands that have broken up, and hate each other, and with a few exceptions, are able to get back together and celebrate for one night and realize it isn't about them, it's about the fans that wanted to see them get inducted. It's about the fans going to the museum in Cleveland for years and have been going, 'Why isn't Steve Miller inducted?' For one night, look at it as a celebration of your legacy and how important you are to rock and roll.”

Another day to look at as a celebration is next Saturday's tenth annual Record Store Day. Few will be upset at the party Good Records has planned this year to mark the occasion, which is also the store's 16th anniversary. Before heading over to play a sold-out show at the Granada, Kurt Vile will hit the Astroturf stage at 3 p.m., and, after rocking Main Street Garden Park as part of the inaugural Old 97's County Fair, Justin Townes Earle will follow in his old man's footsteps with a RSD set at Good at 7 p.m. Other acts on the bill, which runs from noon to midnight, include Black Taffy, Mind Spiders, Sudie, Jake Paleshic, Sarah Jaffe, Bobby Sessions, Marathons & Unicorns, Birds of Night, Sad Cops and Hell Texas. And a happy birthday to you, too.

And while we've already posted about the lineup over at Josey Records' party, we previously failed to mention the fact that Josey is also releasing a limited edition RSD vinyl featuring some of the bands playing its party. To recap, those would be Malandros, Native Fox, Cryptolog, Trai Bo, Taylor Louis & the Legacy and Ghoul5ive.

Also doing some celebratin' this month will be Vice Palace, which marks its second anniversary of booking DIY-ish shows with two days' worth of shows at non-DIY spot RBC on April 30 and May 1. The, admittedly, pretty stacked pair of bills is revealed in the video below.

Another festival to mark down in the digital equivalent of your little black book is the new So What?! Music Fest: Fall Edition which, unlike its spillover-minded sibling, will be a multi-day, multi-venue fest that'll take over Deep Ellum on October 21, 22 and 23. Participating venues include both rooms at The Prophet Bar, Three Links, Dada, Curtain Club and Liquid Lounge. While the first round of performers won't be announced until July 1, three-day passes are already on sale here.

Moving on, we mentioned back in February that Denton will be getting a new, low-power FM radio station, KUZU 92.9-FM, in the coming months. Now, the station's asking for the help from the community to get the thing off the ground, with a crowd-funding effort attempting to raise $25,000 in the next 25 days — or half of what organizers estimate will be their year one operating budget. Money donated to the campaign will go towards “Studio Rental, Tower Rental, Music Royalties, Online Broadcast Fees, Transmitter, Emergency Broadcast Unit, Studio Equipment, etc…”

Next up, we've got a handful of new music vids to show you.

The first one comes from John Congleton & the Nighty Nite, whose frontman recently told us he prefers music “to be like a beautiful woman with a scar on her face.” Apparently, he prefers his videos to be the same way, as his new “Until It Goes” treatment features just that — a beautiful woman gruesomely carving up a Nazi and performing surgery on her own face. In other news, Congleton will participate in an AMA on Reddit on April 20 where you can ask him all about the clip — although, knowing him he'd probably prefer you ask him about his cats instead.

Also this week, Daniel Markham provides a taste of his upcoming third full-length, Disintegrator, that's due out May 6. The more heavily acoustic-sounding title track ushers in a new direction for the Denton rocker, and its accompanying black and white video, which premiered over at PopMatters, stars the members of dreamy Dallas glam band Siamese.

Then there's the video for Norvis Junior's “Kissin on Ur back,” which is straight fire. No, like, literally — he sets himself on fire in the video. Like, real fire. For real.

Lord Byron also has a new clip out this week, this one for the track “I.M. Pei” off of last year's Digital Crucifixion. The song, named after the 98-year-old Chinese American architect responsible for designing Dallas' City Hall building as well as the Meyerson Symphony Center, is actually intended to pay homage to the recently deceased Iraqi-born, British architect Zaha Hadid, who designed a bench at the DMA, among other things.

Elsewhere: Hand Drawn Records announced details on volume five of its compilation series; Austin Jenkins laid down some guitar tracks on a forthcoming These Machines Are Winning song; Erykah Badu surprised some students at a New Jersey high school with a lunchtime performance in their cafeteria; and Jordan Richardson is headed out to L.A. to play drums for Domo Genesis during a future episode of Jimmy Kimmel Live!.