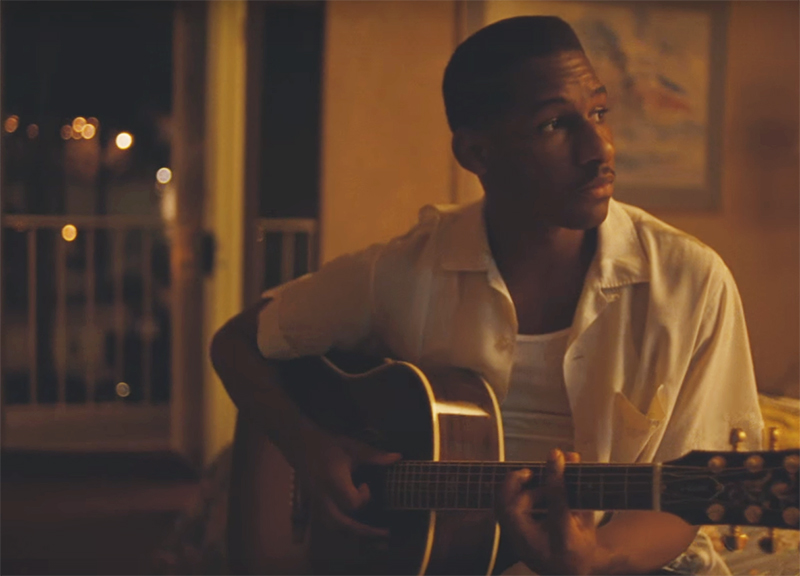 Leon Bridges Releases His Best Video Yet, Dia Leaves Fort Worth and Denton Gets Some Radio.

With 35 Denton and SXSW a little more than a month away, festival season is just around the corner. Meaning? Festival announcement season is already upon us!

Kicking things off in that regard, JMBLYA has announced its return in 2016, with dates in Dallas and Austin on May 14 and 15, respectively. Ahead of the announcement of any of this year's acts, hella-cheap early bird tickets are currently on sale here.

And, as we've mentioned previously, Something Wonderful is returning for a second year of its Dallas-based EDM offering this spring, this year moving the thing to Texas Motor Speedway on April 23. More recently, Tiesto, Dada Life, Borgore, Markus Schulz, Triotonal and several other acts have been announced as being part of this year's lineup.

Also? After several years at Panther Island Pavilion, the Toadies have announced a move for its namesake Dia de los Toadies festival back to New Braunfels. That one will go down on June 11 at River Road Ice House. Aside from those guys, other early announces for that affair include Reverend Horton Heat, Purple, In the Whale, Emily Wolfe, Golden Meanies and A Giant Dog. More info can be found here.

Sticking on the festival tip, Leon Bridges, Future and Usher were announced as the big headliners at this summer's 9th annual Roots Picnic. That one goes down June 4 in The Roots' old Philadelphia stomping grounds.

Speaking of Bridges: Yesterday, the Fort Worth soul singer kicked of Black History Month with a widely-praised video for his gospel-tinged single, “The River,” which is intended to serve as a vigil for those affected by last year's Freddie Gray riots in Baltimore, where the video was filmed. Even NPR, which previously criticized Bridges for not being political enough seemed to dig it: “The footage here makes it clear that the singer's understanding of soul's past doesn't stop with a look or a sound,” they wrote this time around.

Writes Bridges with regards to his motivation behind the video's concept: “When thinking about how to best visually represent this universal battle, I reflected on the depiction of black communities in our media and particular experiences within my own life. This video showcases the unique struggle many black men and women face across this country. However, unlike the captured images which tend to represent only part of the story, I wanted to showcase that through all the injustice, there's real hope in the world. I want this video to be a message of light. I believe it has the power to change and heal those that are hurting.”

Also on NPR this week, Kirk Franklin showed up to discuss his latest project, Losing My Religion, where he told All Things Considered's Michael Martin the following: “Rules without relationship leads to rebellion. So, what I want to be able to do is to not let rules be the premise that drives us to God, because rules will never drive us to God — rules will drive us away from God. My job on Earth, the reason why Kirk is created, is to make God famous.”

In other radio news, Denton will soon be home to a new, low-power FM radio station. KUZU 92.9-FM will begin broadcasting to everyone within a three-mile radius within the Loop 288/I-35E area beginning this July. To apply for volunteer positions, to host your own show or just to donate funds to help get the thing off the ground, head here.

Moving on: New suburban restaurant Lava Cantina aims to be the North of I-635's answer to the House of Blues and Gas Monkey Bar N' Grill as it plans on hosting 1,600-capacity shows out in The Colony later this year. Longtime Hat Tricks owner Tony Avezzano will handle booking duties.

As for this week's new releases, Denton's always fun Pearl Earl dropped a follow-up to last year's Karaoke Superstar EP with its catchy new “What Do You Know?” single, which can be had below as a name-your-price download.

That band's fellow Dentonites in Mimisiku (read: another emo-heavy band featuring the members of Two Knights) has also announced that it's signed to Count Your Lucky Stars, which will release the band's debut LP on February 19. The first single from that one is streaming below.

And after an unofficial release party late last year at The Kessler, Dallas folk-pop duo The O's will officially release its fourth LP this Friday. Recorded in a cabin behind a New Braunfels music venue last year, the album's first single, “Halfway Sideways,” has a pretty hilariously drunken backstory, which the banjo-playing half of the duo recently shared with Relix Magazine.

Meanwhile rising talent Coach Tev is back with a third straight bit of fire, this time a low-key banger that's racked up over 17K plays on SoundCloud in the four days since it was posted — more than one of which, we admits, came from us right here at CTHQ.

And since we premiered a track from William Austin Clay's debut full-length in this column a few weeks back, he's released the rest of that record. Physical copies will be released via Joey Pizza Slice in the coming weeks. In the meantime, stream it below.

Also, before we move on, here's a self-proclaimed throwaway track from $kaduf. Yup.

In video news, Earl Sweatshirt's least favorite rapper (read: Post Malone) released an indulgent clip for his song “Whatever,” which finds the rapper in a bubble bath, waving around guns, drinking 40s, smoking cigars and rhyming about how he does whatever the fuck he wants.