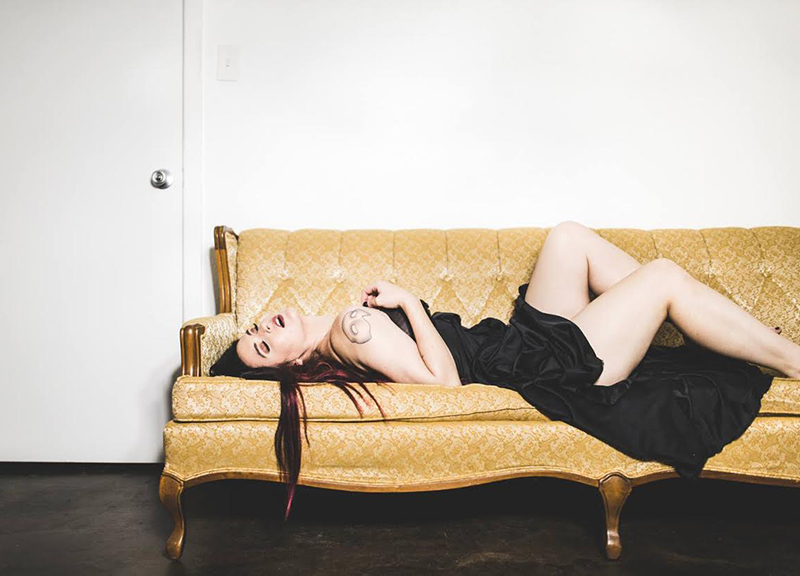 KXT Gets A Makeover, Jessie Frye Gets Her Own Beer and The Nighty Nite Gets A Release Date.

Among the frequent complaints received by local public radio station 91.7-FM KXT is the amount of local music — or lack thereof — that the station spins.

Granted, many of these complaints come from members of local bands who are somewhat embittered by the fact that it's not their own songs being spun.

But, in some regards, the station got a whole lot more local this week when it rolled out a company-wide rebranding campaign that included new logos for KXT and its sister outfits (90.1-FM KERA, KERA TV and Art & Seek), as well as 17 new audio tags that'll accompany various segments across the board throughout the day. Those tags have an interesting origin story, which you can read more about over at Art & Seek. Essentially, the project was helmed by local producer Nick Seeley, who took a six-note melody composed by Denton singer-songwriter Kaela Sinclair and then had various entities, including Daniel Hart, re-interpret it in their own way.

But before we get to several other Denton-related notes, let's first take a moment to explore the local tie of Macklemore's “White Privilege II.” Regardless of what you think of the ironically tone-deaf opus, it was the most talked-about song in popular music last week, and it wouldn't have been possible without a vocal sample kit put together by star local producer Symbolyc One and his frequent collaborator Grey, aka Glenn Reynolds (Chomsky). Check out a teaser for the sample kit below alongside the Macklemore tune for a little added perspective.

Back in Denton, the city's namesake 35 Denton festival announced a second batch of names playing its annual event this March. Those include Biz Markie, Electric Six and Class Actress, along with several others that you can find here.

Meanwhile, Jessie Frye, yet another Denton musician, is getting her own craft beer. The collaboration with local brewery Noble Rey is a pecan porter fermented with pureed raspberries and cherries that will be called Boss Bitch. Look for its debut sometime this spring.

Then there's Denton ex-pat Alan Palomo of Neon Indian, who released a behind-the-scenes doc for his “Slumlord Rising” video. You can check out that clip — which is three minutes shorter than the video itself — below.

In something else of a making-of clip, another local expat, St. Vincent — who also contributed to that KXT update — took cameras into to the Ernie Ball factory to check out her signature line of guitars being made and to talk about the inspiration behind the design. Spoiler alert: Those guitars are made from really great wood that used to be a tree.

On the other hand, St. Vincent collaborator/producer John Congleton has announced his debut solo record will earn its release on April 1 via Fat Possum. After being teased with this project a few different times since 2011, it's rad that we've finally got a hard release date — and a finished single that you can stream below.

On February 15, we'll also learn whether Leon Bridges will join St. Vincent and John Congleton as a fellow Grammy winner. Ahead of that ceremony's broadcast, Bridges sat down with the Grammy folks for a brief little interview piece.

Moving on, Mind Spiders continued to promote its upcoming fourth LP, Prosthesis, which comes out March 12 via Dirtnap, by giving A.V. Club readers the first taste of the album. An interesting note: Prosthesis marks the first Mind Spiders album recorded at Cool Devices studio in Fort Worth, which is owned by band members Mark Ryan and Jeff Burke.

Also on March 12, as part of Three Links' three-year anniversary weekend, The Roomsounds will hold a release for its new LP, Elm St., which was recorded at the legendary FAME Studios in Muscle Shoals, Alabama. The title track, which you can stream below, is an ode to Deep Ellum where, says frontman Ryan Michael, “musicians, artists, and weirdos alike hang out.” Indeed.

The night before that Roomsounds album release, Dallas punk mainstays The Lashouts will also hold a release show for its own new LP at Three Links. Fun fact: The band's super-polished, old-school pop punk record was engineered, produced and mastered by The Descendents' Stephen Egerton. You can check out a couple cuts from that one below.

Finally, newcomer Tray Haggerty has offered up a free download of his Cyhi The Prynce-featuring “Pay Day,” which comes from his upcoming Lifer mixtape that earns its release on February 9.

Jessie Frye cover photo by Marcus Junius Laws. Got a tip for White Noise? Email us!