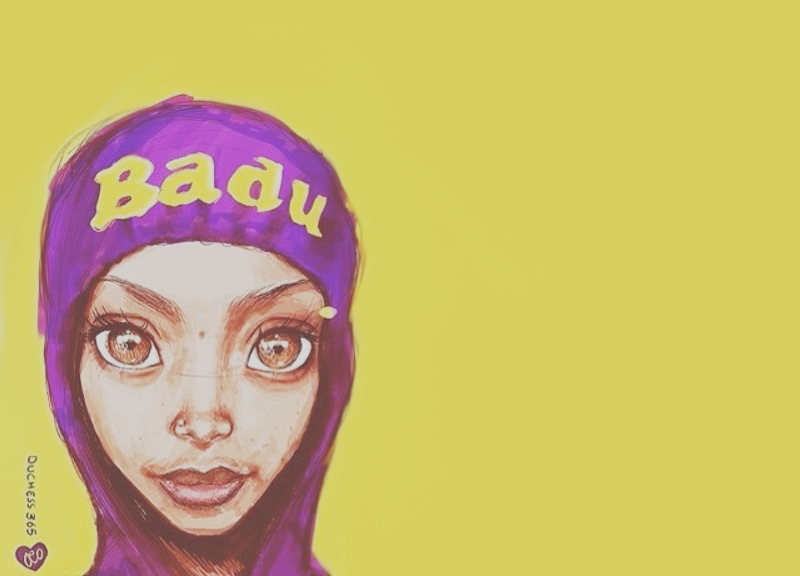 Cold though it may be on this crisp January afternoon, warmer days are ahead. We know this by the number of spring festival announces we've been hit with this week alone.

Meanwhile, two of our region's local SXSW spillover fests made some announcements as well.

The one actually called Spillover announced earlier today that this year's ninth annual installment would expand to a three-day thing, running March 18 through 20 at Trees, Dada and Three Links. Also included in today's news for that fest was the reveal of several more performing bands, including Le Butcherettes, Nothing, Diarrhea Planet, DZ Deathrays, White Lung, Creepoid, Ezra Furman, L.A. Witch, Beverly, Ex-Cult and more. The full lineup and a link to purchase $45 three-day passes can both be found here.

That other long-running spillover fest, the newly re-branded So What?! Music Fest has been announcing acts playing its March 19 and 20 fest at QuikTrip Park left and right. To see the list of all 87 acts that have been announced so far — and to purchase two-day, $85 passes — head here. Oh, and in case you missed it, Mike Ziemer, the man behind So What?! peeled back the curtain a bit on the festival booking biz when he sat down with our own Rodney Blu on the most recent installment of his Burning Bridges podcast this week.

All of those, of course, are an addition to the handful of announcements Denton's Thin Line Fest has made in the past week regarding acts performing at its festival next month, including its headlining performance from rapper Cam'ron.

Next up, a trio of Erykah Badu notes.

Fresh off the release of her But You Caint Use My Phone mixtape, the suddenly prolific She Ill posted another new track called “Trill Friends” — a remix of Kanye West's “Real Friends” with some Whodini lyrics thrown in for good measure — to her SoundCloud page a mere few hours ago. Per Pitchfork, the song comes from another upcoming mixtape called — get ready for this — THIS $h!t TOO EASY.

Meanwhile, that half-hour mix she did on Zane Lowe's Beats 1 radio show back in November to promote her last mixtape finally made its way to Mixcloud this week. It features tracks from Sun Ra, Thundercat, Hiaytus Koyote and more, and you can now stream it below.

Finally, in an interview with Billboard this week, Andre 3000 offered up a little insight into the process behind his and Erykah's duet which closes out the But You Caint Use My Phone tape. (There's a few other choice nuggets in there as well about last summer's Outkast reunion that make that one worthy of a click.)

Also in Billboard this week was Maren Morris, who was interviewed for her own little profile piece. As a nice little bonus, the mag postulated that the Dallas ex-pat just might be “Nashville's next breakout pop star.” Right on.

Speaking of telling interviews, The D.O.C. did a video interview with Ambrosia For Heads that was posted yesterday, in which he mentions a handful of tracks he wrote on Dr. Dre's albums that he didn't get credit for. Some interesting nuggets to be found in that one, for sure.

And while we're on the subject of Dre: He premiered a new song this week — presumably a track that got cut from Compton — on his Beats 1 radio show, “The Pharmacy.” Called “Back to Business,” the song features T.I., Victoria Monet, Sly Pipe and Garland's own Justus.

Also dropping a loosie this week was Dallas transplant Black Milk. Here, he mixes trappy drums and soulful bass grooves into a nice little slow jam called “Like I Need it All.” Check it out.

Next up, we've got a couple more mixes, starting with John Stewart's (Blue, the Misfit, A.Dd+) new #S A T U R D A Y N I G H T mix, which is meant to sort of promote his efforts to move from producer to a producer that sometimes DJs. If you like what you hear below, you can catch him spinning more of the same Sunday nights at Crown and Harp for now.

Then comes a new comp courtesy of some of the techno producers that have been playing at Red Light Lounge's weekly Stereo on Strike nights. Says Wanz Dover, who put the thing together: “This comp is designed to give a doorway into a grossly under-covered scene in Dallas. Most of these guys are releasing on European labels, but get no love at home. I'm hoping to fix that a bit.” You can download it free below.

In the name of covering more of that under-covered talent, we'll point you in the direction of another new track from SOS artist TX Connect. “Breaking,” which you'll find below, comes from an EP he'll put out soon via the Irish-based Computer Controlled Records.

Moving on, after a tumultuous and largely inactive 2014, White Denim is back with two new members and a new video for a single called “Holda You (I'm Psycho),” from its upcoming Stiff LP that earns its release on March 25. Replacing longtime guitarist and drummer Austin Jenkins and Joshua Block, who are going steady with Leon Bridges these days, are Austin-based jazz cats Jonathan Horne (Young Mothers) and Jeffrey Olson (Emily Wolfe). It doesn't appear the band's lost a step from 2013's phenomenal Corsicana Lemonade in spite of the changeover. See for yourself.

Another video building some buzz this week is Kaela Sinclair's cover of SOHN's “Artifice,” which she cleverly recorded on her cell phone, playing each part separately and cleverly stitching them together. After being re-tweeted by the band and getting some love from a Buzzfeed community post and a few other local outlets, the video has been watched over 76,000 times as of this writing. It's a pretty take, that's for sure.

I made this after work last night with my cell phone and some instruments. Here's "Artifice" by SOHN. #sohn #artificePosted by Kaela Sinclair on Thursday, January 7, 2016

Also releasing a video this week was The Rocket Summer, who promotes the February 26 release of his ZOETIC LP with a semi-underwhelming music video for the album's “Same Air” single. Making this one watchable is an appearance from New Girl actress Hannah Simone.

Next up, Denton newcomers Relick will draw comparisons to “retro” acts like The Strokes when their debut EP hits this March. The indie outfit is a little more psych-pop than that, though, as you might gather after getting a load of its first single, “Offering.”

Another Denton-based musician, William Austin Clay (Blessin', Dripping Wet), will release his first proper solo album in the coming months. The UNT music composition major spent two months composing and recording the 11 tracks that make up the “funk, new wave and alternative”-leaning LP. Your first taste is a little lo-fi number called “Bu-Dwi-Di,” which you can hear below.

Yet another new band to watch out for is Fort Worth's Bulls, which recorded its post punk-heavy debut this fall with Britt Robisheaux. That album earned its release last week via Dreamy Life. You can pick up a copy of the band's new tape when it plays at Arlington dive the Sunshine Bar with Heater, Tame Tame and Quiet and Hate Your Friends, and/or stream it below.

Not to be outdone, Dreamy Life figureheads War Party also recorded a new full-length with Robisheaux, which comes out later this month as well. If the first single, “To Be Young Again,” is any indicator, they plan on going big on the horns this time around.

A couple more release parties to be on the lookout for include shows The Roomsounds, which releases its new Elm Street LP on March 12 at Three Links, and Keegan McInroe, who releases his new Uncouth Pilgrims LP on February 13 at Lola's Saloon.

Also? Dallas' Landmark Commission has endorsed the plans to resurrect the old Forest Theater as an entertainment venue

Speaking of historic concert halls, the Granada Theater will hold a tribute night for the late, great David Bowie on January 13 with a performance by area tribute act The Thin White Dukes and a screening of The Labyrinth.

And, finally, Toadies are showing some Bowie support this week too by releasing a free live recording of its cover of “Heroes” from an October 11 live show at Luckenbach Dance Hall. The download is free to grab right here, but the band is encouraging people who grab it to also donate to cancer research in Bowie's honor by texting HOPE to 20222 to make a $5 donation or giving at this site. Says ever-angry frontman Vaden Lewis of Bowie's passing: “I'm pissed off. And this sucks. And I'm gonna miss you. Dammit.”