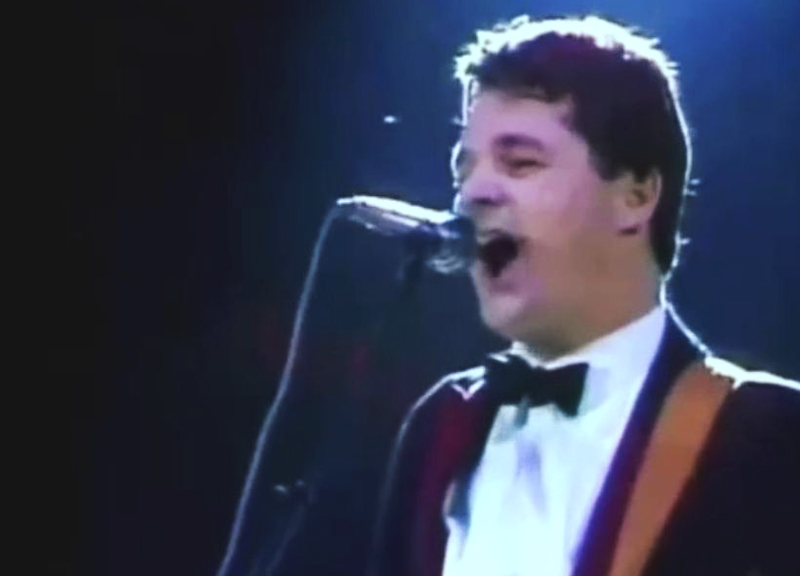 Steve Miller Is A Hall of Famer, Leon Bridges Gets No Respect and SRV Gets His Statue.

It took a few months later than we originally thought it would, but the city has finally put out an open call for artists interested in designing the now-totally-approved statue honoring Jimmie and Stevie Ray Vaughan that'll be erected at 2405 Cliff Teen Court in Kiest Park, not far from where the brothers grew up.

The deadline to submit entries is January 15. After that, “a panel of arts professionals and community representatives will review qualified submissions.” The move comes after Stevie Ray was inducted into the Rock and Roll Hall of Fame last year, and after Oak Cliff filmmaker Kirby Warnock raised some $68,000 to match the $74,000 that Dallas set aside from bond funds.

Like Vaughan, East Dallas boy Steve Miller was recently named one of five acts to be inducted in the Rock Hall at its upcoming ceremony in April, which will air on HBO the following month. It brings to mind a couple of questions, like what legendary crop of guitarists will combine to honor Miller with a performance at the induction, and when do we start raising funds for to erect a Steve Miller statue in Randall Park?

Earlier this year, you might recall, Leon Bridges performed at that very ceremony, getting to sing with both surviving members of The Beatles, among others. Turns out, it was just one of many times Bridges would appear on television this year, the most recent of which came this past Friday, when he did a couple of songs on The Late Show With Stephen Colbert, including “Twistin' & Groovin'” and a cover of Colbert's favorite Sam Cooke tune, “Jesus Gave Me Water.”

Elsewhere in Leon World, the singer talked to Rolling Stone this week about how his entry to the Concussion movie soundtrack was inspired by all us haters back home who have been saying he doesn't deserve any of the success that's come his way this year. Says Bridges: “I didn't want to write a song that was too literal to the film, so I just emailed a personal story about me going back home and these people back home saying I don't deserve to be where I'm at because I haven't been working as long as these other musicians who have been doing it longer. The song is saying that I love where I'm from but maybe I need to leave because I don't feel the love anymore.”

Ain't that the truth. Similarly, a bunch of other artists continued their aspirations of getting big enough for a Leon-sized backlash with their own newly released music. For instance, Herrick & Hooley may not live here full-time anymore, but they still rep that 214. Ahead of a couple of performances in town last weekend, they released a new single called “I'm On My Way.”

Then there's Booty Fade's latest remix, which finds the pair tackling Brenmar's “Hula Hoop” as part of a Fool's Gold– and Audiomack-sponsored remix contest that ends today. If chosen by the artist — who once notably appeared at one our monthly Pop That parties thrown in conjunction with DJ Sober — then Booty Fade will walk away with some studio gear and a post on Fool's Gold's Soundcloud page.

Then there's newcomer Norm T, who's trying to put the Arlington hip-hop scene on the map with his new Aggtown EP. Sounds like a tall order, but the EP actually sounds pretty legit, for whatever that's worth.

Anything can happen, we guess. For instance: Who would've thought that, six years after recording its “lost” sophomore album, the long-broken-up Slow Burners would finally release that sucker as a free download? Because that's of course the case, starting today. Wrote the band's George Neal to accompany the download: “Personally, I think it's one of the best things I've ever been involved with musically. I believe that some of my best work as a songwriter is on this album. But for me, the musicianship on this record by Ryan [Thomas Becker], Grady [Sandlin], Jeff [Gruber] and Jason [Bacchus] is what makes this one of my favorite projects. We had one of those crazy vibes going on when we were recording and everything just seemed to fit together really well.”

Also in the works for quite some time is the debut EP from Zhora, which finally earned its release at Off the Record over the weekend. Aside from the title track, which we debuted a couple years back, the Lights EP also features another pair of originals and two more remixes, one by Blue, the Misfit.

Now for something completely different: Dallas producer Erick Jaimez is back with the third installment of his Cumbiaholic EP series, another six tracks of Latin-inspired EDM. Buy it below for just $20.25.

Another batch of off-the-beaten-path tuneage comes from Dallas' Jake Schrock, who released an EP full of lo-fi, Casio-inspired synth music. Alright, so maybe that's not that far off the path, but still.

And speaking of new stuff, the latest EP from young Dallas rapper Devy Stonez isn't to be ignored. Called Stepping Stonez, the four-song collection made its way online earlier this week. Check it out below.

On the video front, sexualized plaything Selena Gomez premiered her new “Hands Off” clip via iTunes this week. You could just as easily not watch it below, but why wouldn't you want to? Here's to jokes that only make sense if you've heard the song before!

In other video news, G-Eazy's “Sad Boy” made its debut today. That clip, which laments road life while maintaining that it's actually still possible to be sad even when you're rich and famous, features illustrations by Dallas artist Joonbug.

Also this week, Spencer Kenney hints at a somewhat more scattered and less dad-friendly jangle rock direction than his Howler Jr. output with his new video for “Changing,” a song off his upcoming solo In the Thick of It record.

Elsewhere: Bowling for Soup's Erik Chandler is working on a new solo album; The Polyphonic Spree makes a brief cameo in The Big Short; Beatport ran a new feature on The Starck Club; the Kessler announced a change behind its soundboard; and 35 Denton announced its somewhat underwhelming first round of 2016 artists.