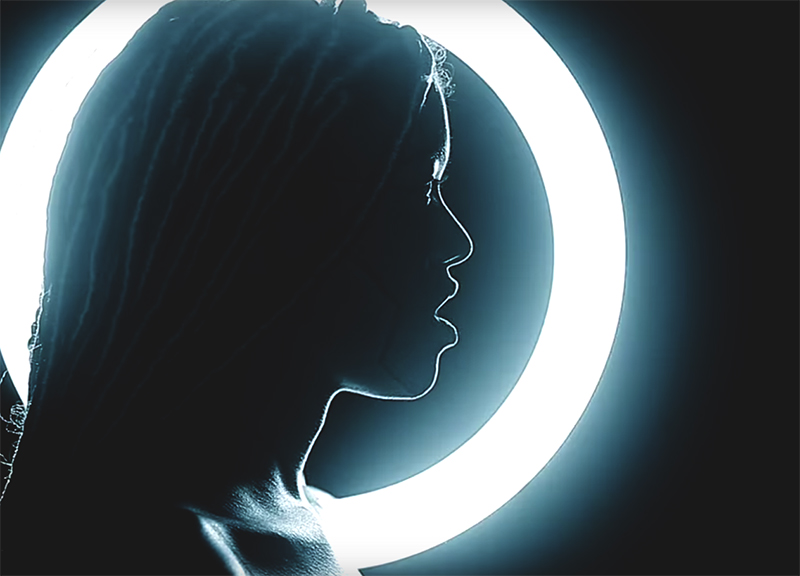 Local Rappers Are Beefing, Privilege Gets Checked And So Many New Videos Are Dropped.

Recently, we had the honor of invading the workspace of local sign painter Sean Starr. During our visit to his Denton-based studio, Starr told us all about past projects like painting Willie Nelson's tour bus to designing the cover of the latest Toadies LP.

As it turns out, though, the latter of those efforts was a much more painstaking process than he initially let on. Fortunately, filmmaker Nathaniel Day was on hand for much of the laborious reverse-glass-gilding process, creating this slick little mini-doc called Heart of Glass with the footage. It's all pretty fascinating.

Interestingly enough, a ton of local acts were also captured on video this week. Last night, for instance, Don Henley performed Cass County cut “Too Much Pride” on the new Stephen Colbert-hosted The Late Show. Check out the performance and its sly Donald Trump insults below.

Speaking of white privilege, Dallas rocker Kevin England just released a new clip for his Baltimore, New Jersey lead track, “All I Do.” The clip superimposes performance footage over scenes from the Baltimore riots. England says he did this, “with the intention of pointing out how easy it is for us privileged folks to forget the problems we don't see every day. 'We can do whatever we want today.' I have a lot of white guilt.”

Social contrition is but one reason to make a music video, though.

Young Ejecta, who premiered a new video via Gorilla vs Bear earlier this week, told the taste-making site her new “Your Planet” video was made in tribute to her friend Josiah, who died much too young. Says the band's Leanne Macomber: “I'm often haunted by the fact that he never had the chance to fulfill the prophecy of those teen years. That the big dreams, dramas, and pageantry was all for nothing. With this video I wanted to playfully purge some feelings of loss by allowing Josiah to embody various tropes of manhood. I also hoped to share the futility I've often felt without his support and guidance throughout my '20s. 'now you're gone, I can only dream, of all the things, you might have been' is not only a lament for one of my favorite people to ever walk this earth, it's a lament for the failures and loneliness I've experienced in this decade without him.”

Other times, simply trying to induce a good ol' fashioned epileptic seizure seems to be the primary endgame. Such is the case with Blue, the Misfit's new Jeremy Biggers-directed clip for standout 2014 track “All Systems Go,” which earned its premiere via HipHopDX a few days ago.

Then there are those times when you just want to assert your chill, like Dallas wunderkind Jarvis Hodges does in his “Ball Out” video. The song, we should point out, was produced by the NPR-approved local production phenom, Medasin.

And then there's the times you just want to get back to gritty, rock 'n' roll basics, as is the case with Dead Flowers in the no-frills video for its brand new single, “Dying in the Streets.” Check it out.

Moving on, it's been 13 months to the day that A.Dd+ released its Nawf EP, and a couple months since we've seen perform in Dallas. The duo ended its silence a few days ago, though, when it dropped a pair of (hashtag) loosies produced by Gorgeous Panda and Ish D respectively via its SoundCloud page. What's more, the group's Slim Gravy also dropped a Bear Cub-produced cut from his upcoming Scatterbrained collection of solo cuts, as well. You can find all three tracks below.

Next up is William Austin Clay (read: one of the ex-Blessin' members that didn't move off to college yet), who recently compiled three years' worth of his lo-fi, Mac DeMarco-esque bedroom recordings into an hour-long mix, which he interweaves with narration as if he's an FM radio DJ. It's definitely a cool concept. Find that one below.

Then there's this week's Aural Ambush subject, G.U.N., who tells the Crit Lifecrew to “eat a dick” in his newest cut.

Meanwhile, Coach Tev calls his strong, Drugs the Model Citizen-produced “Omens” a nod to the rise of Dallas' hip-hop scene. In an interview with HipHopDX, he says that “the explosion of Post Malone and Justus' involvement in the latest Dr. Dre album are simply a forewarning of what is to come, and it is about time.”

Also, long-defunct hardcore outfit Werewolf has been revived with new members and a new name. Now called Stealers, the band's got a new EP on the way (which you can stream below) and will play City Tavern on October 10, opening the Blank-Men album release show.

And, finally, we'll leave you with a few quick-hitters:

• Daniel Hart will add another movie score to his resume, as he's been tapped to compose the music for the Natalie Portman-produced documentary Eating Animals.
• Dead to a Dying World notched another glowing national review for its latest effort, this time from NPR's All Songs Considered.
• The once-Denton-now-Austin-based Botany received a 7.2 rating for his recently released Dimming Awe, the Light Is Raw LP.
• Hand Drawn Records' second annual Cancer Jam earned $35,000 to help a Fort Worth woman battling cancer.
• The Raven Charter will release its debut LP on September 26 at Curtain Club.
• Those star-studded 16bars.xxx parties will now be a monthly occurrence at the Rio Room, starting with this Thursday's Cardo birthday celebration.