What Is The Dallas Music Conference? 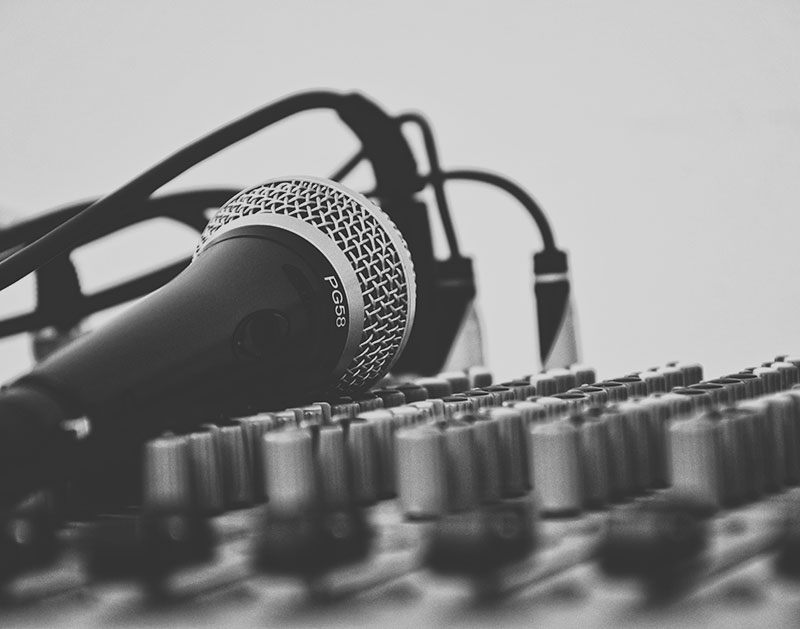 Sick Of Music Conferences Where Attendees Only Get Surface-Level Info, Third String Productions Is Dropping The Pretense And Hosting Its Own This Weekend.

Now in his 30s and the head of the Dallas-based concert promotions company Third String Productions, Mike Ziemer first started booking shows in and around Dallas when he was just 15 years old. So he knows firsthand what it’s like to be a young kid trying to make a name for himself in the music industry.

He knows how difficult it can be, how frustrating, how stupefying. Looking back on his earliest years of throwing shows, Ziemer mostly just shakes his head, thinking about how little he actually understood about what he was trying to do. Sure, he was eventually able to will out a niche for himself in the music world he held in such high esteem, but he knows too how much he could’ve benefited if he’d been privy to the advice from the industry professionals who proceeded him.

And this weekend across Deep Ellum, he’s hoping to help the next generation of Dallas music industry workers get the help he wishes he’d received in his own formative years. Over the course of the next three days, Third String Productions is hosting the first-ever Dallas Music Conference, an event that will bring together nearly two dozen area industry professionals (including, full disclosure, the writer of this very piece) and put them on the same level as the event’s attendees through a series of networking mixers, one-on-one mentoring sessions and panels, along with a handful of small performances and other parties.

In many ways, the idea is a response to the disappointment Ziemer felt in the many music conferences he himself has attended over the years — gatherings that, he says, always felt more cold than welcoming and more intimidating than inclusive.

We recently caught up with Ziemer over the phone to learn more about Ziemer’s hopes and plans for the event — both this year and possibly even beyond. Here’s what he had to say.

What is the Dallas Music Conference, in your own words, and where did the idea come from?
So, it’s basically a gathering of people from the Dallas music scene, with a few from outside of the music scene, to educate bands and people who are interested in the music industry on the ins and outs of the music industry — but in sort of a less intimidating way, as far as ticket prices go and as far as the approachability of the panelists. Like, you got to other conferences and you see theCEO of this company or the director of Pollstar, and you don’t you don’t feel comfortable approaching those people and reaching out. But when these are the people that are running the venues that you go to and booking the shows and doing the marketing and booking tours for bands that you actually kind of know, it’s a little bit easier to get more of a start.

So it’s kind of like a beginner conference. Everything that I’ve always gone to, even as a speaker, it’s been kind of intimidating to approach other people. And so I just wanted to create something that was basically like me and my industry friends getting together to help people and give them kind of an introduction to conferences and be able to hopefully encourage them to go to bigger and better ones.

Also, we hope that we can build this into something really cool for Dallas over the next few years that incorporates live music and then is, well, not necessarily like a South by Southwest but something that really puts puts a spotlight on everything that’s happening in the Dallas area.

Didn’t you try something like this in L.A. too?
Yeah. We did one in January in L.A. and it was really cool. We had a lot of people from, like, different publishing companies or whatever that lived in L.A. that saw our ads and asked if they could come speak. We kind of got lucky last minute with a bunch of people that weren’t necessarily already my friends and I actually learned a lot at my own, so it was pretty cool.

Who do you envision as the target audience for this?
Honestly, anyone starting from high school- or college-aged kids and up who wants to get into the music industry or is in a band that doesn’t really know the ins and outs of getting booked at venues locally, or how to really approach promoters. I mean, I get emails on time from people who are like, “Hey, can I play your show.” And that’s it! It doesn’t say what show, doesn’t have a band name, doesn’t even have a link. This is kind of like letting them get some face time and understand that the way to really conduct yourself within the music industry to get noticed as somebody for a job or to play a show or meet a venue owner or get on tour and whatever.

Are you noticing that you’re getting a lot of emails like that in Dallas? Do people in Dallas need to better understand this stuff? Or is this just this is information everyone should know?
It’s a mix. For people that want to work in music industry, I think it’s information they need to know — like, they need to know what resources are available to them, what kind of internships are available and how to get involved with their local music scene before they decide that they want to spend a bunch of money on college to go and work in the music industry.

And, as far as bands go, I feel like so many bands are just clueless when it comes to probably marketing themselves or approaching promoters and venues. I think that sometimes they don’t mean to come off a certain way but they can be very off-putting with some different ways of being persistent. Like, for example on our festivals, when we ask specifically, “What are some smaller national bands that you might want to see on our festival? And a local band has 100 friends and tells them all to comment and suggest them, but they’re their local band, and that’s at all what we’re asking and it just floods our comments in an annoying way. But that’s getting negative attention. Like, yeah, we know what your band is called, but we also know that you’re annoying.

Is there anything in particular you’re excited to hear about at the event?
Really, I think most of us in Deep Ellum, we all do shows together and we all say hi to each other, but we never really sit down and discuss music in this sense. We’re not sitting around, actively trying to see each other’s viewpoints and different perspectives on how to handle bands or booking or marketing or things like that. So I think it’s going to be a really cool opportunity for all of us to actually talk music and for people to see us learning from each other — like, “Hey we’re up here and we’re talking to you, but we don’t know everything we’re actually learning, too.”

Overall, the support so far has been great. Dallas is a really competitive place, and having people that run other festivals and venues we don’t necessarily work with — like, I wouldn’t have been surprised if they weren’t too interested even just because of politics in general, or like how this is being held in a venue that’s maybe not yours. But everyone was very much into it. And they all seem really interested in the direction of where this is going to go and how it can get bigger in the future. There’s obviously a love of the local music scene and then there’s also the interest of if this thing grows, is it going to something that’s good for everyone? Everyone’s been really interested to see how this first one goes and what they can learn and what they can get out of it, which is really cool.

The 2017 Dallas Music Conference runs November 3 through 5 at various venues across Deep Ellum. A schedule of events can be found here. Tickets, which come with access to a number of tangential events also happening around Deep Ellum this weekend, can be purchased here.  You can SAVE $25 with code “CTRACK”.