What An Interactive Art Experience Is Like In A Pandemic. 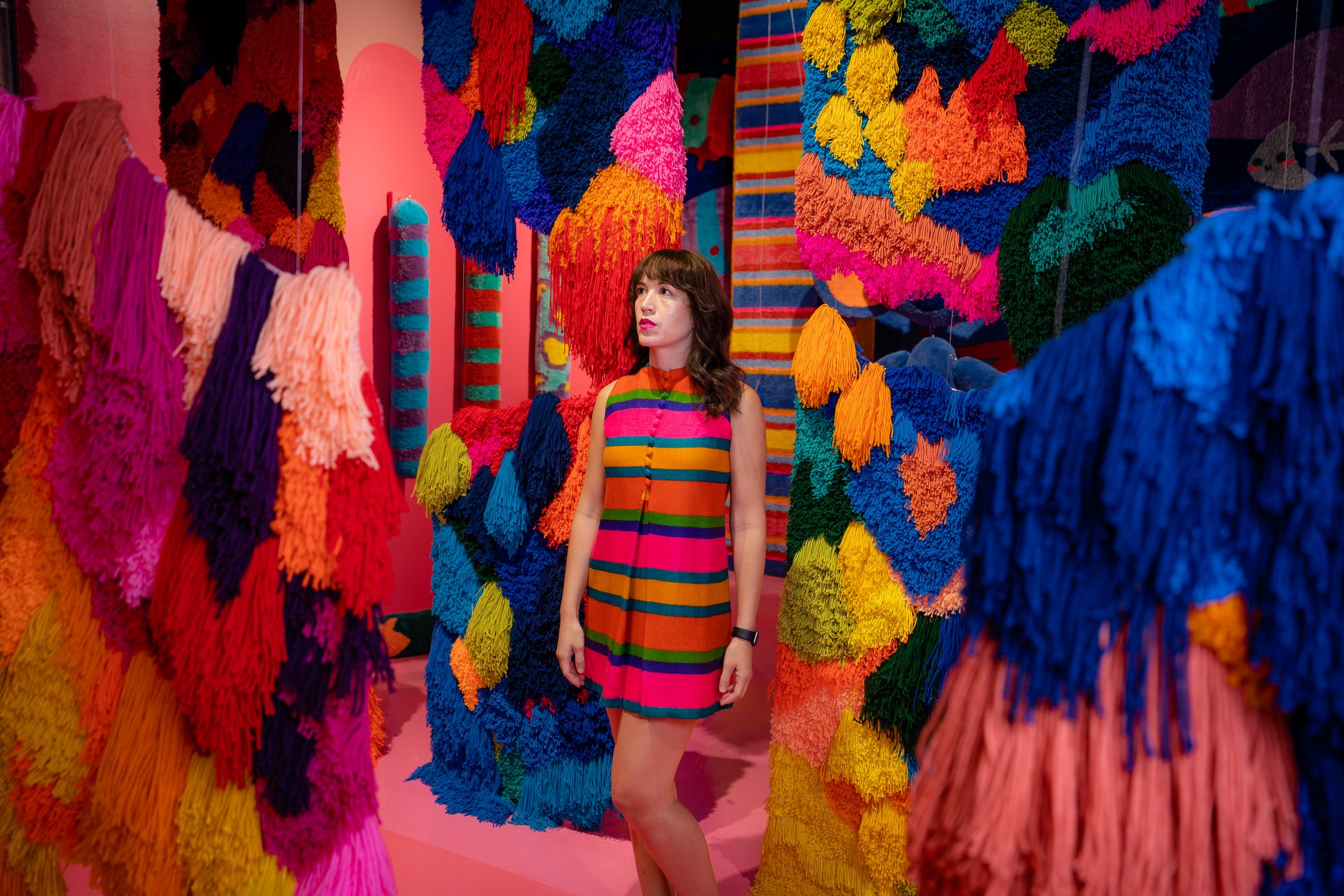 The humor of an exhibit being named “Intangible” in the middle of a debilitating pandemic isn’t lost on the staff of Sweet Tooth Hotel in Victory Park.

It’s hard to remember these days, but immersive, Instagram-ready art exhibits dominated our social media feeds once upon a time. Yet, in a world where a crowded room is practically a death threat now, the best of all these installations in Dallas is providing what feels like a safe escape.

Intangible, A Fiber Fairytale was originally named with a sense of irony, as the fiber art exhibited is actually an extremely tangible form of art. Even though you’re not allowed to touch the yarn on display, you wouldn’t have been allowed to in a world where Covid-19 doesn’t exist anyway, so you’re not missing out on anything on that front. You’re also given a small yarn pom-pom at the beginning of the tour in order to get out any urges to put your hands on everything soft in sight.

In the era of normalized social distancing and isolation, it’s surprisingly comforting to walk around a 5,000-square-foot exhibit with less people in the room. There’s no fighting for elbow room to admire the vibrant yarn cloaking the walls, or worrying of someone stepping into the background of your selfie.

It’s almost hard to believe Sweet Tooth Hotel was experienced any other way before now — if you’ve been to one of these before, you know there are usually art admirers abound at every corner. 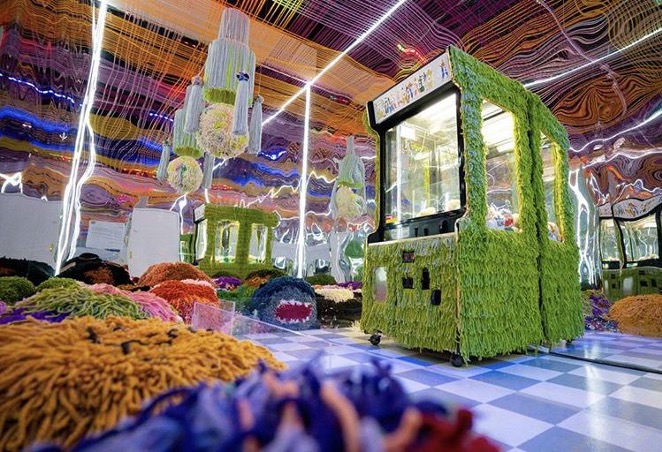 “Rigged” by Dallas-based artist Niki Dionne is one of many rooms on display at Sweet Tooth Hotel’s Intangible exhibit.

I was blown away from the moment I entered the Ikea-style rooms of the exhibit, as I felt like I was in Alice in Wonderland going from concept to concept, entering each of minds of the all-female cast of creators. It’s difficult to not feel activated when the first thing you see upon entering the exhibit is a wall full of cherry-topped birthday cakes made entirely of fibers.

As I hopped around the museum — and circled back around the rooms multiple times to make sure I didn’t miss anything — I realized it was the first time since March I’d felt like things were starting to return to normal. After going months with being scared to so much as grab the railing on staircases for support, it was a breath of fresh air to be engulfed in an exhibit where the touching of art-installed cupboards, drawers suitcases is encouraged. Watching them be wiped down immediately after was just as comforting.

All of the necessary precautions have been taken to make sure your trip through the exhibit is as safe as possible: everyone is required to wear a mask and have their temperature taken at the door, and only 10 people are allowed through the exhibit per hour on weekdays, but it’s more than enough time to take pictures and enjoy everything the exhibit has to offer.

As someone who learned of the museum’s existence from seeing hundreds of photos people posing with the art flood my Instagram feed, the lighter flow of traffic that comes with the new social distancing guidelines is a welcome change for those with anxiety. The limited capacity makes it much easier to take as long as you need to get the perfect lighting and angles in all of your pictures without the inevitable feeling of anxiety in holding up the line quickly building behind you.

And for those that still feel anxious about going out and having fun while putting workers in harm’s way, the energy of the employees running the exhibit was nothing short of positive, and they are clearly happy to have people back to share the art the team has worked so hard on.

Intangible is open now at Sweet Tooth Hotel. General admission tickets are $20 each.