‘Boys State’ Offers A Wild Glimpse At Our Political Future. 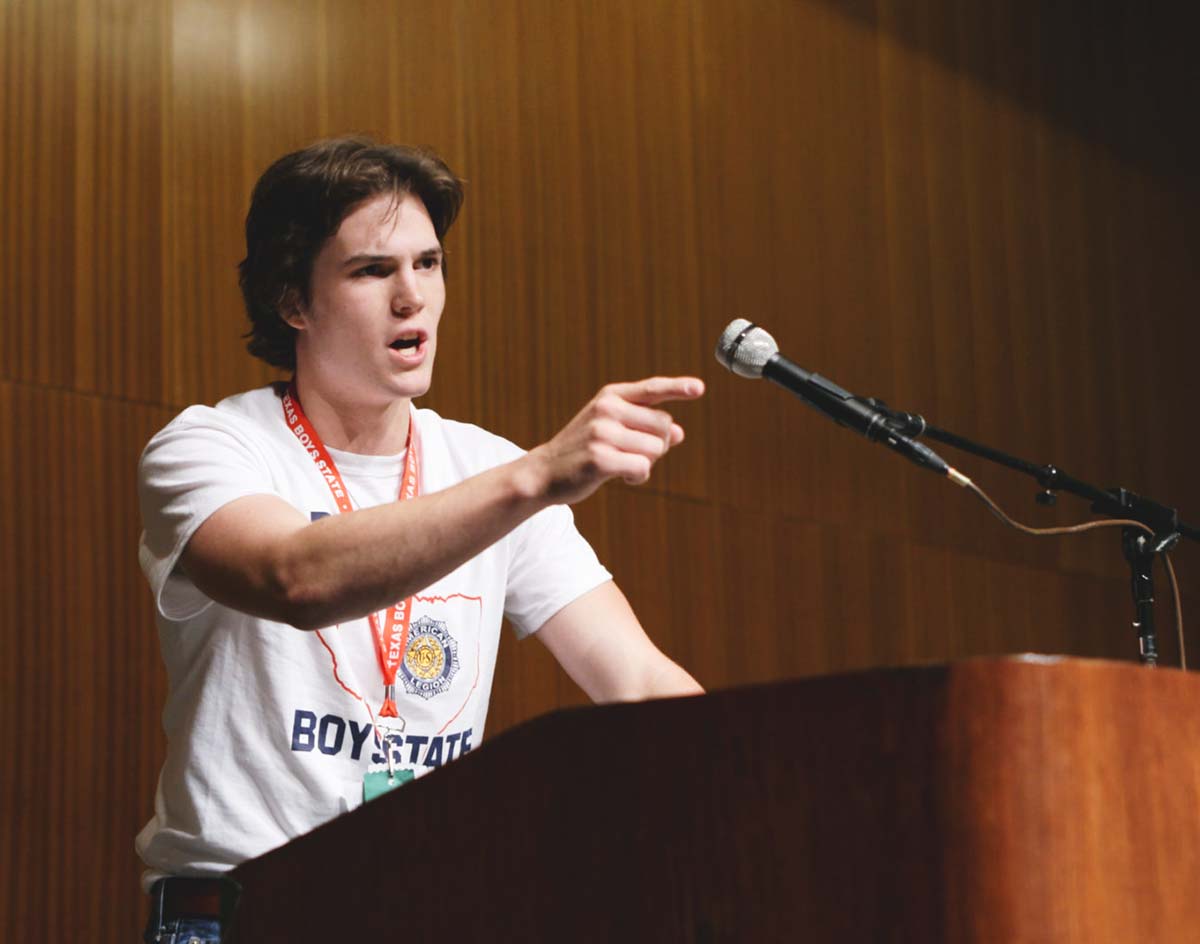 A24’s New Apple TV+ Documentary Takes A Real Look At The Future Of Politics Via The American Legion Of Texas’ Annual Mock Government.

Boys State.
Directors: Amanda McBaine, Jesse Moss.
Opens: August 14 on AppleTV+. (It would have been in theaters were they not closed because of the pandemic.)

Every year, the American Legion of Texas sends more than 1,000 kids to the Boys State and Girls State conventions in Austin.

While it seem like just another extracurricular activity, the conventions here and in other states have featured alumni that have gone on to become some of the most powerful people in the U.S. — including Supreme Court Justice Samuel Alito, New Jersey Senator Cory Booker, President Bill Clinton and Vice President Dick Cheney.

For kids with a strong interest in politics, this is the place for them to be.

Boys State, the essential new documentary about the 2018 Texas convention, gives viewers an inside look at the mock electoral process, and the boys who may one day be leading our state and our country.

Early on, the boys are randomly divided into Federalists and Nationalists. They’re not meant to be one-to-one comparisons with Republicans and Democrats, as delegates are supposed to build their own party platform based on the issues most important to them. But they easily divide into conservative and liberal parties, partly because of chance, but mostly because of the leadership that guides them into those positions.

The film focuses on four of the most charismatic attendees: Ben, a disabled boy who seems preternaturally gifted at running campaigns; Rene, a sassy transplant from Chicago; Robert, a funny and energetic bro; and Steven, a shy son of an undocumented immigrant.

There’s something so pure about seeing these kids and their fellow delegates not be completely cynical about politics or the electoral process. These young men still believe in the fundamentals of democracy and that a combination of sound policies, honesty and elocution can win the day.

Ben and Rene quickly find their places as party chairs, fiercely competing to get their candidates elected as Governor of the convention, the highest office. Robert and Steven compete to become the Nationalist candidate, taking on Eddie, the Federalist candidate who considers Ben Shapiro comparisons as compliments.

Unsurprisingly, the convention is predominantly white and conservative, just like Texas. There are lots of boys parroting the same nonsense they hear from their parents and from Fox News, pushing for faux legislation that places every possible restriction on abortion and absolutely none on gun ownership. The main quartet gets a crash course in pandering to or exploiting those ideas.

In our connected age, social media also plays a major role in the campaigns. One party has an arsenal of memes ready to go, and the other struggles to get out a unified message. At one point, an Instagram photo of one would-be candidate at a March for Our Lives rally gets him painted as a radical who wants to take your guns.

At times, the boys are shockingly naive about the way politics works. At others, they seem wise beyond their years.

All of them are much more idealistic than they will be in the years to come as disappointed voters and/or frustrated politicians.

Still, it’s fascinating to watch one kid go from one of thousands to a major candidate in a week’s time. He’s still subject to the whims of uninformed voters but also not yet corrupted by the money and connections real politicians need to win.

For that reason and so many others, Boys State is a fascinating look at the leaders of tomorrow — for better or for worse.