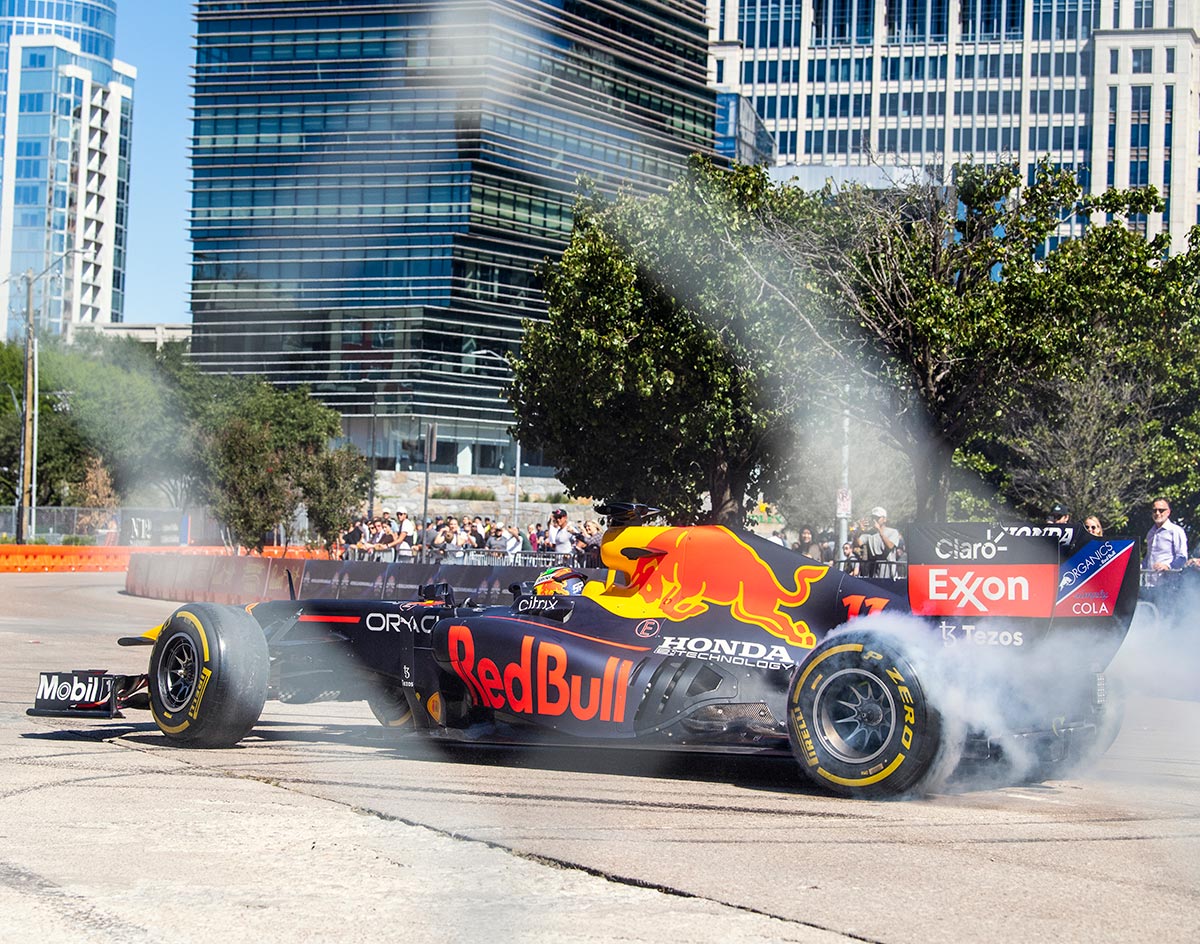 Right After He Raced A Car Through The Streets Of Dallas, The Beloved Mexican Motorsports Hero Told Us Why He’s So Hyped About F1’s Growth In North America.

Immediately after he drove a Formula 1 car through the streets of Downtown Dallas as part of a thrilling Red Bull Showrun on Saturday, October 16, we caught up with Red Bull Racing Honda driver Sergio “Checo” Perez to talk a little bit about his sport’s future in North America.

Given that our talk came mere minutes after thousands of race fans gathered to cheer him on as he zoomed through a closed-off stretch of road that cut right through the city’s Harwood District and Victory Park neighborhoods, perhaps it wasn’t too surprising to hear the Mexican driver feeling excited about F1’s growing popularity in his home continent.

But, after having reached the podium in the Turkish Grand Prix just six days prior, he was also optimistic during our talk about his chances at F1’s U.S. Grand Prix race down in Austin this coming weekend. And, well, when it comes to racing, it seems Perez very much knows what he’s talking about. We thought he was joking when he said that the bumpy temporary street circuit the Red Bull Showrun provided him in Dallas would help him prepare for similar conditions at Austin’s Circuit of the Americas the following weekend, but it seems there may have been some truth to what he was saying: On Friday, Perez clocked the fastest lap time of any driver on the grid during the U.S. Grand Prix’s second free practice run in advance of Saturday’s qualifying sessions.

We suppose this means that the other revelations Perez shared with during our brief chat — including his thoughts on how more North American drivers can break into F1’s elite ranks, and why the addition of the Miami Grand Prix to the racing calendar in 2020 means he’ll soon have three home races a season — are likely to soon prove themselves true, too.

Hit play on the below embed, and join along as we speed into the future with Checo at the wheel.