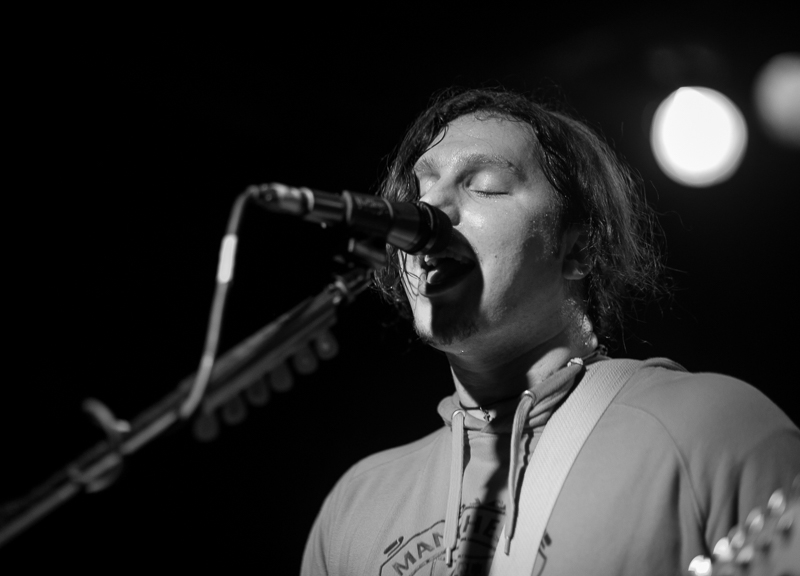 Over 30 Years, Prophet Bar's Seen Its Share Of Ups and Downs. So Did Its Anniversary Weekend.

When I was a spoiled college kid in Westchester from 1987 to 1991, I frequently took the Metro North trains into NYC to acquire whatever bits of (counter) culture I could stumble upon. At night, I'd walk the wrong way down Bleecker Street, ending up in the West Village, with every intention of arriving at CBGB's on Bowery. I was sorely in need of guidance in both a literal sense of navigating and in a figurative sense of finding whatever the hell it was I was looking for.

In the daytime, it wasn't unusual to drop out of a seemingly dissociative state on my way out of a record store — sometimes on St. Mark's place, sometimes Tower Records. I'd have a stack of 10 or 15 CDs in my hands, having binge-abused the “emergency only” AmEx card my mom had left in my custody. I still have all those CDs stored away in boxes, having ripped them all to a digital drive, and I think I can still remember why and where I bought every one of them.

I had no guidance because I was too deeply insecure and too embarrassed not to already know everything (or anything) about the kinds of music to which I gravitated. One obvious strategy was to buy more releases from bands I already knew I liked. In the early '90s, just about every LP and cassette was being reissued on CD. This is when I loaded up on the works of R.E.M, the Violent Femmes, The Minutemen, XTC the Dead Kennedys, the Jim Carroll Band, Circle Jerks, XTC, AC-DC, Bad Religion, Bauhaus, Bowie, The Jam, The Beatles, Sonic Youth, Siouxsie, Wire and so on.

Dude You Rock is a Who's Who of late-'80s Dallas bands including Course Of Empire, Three On A Hill, DDT, Rigor Mortis, Loco Gringos, Shallow Reign, Lithium X-Mas, Hash Palace, Reverend Horton Heat, Last Rites and End Over End. Any of them could be found playing at the few clubs around Deep Ellum and elsewhere in the city at the time, but all of them probably called one or both of Russell Hobbs' sister clubs on Commerce Street — the Theatre Gallery (TG) and The Prophet Bar — their “home” venue from about 1984 to 1989 or so. Those places are where I saw what few shows I could back home in Dallas, because those were the two places I could inexplicably get my underage self through the door.

There's no point in rehashing much of this club's story since Deep Ellum's most persistent historian (and former TG booker) Jeffrey Liles wrote the benchmark narrative of this stuff a few years ago in the Dallas Observer. Suffice it to say, though, that any Dallas band that later rose to “alternative” (and sometimes mainstream) fame probably paid their dues at TG or Prophet, including just about every band on the Dude You Rock compilation and even SST bands like the Meat Puppets and Twin/Tone's Soul Asylum.

And it turns out that, though I hadn't had the chance to see them on inevitable tour stops TG or Prophet, one of the CDs I'd picked up in New York (on the basis of a buddy's SST compilation) was the Meat Puppets' Monsters. Admittedly, I may have confused their name with that of Michigan/DC punk band The Meatmen, but I kept the CD nonetheless. And if the Meat Puppets and the Meatmen had ever sounded similar, the former had few, if any, vestiges of its earliest punk incarnations by the time Monsters came out.

Monsters was a weird-sounding record, especially since I'd been expecting punk rock anti-heroics. Its easy harmonies, flat dynamics and several long, noodly guitar solos were exacerbated by early/shitty CD remastering techniques. It left me confused. I honestly had a little trouble understanding why the Meat Puppets were held in such esteem. A few years later, though, their association with Nirvana warranted a revisit to the record. It left me no less mystified.

This past weekend, Russell Hobbs celebrated the not-quite-contiguous 30-year anniversary of TG/Prophet with a weekend that included a Friday night full of people who helped start the scene in which TG and Prophet originally flourished. The math that adds up to three decades only works if you ignore some prominent gaps and include an all-ages Christian iteration of The Door housed in a building that sat on the site of what will be the first Deep Ellum high-rise — but, hey, don't let technicalities spoil the spirit. It's pretty amazing that so many people who contributed to the burgeoning scene of the early/mid-'80s are still around and contributing once again to a Friday night in Deep Ellum.

At about 11 p.m. on Friday, my social network lit up with posts from numerous friends that celebrated the appearance of drummer Earl Harvin returning to perform with Ten Hands at the first of the Prophet's two-night celebration. Ten Hands was perhaps the greatest band of the late-'80s/early-'90s house party (or any party) scene up in Denton. Then more push notifications came: Shallow Reign topped its performances from the Theater Gallery reunion show a couple of years ago at The Door; Carty Talkington, auteur of cult film Love & A .45, made the local debut of his band Texas Radio featuring Dave Mabry (whose roots go back to End Over End and the earliest incarnations of Horton Heat's band) on drums; and surf-rockers The Buena Vistas, no doubt, evoked the ghosts of the legendary Loco Gringos, with whom they share a long and overlapping history. The Door's director of many hats Angie Zihlman estimates that there were nigh on 500 people darkening the front door that night.

Bolstered by the internet enthusiasm of Friday's crowd, I figured things would be even better for Saturday night's bill. After all, Dallas audiences are infamous for eschewing local bands in favor of established acts, and the Meat Puppets and Soul Asylum have deep roots. So it was a bit disappointing — but not a huge surprise — that Form of Truth, the local opener for the bill, was playing to what looked like the beginning of a high school dance. The walls were lined with about 100 people and the vast expanse of floor between the stage and the sound booth at the back of the room was completely empty.

It was still pretty early, and Form of Truth seemed to be working out on stage its arrangements on a couple of songs. It's pretty hard for a band to muster and focus its energy when the floor in front of the stage is a desert. But that's how venues are supposed to work — support the young local bands by pairing them up with established bands. And nothing signaled this group's relative youth more than its stage-thanks, which celebrated “keeping the spirit of the Gypsy Tea Room alive.”

But people kept trickling in. And, by the time the Meat Puppets hit the stage, looking exactly as grizzled as their long history of touring, drugs, prison and about 10 record labels would warrant, almost everyone in the building moved to the front of the stage. It wasn't a big crowd, but the Kirkwood brothers, their son/nephew Elmo Kirkwood and drummer Shandon Sahm seemed happy to be there with 200 or so true-believers, delivering a great set. I don't recall recognizing any songs from Monsters, nor do I recall them playing their most famous song, “Backwater” (Three Links co-ower Scott Beggs later reminded me that this had been a 1994 hit), but the die-hard fans seemed quite satisfied with the diverse selection of cow-punk, long jams and acid-rock songs culled from the group's 30-plus-year discography.

The crowd thinned noticeably by the time Soul Asylum hit the stage, leaving a smattering of 30- and 40-somethings to wax nostalgic over the surprising number of the band's songs that have woven their way quite sustainably into pop culture. For real Soul Asylum fans — if more had been there – this might've been a polarizing experience, separating those who pinned their memories to the original band lineup of Twin Cities misfits versus those who are attached to the catchy tunes and could care less as long as “Runaway Train” sounds exactly like they remember. If you're in the latter group, though, you were golden.

Frontman Dave Pirner, whom I confess I remember better as Winona Ryder's boyfriend, has surrounded himself with some killer hired-guns these days, including drummer/producer Michael Bland, whose mountainous presence echoes a mountainous résumé that includes long stints with Prince, David Crosby, Paul Westerberg, Mandy Moore and a rogues' gallery of Minneapolis musical luminaries. Bassist Winston Roye has pulled multi-instrumental gigs on Broadway, and toured with John Doe, Enrique Iglesias, Jewel, Ace of Base and Lauryn Hill. Pirner leans on fellow Minneapolis rocker Justin Sharbono for lead guitar duties, and the result is a note-perfect (if you disregard the continual house audio difficulties) and measured delivery of songs you forgot you were familiar with.

But where the Meat Puppets managed to calibrate their energy to the crowd at hand, Soul Asylum's side-guys seemed to choose a cheerful detachment and just clocked in for another gig that interrupted their otherwise peaceful, if boring, stay on their tour bus. This left Pirner's stage antics looking like an incongruent effort to raise the dwindling crowd's enthusiasm. Or like a caricature of his former self. Or both. It's a shame that Dallas, which must have plenty of Soul Asylum fans, couldn't bring more to the table. It's a shame, too, that Soul Asylum couldn't find a better connection with those who stuck around.

It's hard to say what this show represents with respect to the Prophet Bar's legacy, Deep Ellum's current climate or just about the bands themselves. Hey, these things happen, right? On any given night that goes worse than expected, a lot of fingers get pointed among the band, the promoter/venue and the audience. And all those pointy pointers probably have, well, a point. In the intermittent three decades of history of the Prophet Bar, this probably isn't the first time that current and formerly acclaimed bands (maybe even these very bands) might have been disappointed with the turnout and/or checkout. Nor is it the first time in 30 years that a Deep Ellum venue has had a killer Friday and a sad Saturday. Scott Beggs, who booked The Door's space in the '90s and '00s when it was part of the Gypsy Tea Room, has publicly made that point more than once.

Some things never change, I guess.

On that note, I would like to end this by addressing my mother: Since I probably didn't say it 30 years ago, thanks for the records and sorry for taking advantage of your credit card. 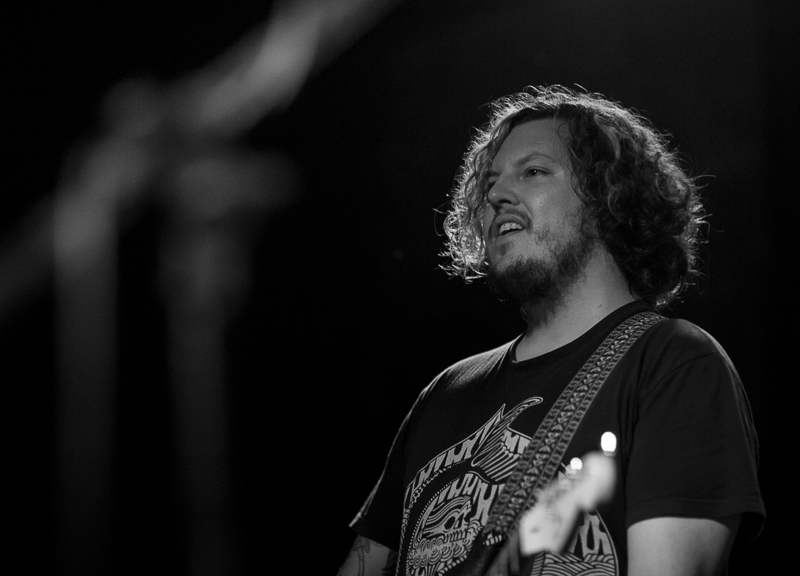 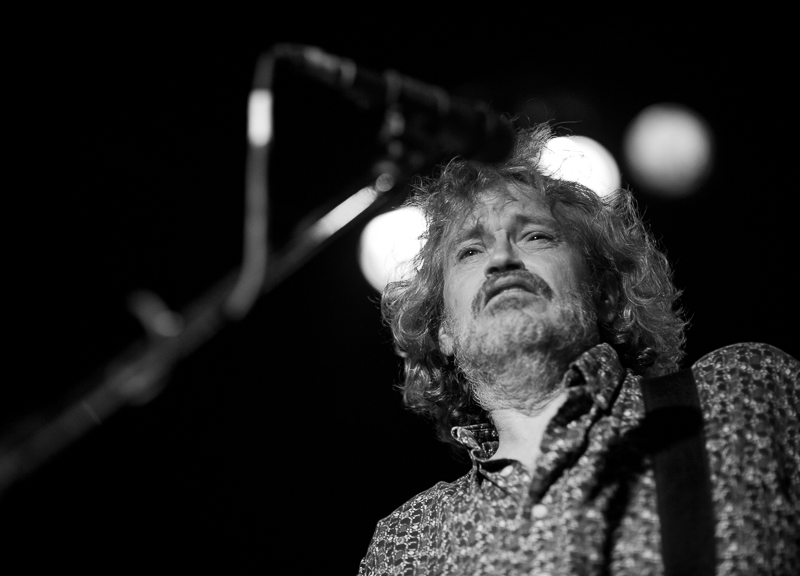 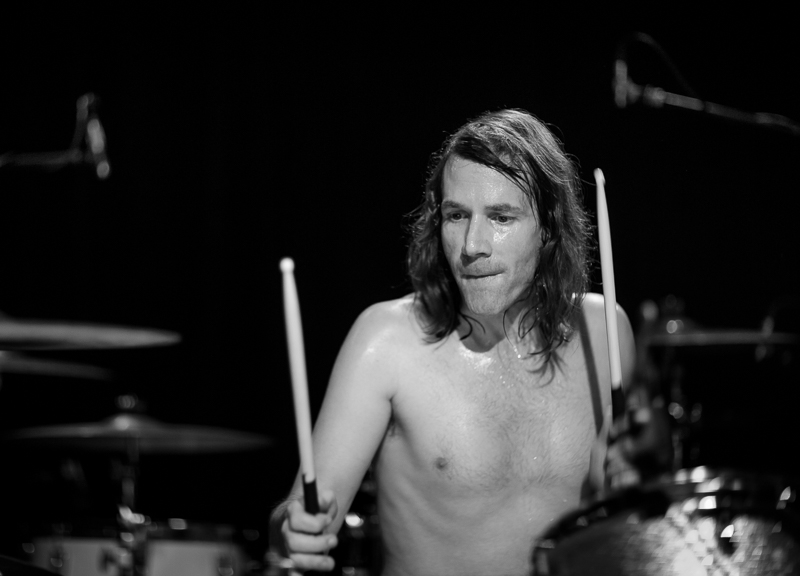 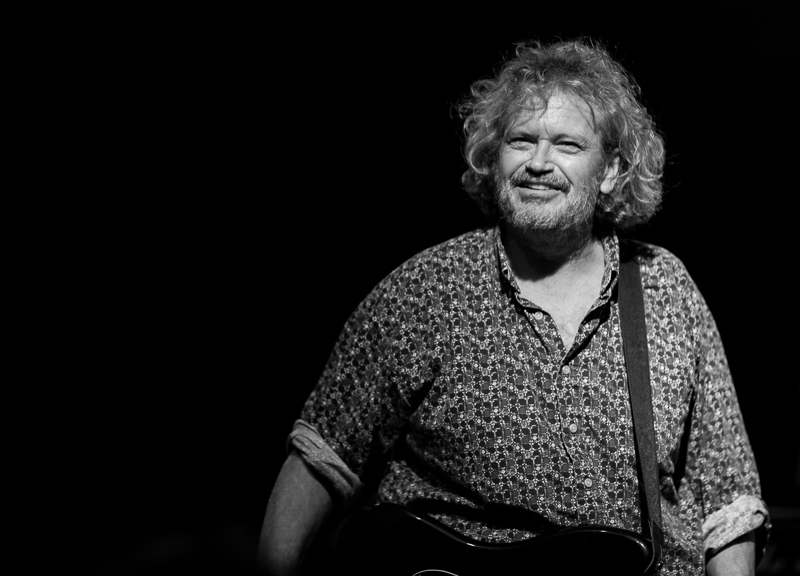 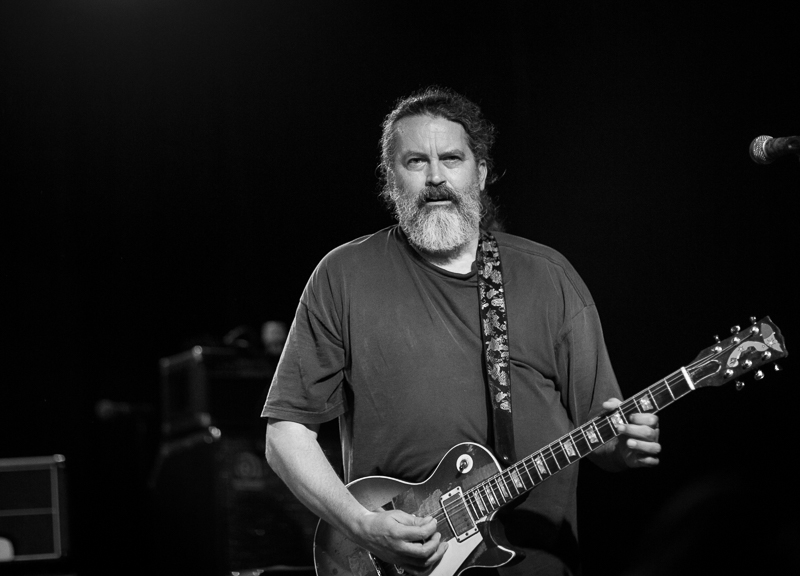 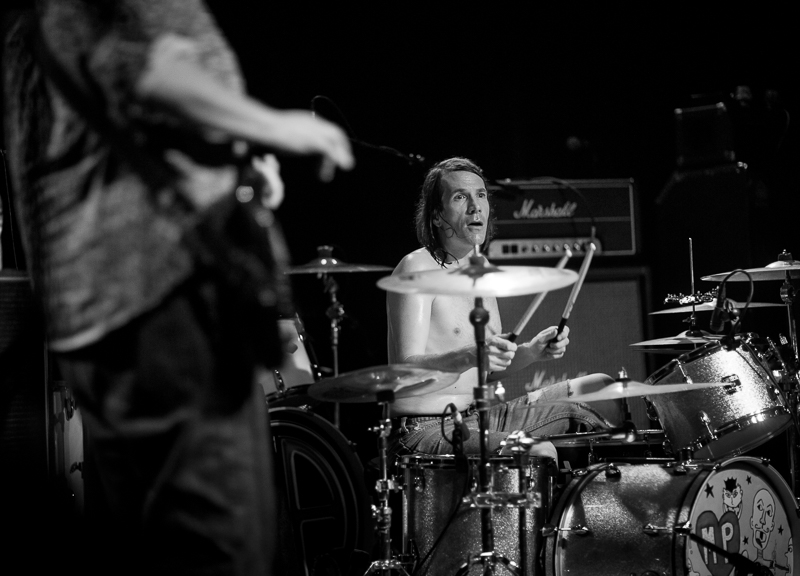 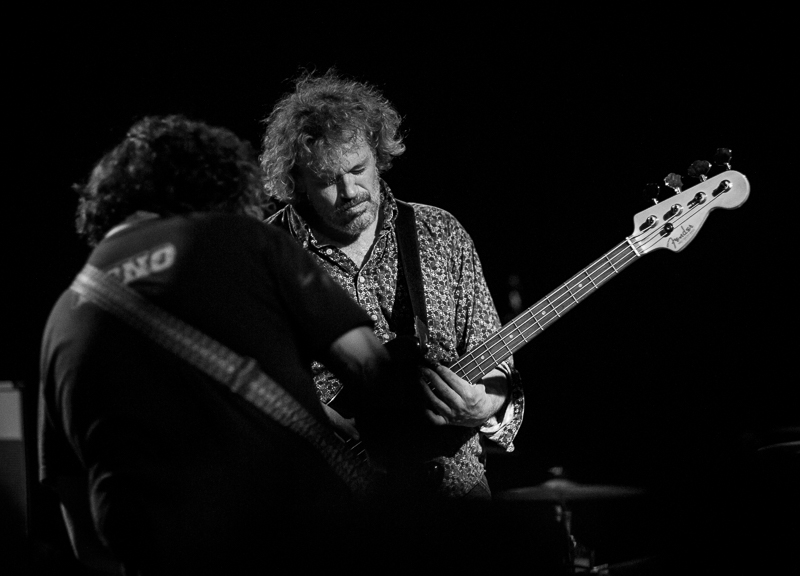 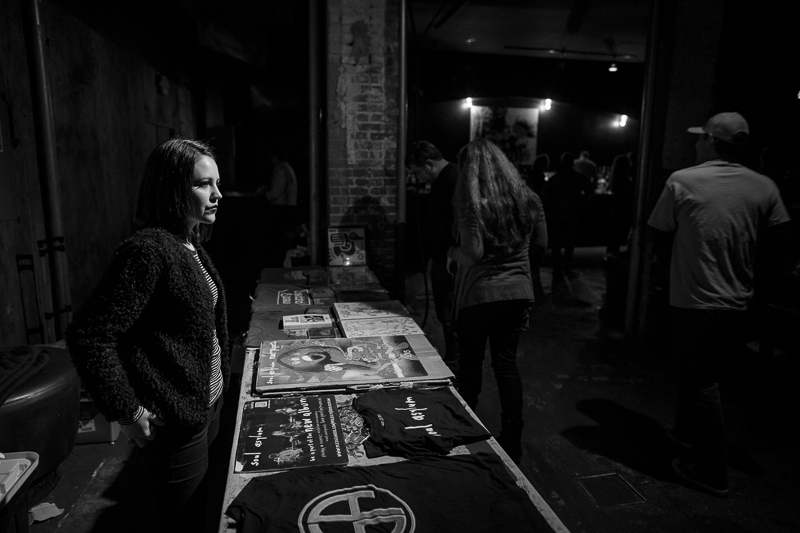 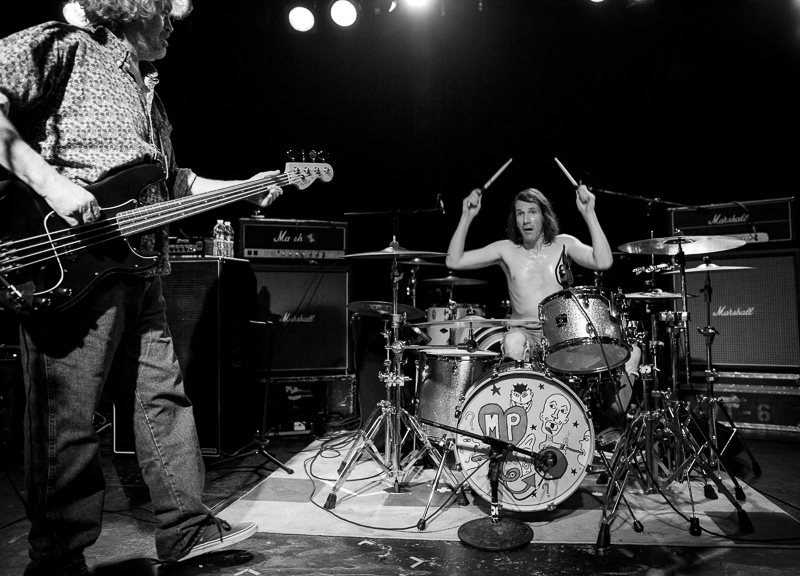 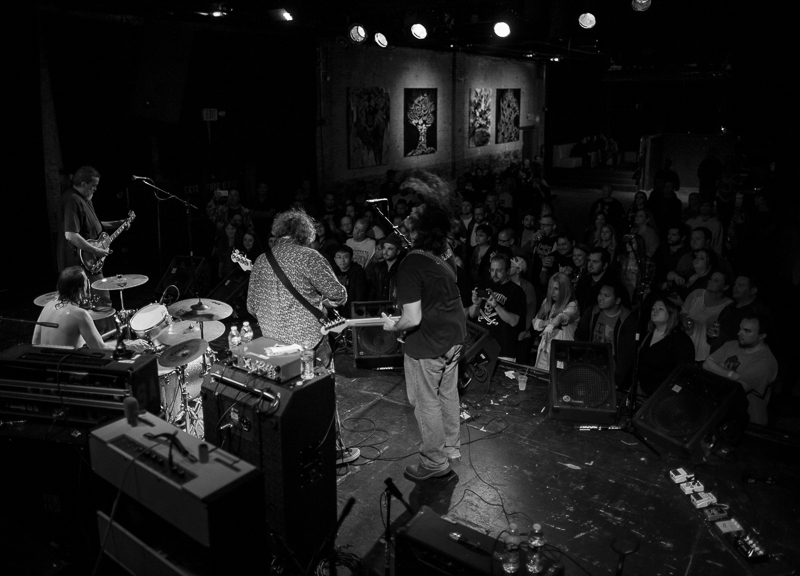 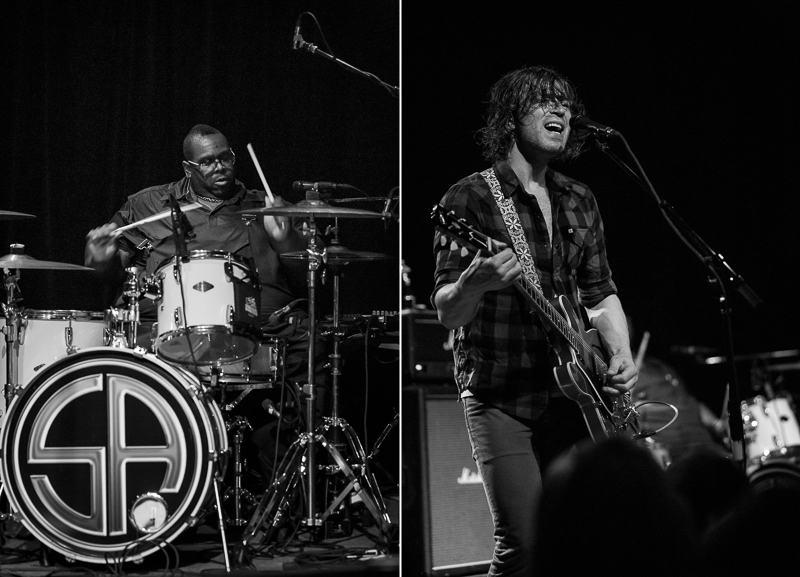 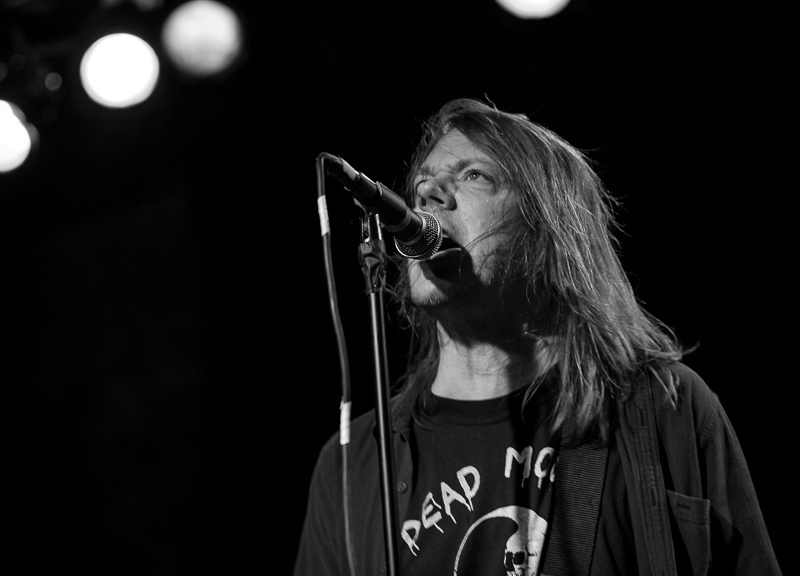 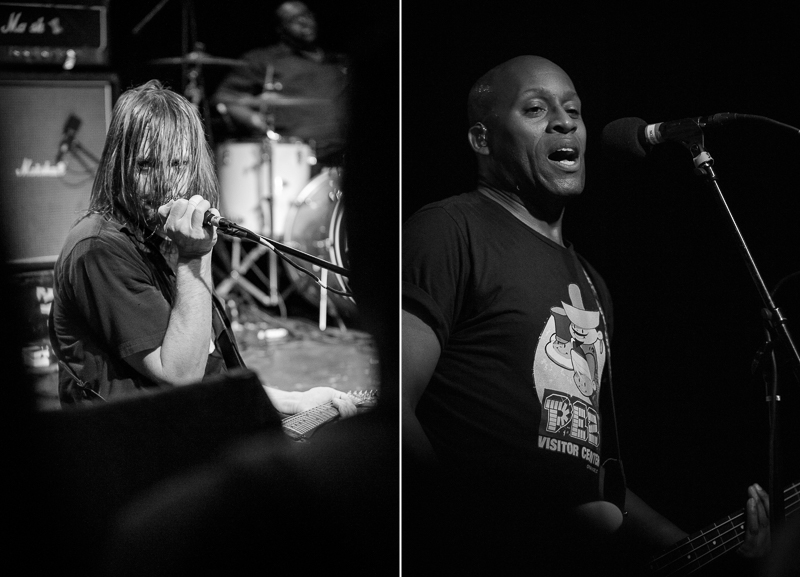 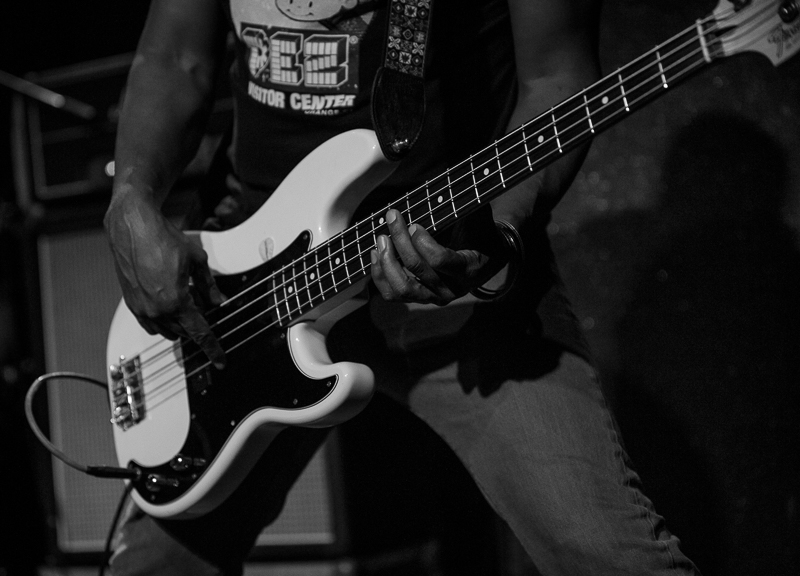 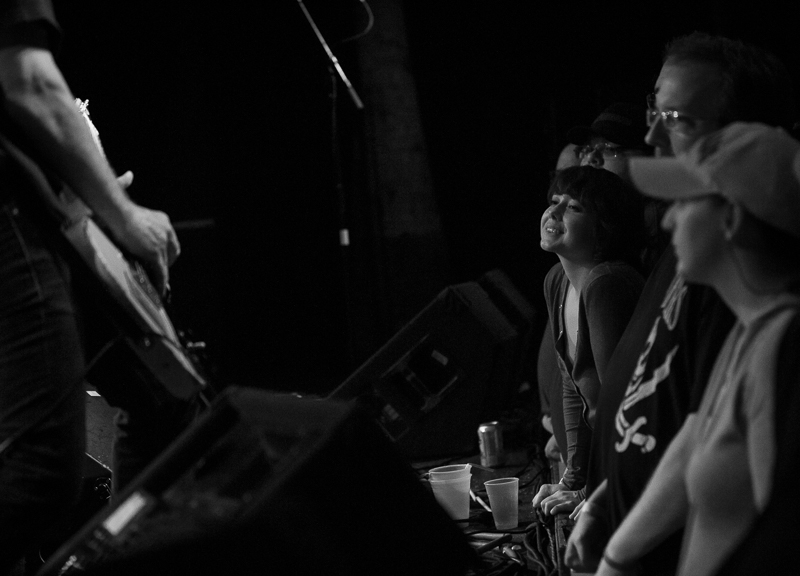 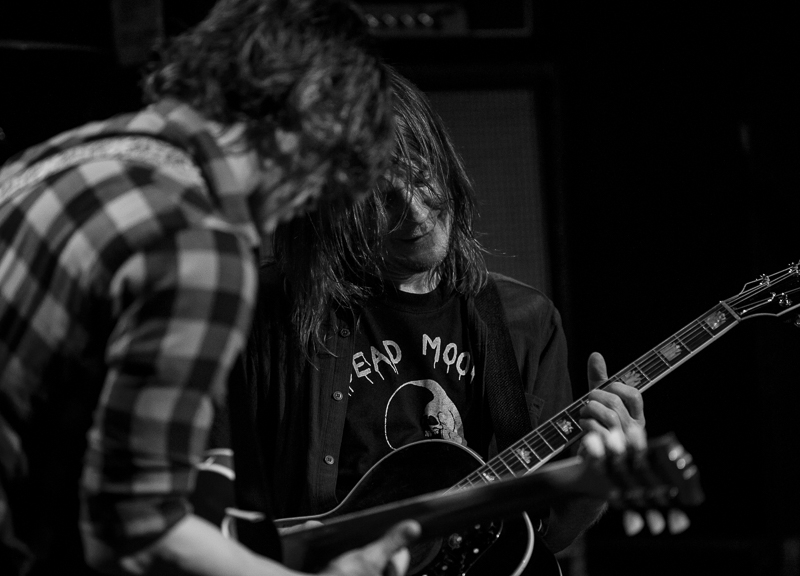 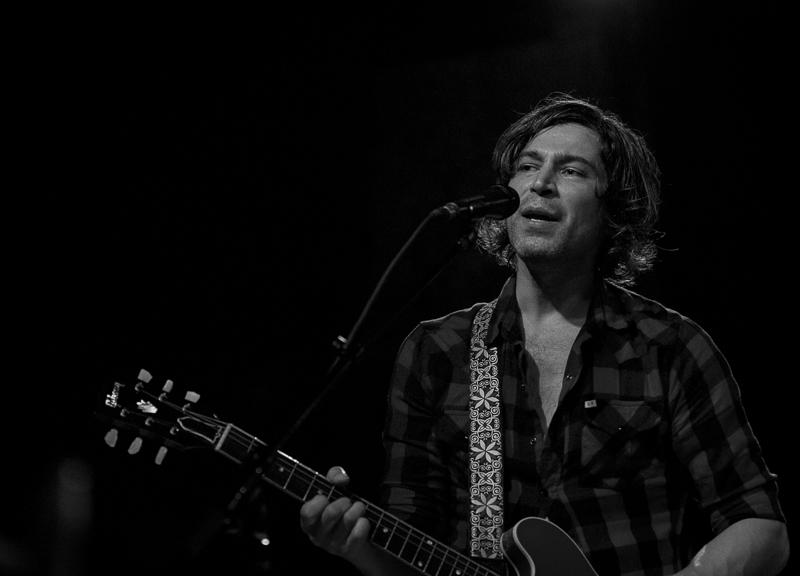 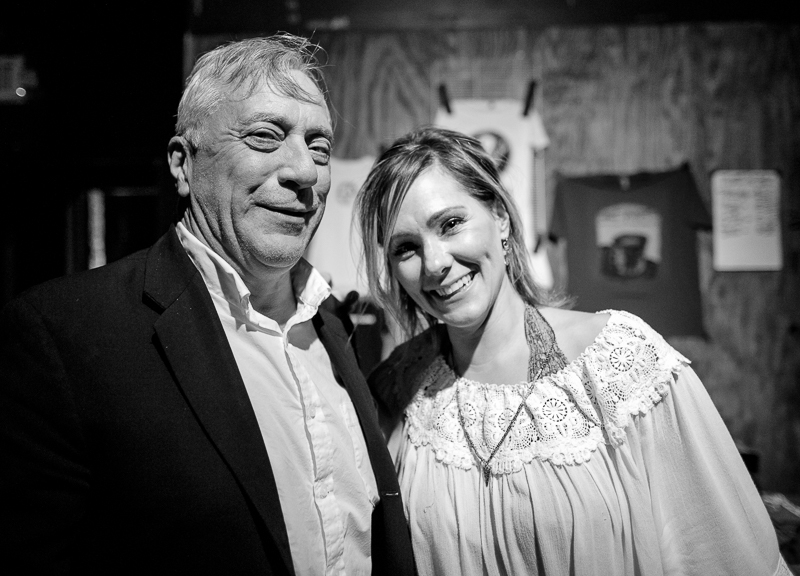 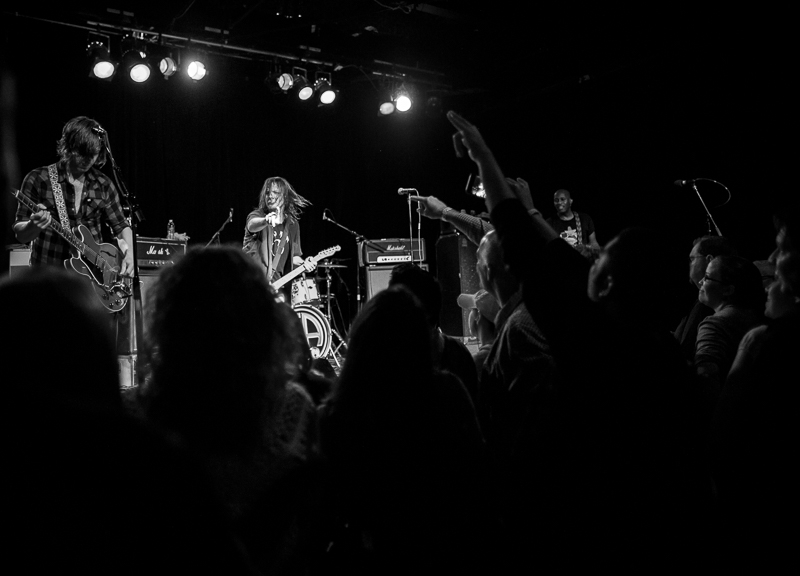