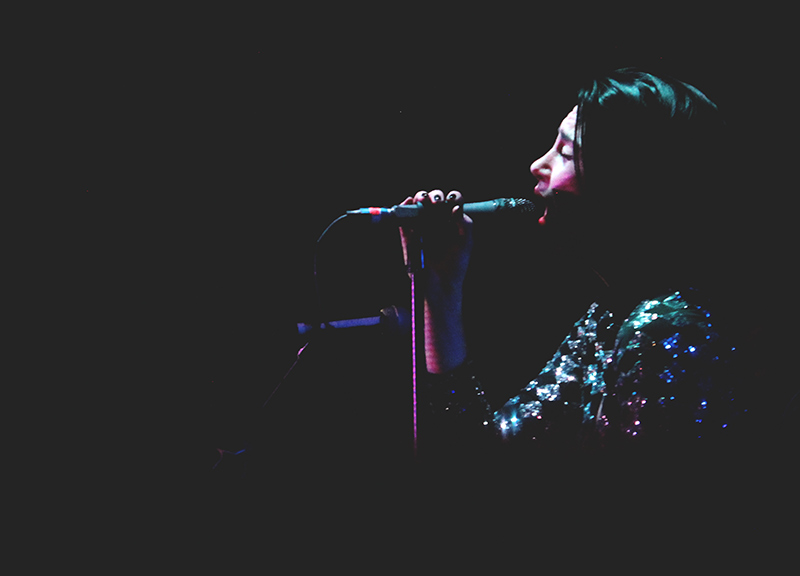 Of all the shows that rolled through town this weekend as a result of Fun Fun Fun Fest spillover, Friday night's Dum Dum Girls show was arguably the most charming.

Unless we're missing something here, there's really no reason why bassist Malia James wouldn't have been along with her band during previous stops through the region since joining the Dum Dum Girls' ranks in 2012 — performances at 35 Denton and the annual SXSW-followup that is Spillover Fest included. But, whatever the case, Friday night's stop at Dada almost seemed specifically determined by the band to serve as a homecoming of sorts for the Dallas-raised bassist and former One Ton Records intern, who frequently called out her connections to town over the course of her band's performance.

“I got my first tattoo like a block away from here,” announced James excitedly about halfway through her band's appropriately hazy and Phil Spector-influenced set.

From there, James, whose efforts as a photographer documenting her band's behind-the-scenes goings-on are just as winning as her bass playing, continued to doll out call-outs to her hometown and her appreciation for the warm reception it offered her on this night: “Whenever we have a nice crowd, I wanna say, 'Y'all are so nice,' and I don't,” she said a few minutes later. “But I can say it to you: Y'all are so nice!” Later, she flashed a little Dada user experience know-how when she asked her mother to cheer and make her attendance known, but only heard silence in return: “She's probably smoking pot out on the back patio.”

It all added up to a rather intimate display — a sentiment abetted by the fact that frontwoman Dee Dee Penny would spend her time after the show performing a free-to-attend DJ set at Dada's new next-door affiliate, Off The Record.

And it was an endearing one, too: In the past, Dum Dum Girls sets in town have been notable for the fact that the band's been so consistently detached and stoic in its performance. This set, which found the band touching on tracks from across its now seven-year history and relying heavily upon its just-released Too True LP for Sub Pop, was the polar opposite of those earlier showcases — in part because of James' revelations, but also because of Penny's current role, in which she solely serves as the band's vocalist and doesn't have to bother herself with the band's instrumentation. In turn, she connected better with this crowd than she has in past shows, sometimes taking advantage of Dada's front stage lip to get right out into her audience's faces.

It was just a far warmer effort. And there was no doubt that the band's show was all the better for these changes. But lest anyone needed proof of it, they could find it next-door as Penny could barely attend her laptop and manage her DJ set for all the fans surrounding her booth and asking that she autograph their just-purchased posters and LPs. If the smile Penny wore as she interacted with those fans was any indication, she was as pleased about this Dallas show as she'd ever been about any in the past. Her smile, which you can see in the below photo set, was spread ear to ear.

Told you it was a charming show. 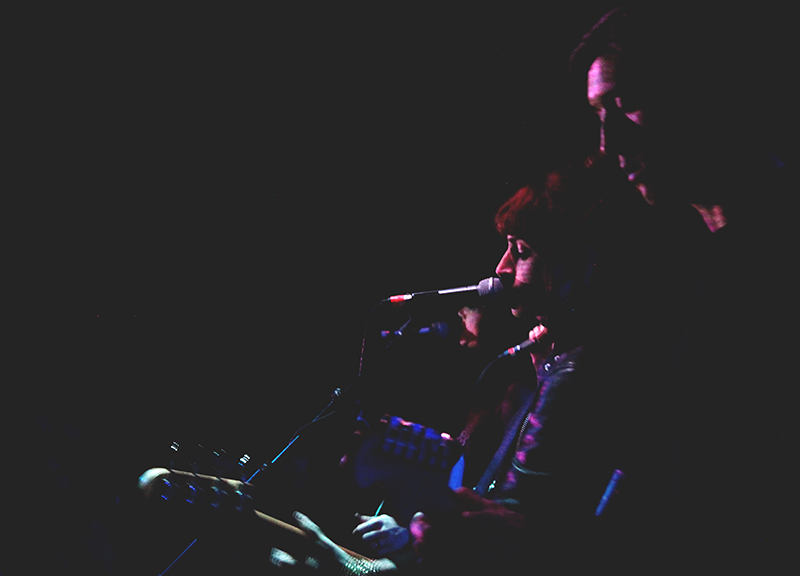 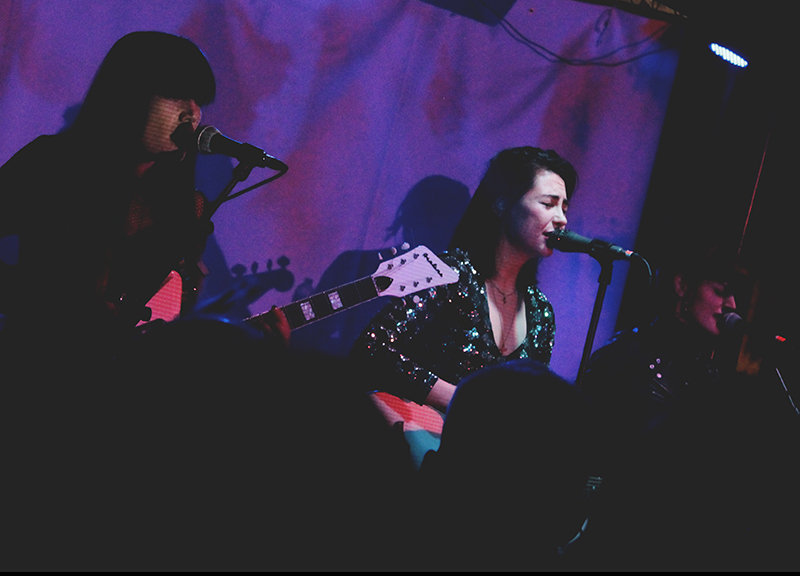 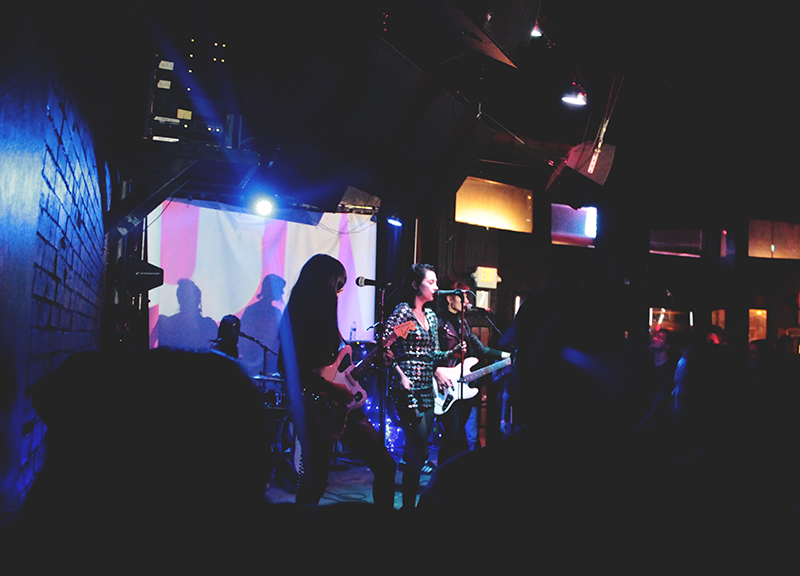 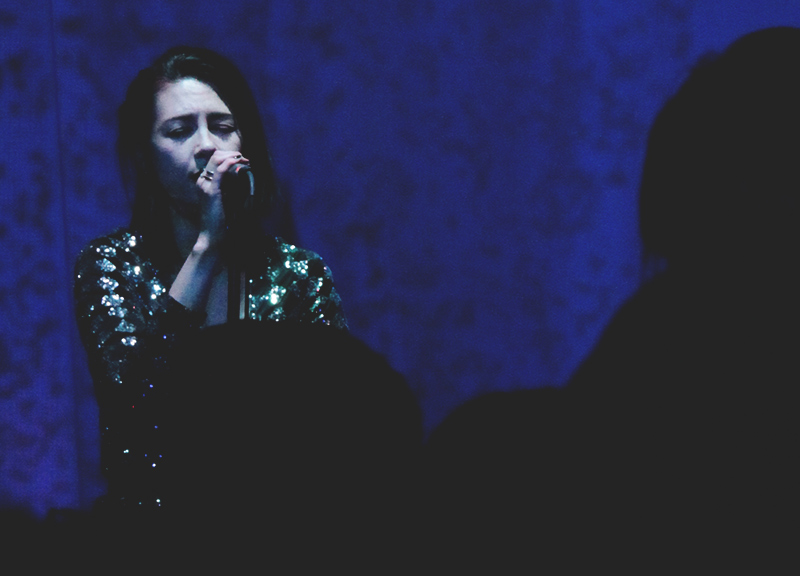 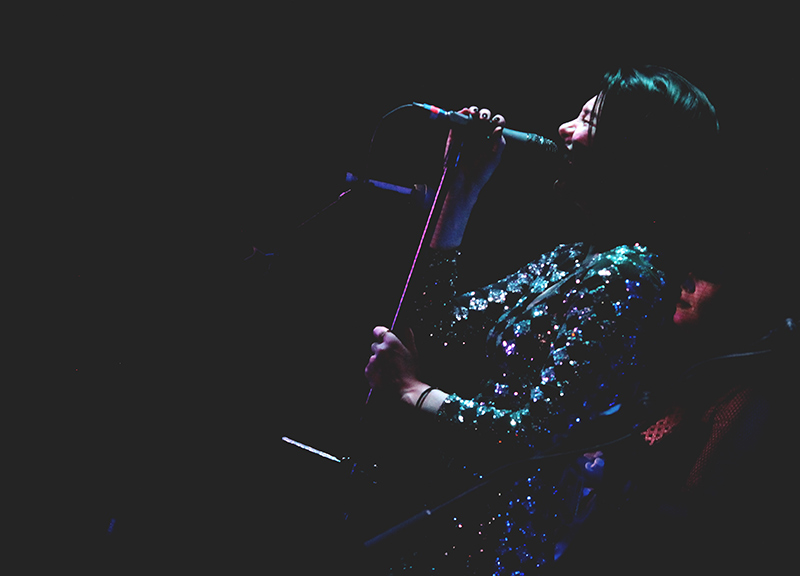 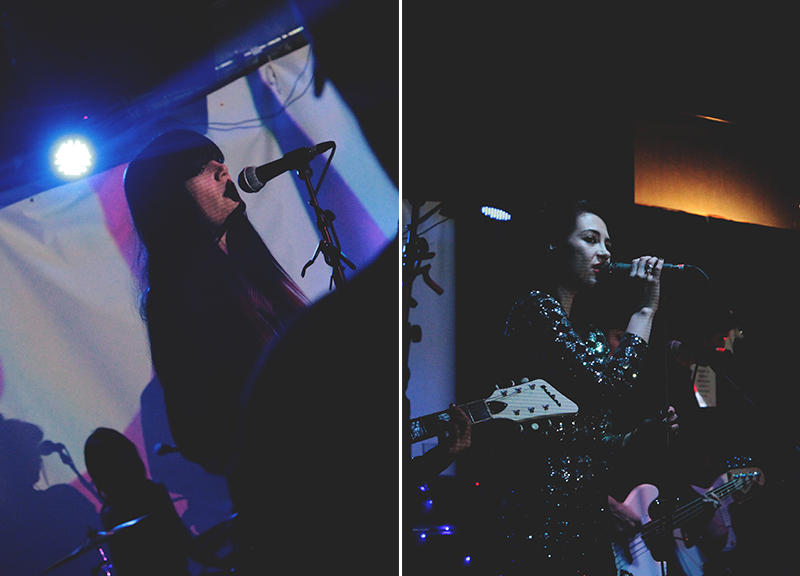 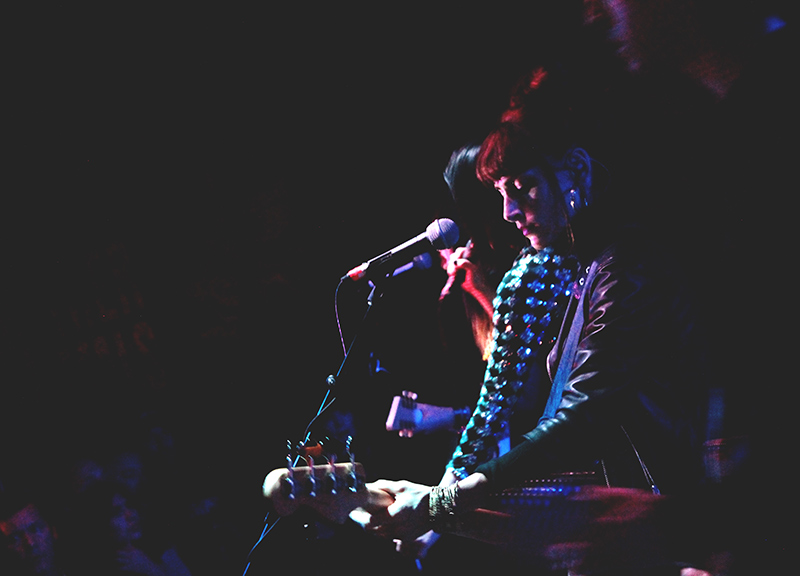 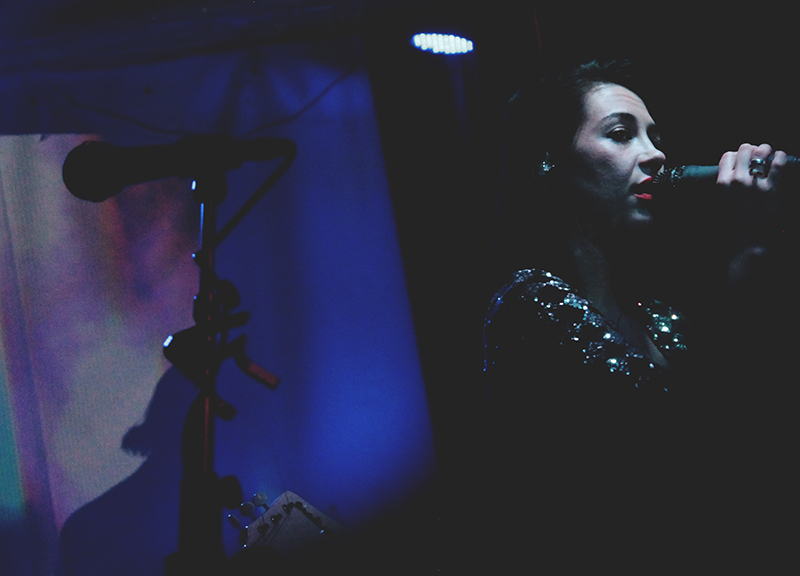 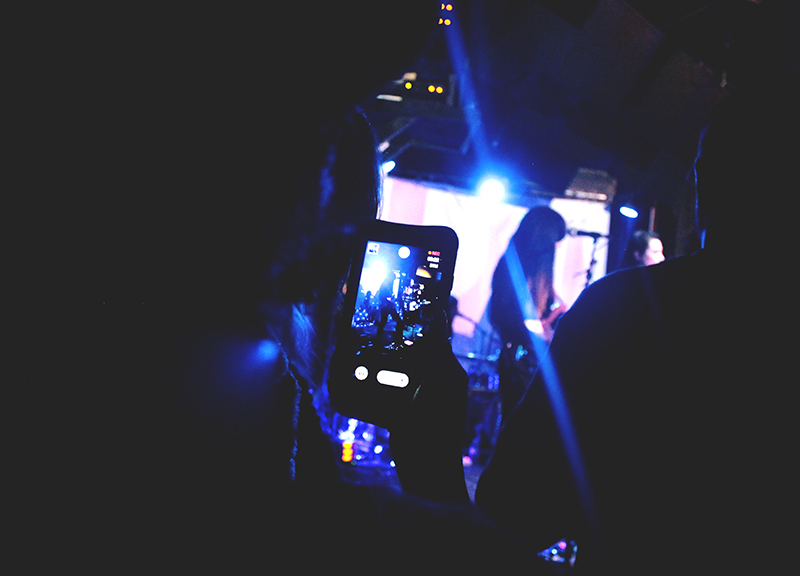 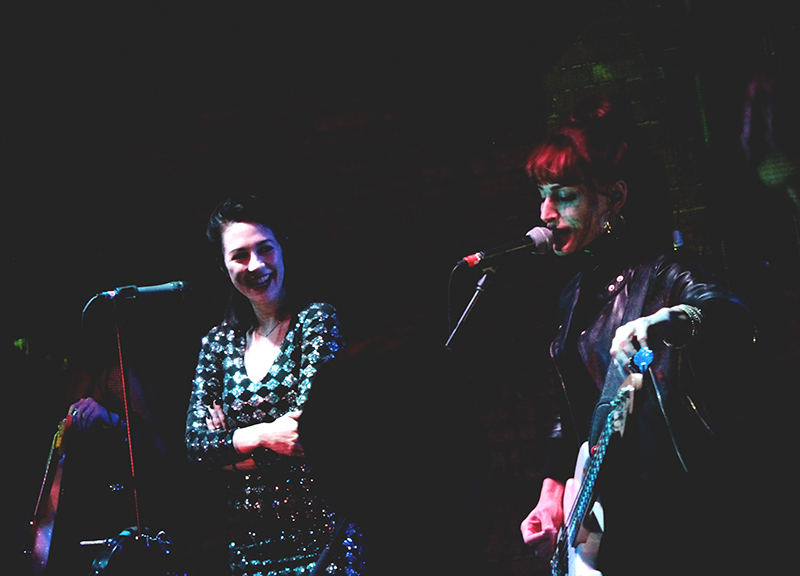 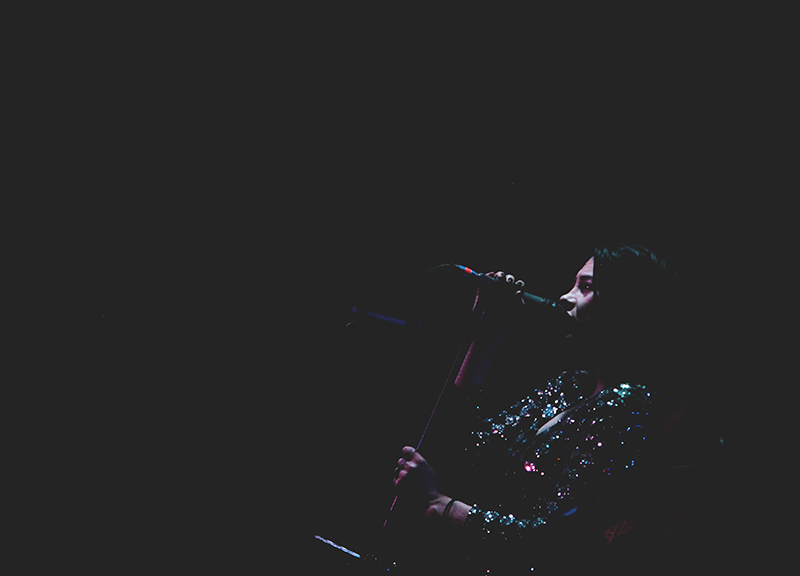 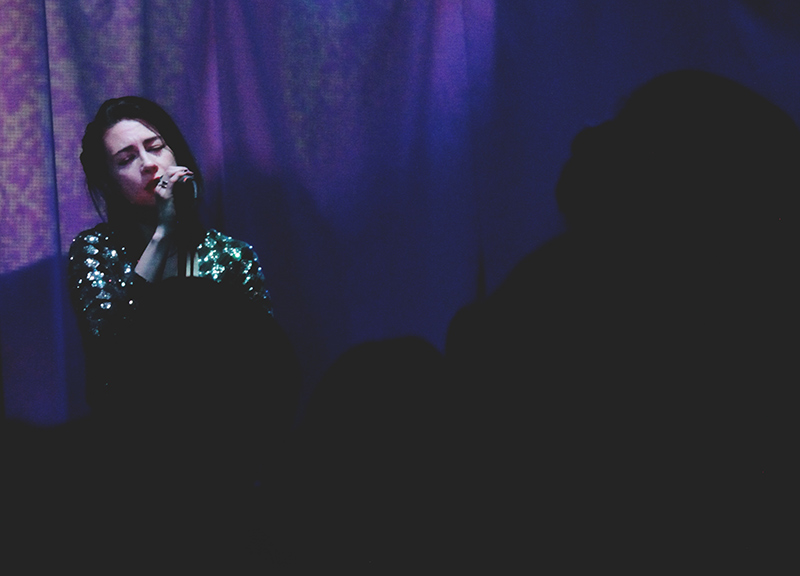 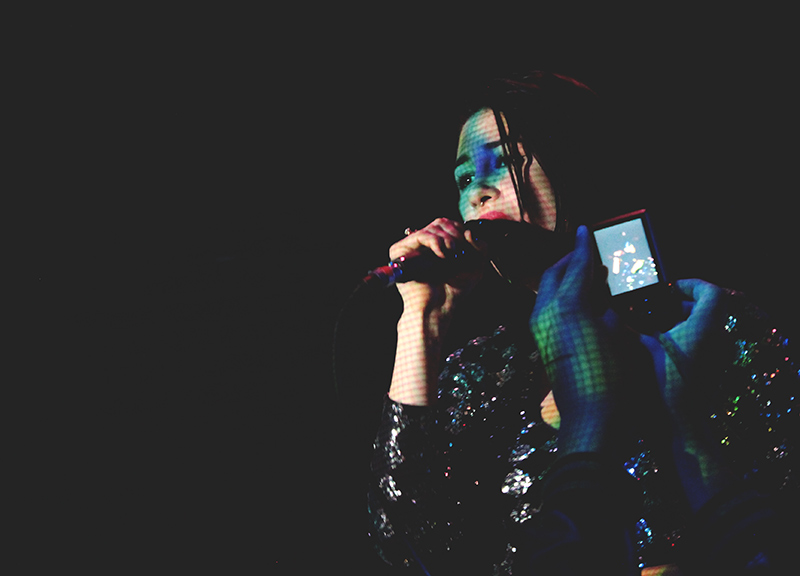 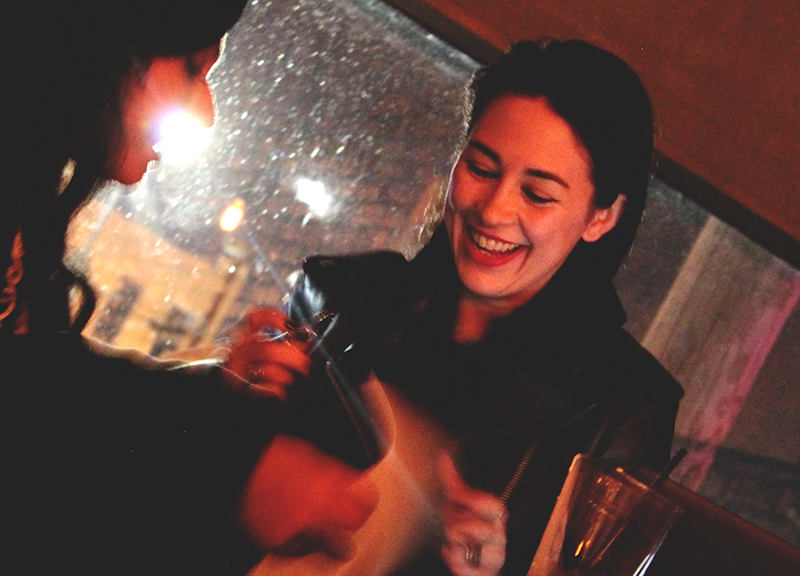