A Look At Tony Romo’s Surprising Popularity In Rap Lyrics. 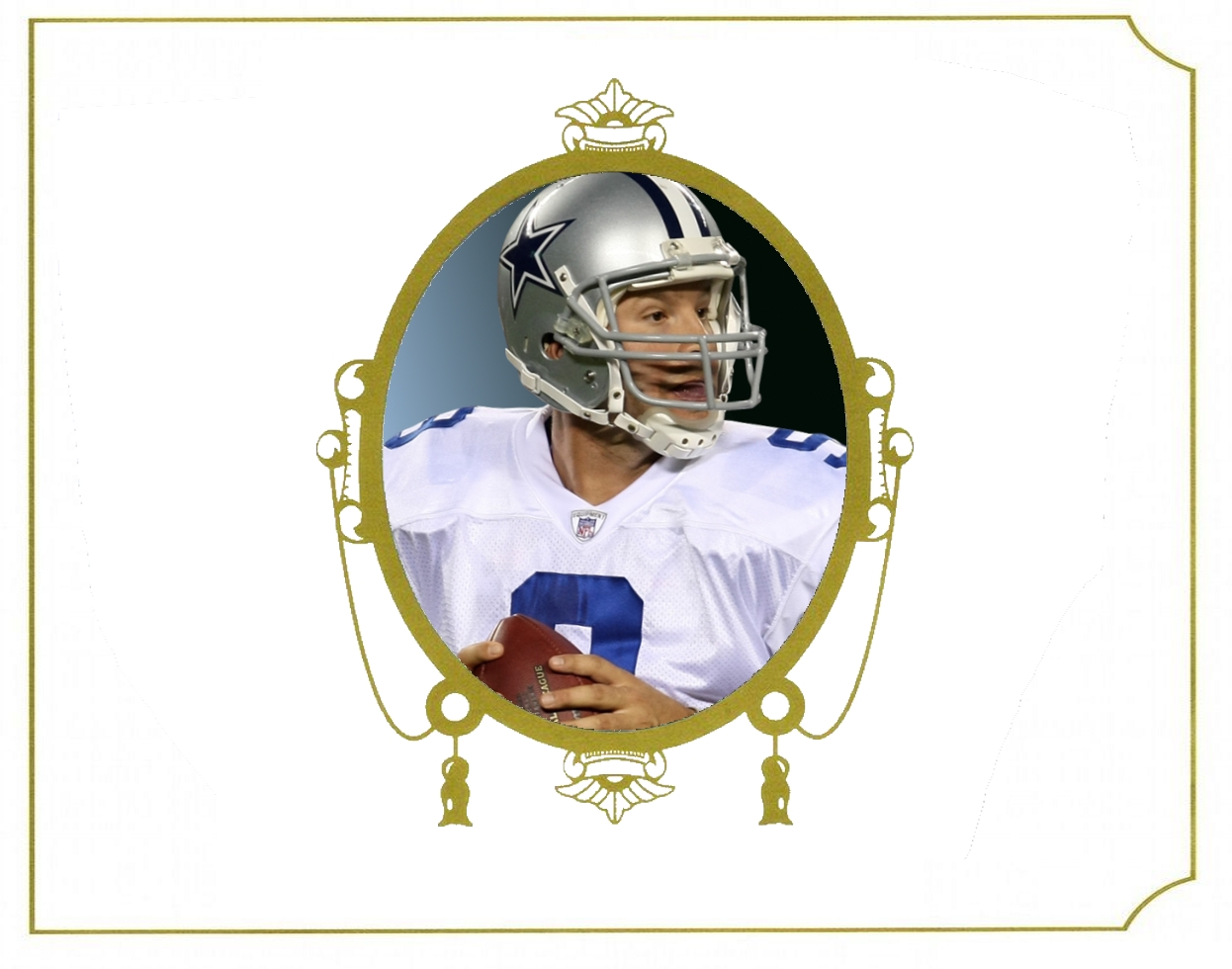 The Whole Nine Yards: In Honor Of Tony Romo’s Retirement From The NFL, Let’s Take A Look Back At 29 Times When His Greatness Was Name-Checked In Rap Songs.

This week, Tones Romes ended his tenure with the Dallas Cowboys so he could take up a spot in the NFL on CBS broadcasting booth.

He never won any Super Bowls, no. But the perennially underrated Jedi QB will still go down as one of the all-time great Cowboys, leaving his post as the team’s all-time leader in passing yards and touchdowns thrown.

He’s also, far as we can tell, retiring as the team’s all-time leader in rap song name-checks. Perhaps that’s because, whereas the casual sports fan hasn’t always been quick to recognize Romo’s greatness, the sports-adoring hip-hop set has. Sure, maybe some of it has to do a little bit with the fact that Romo is an easy rhyme with words and phrases like “promo” and “no homo,” and probably a lot to do with the fact that Romo’s No. 9 number is also slang for a weapon, but if the dude couldn’t ball, these rappers likely wouldn’t bother.

There’s a reason, for instance, that there aren’t many songs about Mark Sanchez.

To that end, and in honor of Romo entering into the next chapter of his life, we present the following collection of 29 tracks — out of many more — in which mainstream rappers have name-checked Romo’s abilities.

Sure, Ezekiel Elliot might think that Romo has terrible taste in music, but it turns out that some great music has good taste in quarterbacks.

A Tribe Called Quest — “We the People…”

Lyric: “Dreaming of a world that’s equal for women with no division / Boy, I tell you that’s vision / Like Tony Romo when he hitting Witten / The Tribe be the best in they division.”

Lyric: “Got a few friends that give they cake to whores / Me that’s a no-no, Starks take control of a chick / Then I go deep like Tony Romo / Kick ’em right out and the day starts over”

Lyric: “Gucci going loco, had that cocoa loco / Shorty say I fucked her, I don’t really know, though / These ladies want a hug, baby want a photo / Blue and white diamonds bitch, I’m so Tony Romo”

Lyric: “These for the niggas that don’t know / I be throwin’ bullets Tony Romo”

Lyric: “Ima’ cowboy, cause i got that 9 on me / Tony Romo, grah grah get away from me / All my goons like linemen, you can’t get no sack from me / I took your bitch, I smashed your bitch, left her at the Double Tree / They call me Tony Romo, 9 on me, its solo / Got goons with me that’ll hit your ass up, nigga I ain’t talking bout no homo”


Lyric: “I ain’t playin’ ’bout this nine / I will shoot this bitch up like I’m Shyne / Dropped a foe, quarterback, Tony Romo”

Lil Wayne – “Back On My Grizzly”

Lyric: “You niggas suck like Tony Romo, no homo / And I’m all about my money, I get paid for promo”

Lyric: “Had a plan and stuck to it, you fuckboys is stuck boy / Bangladesh new shit ropin’ like a cowboy / On my Tony Romo shit, you niggas just some towel boys”

Lyric: “If you want it you can get it, come and sign up / We got choppers that will put that Tony Romo 9 up”

Lyric: “My position is quarterback like Tony Romo / Pretty bitches show me cameltoes”

Lyric: “Hutt one, hutt two, let it go yo, Tony Romo with a bag full of homegrown / And my hat down so low, you can’t even tell it’s me up in the mother fucking photos, yo (yo)”

Lyric: ‘Hey, first thing first, I hit the scene solo / I rep the triple D, Dirk Nowitzki Tony Romo / I can’t be touched, oh no, I’m flashy like a photo / My car paint like the AT&T logo”

Lyric: “Got diamonds by the boatload / Come with the Tony Romo / For causing all the bozos”

Lyric: “Got birds flying like Dumbo but I keep a 9 like Rondo / I locked the game, I got the code / Cash coming fast that pronto / Making plays, Tony Romo / Two bad bitches, they homo”

Lyric: “And I ain’t gettin shit outta this, I should stop it / But Tony Romo niggas stay gettin outta pocket”

Lyric: “Five mil on the tour no promo / I’m at the pussy niggas house no homo / (No homo, they suck like Tony Romo / So fuck them and fuck you too / Now go tell that to Bono)”

Lyric: “And I got the iron on me, bitch I’m never solo / Watch how quick I throw a bullet at yo ass, Tony Romo”

Lyric: “Every verse from now on is a muthafuckin Quote / For you f*ggot ass rappers, bending over for the soap / Yelling pause grand dad, NO ____ / Star bitches in the crowd like I’m Tony Romo”

Lyric: “Tony Romo with the 9, out in Dallas, running laps / Hail Mary to LA, baby I can bring you bag”

Lyric: “But you a cop like robo / No homo, bullets hit his ass, Tony Romo / Your MCM ain’t cool, he dressed like a hobo”

Lyric: “We cowboy these rappers like Tony Romo / Rip they posters, spit on they logo / Open the ProTools, erase they vocals”

Lyric: “Tony Romo bitch, I got my nine on me / Smoke his ass like some Vienna beef / She wanna smoke some earth and get up off some lean / I told her ass to fuck with me”

Hoodie Allen – “Get It Big Time”

Lyric: “Niggas want beef call me Tony Romo / You potatoes on the sofa / Lazy muthaf-ckas why you ain’t even trying / Rich or die trying why you niggas ain’t died yet?”

Lyric: “I’m a boss like Gambino / AK with the extendo / Then I go, take yo ho / Touchdown in that pussy / Like I’m Tony Romo / I’m lovin’ life, I’m lovin’ life / Just killed that boy then fucked his wife”