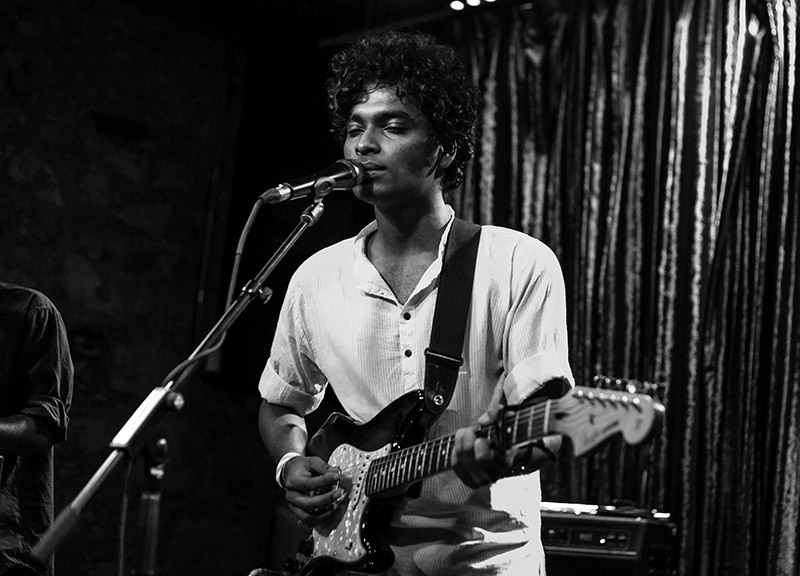 Before the first performers of the night took to Three Links' stage on Friday night, there was a palpable buzz in the air. You could truly feel the growing anticipation.

You could see it, too. Hours before the headliners of this affair, The Staves, would ever take the stage, the already-crowded venue was at capacity, filled with a hodgepodge crowd that mixed teenagers awkwardly trying not to crowd the stage — they wavered between acting as overzealous fans and wallflowers — with your typical Deep Ellum set and an older set of folks that carefully worked to find standing room among the teenagers.

Introductory conversations between these groups typically included some mentioning of discovering the night's headliners when they opened for the Grammy award-winning duo The Civil Wars last year at the House of Blues. In fact, most conversations about The Staves, a folk rock trio of sisters from England, usually involves mentions of acts such as The Civil Wars and Bon Iver (both of whom they've toured with) or the similarly likeminded Mumford & Sons and/or Laura Marling. Fans and critics alike seem certain: This family act is spearheading the next big movement in that genre of folk heavyweights. And, certainly, these sisters have already made a name for themselves already with their perfectly in-unison harmonies, garnering all sorts of attention at this year's South by Southwest on the heels of their March-released stateside debut, Dead & Born & Grown.

Finally, after capable opening sets from the Fort Worth-based Madras and the Chicago-based Musikanto, the trio confidently took to the stage and quickly jumped into the harmonies of “Gone Tomorrow.” And then it suddenly became clear: The sisters were nothing short of sirens. Yes, their harmonies could sink ships.

And while working through the material from that debut — as well as a new song that found its way onto that setlist — these sisters also showed off just how charming they can be. Between songs, they shared amusing anecdotes about how this was their first headlining tour of the US, noting the culture shock they've endured on the road — spotting numerous eagle statues with clocks in them, copious amounts of roadkill, being called “ma'am,” hearing “y'all” all the time, and finding an ample amount of trucks stops filled with such mementos as knifes inscribed with the words “I Love You.”

Still, despite the band impressively performing on par with their recorded sound, this was a chatty Dallas crowd — perhaps an unavoidable annoyance when the bar is only a few feet away from the stage as is the case at Three Links. At one point in the set, though, there was a moment of silence from the crowd: During the performance of The Staves' most well-known song, “Mexico,” not a single conversation or drink order could be heard.

For those few minutes the trio received the undivided attention they deserved.

Then, more laughter as the sisters made sure to note that being in Texas was as close as they'd gotten to Mexico so far.

With such sharp live performance chops and charming personalities, it seems only a matter of time before The Staves move out of the shadows of the bands they've opened for and become stars themselves. If only for a few minutes on Friday night, the crowd at Three Links saw that future right before their eyes. 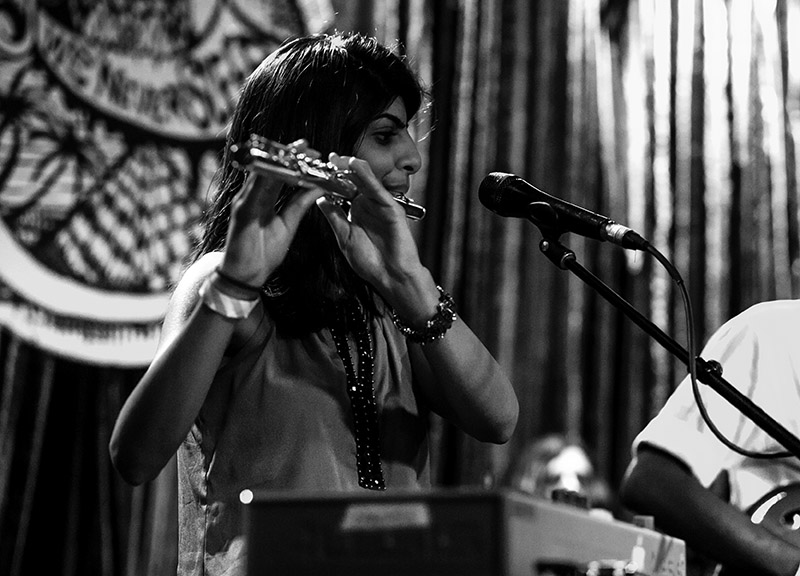 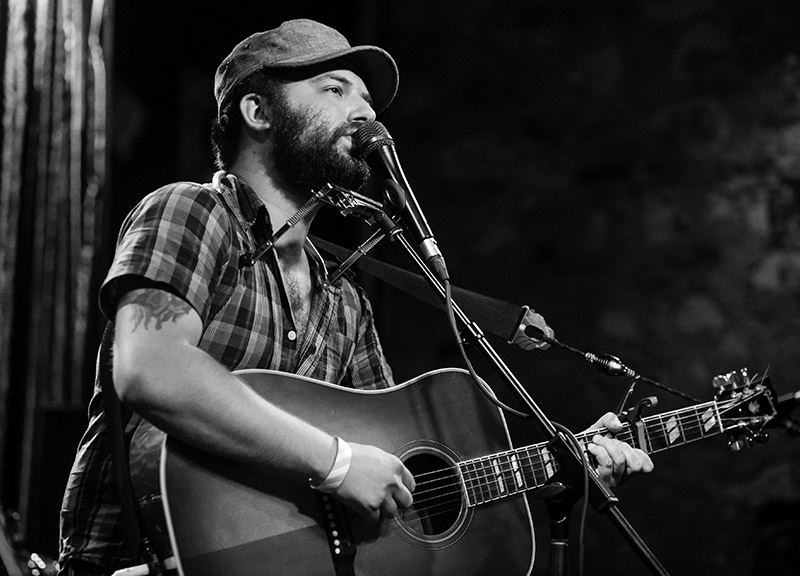 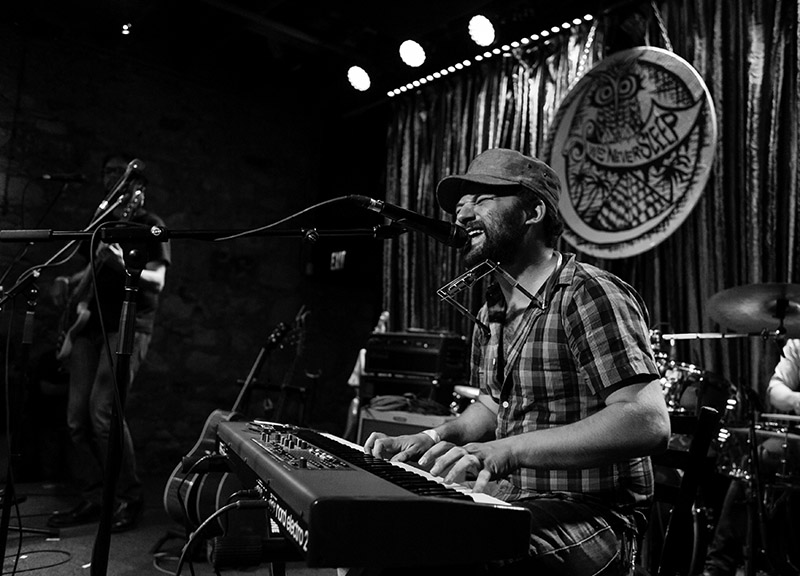 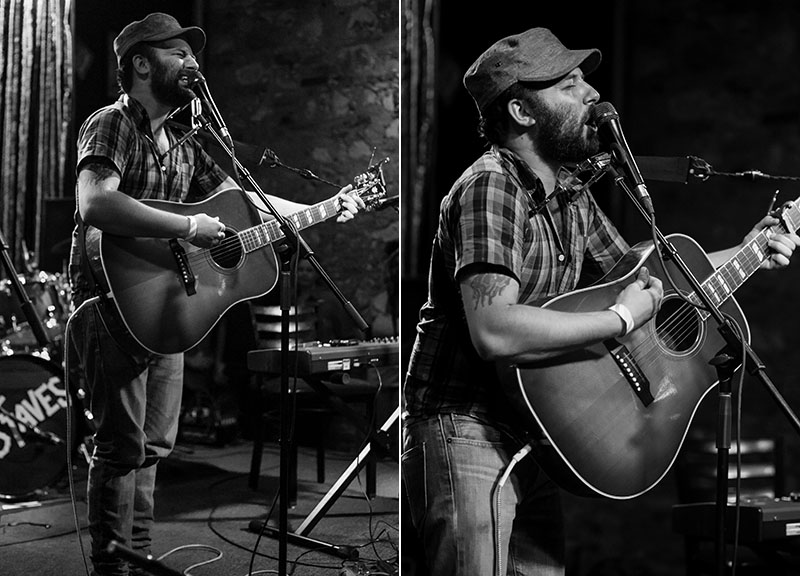 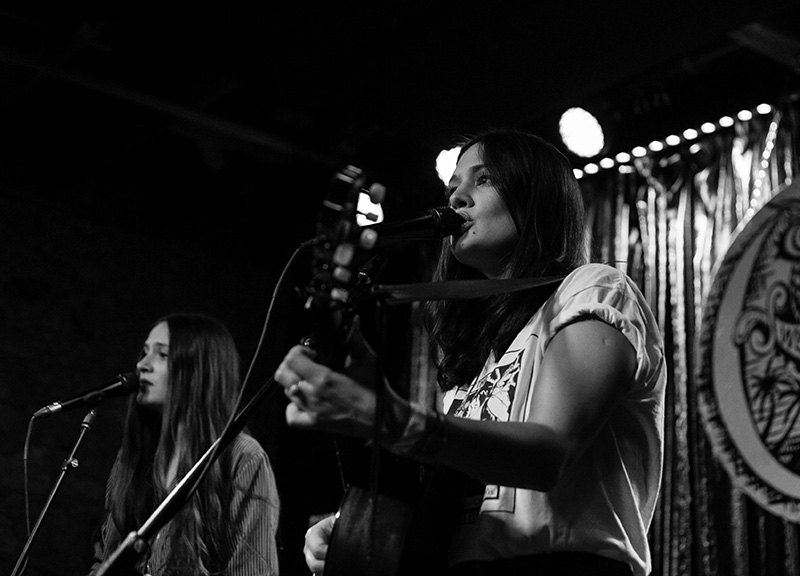 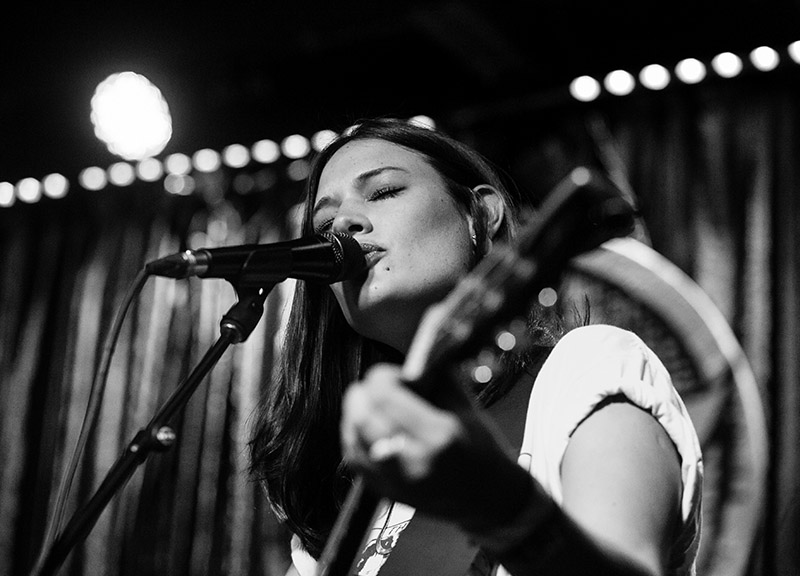 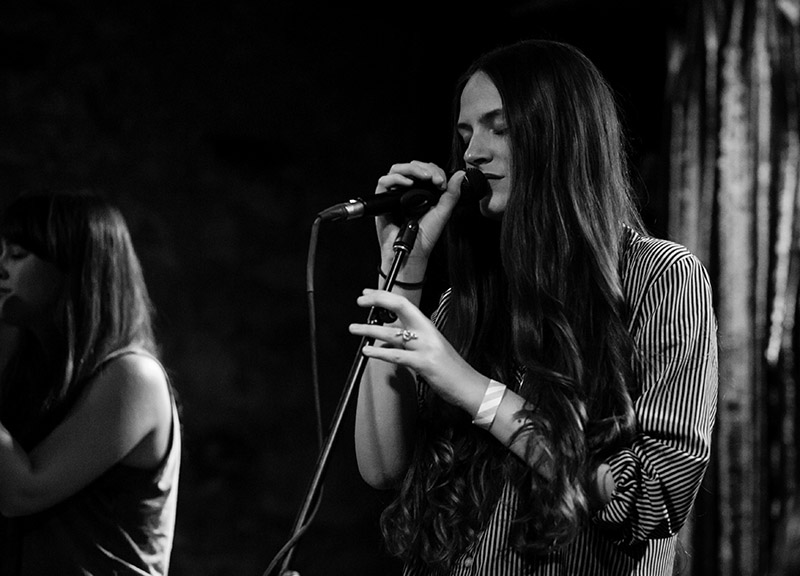 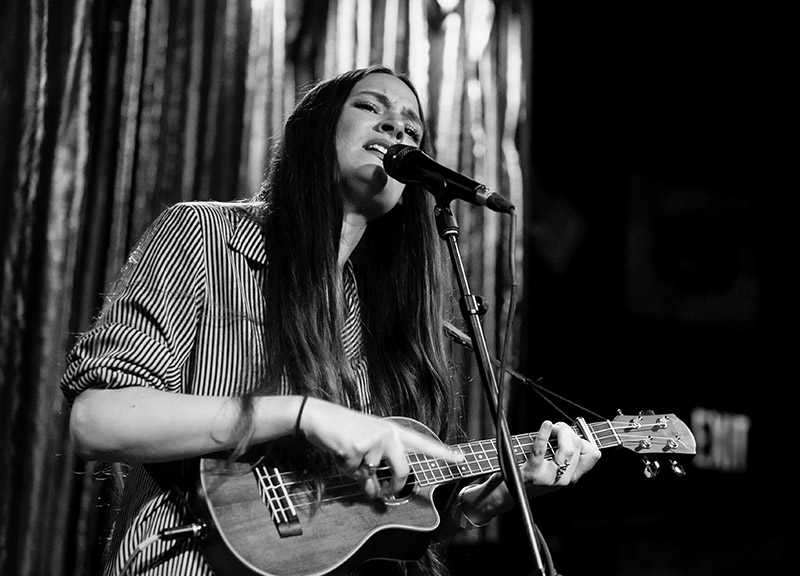 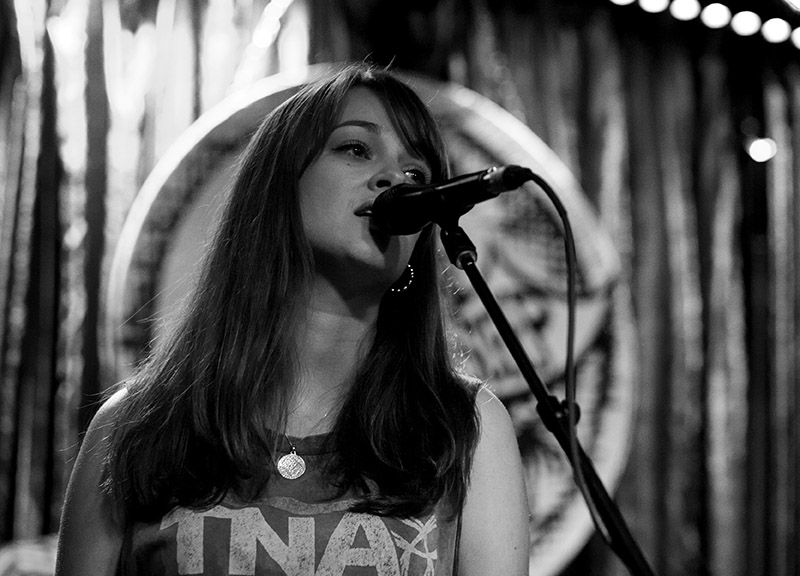 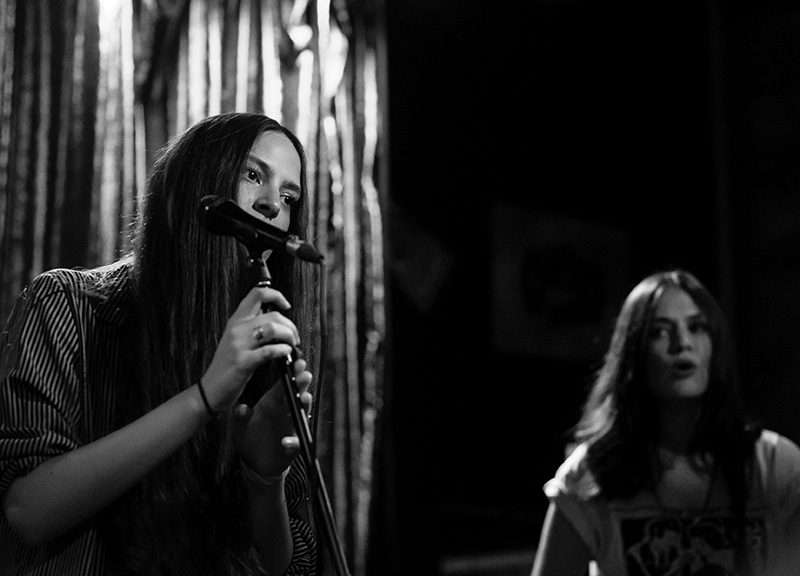 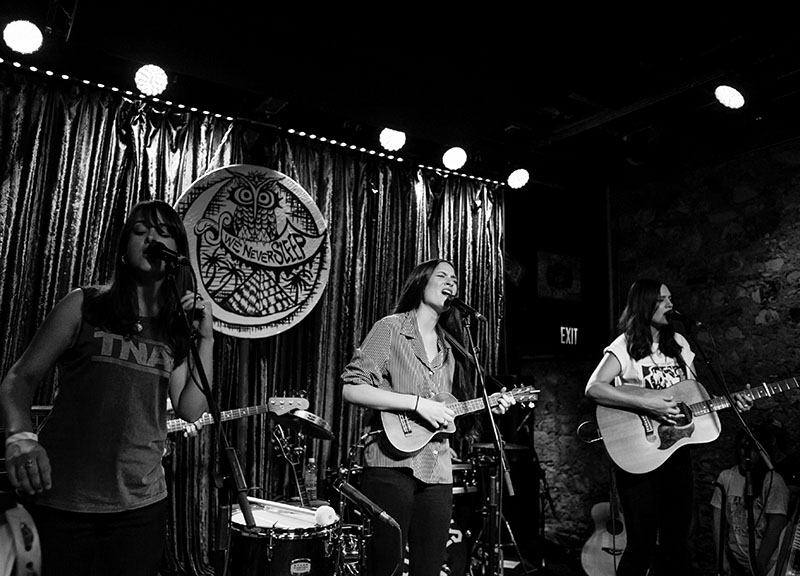 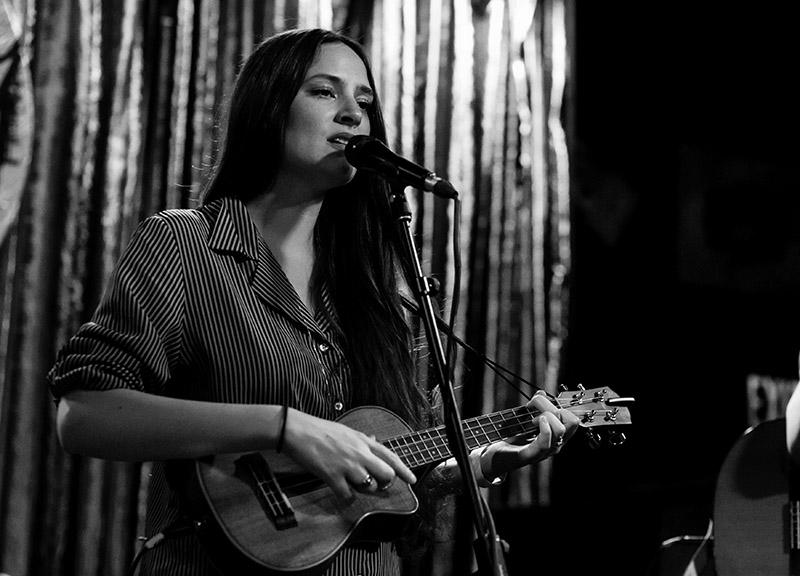 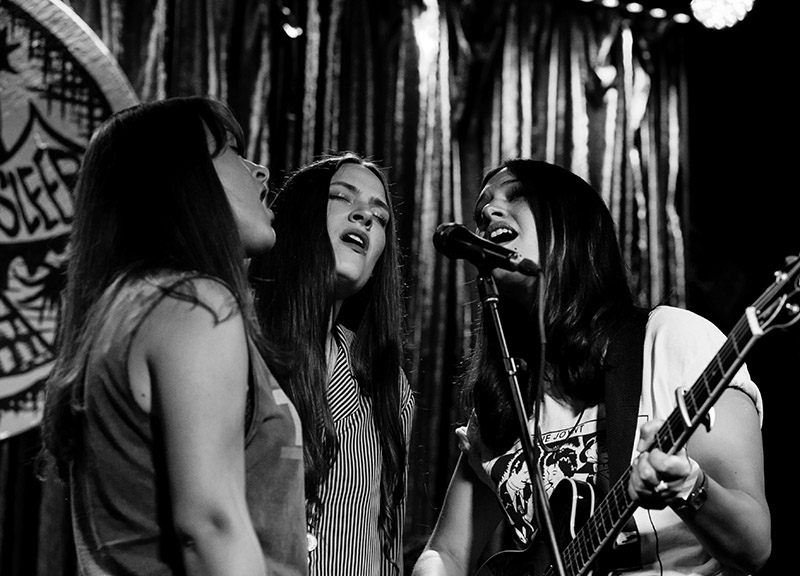 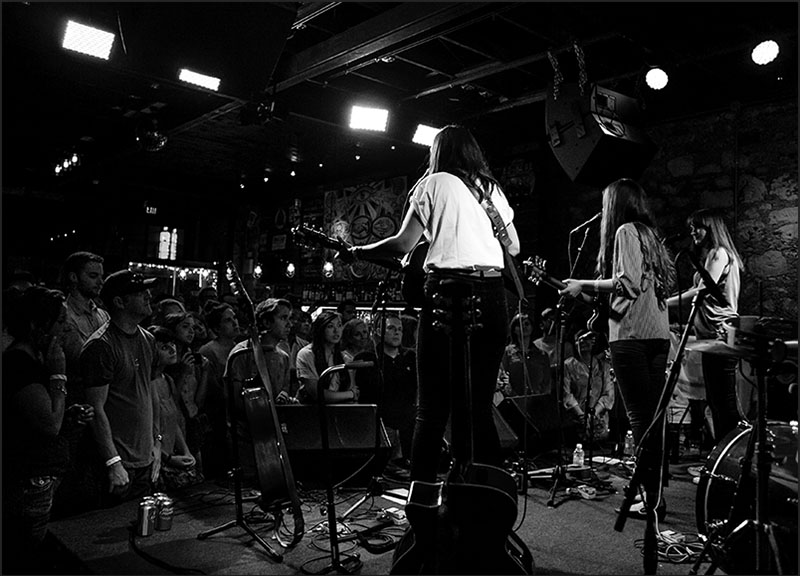